In the Spotlight: The woman who looked the Taliban in the eye, for peace
Khushboo Razdan 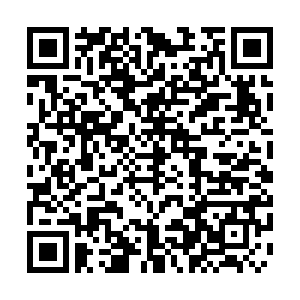 On March 8, 2010, Fawzia Koofi, the first woman MP of Afghanistan, was returning to Kabul after celebrating International Women's Day with her daughters and sister when her convoy was attacked by Taliban assassins. She managed to escape. Nine years later, Koofi sat across the table with men from the same group who tried to kill her – this time to negotiate peace.

"I went there to give them a message that yes we oppose each other to the extent that you tried to kill me, you jailed my husband, you denied Afghan women their rights and opportunities, but here I am to tell you that no matter what happened with me and other women in the past we will participate equally in the construction of our country and I am not asking you to give me that right because it is the right that my constitution has given me," Koofi said in an exclusive interview with CGTN Digital.

She was part of a pan-Afghanistan delegation that held several rounds of talks with the Taliban in Moscow last year. The Moscow effort ran parallel to the U.S.-Taliban peace negotiations in Doha, Qatar. "It was an interesting experience – initially tough because there were people who not only disliked women being physically present there, but also they didn't want to see the capabilities and qualities that we possess," she recalled.

Born in 1976 to the second wife of her politician father, Koofi described herself as an "unwanted child" in a 2015 TEDx Talks session. She was just over three years old when her father was killed by militants, before the Soviet invasion in 1978. She grew up during one of the most turbulent years of Afghanistan's history. But the worst was yet to come.

Her dream of becoming a doctor was shattered when the Taliban militants took over the country in 1996 and forbid women education and employment, imposing a hardline version of Islamic law.

"I was a teenager and entering into university when the Taliban took over and banned education for women among many other opportunities like work, and even the freedom to go out and visit a doctor. We were just supposed to stay at home. There were times when I did not get out of my house for months – it was a prison for women," she told CGTN Digital. 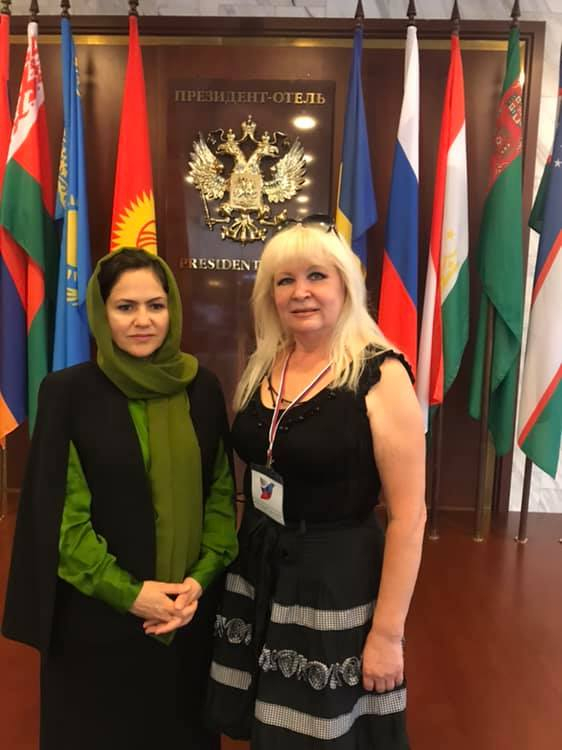 Fawzia Koofi, member of a pan-Afghanistan delegation in talks with the Taliban, is seen on the sidelines of the peace dialogue in Moscow, Russia, May 2019. /Courtesy of Fawzia Koofi via Facebook

Fawzia Koofi, member of a pan-Afghanistan delegation in talks with the Taliban, is seen on the sidelines of the peace dialogue in Moscow, Russia, May 2019. /Courtesy of Fawzia Koofi via Facebook

Koofi, who's also the first woman to become the deputy speaker of the Parliament, said that it was this injustice that drove her passion to become a politician.

"At every stage of my life I have experienced discrimination and injustice, and that gave me the courage to do something to change the circumstances. Especially during the Taliban rule, their behavior towards women was brutal and discriminative – that gave me the determination to join politics. After 2001, when the new era started for the country and the women were given their rightful rights to participate in political and social life I decided it was time for me join politics."

Since then, the Taliban were overthrown but not defeated. "Taliban have become more powerful than before – and the main reason behind that is disunity in the country, we are very divided. Also, with the U.S.-Taliban talks – the Taliban has got an upper hand to be morally stronger and our troops have become morally weaker. But that being said Taliban are a reality, they are there and they exist and we have to find a way to work and live together," she said.

After months of negotiations, the U.S.-Taliban peace deal was signed last week in Doha, Qatar. But within days, the Taliban resumed its attacks against Afghan forces and the U.S. conducted an airstrike against the militant group. On Friday, gunmen opened fire on a crowded event in Kabul attended by the opposition leader Abdullah Abdullah, killing at least 32 civilians. 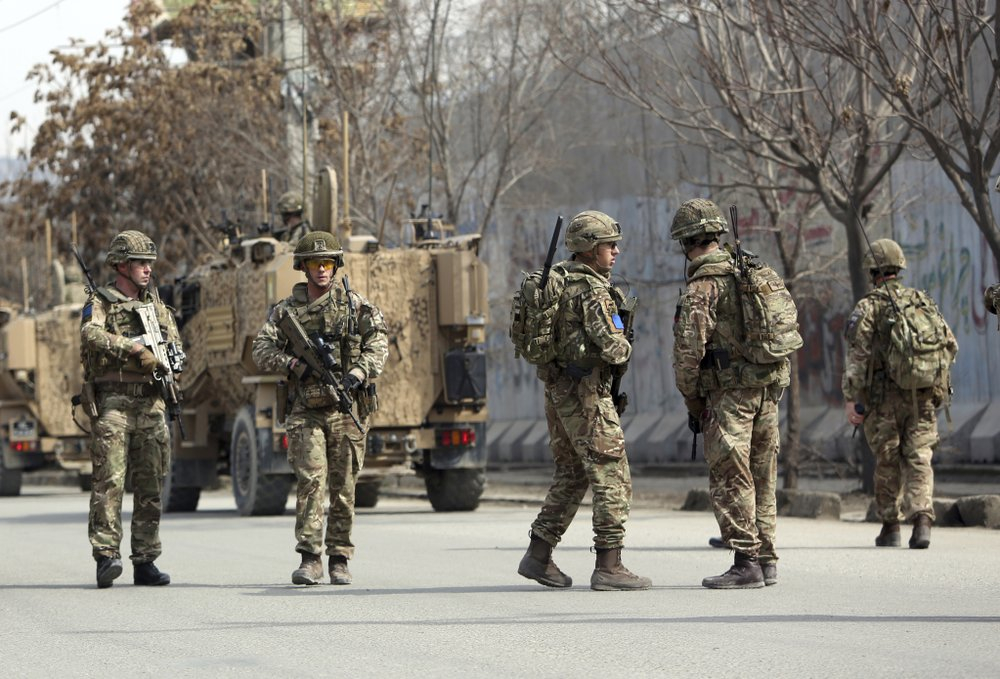 British soldiers with NATO-led Resolute Support Mission forces arrive near the site of an attack in Kabul, Afghanistan, March 6, 2020. /AP

British soldiers with NATO-led Resolute Support Mission forces arrive near the site of an attack in Kabul, Afghanistan, March 6, 2020. /AP

Koofi isn't surprised by the developments. "I must say that peace with Taliban or any sort of political settlement with Taliban may not result in absolute stability and peace in Afghanistan because there are other rebel groups in Afghanistan and in the region, like ISIL is a potential risk."

Security concerns aside, the U.S.-Taliban deal also fails to ensure the protection of women's rights. "I am very disappointed to be honest with the fact that initially in 2001 women's freedom was one of the major achievements the international community was reporting on but after 18 years when they say we are not here to kill our troops for the women of Afghanistan it is disappointing, in fact we are hurt," Koofi told CGTN Digital. 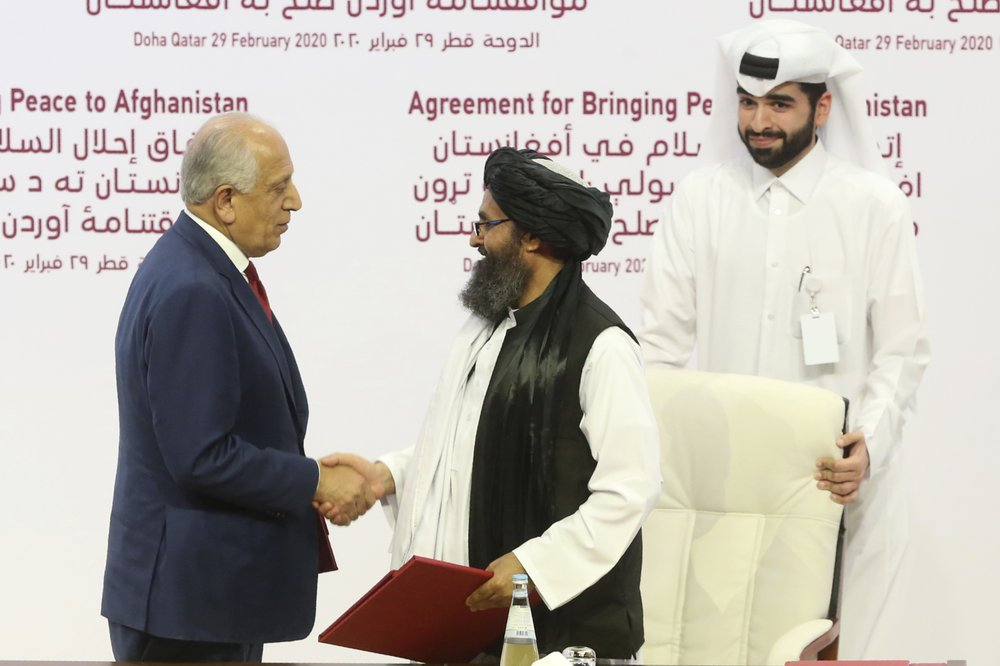 She's upset but still optimistic about the proposed intra-Afghan talks. "We will be having intra-Afghan talks and I think during those talks women's rights will be one of the major issues for discussion and I hope that the delegation that will go to these talks will take this matter seriously because it is interconnected with many other issues like freedom of expression and speech, freedom to participate in politics, the way governments are formed – so it is not a stand-alone issue."

Speaking about her own political future, Koofi has a clear goal in mind. "At the end of the day, the aim is to go higher. I have never denied that I am interested in Afghanistan to be ruled by a woman – why not? I am eligible – like many other women, for this post. I have lived here all my life, I have dedicated my time for the people of Afghanistan and as a lot of men who think they are eligible to become the president of Afghanistan – I also see myself eligible."