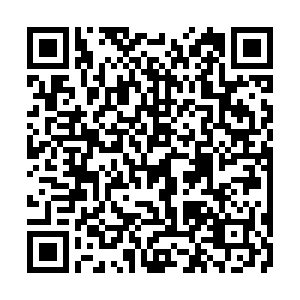 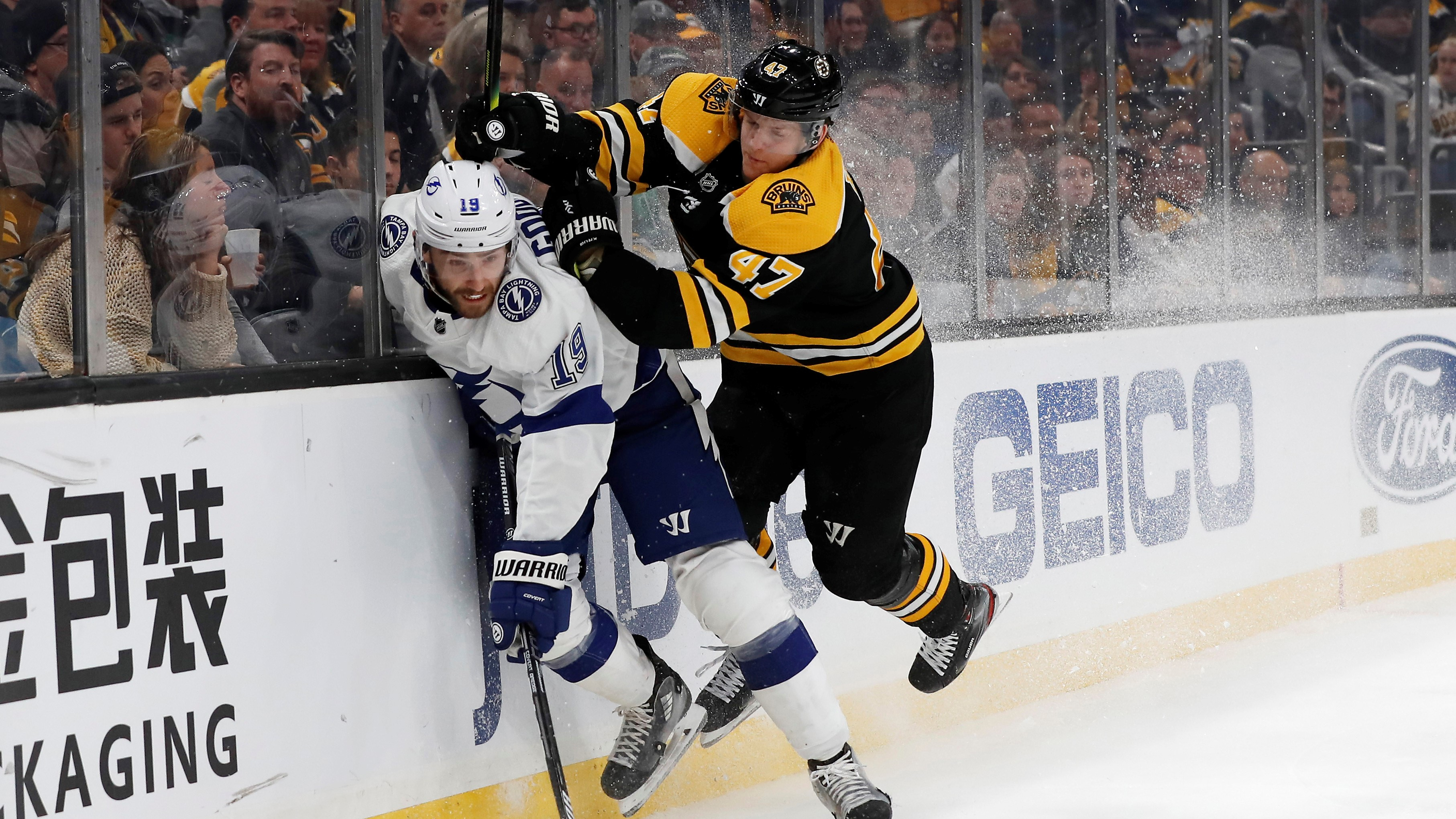 Torey Krug (R) of the Boston Bruins checks Barclay Goodrow (L) of the Tampab Bay Lightning into the boards in the game at the TD Garden in Boston, Massachusetts, March 7, 2020. /AP

Torey Krug (R) of the Boston Bruins checks Barclay Goodrow (L) of the Tampab Bay Lightning into the boards in the game at the TD Garden in Boston, Massachusetts, March 7, 2020. /AP

The Tampa Bay Lightning took the lead with two short-handed goals on the same power play and then held off the Boston Bruins.

Anthony Cirelli and Mikhail Sergachev scored short-handed goals just 1:02 apart in the first period and the Lightning beat the Bruins 5-3 on Saturday night.

"It was an entertaining, gutsy game by both teams and we came out on top," Tampa Bay coach Jon Cooper said.

Andrei Vasilevskiy made 35 saves to help the Lightning get even for a 2-1 loss at home to the Bruins four days earlier. The physical rematch left both teams a little bloody and looking forward to possibly meeting again in the playoffs.

By the time it was over, the Lightning and Bruins combined for 36 penalties and 96 penalty minutes in their second meeting in four days.

"I think both of us feel we're the best in the Atlantic (Division). We went there and got the two points in their building and they wanted to respond," Boston coach Bruce Cassidy said. "They were more ready to go off the puck drop than we were and that ended up being the difference in the game."

Boston still leads the Eastern Conference with 98 points, eight points ahead of the Lightning.

David Pastrnak scored his 48th goal for the Bruins, who had won four straight but couldn't rally back from their early deficit. Charlie McAvoy had a goal and an assist and Sean Kuraly also scored for Boston. Tuukka Rask stopped 20 shots.

"That was a great game. A lot of physicality and good plays at both ends of the ice," Rask said. "Obviously, it feels better when you come (out) as a winner, but I thought that was a great way to show our character – always stick up for each other and just fell short."

Boston pulled to 3-2 on goals by McAvoy and Kuraly in the second period, which was held up twice when all five skaters for both clubs locked up after the whistle. The second time started with Zdeno Chara and Pat Maroon tangling near center ice and their teammates followed with 1:06 left. The stoppage gave officials a chance to review what was initially called no goal when Tampa Bay's Brayden Point swept the puck from the goal line, but the replay showed the puck made it all the way over the line and the Bruins had pulled to 3-2.

Kuraly was credited with the goal and McAvoy got an assist.

Another scrum followed the horn at the end of the second period and led to more penalties.

Cirelli's goal 5:08 into the first put the Lightning up 1-0 just seven seconds after Tampa Bay forward Barclay Goodrow went off for elbowing. The Lightning scored again – on the same power-play – 1:02 later after a turnover by the Bruins just outside their zone and Yanni Gourde set up Serbachev for a one-timer from the slot.

Paquette put Tampa Bay up 3-0 early in the second period with his seventh of the season.

Boston's Chris Wagner and Goodrow served two-minute penalties in the first period for unsportsmanlike conduct after being separated before either could throw a punch. The penalties only delayed the bout as both came out of the box and immediately threw down their gloves.

Goodrow, acquired by the Lightning in a trade with San Jose last month at the deadline, said he's enjoyed his first two games in the Atlantic Division rivalry.

"Once you play in it, you realize it right away – there's no dipping your foot in the water. You're in it and it's fun. These are the games you love to play in," Goodrow said.

Maroon, who played for St. Louis last season when the Blues beat the Bruins in seven games in the Stanley Cup Final, said winning in Boston is never easy. He said he took on Chara when Boston's 6-foot-9 captain went after Sergchev following a hit from behind.

"The look on his face, I kind of got nervous there," Maroon said. "I was just trying to do my job. I'm here to protect my teammates any way I can and stick up for them."

Other results on Saturday (home teams in bold):