The military nurses attending to patients in Wuhan
By Zhou Jiaxin, Zhu Shuying 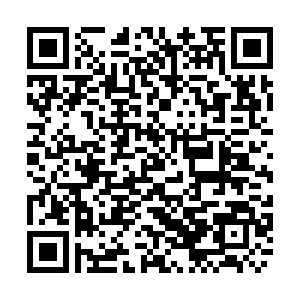 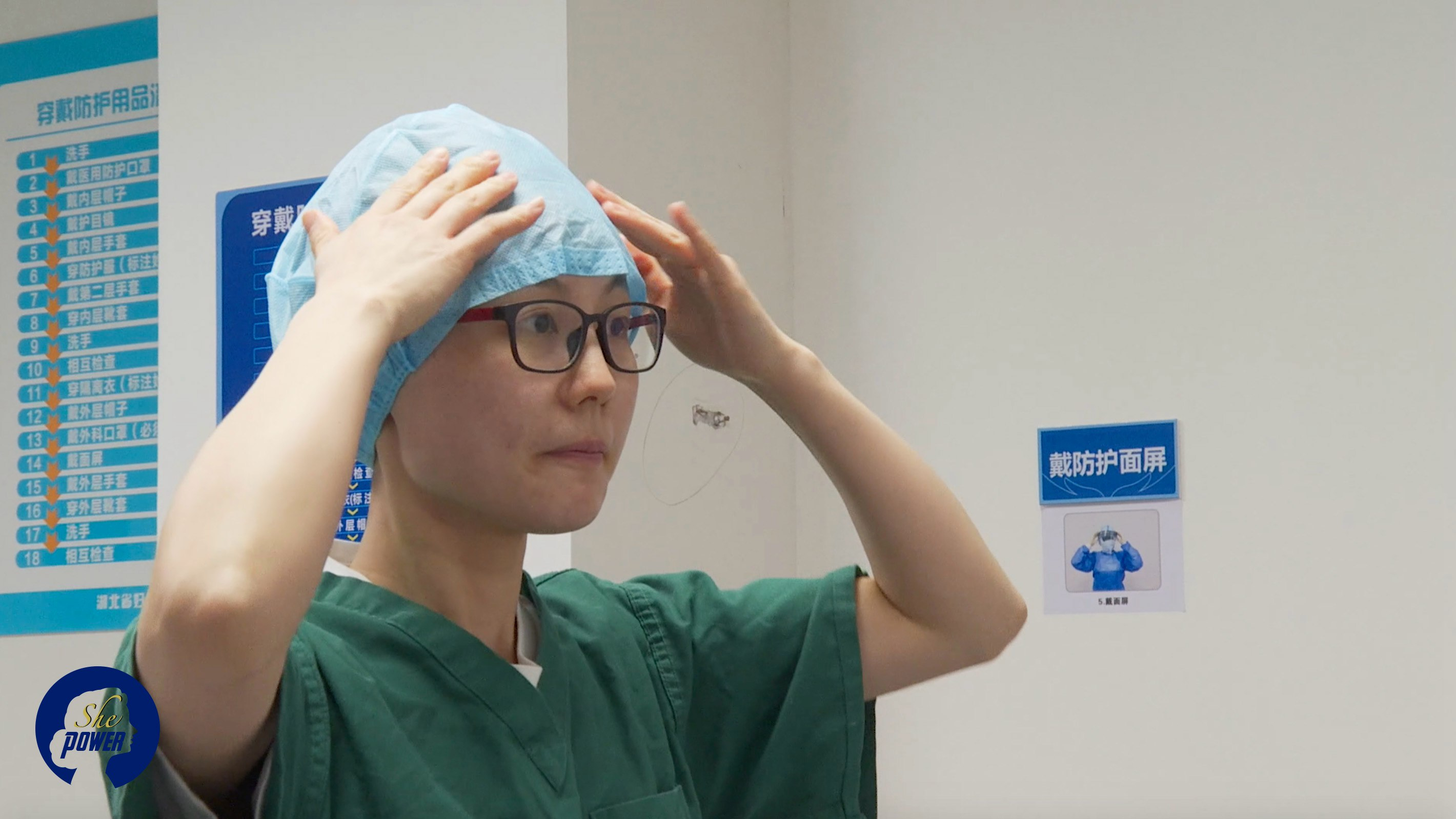 Coming to Wuhan is genuinely for a battle, said Yang Banglan from the naval medical aid team.

Born in what is believed to be an era of peace, Yang admitted she felt a little nervous at the beginning because she has never experienced a "wartime" epidemic.

But that fear was all gone after she boarded a flight with others like her, singing the song, "My Motherland and Me."

Inside the hospital, "red area" refers to where the isolation wards, or the contaminated areas, while the rest is the "green area." But Sun Yan, whose job is to make sure Yang and others going into the red area safely, believes the coronavirus could be elsewhere. 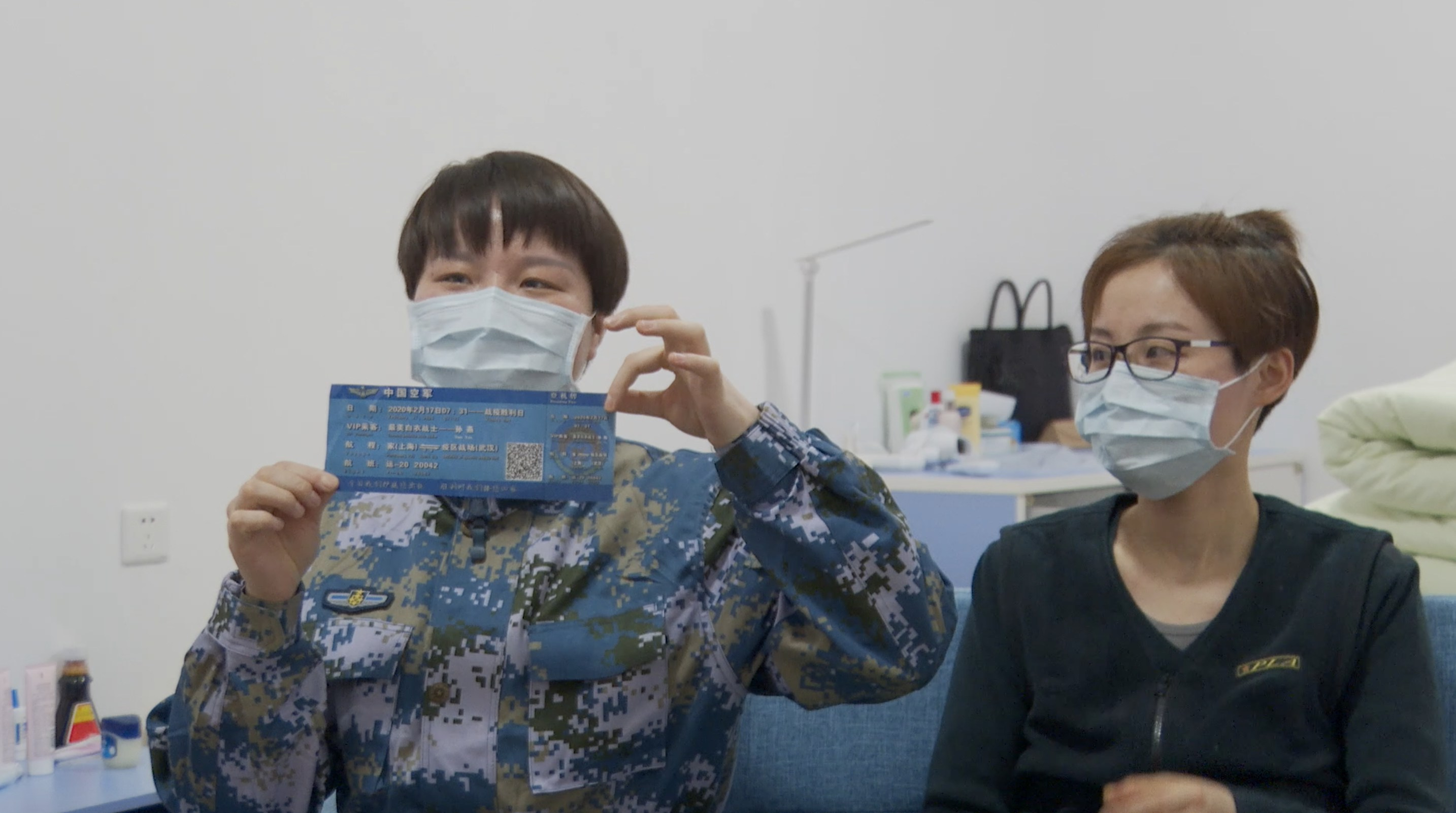 Approaching the night shift, Yang is used to no drinking for more than four hours. What's more, punctures, foggy goggles, red skin from tight gear cannot be totally avoided inside.

A restless man eager to go home is waiting for her help. He doesn't know his wife lost her battle with COVID-19 in another hospital. He waits for a phone call from his daughter, which he gets the next morning.

Among throngs of patients from nursing homes, many suffer from things like paralysis, cerebral infarctions, Alzheimer's and incontinence, Sun said, noting communication with them is likely difficult.

"They don't have family here, but they have us," the 26-year-old said. "We assure them of food, drink, sleep and a clean body, and that's our best care for them." 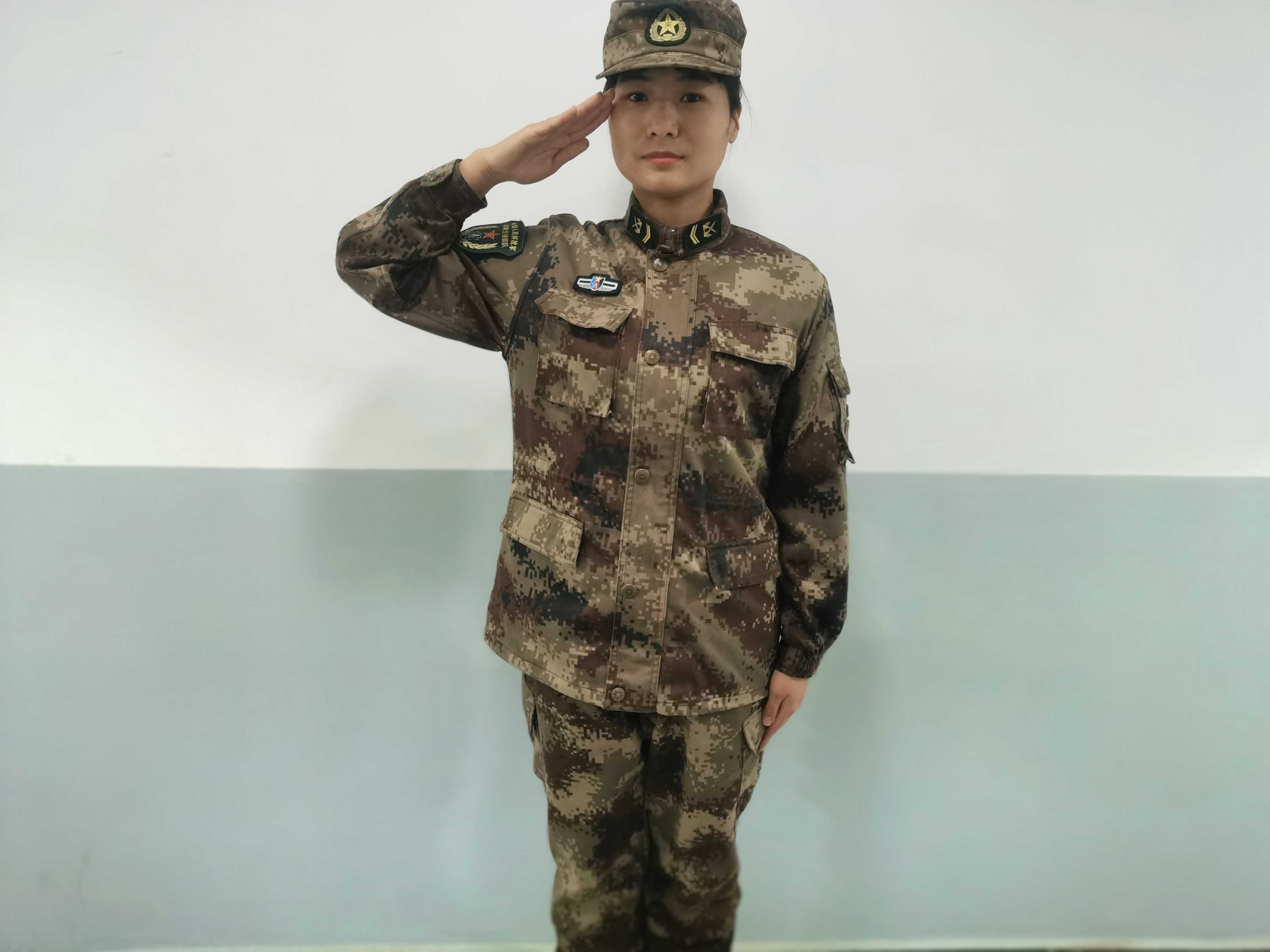 Liu Dan poses a salute in her Wuhan's dormitory. /CGTN

Liu Dan poses a salute in her Wuhan's dormitory. /CGTN

Many patients have to endure major distress, but they try to cooperate, said Yang.

"Care in the ward wins respect," she said, citing a patient who saluted her despite having difficulty moving when learning they were military medics over a chat. "We felt our work was valued that moment."

Four a.m., and saving lives on the line went on with extreme pressure.

"I would be afraid if that patient's condition deteriorates during my duty," said 28-year-old Liu Dan.

Disappointments are among them, she said, adding otherwise they would feel great and proud if they help save one. She admits some patients upon their arrivals are suicidal...at least in thought.

"They were very fearful, and they barely had confidence or desire to live anymore," Liu said. "But after some psychological assistance, we filled them with new hope." 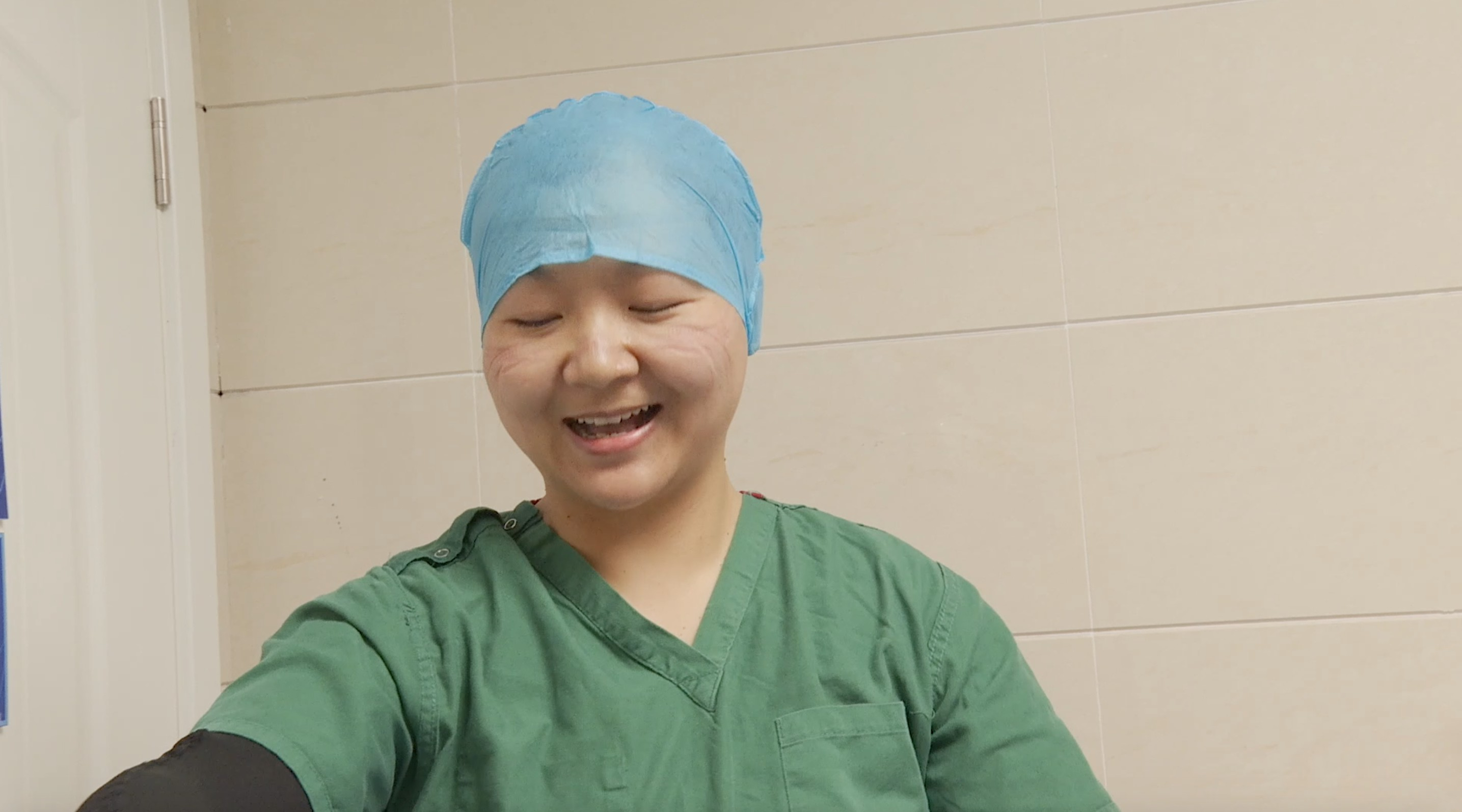 Chen Cui smiles after taking off the mask in the buffer room. /CGTN

Chen Cui smiles after taking off the mask in the buffer room. /CGTN

Due to an underlying disease, the man cannot move on his own. Chen and her fellow neurologists will massage and pat him down.

Chen said such responsive attention is particularly required in wards, including helping younger patients with things like their online studies.

Her strong feelings of being needed were ignited on the first day when the military medics arrived at the temporary hospital. The police at the gate gave them a salute, and didn't put down his arm until all of them entered.

"We knew then that expectations would be high," Chen said. "And that's garnered us great pride and motivation to fight for them every single day."

For Sun Yan, her supreme moment began when she left for Wuhan.

"It began from the moment I came here, and now in Wuhan," she said with pride.