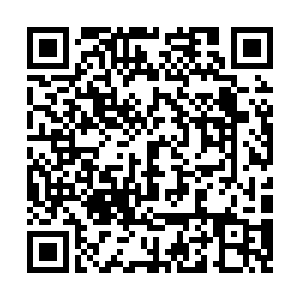 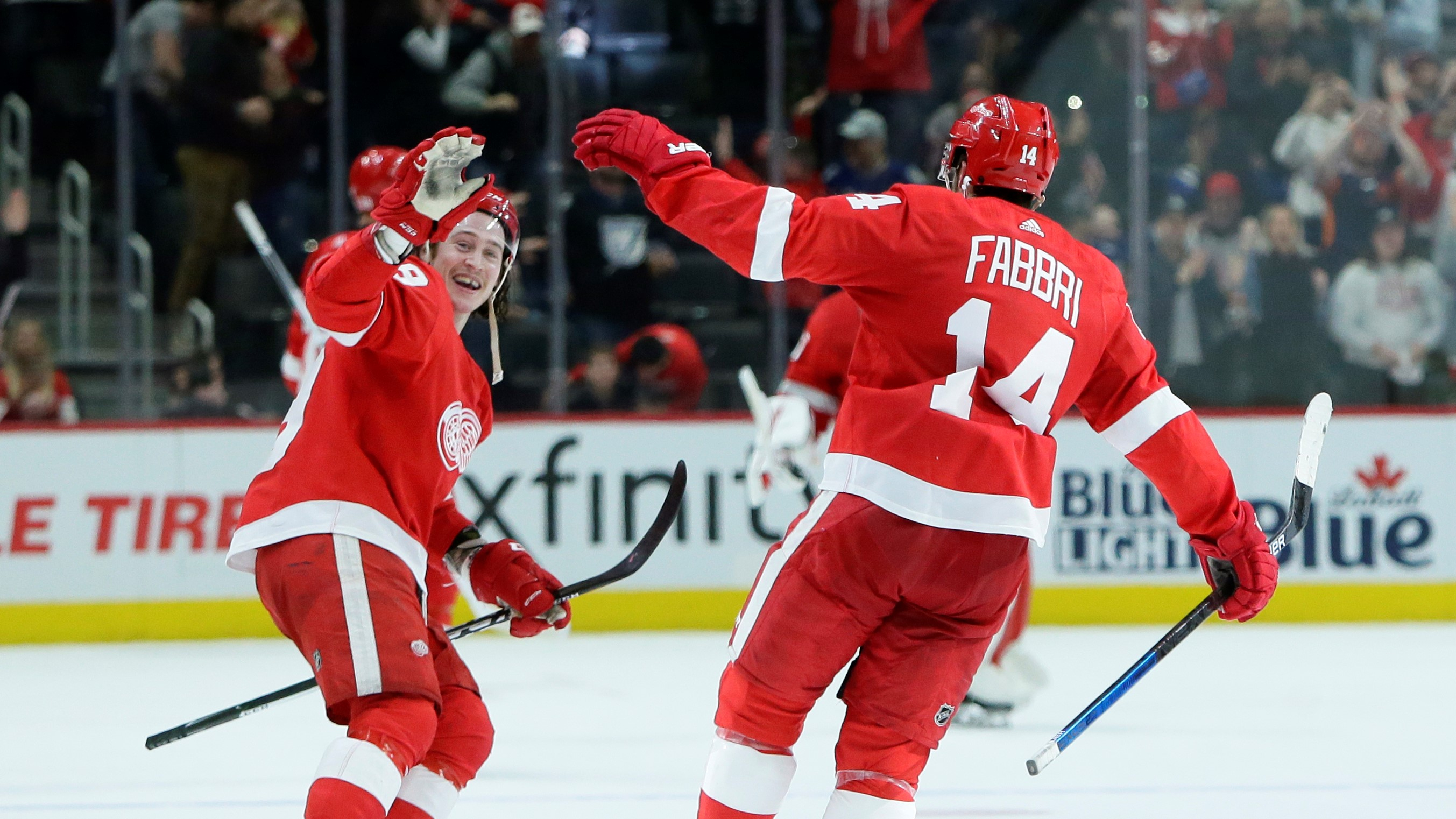 Robby Fabbri #14 and Tyler Bertuzzi of the Detroit Red Wings celebrate after scoring in the game against the Tampa Bay Lightning at the Little Caesars Arena in Detroit, Michigan, March 8, 2020. /AP

Robby Fabbri #14 and Tyler Bertuzzi of the Detroit Red Wings celebrate after scoring in the game against the Tampa Bay Lightning at the Little Caesars Arena in Detroit, Michigan, March 8, 2020. /AP

Robby Fabbri scored the winning goal in a shootout to lift the Detroit Red Wings over Tampa Bay 5-4 on Sunday, snapping a 16-game losing streak against the Lightning in the regular season.

Fabbri opened the scoring in similar fashion, beating goalie Curtis McElhinney on a breakaway in the first period as well. Anthony Mantha and Tyler Bertuzzi each had a goal and three assists for the Red Wings, who won despite blowing a 4-2 lead in the third period. Dylan Larkin also scored for Detroit.

"We knew they played last night. We wanted to jump on them early, and we did," Larkin said. "We knew they could score, so when we got up two, it was a good cushion, but they're an explosive offensive team so they responded. It made for a good hockey game, and it was nice that we stuck it out."

Brayden Point scored two goals, and Carter Verhaeghe and Pat Maroon had one apiece for the Lightning, who completed an unusual weekend in which they beat the team with the NHL's best record (Boston) on Saturday night and then lost a day later to a Detroit team with by far the league's worst mark.

"We didn't make too many errors, but the ones we did were pretty glaring," Tampa Bay coach Jon Cooper said.

Mikhail Sergachev scored for the Lightning in the shootout, but Larkin equalized. In the third round, Detroit goalie Jonathan Bernier denied Nikita Kucherov. Then Fabbri tucked the puck past McElhinney with a backhand.

Fabbri opened the scoring when he came off the bench on a change just before Bertuzzi gained control of the puck in the defensive zone. Bertuzzi made a simple pass up to Fabbri, who was behind everyone and scored on a breakaway.

The Lightning tied it on the power play in the second when Tyler Johnson battled for a loose puck in front and was able to backhand it over to Point, who had plenty of net to shoot at.

Verhaeghe put Tampa Bay ahead later in the second when his shot appeared to take a deflection off Detroit's Luke Glendening and sailed past Bernier.

The Red Wings tied it at 2 with 14.3 seconds left in the period. Mantha skated in along the right side and sent the puck toward the goalmouth, where it stayed loose long enough for Larkin to knock it in for his 19th goal of the season.

Mantha scored on the power play early in the third, then Bertuzzi made it 4-2. Point pulled the Lightning within one when he scored his 25th goal of the season with 14:05 remaining.

Tampa Bay tied it when Bernier couldn't hold onto Luke Schenn's shot with his glove, and the puck ended up sitting on the doorstep for Maroon to put away with 8:41 remaining.

But the Red Wings were able to get through regulation and overtime without allowing another goal.

"Part of learning is understanding when things go the wrong way, to push back," Detroit coach Jeff Blashill said. "I thought we did a pretty good job of that tonight."