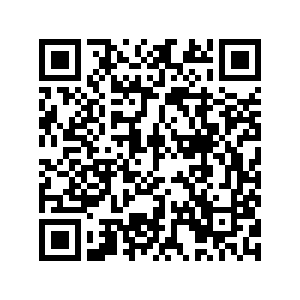 With the passing of the Taiwan Allies International Protection and Enhancement Initiative (TAIPEI) Act of 2019 by the U.S. House of Representatives, the U.S. government is required to adjust economic, security and diplomatic ties with other countries according to their relations with the Taiwan administration.

Washington's move, in violation of the One-China principle and the three joint communiqués it signed with China around four decades ago, is aimed at containing China's development and setting up barriers to the nation's peaceful re-unification, as well as maintaining its hegemony by instigating antagonism across the Taiwan Strait.

China has expressed its firm opposition against the U.S. move which is a blatant intervention in China's internal affairs.

Since Tsai Ing-wen took office in 2016, seven countries have aligned themselves with the universal consensus of the One-China principle to establish or restore diplomatic relations with China after severing "ties" with Taiwan.

These countries include El Salvador and the Solomon Islands, which severed diplomatic ties with Taipei in 2018 and 2019 respectively, despite pressure from the United States. Such decisions are in line with the global trend and those countries' national interests.

As of now, 180 countries have formed diplomatic relations with China, which has been treating them as equals regardless of their size or levels of development and has carried out cooperation aimed at bringing mutual benefits.

As Kiribati's President Taneti Mamau said during his visit to China in January, his country made the decision to restore diplomatic ties with China based on trust and confidence in the country.

The TAIPEI Act, as an attempt to obstruct other countries from establishing diplomatic ties with Beijing, is unable to help Taipei preserve or expand its "international space."It will lead to the opposite effect of cross-Strait relations being hampered, Taiwan's political and economic environment being harmed, and the interests of people living on the island being hurt.

Taiwan is simply a chess piece for some U.S. politicians who are fishing for economic benefits and political gains. Taiwan's future lies in national reunification, and the well-being of the people in Taiwan depends on China's rejuvenation.

The Taiwan issue concerns China's core interests. No external intervention can waver China's determination to end the separation or stop the pace of China's national reunification.