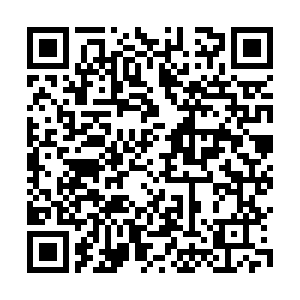 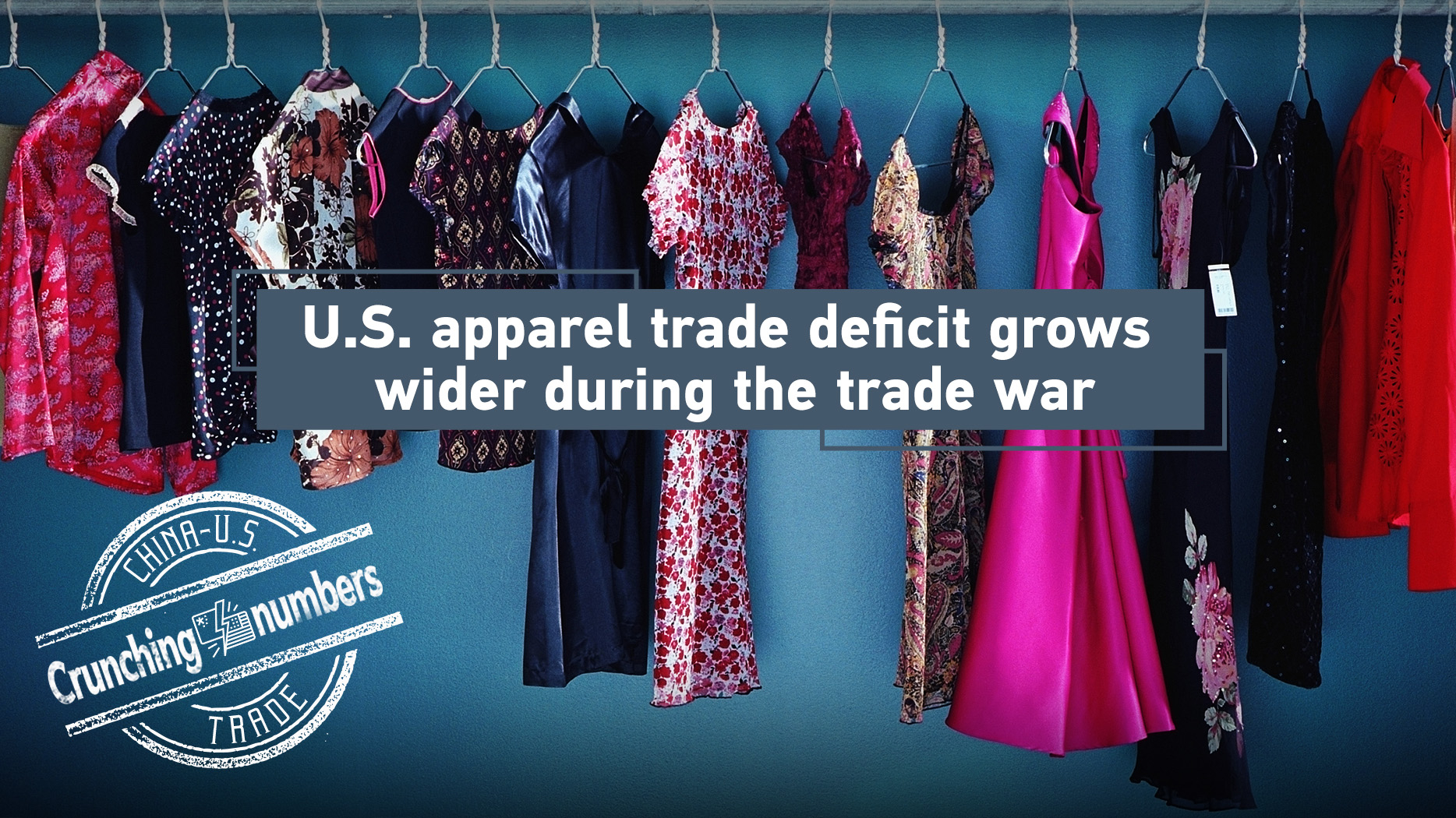 Today, one of the biggest challenges for the U.S. fashion industry is to find ways of increasing production and reducing sourcing costs, especially after an additional 15 percent tariff came into effect on September 1, 2019. Even before then, fashion companies eager to find alternatives to China had started to diversify their sourcing.

Nevertheless, the road is bumpy.

"There is not enough capacity outside of China and capacity will start to come at a higher premium in other countries such as Bangladesh and Vietnam," said a respondent in a survey conducted by the United States Fashion Industry Association (USFIA).

It seems that the trade war has indeed accelerated companies' pace of reducing their sourcing from China but has not shaken China's role as a dominant textiles and apparel supplier.

Clothing is one of the largest categories among U.S. goods imported from China, accounting for about 40 percent of the U.S. apparel market. In terms of its import value, California and New York occupy first and second place respectively among American states.

Amid the trade friction, differences have emerged between those two states regarding the choice of new suppliers, indicating contrasting strategies for clothing import structure adjustment to avoid heavier tariffs. 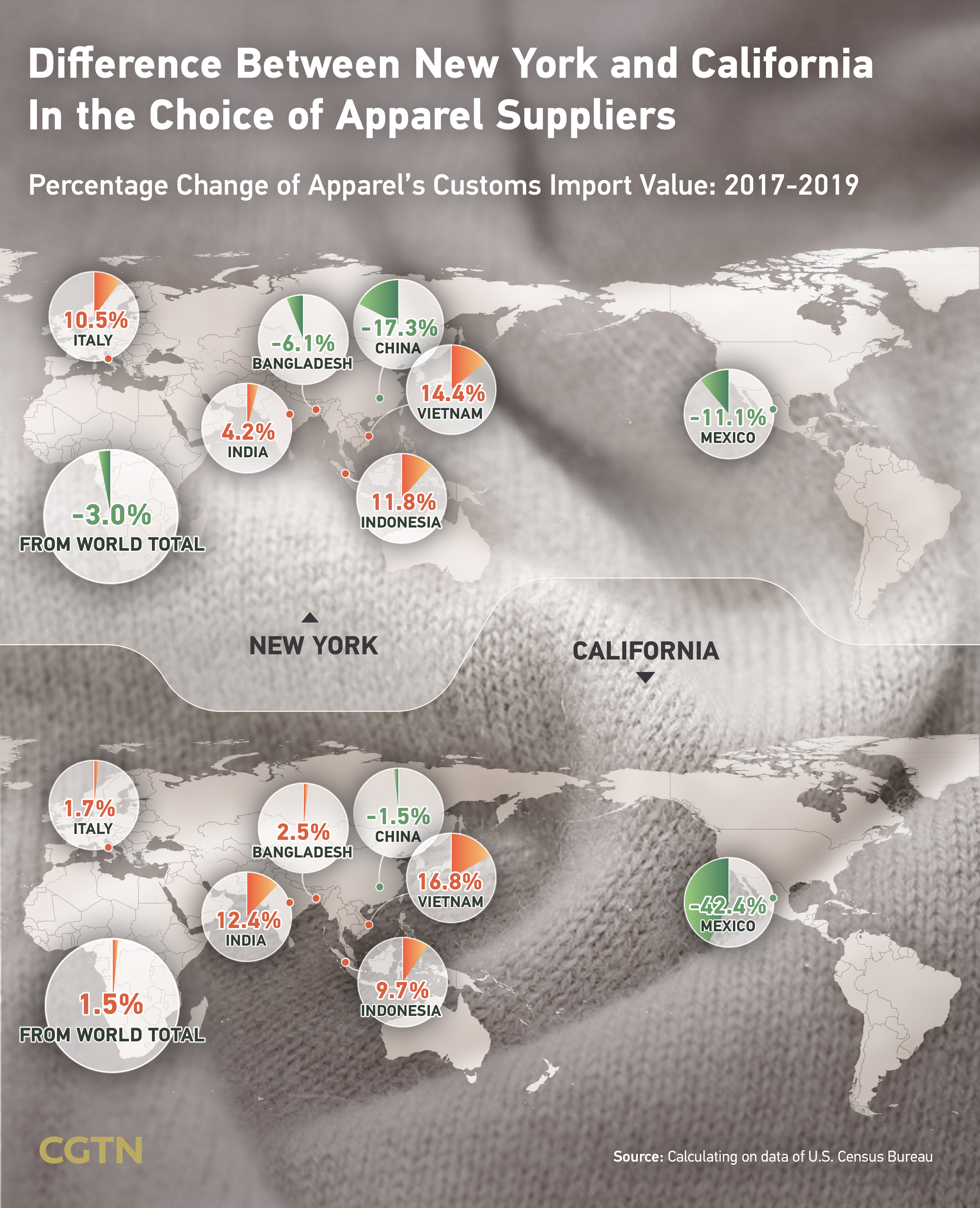 Data from the U.S. Census Bureau reveal that during 2017-2019, California upped its apparel imports from Vietnam and India by 16.8 percent and 12.4 percent respectively, while import value from China decreased slightly by 1.5 percent. Notably, Mexico was kind of "the abandoned" with a 42.4 percent drop. It proves that additional tariffs have ushered California to seek new countries with cheaper labor, but not diminished its dependence on Chinese goods significantly.

As for New York, it imported more apparel from Italy, Vietnam and Indonesia, while its import value from China decreased by 17.3 percent, much faster than that of California. But actually, in countries such as Italy, apparel factories run by Chinese people have already occupied increasingly important positions in recent years, which implies that the adverse impact of a trade shift would not be as severe as expected on Chinese merchants.

What is really noteworthy is that the transformation of the import structure in California and New York represents what is happening in the whole country. The China-U.S. trade war apparently accelerated sourcing diversity of U.S. apparel imports, but this may not weaken China's influence in the global clothing industry.

From 'China dominance' to 'China plus many'

Around China, a global center of the apparel industry seems to be shaping up in South and Southeast Asia.

Admittedly, China's competitiveness in the U.S. apparel market is slowly declining as costs rise due to tariffs, and China is no longer regarded as a "cheap place" to make garments. Consequently, the most common sourcing model is shifting from "China dominance" to "China plus many."

In terms of percentage changes, the U.S. total import value from China decreased by 9.6 percent during the 2017-2019 period, while it climbed by 17.0 percent from Vietnam, 17.3 percent from Bangladesh, 10.3 percent from India and as high as 24.6 percent from Cambodia, data published by U.S. Census Bureau showed. 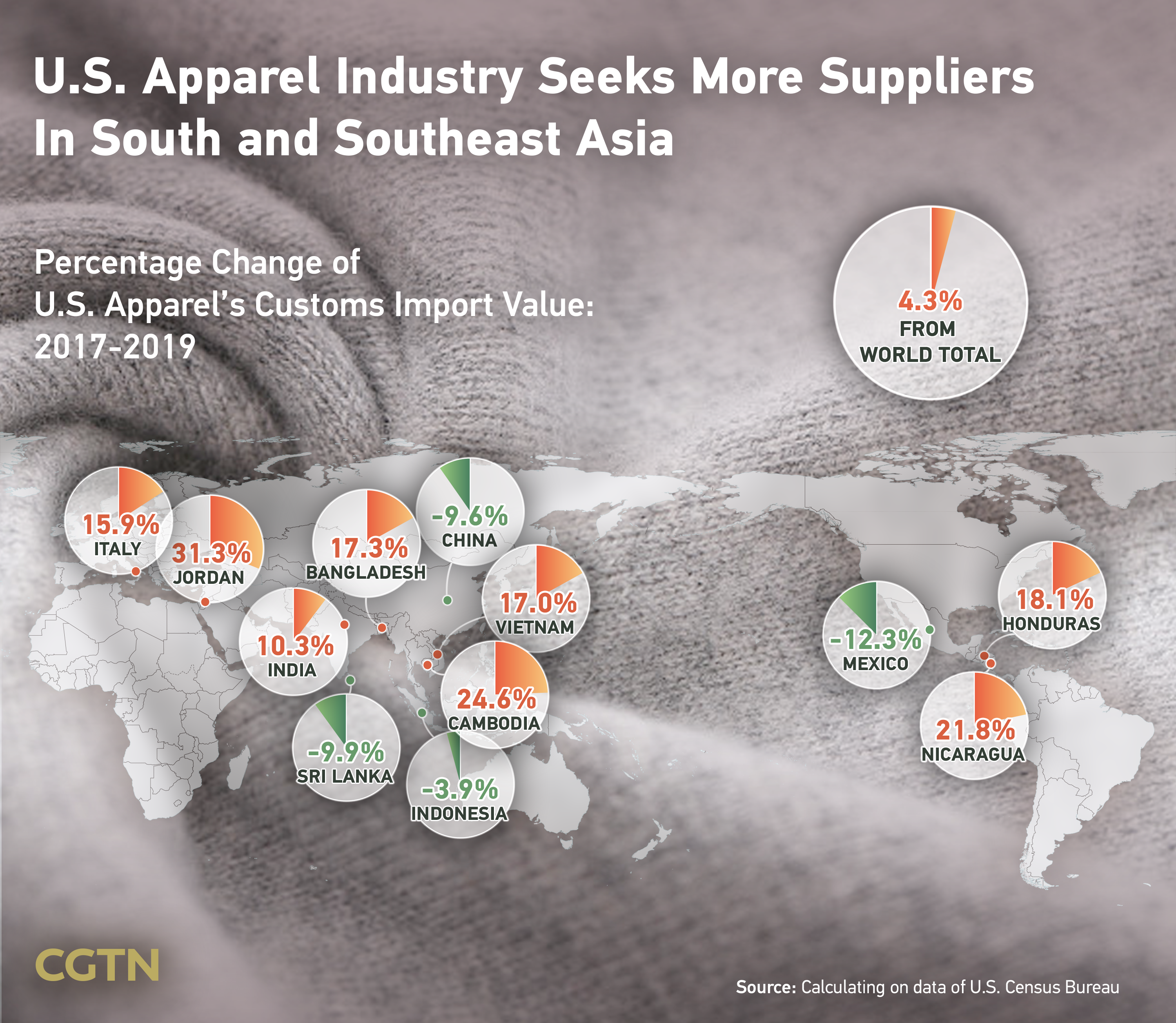 When the U.S. is finding ways to adjust its apparel import structure, South and Southeast Asian countries are playing bigger roles. Countries like Vietnam, Bangladesh and India are gradually becoming alternatives or complementary to China.

The U.S. Fashion Industry Association's 2019 survey showed that respondents report sourcing from as many as 48 countries or regions in 2019, led by China (100 percent), Vietnam (86 percent) and India (86 percent). Asia as a whole continues to take the lead as the dominant sourcing base for U.S. fashion companies.

When Chinese clothing fell in the American market, the U.S. apparel trade deficit with the world grew even wider during 2018 and 2019, rising by 1.55 percent according to the U.S. Census Bureau. 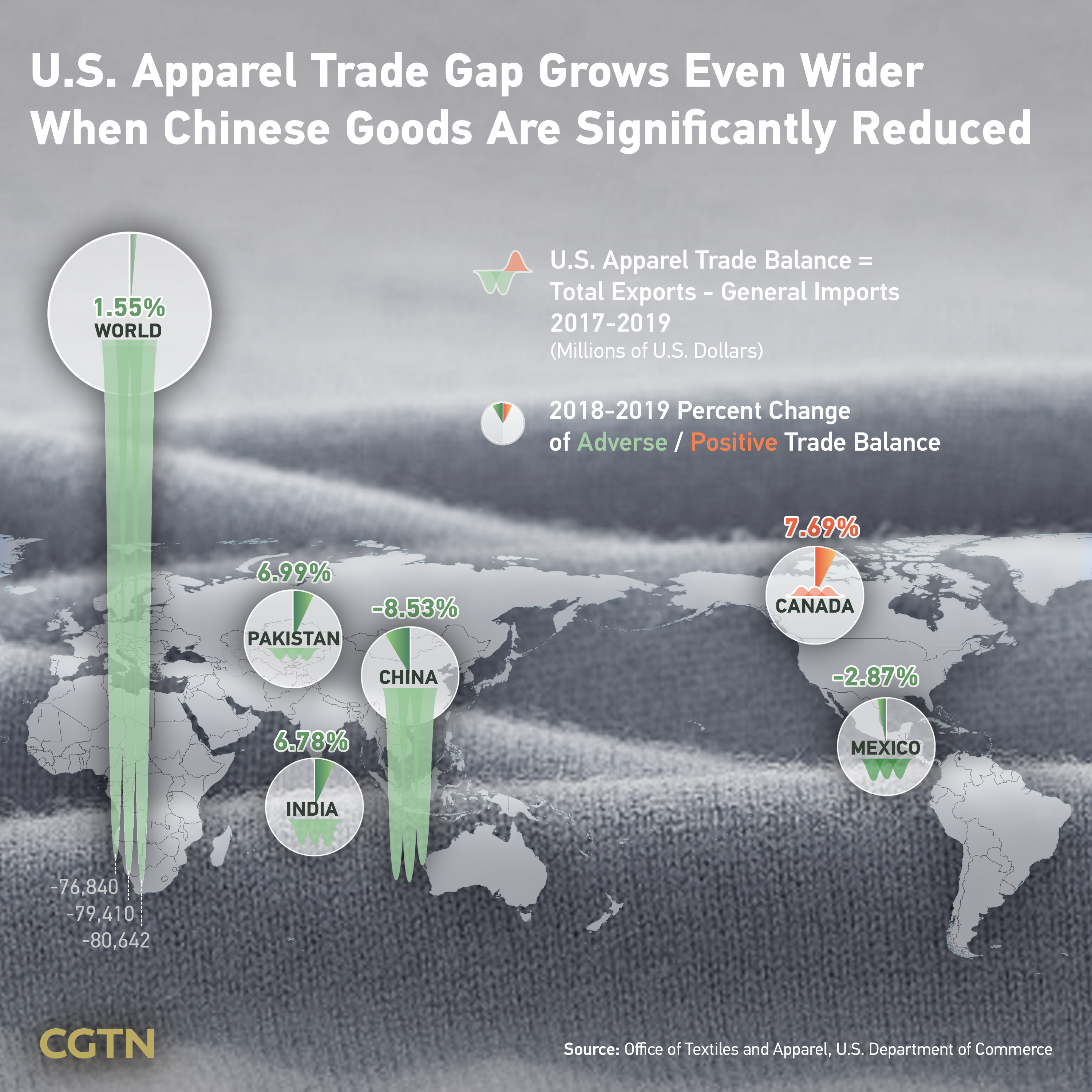 It's obvious that the reduction of sourcing from China has not promoted a return of the apparel industry to the United States. In the trade war context, the shift from "China dominance" to "China plus many" partly explains why the U.S. trade deficit has not narrowed as expected.

In addition, although the U.S. apparel trade deficit gap with China narrowed by 8.53 percent during 2018 and 2019, China was still the United States' top trading partner. In 2017, apparel from China obtained 32.1 percent of U.S. customs import value; in 2019 the figure was 27.8 percent.

It is not easy to find a perfect replacement for "Made in China." The USFIA analysis offered two major reasons: On the one hand, in the foreseeable future, no other country or region in the world can compare with China's huge production capacity of textiles and clothing. On the other hand, compared with other sourcing bases such as Vietnam and India, China is one of the few "balanced" sourcing bases that U.S. fashion companies can choose from. Other than tariffs, speed to market, compliance risk and flexibility become essential factors that will influence final decisions for fashion companies' purchases.

Finally, as for American consumers, trade tensions between the U.S. and China could deal a severe blow to them. The American Apparel and Footwear Association (AAFA), along with 15 other groups, predicted last year that just the consumer goods from China subjected to last year's 10 percent increase would, at 25 percent, cost families an additional 500 dollars a year.