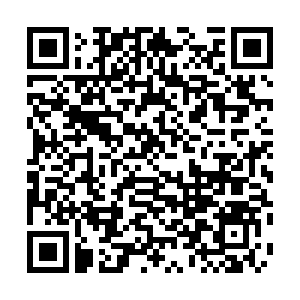 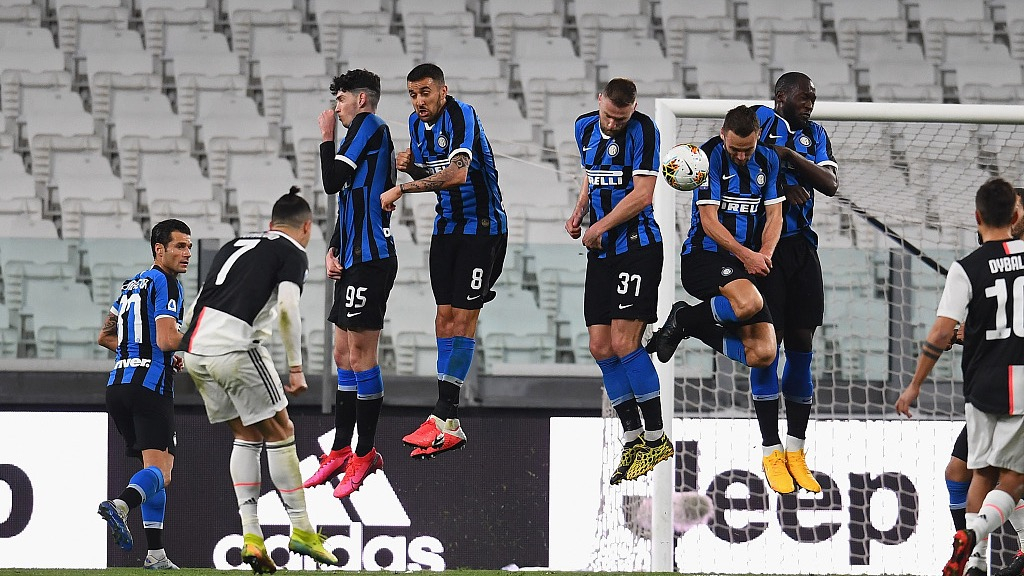 Cristiano Ronaldo (L2) takes a set-piece during the Serie A clash between Juventus and Inter at an empty Allianz Stadium, Turin, March 8, 2020. /VCG

Cristiano Ronaldo (L2) takes a set-piece during the Serie A clash between Juventus and Inter at an empty Allianz Stadium, Turin, March 8, 2020. /VCG

The escalating COVID-19 outbreak brought more disruption to the sporting world on Sunday, with matches canceled and news of a player revolt over the idea of having to play without spectators despite the deadly virus.

Italy's Serie A football has been in disarray for well over a week as tempers between the various football bosses and owners first flared when matches began being rescheduled and moved to different cities last month. Things turned only more dramatic on Sunday when a single-day record of 133 fatalities brought Italy's toll to 366.

Italians woke up to discover the entire Lombardy region around Milan and other parts of the north in which a quarter of all Italians live – and most big teams play – under lockdown. And yet the games were still supposed to be played behind closed doors and without any fans. The idea seemed preposterous to many.

Italian Footballers' Association President Damiano Tommasi tweeted that "stopping football is the most useful thing for our country right now. The teams to cheer are playing in our hospitals, in emergency rooms," Tommasi wrote. 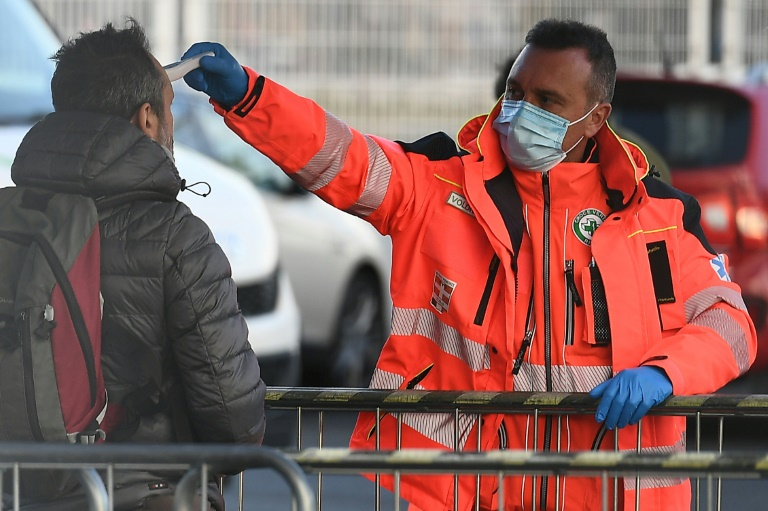 The body temperature of a man arriving at the Juventus Allianz Stadium is checked, Turin, March 8, 2020. /VCG

The body temperature of a man arriving at the Juventus Allianz Stadium is checked, Turin, March 8, 2020. /VCG

Italy's Sports Minister Vincenzo Spadafora quickly sounded his own support for the idea of suspending the season right away. "The FIGC (Italian Football Federation) should consider immediately STOPPING Serie A," Spadafora wrote on Facebook.

And soon Mario Balotelli – the prodigiously talented but endlessly restless center forward who now plies his trade with Serie A bottom club Brescia – expressed his own outrage at the matches still being played. "Why all this? To entertain someone? Or not to lose money?" he fumed on Instagram.

Serie A's leadership was unimpressed. The league issued a scathing statement in the evening, lashing out at the both the government and the players' association. It said the Footballers' Association's Tommasi "seriously endangered the keeping of the system... and endangered the payment of players' salaries."

It then went on to attack the government for issuing "repeated and conflicting declarations that only contribute to the general state of confusion and certainly do not help the system overcome this moment of difficulty."

It said the league council met Sunday and decided "continuing with the games held behind closed doors." 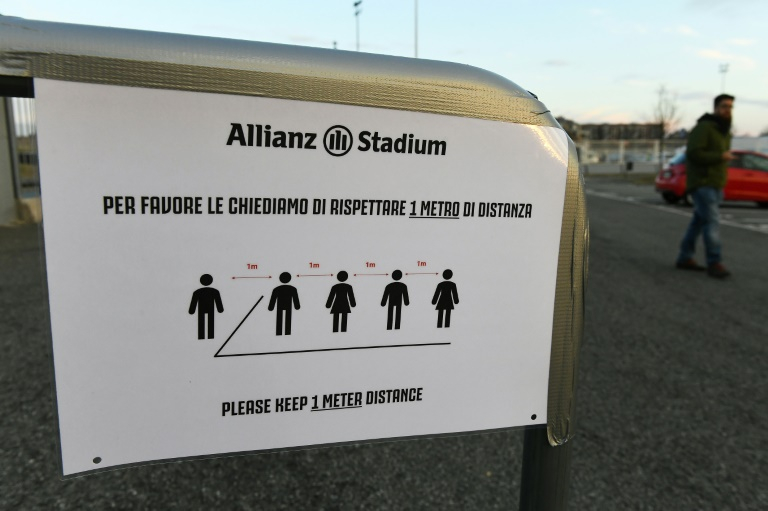 A man passes a sign explaining that a distance of 1 meter is required between people arriving at Juventus Allianz Stadium, Turin, March 8, 2020. /VCG

A man passes a sign explaining that a distance of 1 meter is required between people arriving at Juventus Allianz Stadium, Turin, March 8, 2020. /VCG

Meanwhile, the CEO of the German Football League, which oversees the top two divisions, called on clubs to work with local authorities but said it was "without question" that all remaining games must be played this season with no delays beyond mid-May.

"That is only way for the clubs and the (league) to have security of planning for the upcoming period of competition despite difficult circumstances," Christian Seifert said in a statement.

That followed a call from German Health Minister Jens Spahn for organizers to reconsider hosting events due to attract more than 1,000 people, including sports competitions. Cases of COVID-19 in the country reached close to 850 on Sunday.

The AFC Champions League was also put on temporary hold in West Asia on Sunday while football officials work out ways to get the remaining group matches played despite the coronavirus outbreak.

With the competition's East Asian zone already severely disrupted by COVID-19, delegates from West Asia suspended group play to evaluate a "series of proposals" to complete the pool stage.

"All matches in AFC Champions League match day three were postponed in the West zone," the Asian Football Confederation said after emergency talks in Doha and Dubai.

"The AFC has now asked for the cooperation of the member associations in producing a plan by which the remaining matches can be played before the round of 16."

The tournament's East zone, kept separate from the West until the final, last week moved back the start of its knockout rounds to August. China, South Korea and Japan, whose domestic leagues are on hold over the virus, all have teams in the competition.

The West zone's quarterfinals will be moved to September to accommodate the extended group phase, and the two-legged semifinals will be on October 14, 15, 28 and 29. The final remains on November 22 and 28. 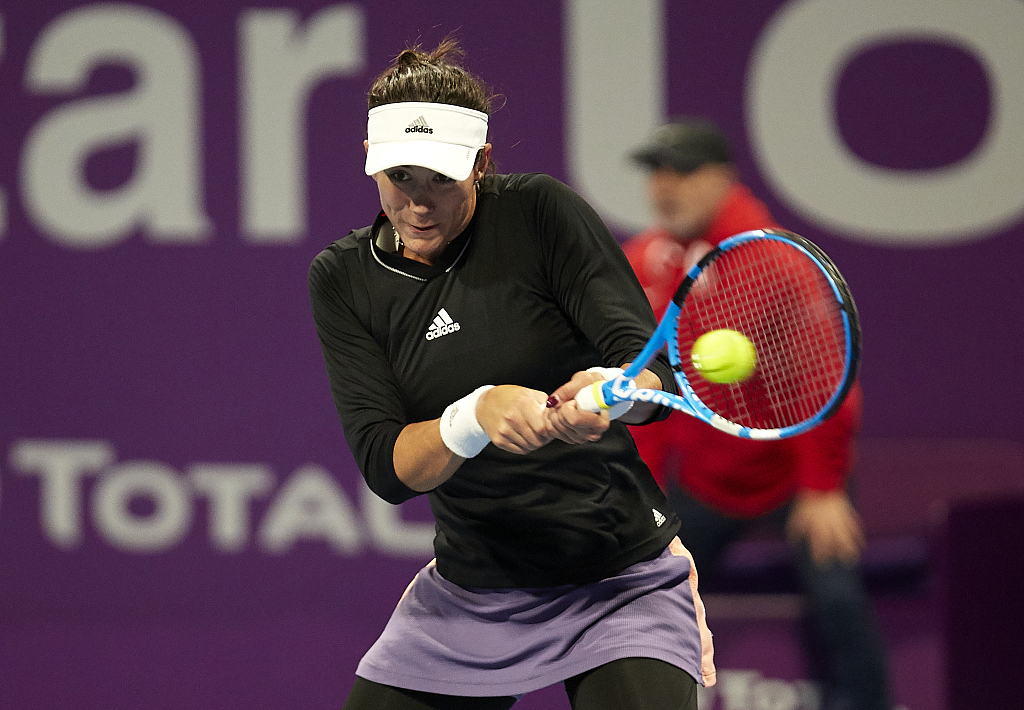 Elsewhere in California, the ATP and WTA tennis tournament in Indian Wells, has been canceled over concerns about the worldwide outbreak, organizers said Sunday.

The tournament, one of the biggest outside the four Grand Slams, was due to begin on Wednesday. It's the first major U.S. sports event to be canceled because of concern over the virus.

Organizers had said they planned to go ahead with extra health measures in place. But they opted to cancel after the health department of California's Riverside County declared a public health emergency for the Coachella Valley – in the desert east of Los Angeles – after a confirmed case of COVID-19 locally.

"We are very disappointed that the tournament will not take place, but the health and safety of the local community, fans, players, volunteers, sponsors, employees, vendors, and everyone involved with the event is of paramount importance," said tournament director Tommy Haas.

In the meantime, Formula One's Bahrain Grand Prix has been closed to spectators due to the outbreak, but won’t be postponed like the Chinese round of the championship.

Bahraini organizers said having crowds at the March 22 race would have undermined "aggressive social distancing measures" used to prevent the spread of the virus.

"Given the continued spread of COVID-19 globally, convening a major sporting event, which is open to the public and allows thousands of international travelers and local fans to interact in close proximity would not be the right thing to do at the present time," organizers said in a statement.

The F1 season is set to begin with the Australian Grand Prix in Melbourne on March 15. China was scheduled to hold the fourth race of the season on April 19, but that was postponed due to the virus outbreak and no new date has been set. 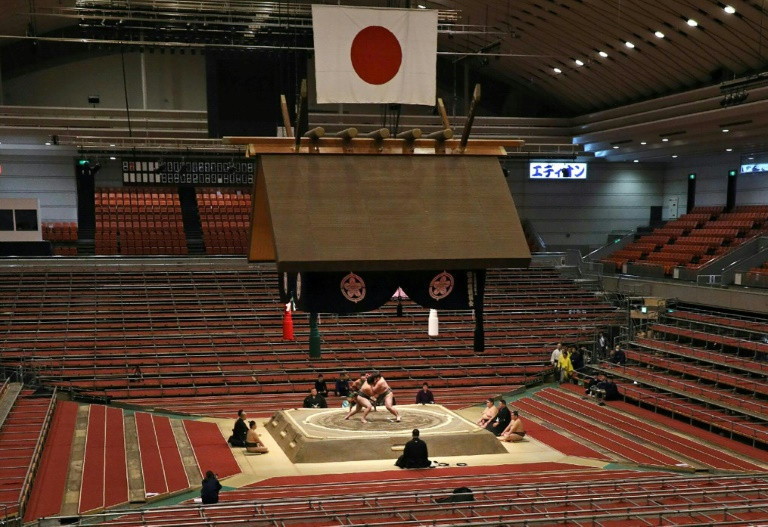 In Japan, the Spring Grand Sumo Tournament started Sunday without spectators, and with wrestlers arriving in face masks.

Before the tournament, yokozuna grand champion Kakuryu said: "I can't imagine what it's like" to perform without spectators. "I'll do my best, thinking many people are cheering in front of TV," he added.

Viewers could hear sounds usually drowned out by spectators, including that of the wrestlers slapping their bellies and wiping their feet in the ring.

Some sumo rituals were also amended, including the traditional ladle of water that a winning wrestler offers to the next in the ring.