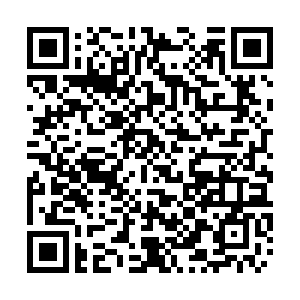 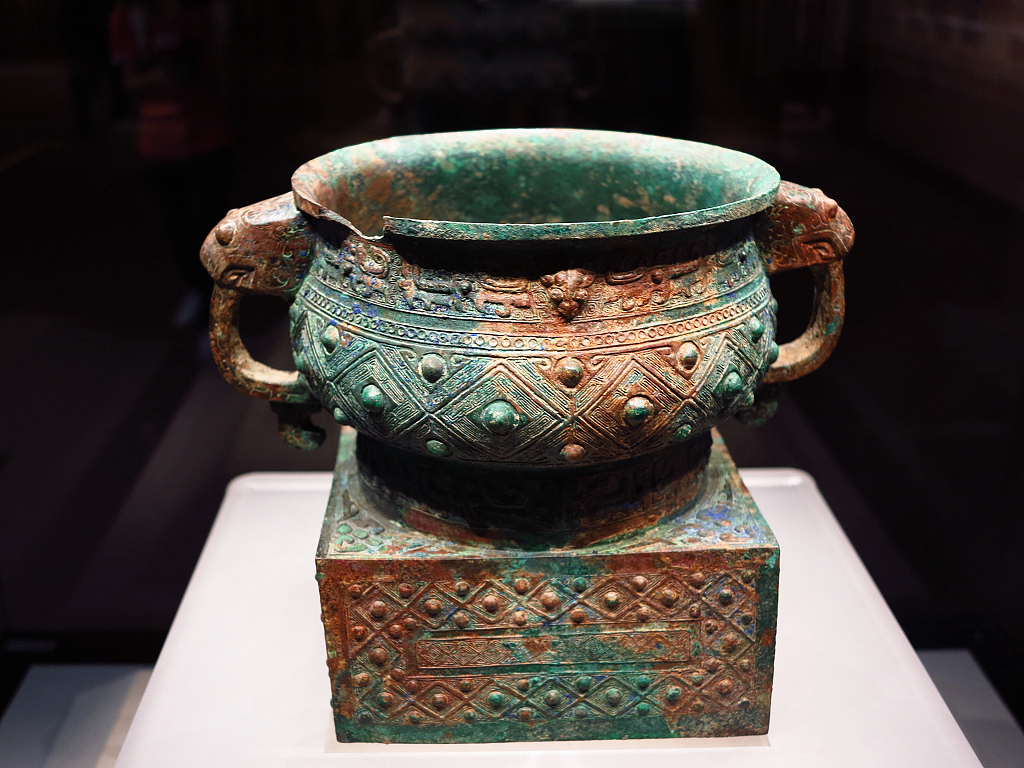 A bronze vessel during the Zhou Dynasty (1100-221 B.C.) unearthed in Shanxi Province is on display. /VCG

A bronze vessel during the Zhou Dynasty (1100-221 B.C.) unearthed in Shanxi Province is on display. /VCG

The Archaeological Research Institute of Shanxi recently announced the latest discovery of a giant tomb, estimated to be over 2,400 years old, in Shangguo Ruins and Qiujiazhuang Cemetery, north China's Shanxi Province.

It is the largest tomb of the Eastern Zhou (770-256 B.C.) excavated in the province so far, said Tian Jianwen, a researcher with the Archaeological Research Institute of Shanxi.

Based on the structure and features of the tomb, archaeologists concluded that it belongs to a queen from the later years of the State of Jin (1100-376 B.C.), one of the major states during the Zhou Dynasty, which was split into three successor states in 453 B.C.

Over 1,700 relics have been unearthed, including small utensils and tools made of various materials, such as pottery, copper, iron, gold, jade, stone, shellfish and bone, featuring the culture of the late State of Jin.

At least five large-scale tombs were found in Qiujiazhuang Cemetery, located at the central area of Quwo, one of the capitals of the State of Jin, during excavation projects conducted between August 2018 and June 2019.

According to Tian, the five tombs discovered so far are likely to be of the Jin monarchs, which could be significant in the study of the history and culture of the State of Jin.