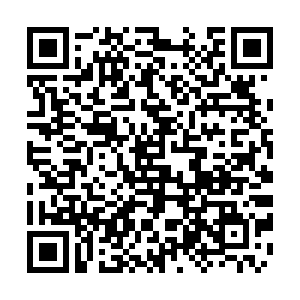 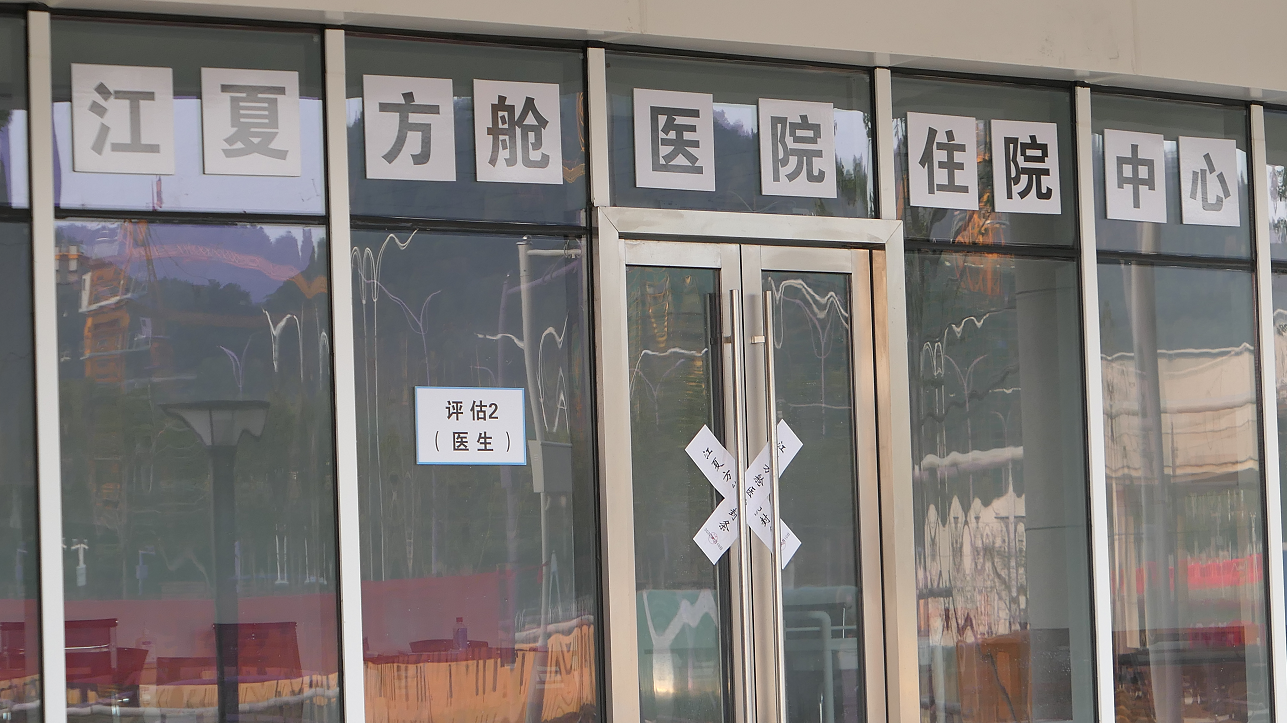 The last two temporary hospitals, Jiangxia and Wuchang, in Wuhan, the epicenter of COVID-19 outbreak, closed on Tuesday, signaling the end of the project. An overwhelming majority of the patients have recovered and were discharged while the rest were transferred to designated hospitals. Since receiving the first batch of patients on February 5, the temporary medical facilities have treated more than 13,000 patients.

Dr Zhang Boli, a member of the Chinese Academy of Engineering and headmaster of Tianjin University, Traditional Chinese Medicine, inspected Jiangxia Hospital early in the morning, bidding farewell to his patients.

According to Zhang, a typical feature of the facility was its principal application of traditional Chinese medicine (TCM), such as massage, acupuncture, tai chi and other practices, serving as auxiliary treatment methods, which allowed patients to stay occupied while developing healthy habits in line with the principles of TCM. 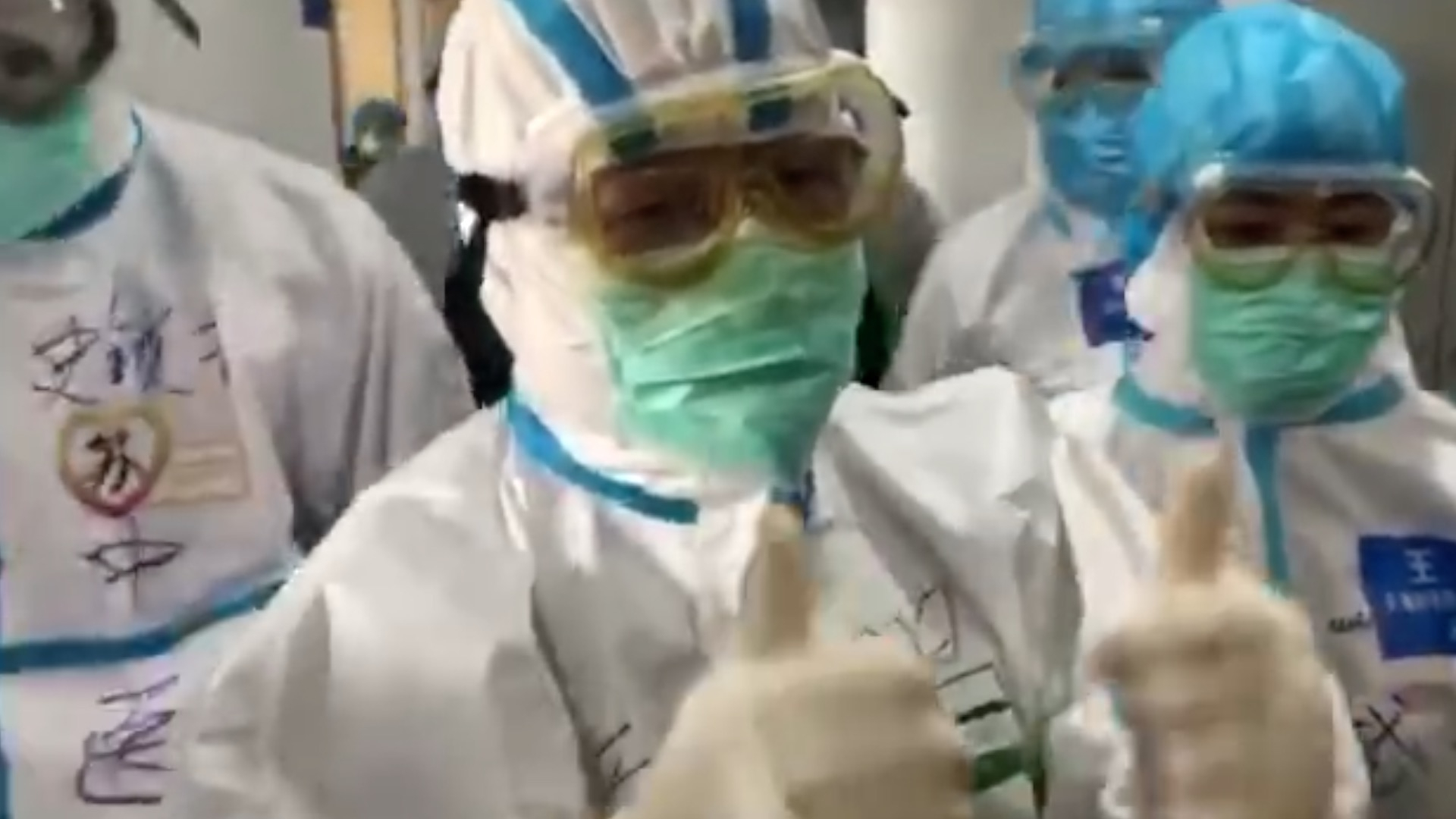 A total of 209 medical professionals from leading hospitals in five different provinces were assigned to this hospital. Their areas of expertise included but were not limited to TCM, respiratory and critical care medicine, imagining, inspection and nursing.

Jiangxia Hospital opened on February 14 and operated for 26 days. It received 564 patients, of whom 392 have recovered and been sent home. Patients who have not yet recovered were transferred to a designated hospital on Sunday.

Wuchang Hospital was in service for 35 days, receiving up to 1,124 patients and discharging more than two-third of the patients. Zero deaths, zero cross-contractions and zero re-infections occurred there. The temporary hospital, which was converted from Wuchang Hongshan Stadium, started operation on February 5.

All temporary hospitals received confirmed cases showing mild symptoms of COVID-19. The medical workers came from all over the country.

The first three temporary hospitals in Wuhan were completed by February 3, demonstrating the government's swift response to the discrepancy between clinical bed vacancies and the overwhelming number of confirmed cases at the time. According to Wuhan's Health Commission, at the time, the 28 designated hospitals in Wuhan had 8, 199 beds, and only 139 of them were vacant.

On February 5, Wuhan's health authorities said a significant number of people confirmed or suspected of having contracted the virus were not yet hospitalized, and Jianghan Hospital, which offered 1,600 beds, was the first to receive patients with mild symptoms of COVID-19.

Up until February 4, 10 gymnasiums and stadiums were converted to temporary hospitals, with a bed capacity of over 10,000.

On February 27, about 5,600 beds were vacant at temporary medical facilities, and health authorities recommended commencing the phased closure of temporary hospitals so that medical normalcy could be restored.

New confirmed coronavirus cases in Wuhan started to decline by late February, in line with a nationwide downward trend of new infections. 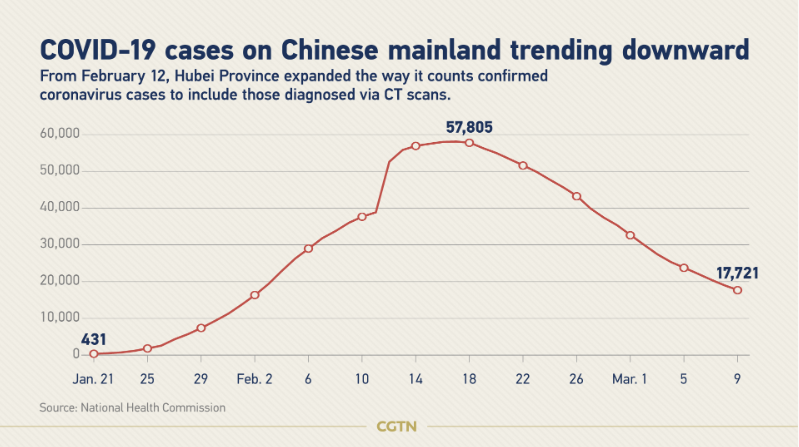 In a press conference on February 28, Ma Xiaowei, the inaugural minister of the National Health Commission, referred to the temporary hospitals as "the cradle of life," emphasizing both the significance and success of the project.

On March 1, Wuti temporary hospital was closed after all its patients were either discharged or moved to other hospitals. It became the first of its kind in the city to stop receiving coronavirus patients. 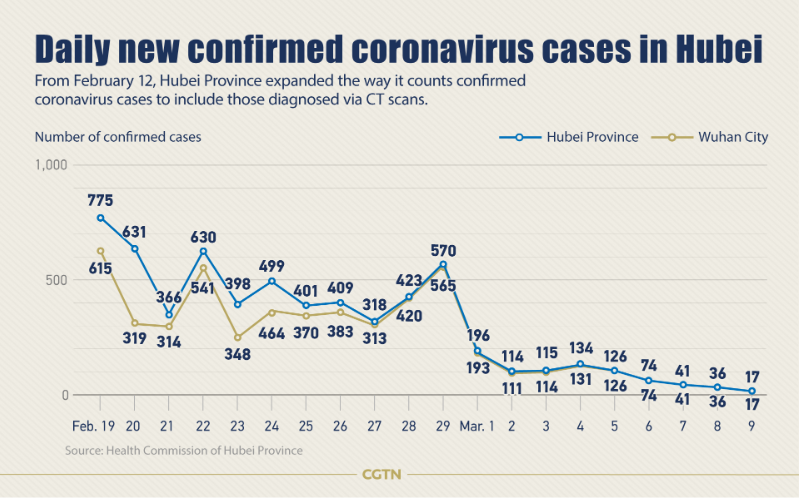 With the daily number of new domestic infections dropping to double digits on March 8, Di Xiaohui, deputy chief of the National Health Commission's medical control center, noted that there were almost 10,000 vacant beds in designated hospitals, and it was no longer necessary to send new confirmed cases to temporary medical facilities. However, he recommended that they should still be kept on standby and reopen if designated hospitals cannot meet the demand.

On Tuesday, the planned phaseout of temporary hospitals was completed. The number of new infections in China has continued to drop, with 19 cases reported on Monday.