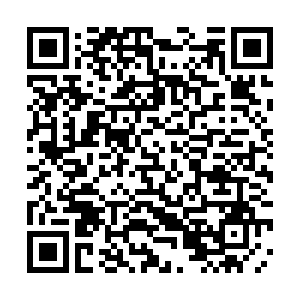 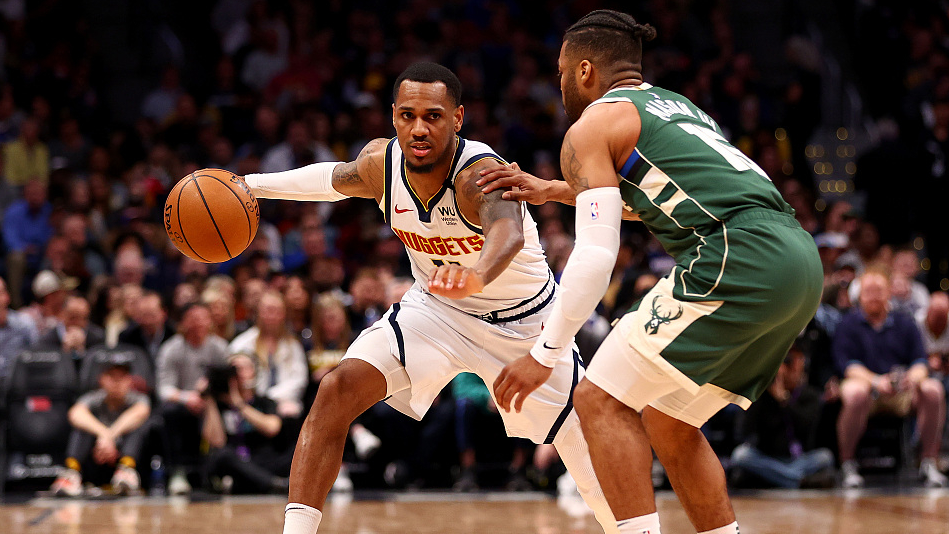 Jamal Murray scored 21 points, Paul Millsap had 20 and Jerami Grant added 19 as the Denver Nuggets sent the shorthanded Milwaukee Bucks to their third straight loss and fourth in five games, 109-95 on Monday night.

The NBA-leading Bucks (53-12) were without reigning MVP Giannis Antetokounmpo, who has a knee injury, as well as starters Eric Bledsoe and Khris Middleton and key backup George Hill.

Altogether, the Bucks played without their top six scorers, and despite a valiant effort by their backups led by Kyle Korver (23 points), the team sorely missed that firepower during its fourth consecutive road loss and third in a row on this trip.

Nuggets leading scorer Nikola Jokic took just two first-half shots, made one, and continually passed up opportunities to get to the basket and instead distributed the ball. After a poor third quarter, Jokic came on strong down the stretch and finished with 10 points, half his average.

Grant and Millsap picked up the slack with 15 first-half points each as the Nuggets raced out to a 16-point lead before Milwaukee cut it to 62-54 at the break.

In the third quarter, Jokic missed five straight shots – a hook, a jumper and three 3-pointers – stretching his drought to 13 consecutive misses from beyond the arc before he sank one in the closing minutes.

The third quarter ended with Mason Plumlee's fast-break layup for a 76-71 Denver lead after Monte Morris blocked Frank Mason III's pull-up 3 from behind.

Seconds earlier, a slam by Murray was waved off with an offensive charge call even though D.J. Wilson left his feet trying to prevent the basket. Denver didn't challenge the call.

Antetokounmpo got hurt in a loss to the Los Angeles Lakers on Friday night, and on Sunday afternoon the Bucks said he had a minor sprain of his left knee and would miss at least two games. Milwaukee's 141-130 loss at Phoenix on Sunday marked the first time the Bucks dropped back-to-back games this season. 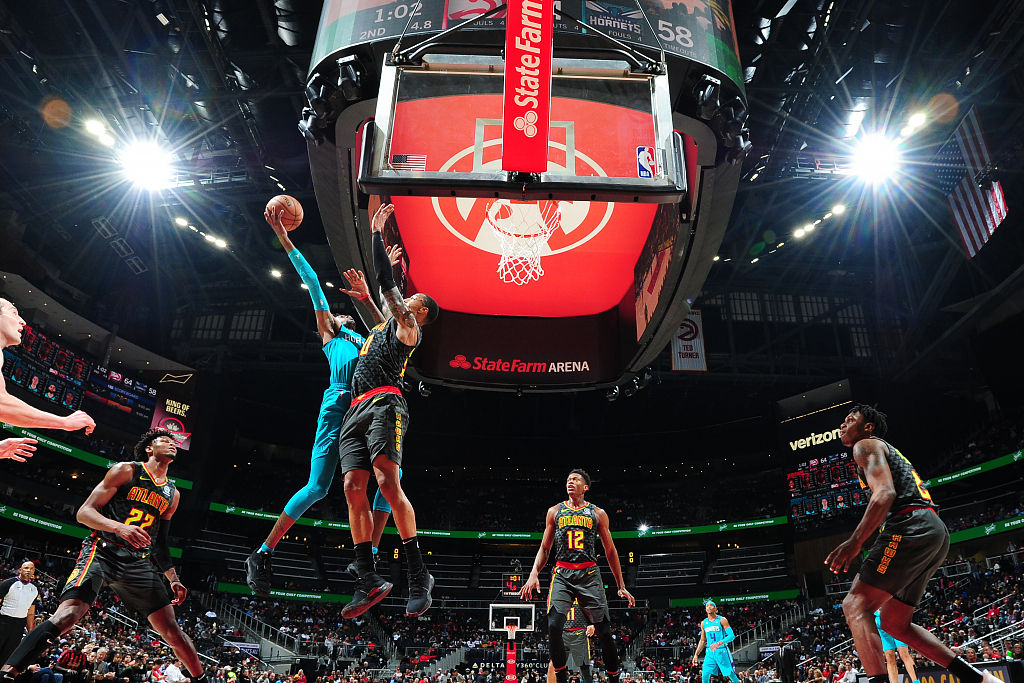 Jalen McDaniels (L) of the Charlotte Hornets elevates for a shot against the Atlanta Hawks in Atlanta, Georgia, March 9, 2020. /VCG

Jalen McDaniels (L) of the Charlotte Hornets elevates for a shot against the Atlanta Hawks in Atlanta, Georgia, March 9, 2020. /VCG

Meanwhile, De'Andre Hunter broke a tie by sinking three free throws with 13.3 seconds remaining in the second overtime, and the Atlanta Hawks beat the Charlotte Hornets 143-138 following a controversial finish to the first extra period.

In another game, Serge Ibaka and Pascal Siakam each scored 27 points, and the Toronto Raptors beat the Utah Jazz 101-92 for their fourth straight victory.