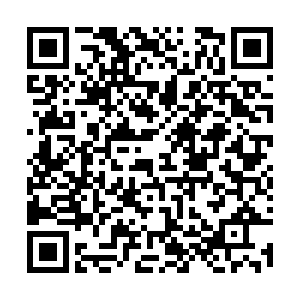 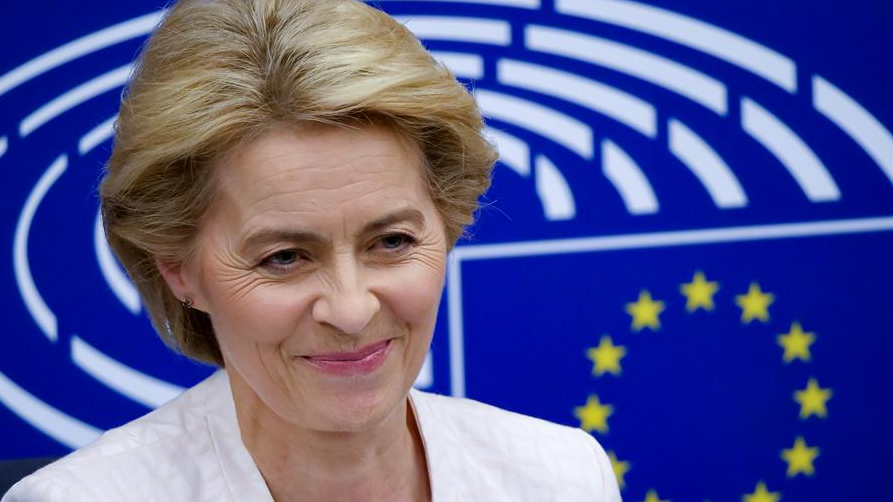 March 10 marks 100 days since the new European Commission led by President Ursula von der Leyen took office on December 1, 2019. In November, then President-elect von der Leyen had promised that a European Union (EU) that speaks the language of confidence and assertiveness will emerge under her leadership. Yet, the first 100 days in office has been turbulent and preoccupied with emergency responses to a cocktail of challenges, old and new.

The new Commission's first headache came in late February. After more than 27 hours of intense bargaining, EU national leaders failed to reach an agreement on the next long-term EU budget, known as the Multiannual Financial Framework (MFF) for 2021-2027. Regarding how to deal with the 75 billion euro (81 billion U.S. dollars) fiscal hole left by Brexit, EU countries have drastically different opinions.

The Netherlands, Denmark, Austria and Sweden – banded together as the "Frugal 4" – insisted that the next MFF should be capped at one percent of the bloc's combined gross national income as the incumbent MFF does. This is bad news for the EU because, if approved, the Commission would operate with a shrunken budget post-Brexit.

There are countries willing to increase their budgetary contribution, but they tend to have contradictory conditions. Germany is receptive to reducing farm subsidies and regional aids in order to increase spending on digital and green economies. However, France is against agricultural funding cuts, and Ireland rejects cuts to regional aids. It remains to be seen how EU countries are going to reconcile their differences and come up with a widely acceptable MFF.

Just as leaders retreated to national capitals and reflected on the past MFF negotiations, on March 2, the second phase of Brexit negotiations got off to a bumpy start in Brussels. The negotiating objectives of the EU and Britain published ahead of the negotiations were seen as miles apart, and the face-to-face talk had uncovered many other serious divergences.

For example, the EU proposed preventing a race-to-the-bottom commercial competition post-Brexit through legally binding "level playing field" mechanisms enforceable by the European Court of Justice (ECJ). But Britain stood firmly against this proposal, ruling out any exclusive jurisdiction of the ECJ.

In addition, the EU indicated that post-Brexit criminal justice cooperation is only possible if the UK commits formally to the European Convention on Human Rights but the UK said no again.

In terms of agreement structure, the UK suggested that it would seek to strike a series of sectoral agreements with the EU on an issue-by-issue basis following the Switzerland model, but the EU has long preferred a single approach to signing a comprehensive deal. These differences take time to iron out but Europe's attention has been distracted by the COVID-19 epidemic outbreak. 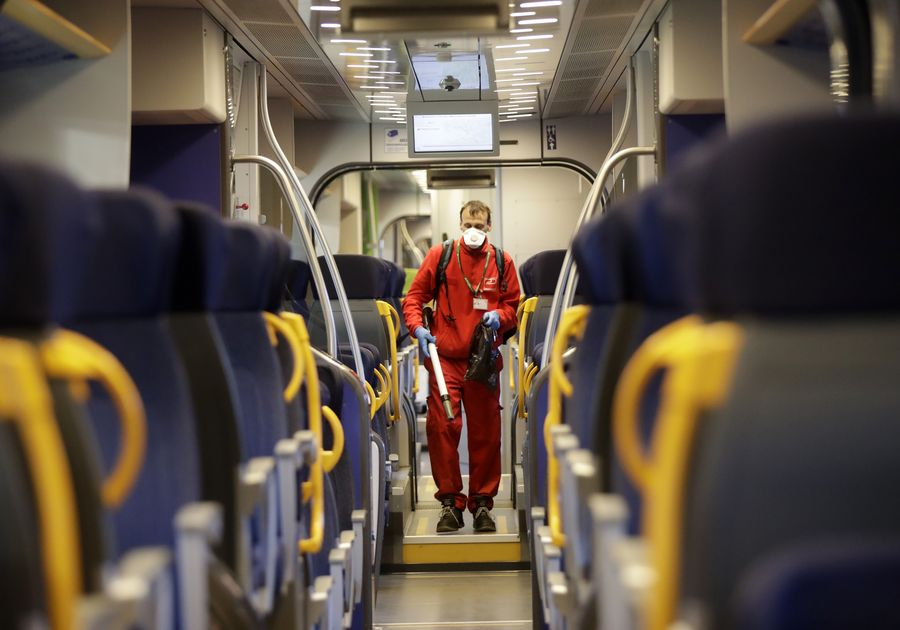 A staff member sanitizes the facilities on a train at the Garibaldi train station in Milan, Italy, February 28, 2020. /Xinhua

A staff member sanitizes the facilities on a train at the Garibaldi train station in Milan, Italy, February 28, 2020. /Xinhua

In late January, France confirmed the first case of the coronavirus in the EU. In less than two months, Europe has become the world's worst hit region outside China. There are 525 deaths so far. Italy, France, Spain, Germany, and Britain have confirmed 9,172, 1,412, 1,204, 1,139, and 319 cases, respectively.

Italy has just announced a nationwide lockdown on Monday, a move unprecedented since the World War II. The European Commission has convened a coronavirus response team consisting of five commissioners in charge of crisis management, public health, border issues, mobility and macroeconomics. The mandate of the team is to put in common efforts to fight the COVID-19 outbreak.

Europe's COVID-19 woes are further aggregated by a fresh round of a migrant crisis which has been haunting the EU since 2015. As of now, tens of thousands of Syrian, Afghan, Pakistani and West African migrants, asylum seekers and refugees are stuck at Turkey's land border with Greece, where Greek border guards have fired tear gas and water cannons to keep them out.

Amid the humanitarian crisis at the Greek-Turkish border, President von der Leyen managed to convince Finland, France, Germany, Luxembourg and Portugal to take in some migrant children. Easing the crisis in a more sustainable manner and distributing the burden fairly between the EU and Turkey and across 27 EU member states are more important down the road.

Ms von der Leyen may have been overly optimistic about her tenure as Commission President, especially for the first 100 days in office. But she has got one thing absolutely right when she said the solution to all the challenges the EU facing is "more Europe."

To the extent that a stronger EU seeing off those difficulties is in the best interest of Europe and a multipolar world order, we should all wish Europe well, not least for the next 100 days.