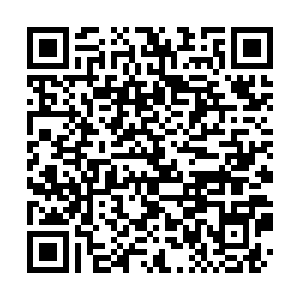 The duel over naming the new strain of coronavirus has intensified, causing a split among scientists.

The controversy started in the early days of the ongoing coronavirus epidemic when the virus was going by various monikers. Some of them, based on geographical locations such as the Wuhan virus and the Asia virus, triggered racial discrimination worldwide.

When the World Health Organization (WHO) announced the name of the disease COVID-19 on February 11, many breathed a sigh of relief, believing that the raging debate over the issue had been doused.

"Having a name matters to prevent the use of other names that can be inaccurate or stigmatizing," WHO Director-General Dr. Tedros Adhanom Ghebreyesus said before announcing the name of the disease.

However, the name of the virus, which causes the disease, was given a potentially confusing name.

On the same day, the Coronavirus Study Group (CSG) of the International Committee on Taxonomy of Viruses, in a paper named the virus SARS-CoV-2, or severe acute respiratory syndrome-related coronavirus 2.

While the WHO is responsible for naming new diseases, the CSG follows a scientific procedure in naming new viruses.

The mention of SARS in the name of the new virus has flared up debate, angering a section of virologists and epidemiologists. Even the WHO has expressed its displeasure.

"SARS is a disease name," Shibo Jiang from Fudan University and six others, wrote in a correspondence to the Lancet. "To name a new virus, SARS-CoV-2 actually implies that it causes SARS or similar diseases."

The reference could lead to confusion, "especially to scientists without much knowledge of virology and to citizens in the public domain," wrote the group.

The situation may even be more worrying, with a section of researchers predicting that new coronavirus might return every winter. A reference to SARS might cause panic in the coming years too.

"People develop panic at the thought of a re-occurrence of SARS," researchers added. They pointed out, travelers and investors might not want to visit a country with an ongoing epidemic or even sporadic cases of SARS.

In order to avoid the confusion, "We, a group of virologists in China, suggest renaming SARS-CoV-2 as human coronavirus 2019 (HCoV-19)," they added.

"Such a name distinguishes the virus from SARS-CoV and keeps it consistent with the WHO name of the disease it causes, COVID-19."

Since its emergence, the virus has spread to a large part of the world, infecting more than 100,000 people. China accounts for more than 80 percent of the cases and more than 3,100 deaths as of March 10.

Reference to SARS could keep the public vigilant

But a group 12 scientists reacting to the objection raised by Shibo et al. feel the inclusion of SARS in the name has many benefits.

It would keep "the general public vigilant and prepared to respond quickly in the event of a new viral emergence."

"We also believe that the use of the name SARS-CoV-2 will not affect social stability and economic development in the affected countries, as the authors envision," researchers wrote in correspondence to the same journal published on March 6.

Since the new virus is a sister virus to SARS-CoV, terming it a completely new virus is not justified. In the larger SARS coronavirus family exists viruses like SARS-CoV, SARS-CoV_PC4-227, and SARSr-CoV-btKY72.

The use of SARS in naming SARS-CoV-2 does not derive from the name of the SARS disease but is a natural extension of the taxonomic practice for viruses in the SARS species, they explained.

"A name change at this stage would cause confusion in the scientific community."

(Cover image: On a subway train in Beijing, March 9, 2020. With almost no new COVID-19 cases being reported in Beijing, people are gradually returning to their offices with masks on and disinfectant in hand. /AP)