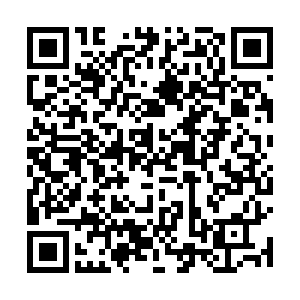 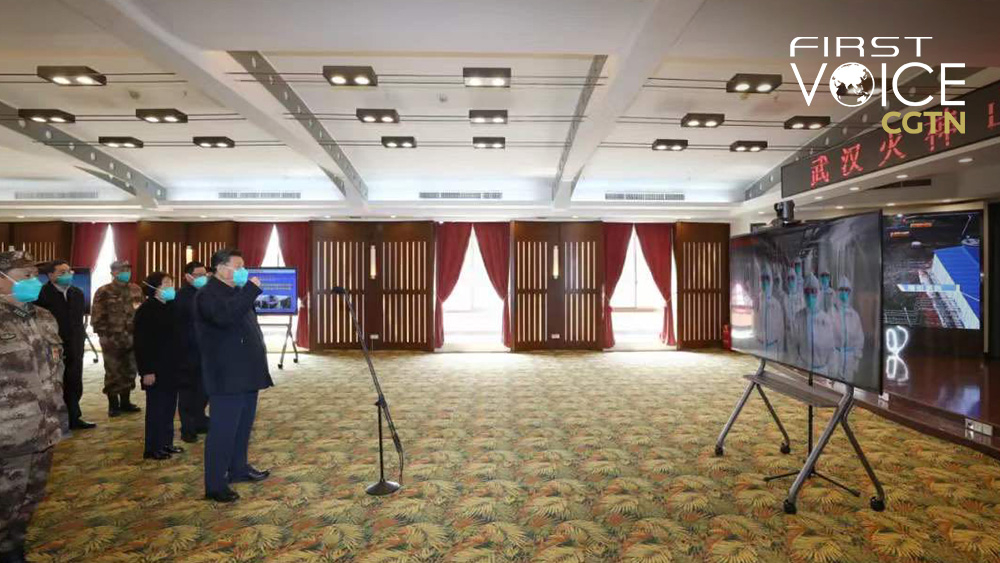 Chinese President Xi Jinping sends regards to medical workers who have been fighting the epidemic on the front line day and night, by video calls at Huoshenshan Hospital in Wuhan, central China's Hubei Province, March 10, 2020. /Xinhua

Chinese President Xi Jinping sends regards to medical workers who have been fighting the epidemic on the front line day and night, by video calls at Huoshenshan Hospital in Wuhan, central China's Hubei Province, March 10, 2020. /Xinhua

President Xi's visit is hugely reassuring and suggests Chinese leadership's confidence that the coronavirus situation has been largely stabilized in the country including in its worst-hit city and that life will be gradually going back to normal. It also indicates the tremendous importance Chinese leaders attach to the epidemic and is intended to give a major boost to the morale of people working on the front line as well as show support to local people bearing the brunt of the consequences.

The speed at which China has been able to turn the corner is incredible. Before mid-February, the battle to contain the spread of the virus still appeared ferocious, with daily new infections nationwide exceeding 2,000. However, in the following weeks, things started to subside with the country's confirmed cases steadily dwindling. On Monday, daily new infections reached its lowest level – 19 new cases with 17 from Wuhan and two imported from outside the country.

It is important to note that this outcome would have not been possible without the rigorous response given by Chinese authorities who have made containing the virus an absolute national priority since late January. Since then, the government has made information on the epidemic as open and transparent as possible, instituted numerable policies, and mobilized tremendous national resources to support the efforts in the most severely hit regions.

It also would have not been possible without the cooperation of Chinese people and the dedication of staff working on the front line who have demonstrated great unity and collective will to fight against COVID-19. Throughout the government's response, criticisms have also emerged within China in regards to the inadequacy in certain responses. Some of these critical voices have shown a strong sense of responsibility many Chinese citizens have towards the society and also made sure that the government has kept improving their work. 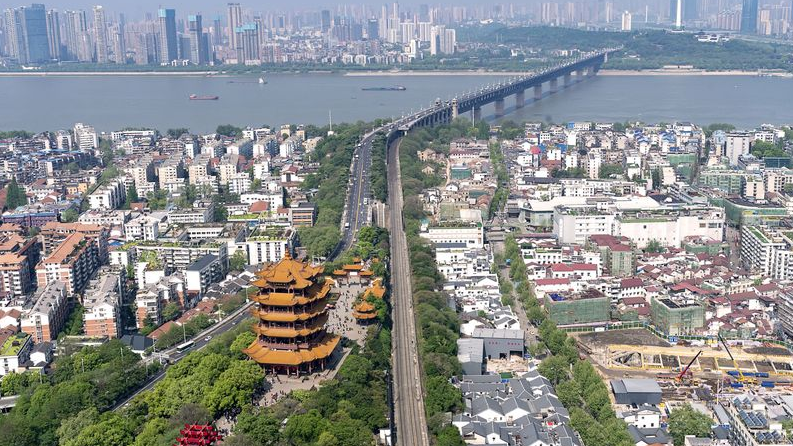 However, in stark contrast to what's happening inside China, currently the crisis has been spreading abroad in an aggressive manner. Outside China, what's also different is that some governments' response appears to have fallen woefully short. Instead of acting decisively, some of them have been focusing on assuaging public fear by giving out messages such as, "We've got this under control" while not having grasped the severity of the situation.

That is why the U.S. government has been facing mounting criticism from the media over the last few weeks. As cases in the U.S. keep going up and despite the director of the CDC's National Center for Immunization and Respiratory Diseases, Nancy Messonnier's earlier alert that the COVID-19 spreading in America is only a question of when, President Trump and his cabinet are not heeding the warning and still playing down the threat.

Victor Gao, former interpreter for Chinese leader Deng Xiaoping and chairman of the China Energy Security Institute, believes that the motivation for the administration to downplay the danger has to do with the President's desire to appear strong and "trouble-free" ahead of this year's reelection. A large number of infections will most certainly dampen his image months before voters head to the polls. The widespread panic in the public will also affect businesses and the economy, which will be the last thing the President wants around this time. Gao said it is unfortunate that a better prospect of reelection seems to have trumped public health in this case.

Another major point of criticism towards the administration concerns its cavalier attitude to coronavirus testing. While China has been able to provide free medical care and testing for coronavirus patients since the initial struggle, the CDC in the U.S. has authorized states and private institutions to run their own tests. Consequently people who wish to be tested may have to pay a high price, and end up not going ahead with it.

According to Gao, who has a good understanding of the country's controversial health system due to years of experience living in America, this unfortunately means that during this crisis, the poor and the aged population will be hit the hardest.

However, managing a crisis like this is never easy for any country. China has had its fair share of "imperfection" when it comes to dealing with the epidemic. That's why, in a speech during his Wuhan visit, President Xi stressed that although the government has been able to pull off a robust response mechanism, there are lessons to be learned as well. He said that the outbreak has also exposed some weak points in China's governance system, which the government and the party needs to set right in the future.

It is widely acknowledged that China has delivered a much better response in this year's outbreak than during SARS. This, together with President Xi's remarks, shows that a willingness for self-reflection and determination to improve are also qualities required to better cope with a crisis like this, as well as for the country to achieve long-term prosperity.