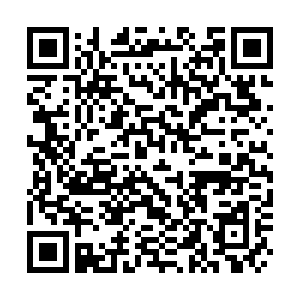 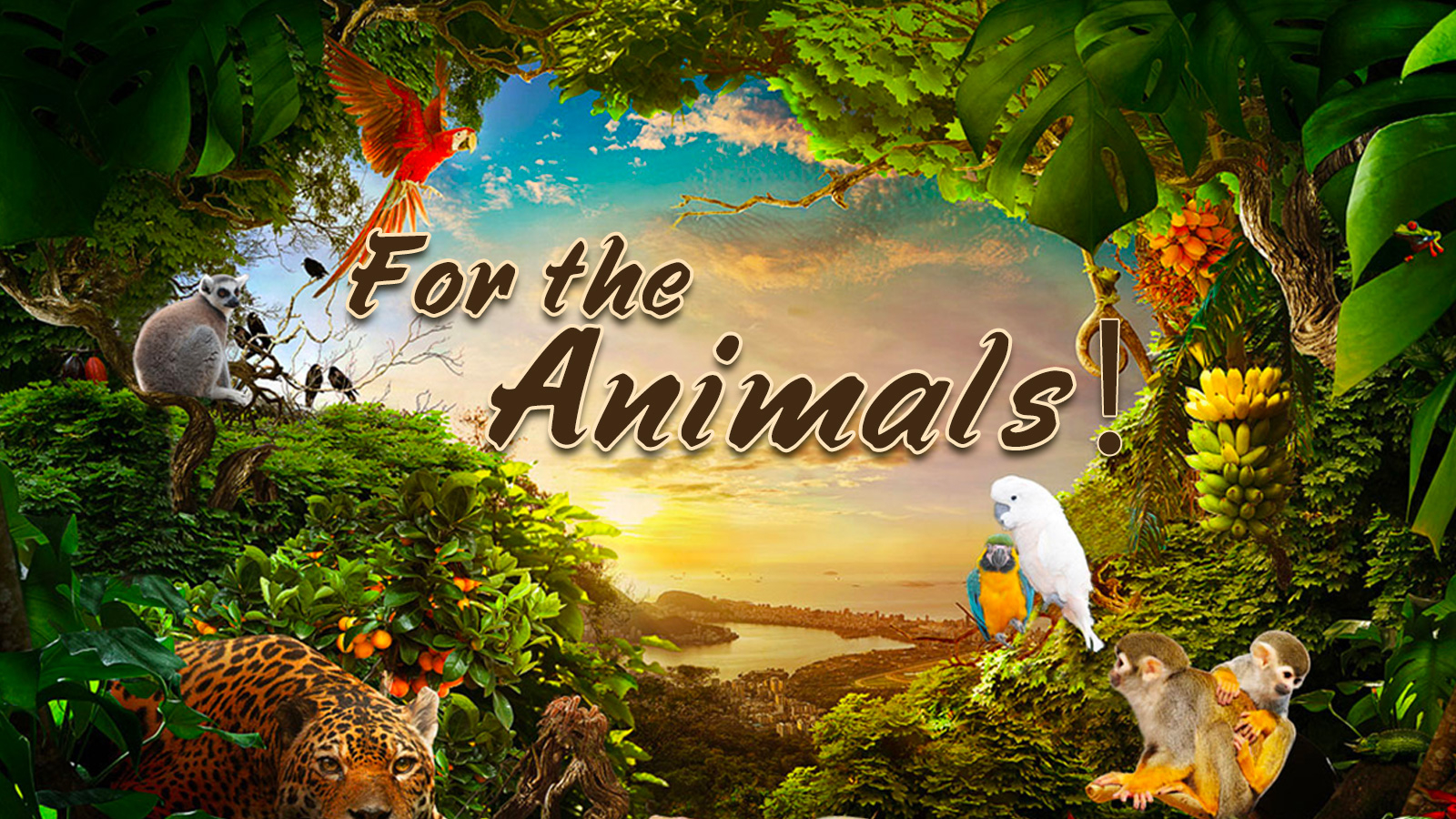 Celebrated Chinese film director and writer Han Han recently announced his "cloud adoption" of two hippos from a zoo in Qingdao on Weibo, putting the special adoption program for wildlife launched in late February back in the public eye.

"Almost all sectors have been hurt by the coronavirus outbreak. I saw that some zoos under financial burden had launched an animal adoption program," Han wrote on his Weibo account. "Now I’ve adopted two hippos from Qingdao Forest Wildlife World. I can’t visit them at the moment because of the epidemic, but I can photoshop a picture with them and me.” 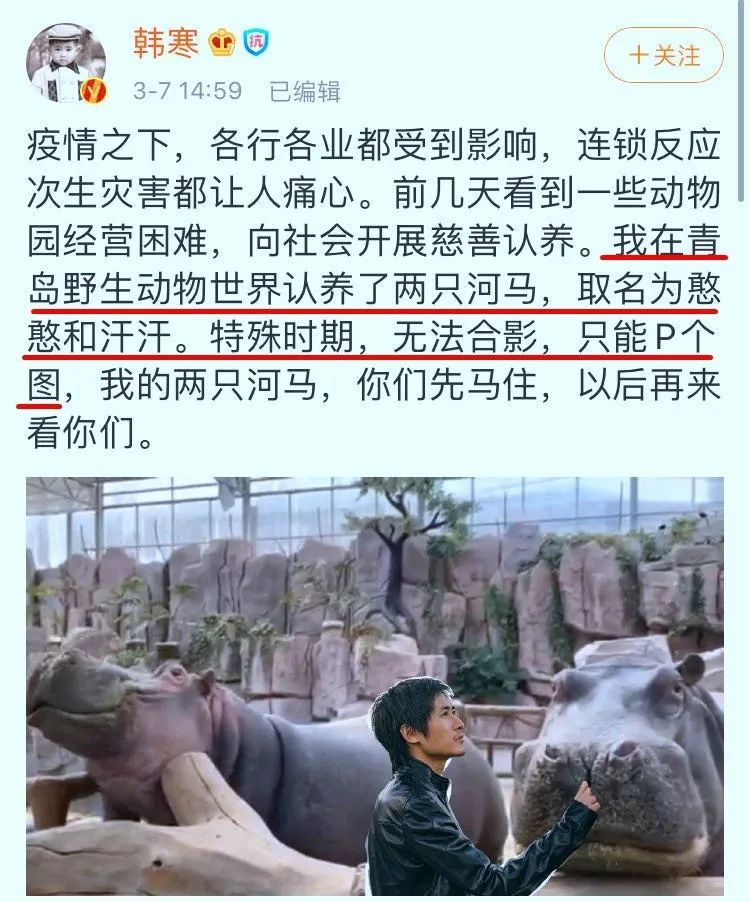 Located in east China’s coastal city of Qingdao, the Qingdao Forest Wildlife World cares for 5,000 wild animals across its 300 acres of land. Since the event was launched on February 29, over 500 people from China, the U.S., Japan and other countries have adopted animals, according to zoo staff.

The zoo said that it will hold a ceremony for the adoption event when it reopens for business.

How much does it cost to adopt? 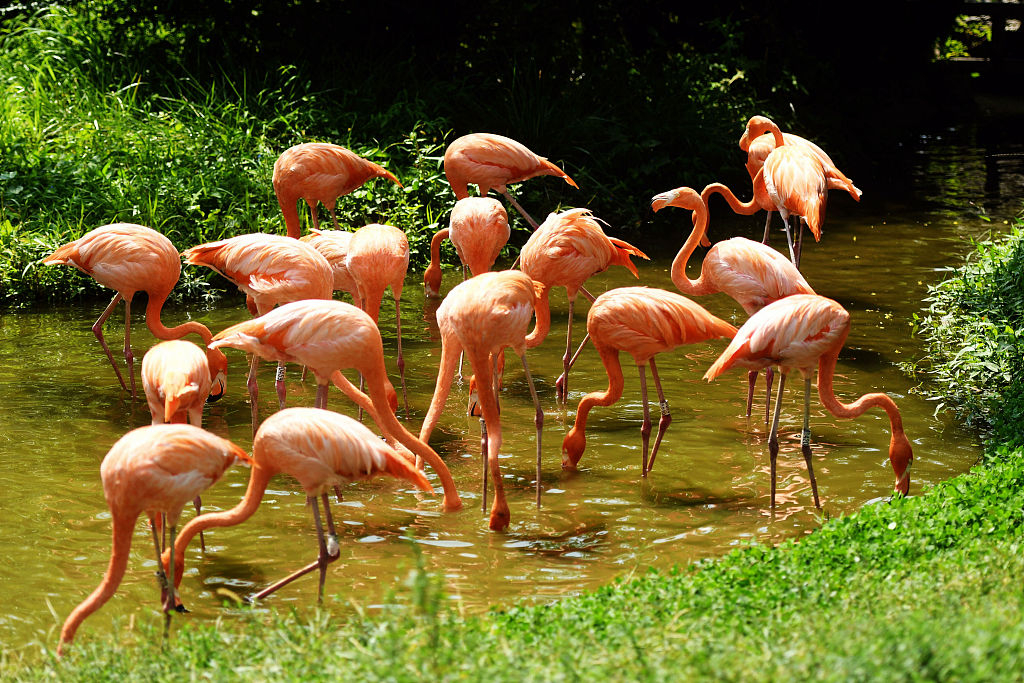 For small animals like monkeys and tortoises, adopters must pay 360 yuan (52 U.S. dollars) per year per animal, while for big ones like hippos and giraffes, the price is 1,000 yuan (144 U.S. dollars).

Adopters don’t have to pay for the animal's living expenses.

Adoption for animals isn’t something new for the zoo. Earlier adoptions cost more – 10,000 yuan (1,440 U.S. dollars) per year on average – and were usually open to schools or companies.

"This time, we hope to attract more individuals to adopt the animals and help the public know more about wild animals," a report by Economic Weekly quoted a zoo employee as saying.

A better way to learn about wildlife 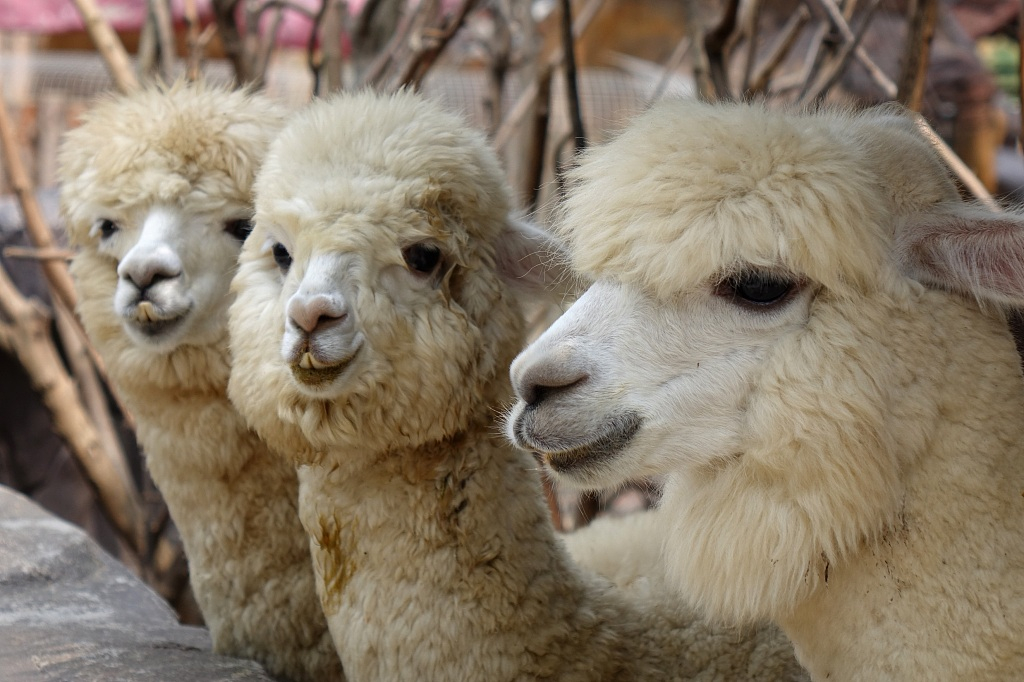 While adopters can’t take the animals home, they do have other privileges.

They have the right to know about the conditions of the animals they've adopted. They can contact the zoo staff for the information anytime. They also have priority to interact with the animals and attend relevant activities the zoo holds when it reopens for business.

For the offspring of the adopted animals, the adopters have naming and adoption priority.

Last but not least, they enjoy free tickets and free parking (not on holidays) during the one-year adoption period when entering the zoo.

Zoos under financial burden during epidemic 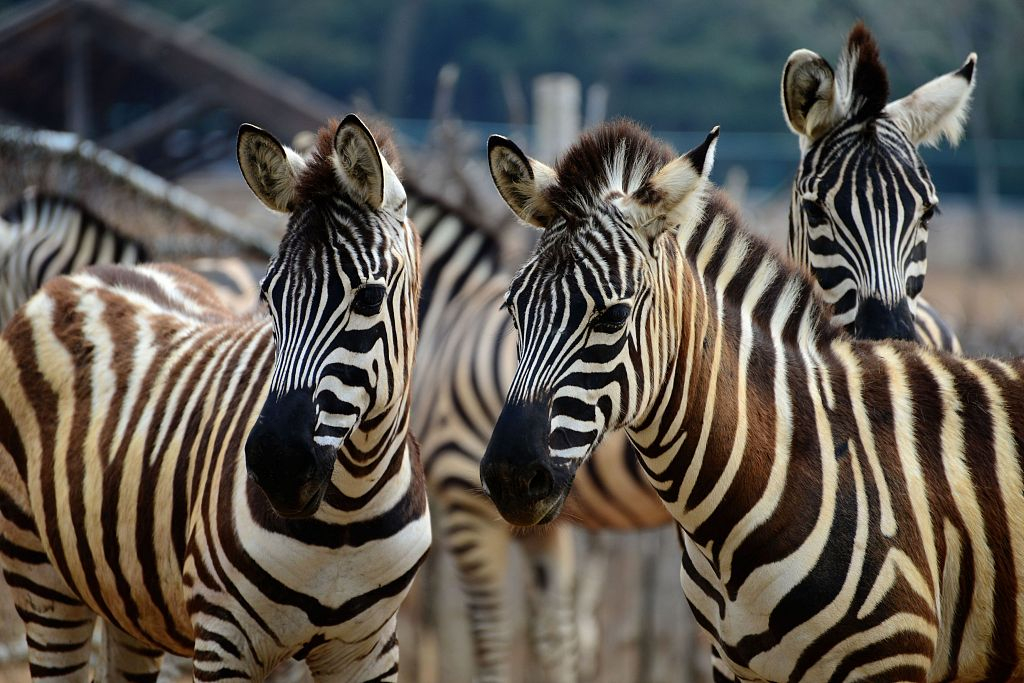 Many zoos have been under heavy financial burden since late January amid the coronavirus outbreak. Revenue has plummeted with little or no visitors and rising prices to transport food for the animals.

The Qingdao Forest Wildlife World has been closed since January 24. Before the epidemic, the average number of visitors was 1,000 per day, while the number usually doubled during the Spring Festival period. Tickets cost 100 yuan (14 U.S. dollars), but now the zoo has launched advance ticket sales for 30 percent off.

Meanwhile, livestreams showing how the wildlife are coping during the epidemic have been broadcast since mid-February. Other zoos, like Beijing Zoo, Shanghai Wild Animal Park and Nanjing Hongshan Forest Zoo have also offered such online shows to the public.