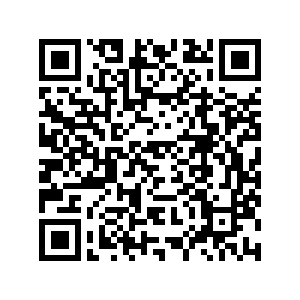 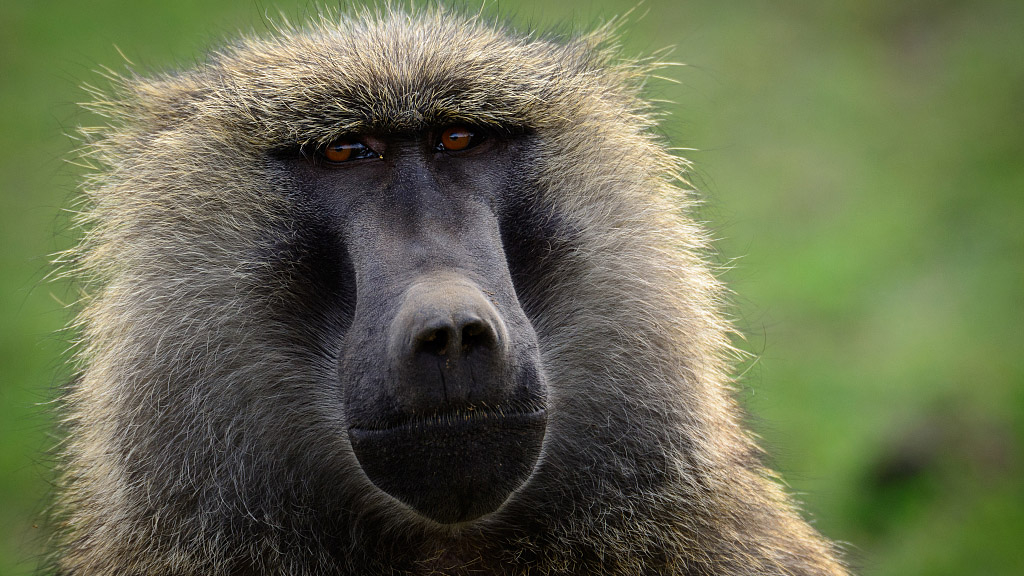 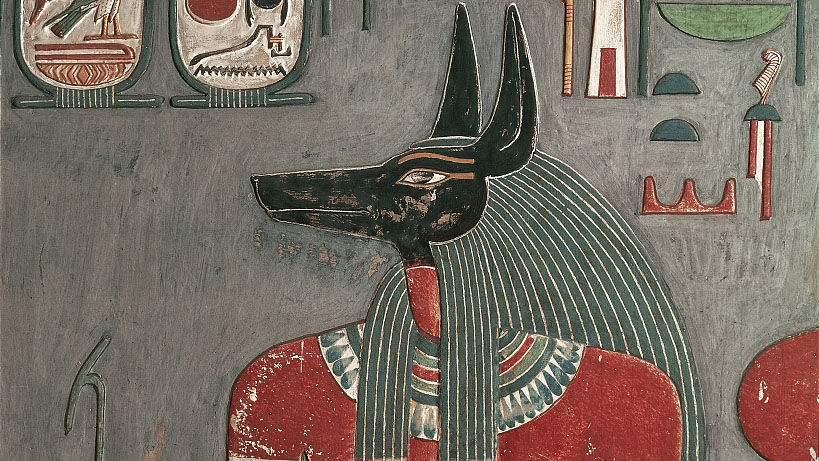 The most wide-ranging species of baboon – the olive baboon gets its name from its grayish green coat resembling the color of olives. Its distinctive face also earned it another name – the Anubis baboon, which comes from the Egyptian god Anubis, who was often represented by a dog head. 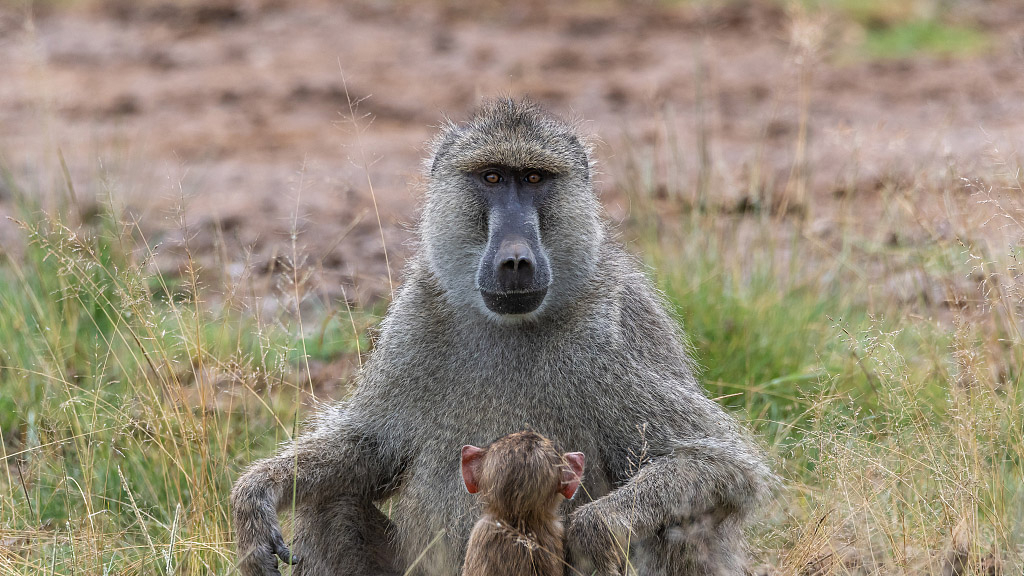 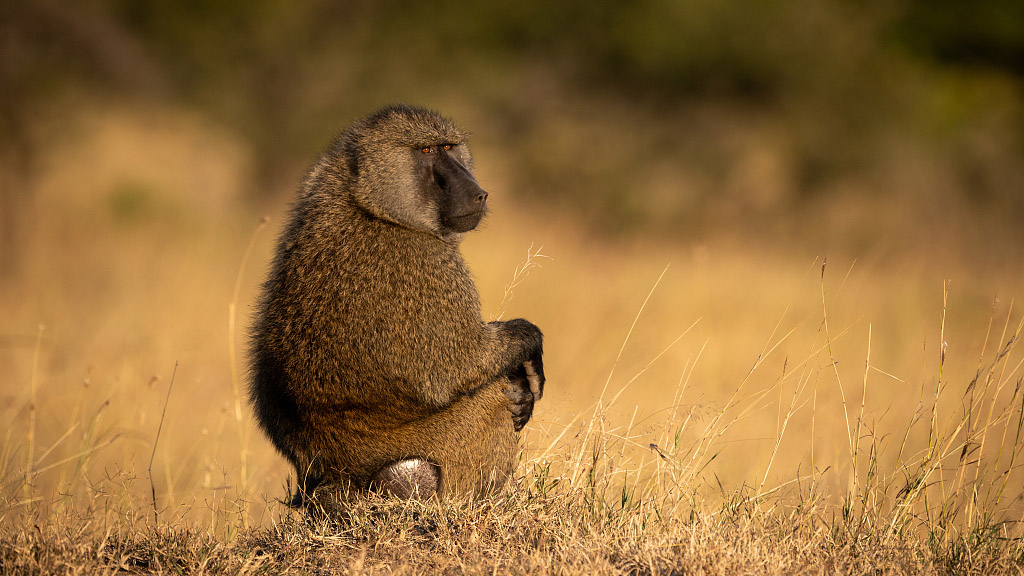 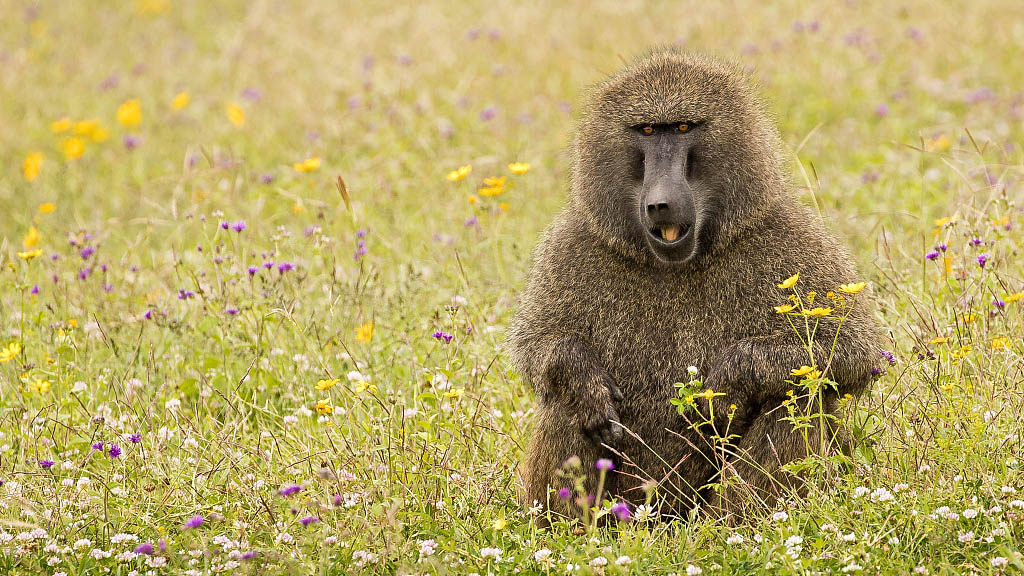 The olive baboon inhabits a long strip of area that includes 25 equatorial countries across the African continent. They are largely found on savannas, while some are also found in tropical rain forests or deserts.

This is a species that has a strong sense of community. They usually live in troops ranging from 20 to 60 individuals while the largest one can reach up to 150 individuals. 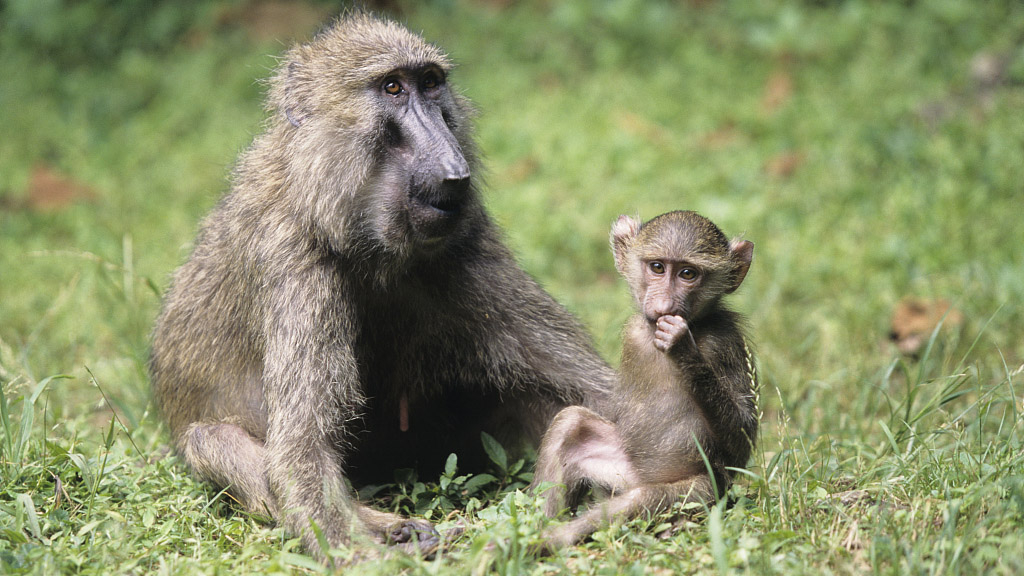 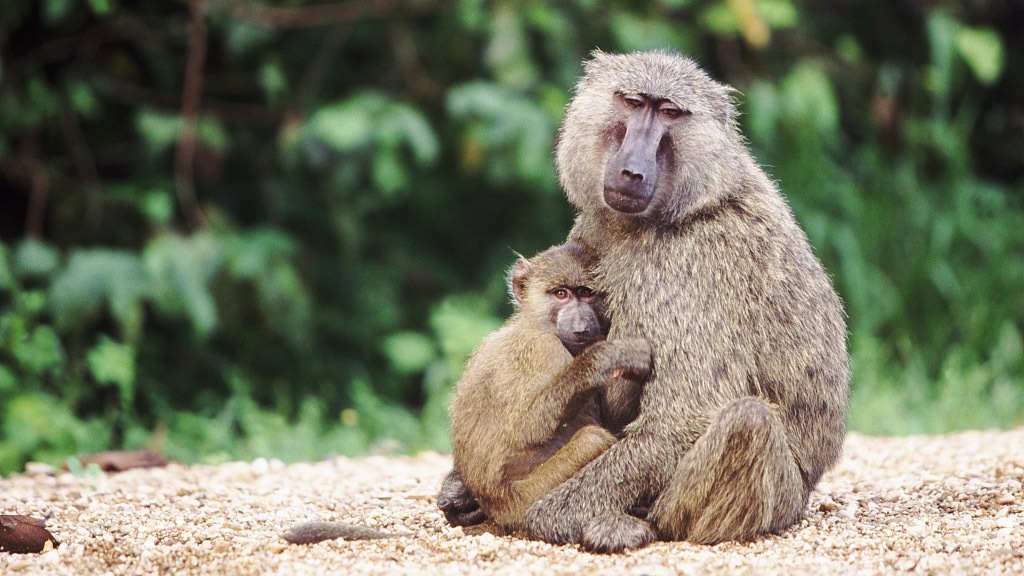 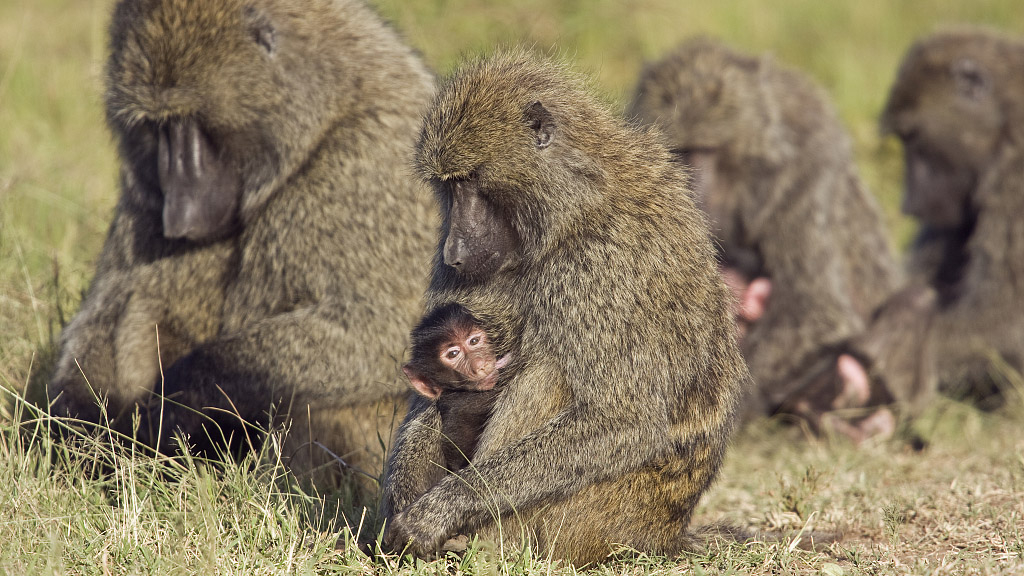 Females remain in their native troop their entire lives, whereas males depart when they reach maturity. This gives females a hereditary dominance, forming the core of the baboon society.

Related females are usually friendly to each other. They like to stay close, grooming and cuddling one another, and team up in aggressive encounters within the troop. Remaining in the natal groups give them strong bonds. 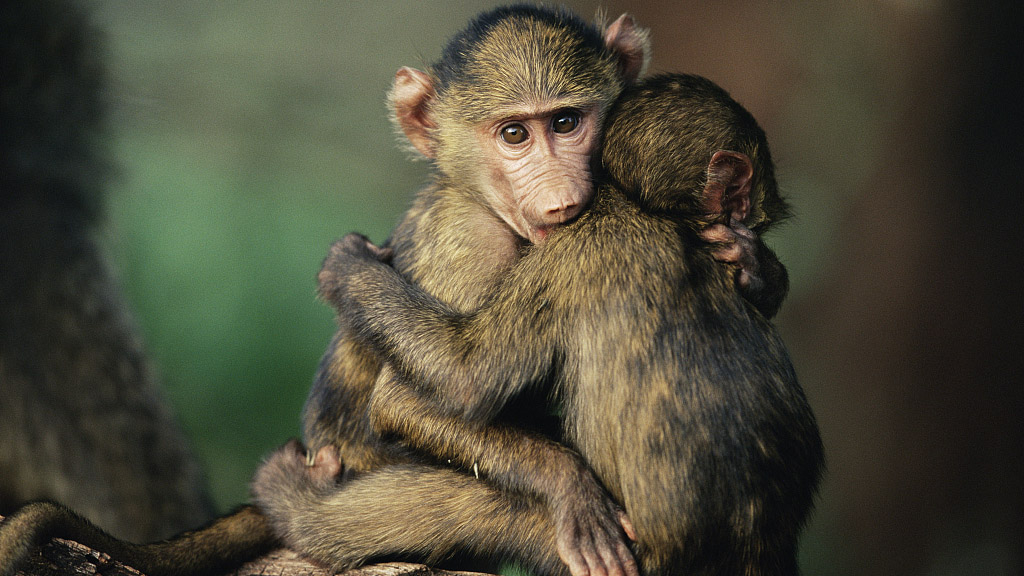 A young olive baboon is hugs its sibling. /VCG

A young olive baboon is hugs its sibling. /VCG 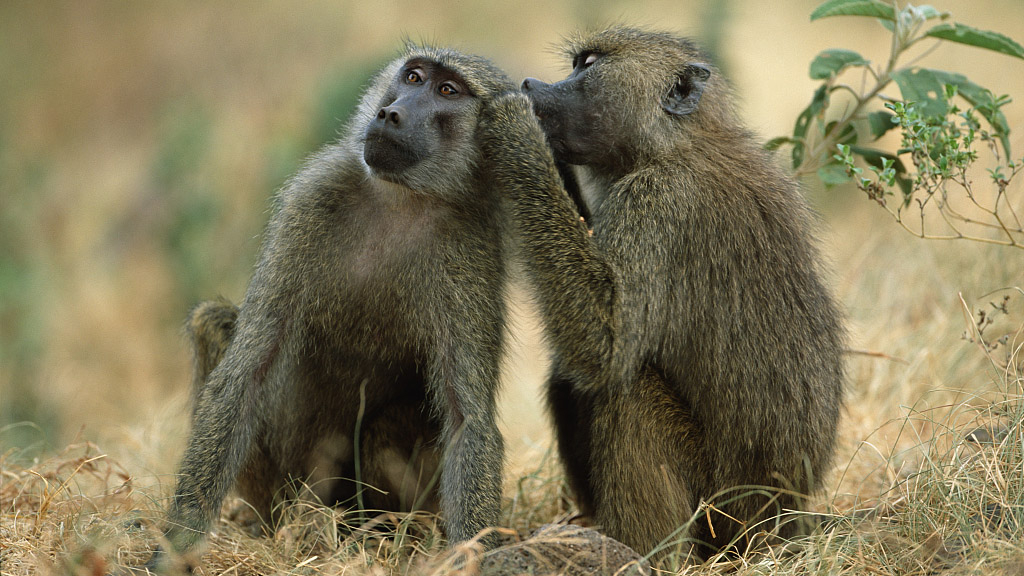 ​Like many other species of baboons, olive baboons are omnivores. This means they practically eat anything they can find.

During the rain season, olive baboons pick and gorge on fruit, young leaves, flowers, and fresh grasses in the savanna. During the dry season, they consume cacti, insects, birds, eggs and vertebrates. They even prey on primates like rabbits and Thompson gazelles. However, since they are not true carnivores, hunting is only occasional. 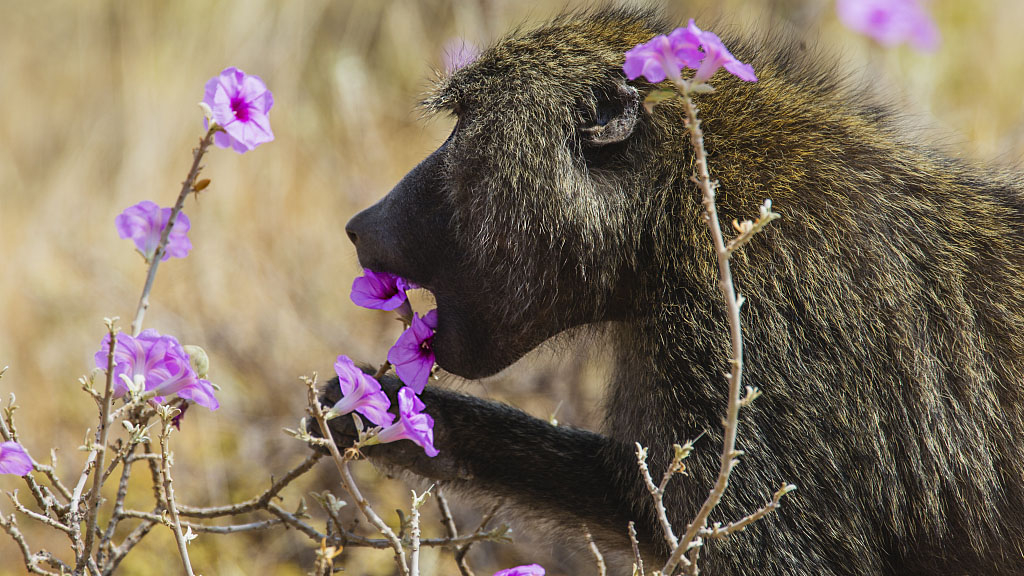 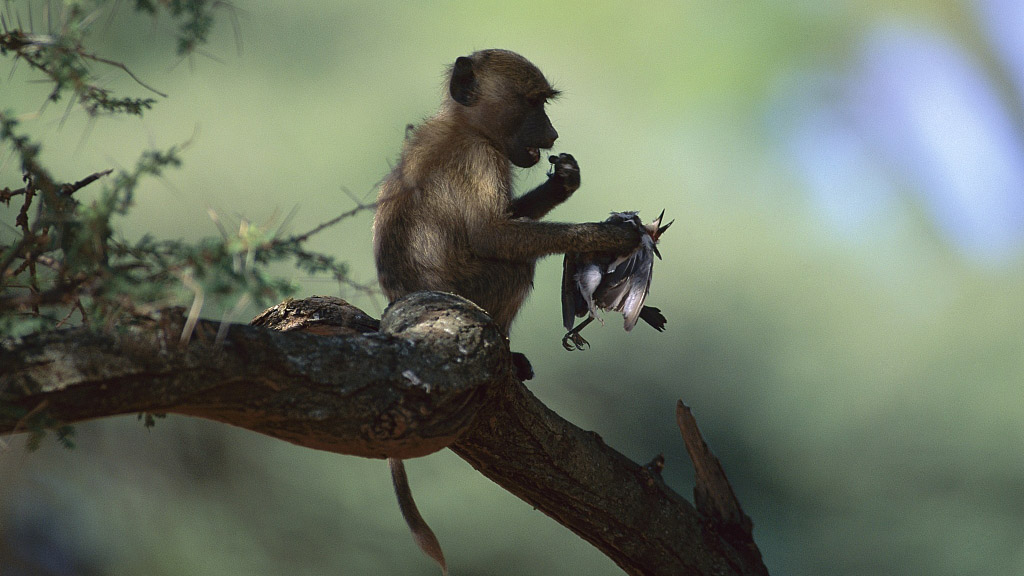 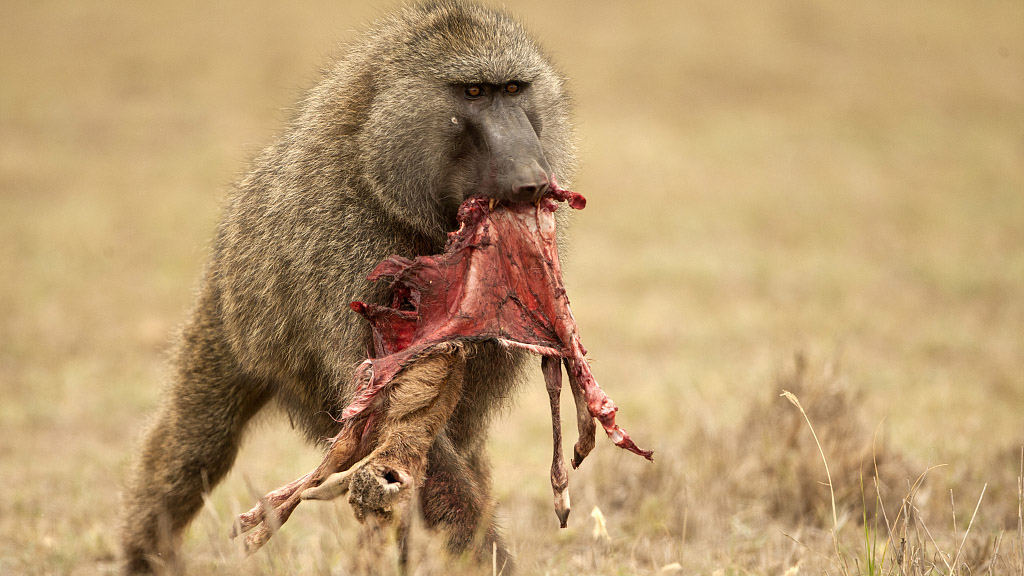 They are very skilled in selecting the most nutritious part from each type of food they can find in any season.

In many areas of their range where human populations are increasing, olive baboons are forced to approach agricultural settlements and raid crops for food. They also feed on garbage and human waste. Therefore, they have been actively persecuted as pest.