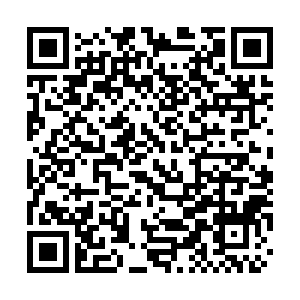 China has criticized the "2019 Country Reports on Human Rights Practices" released by the U.S. State Department on Wednesday for interfering in its internal affairs, with authorities in the Hong Kong and Macao special administrative regions condemning the document.

The Hong Kong government on Thursday responded to the document by reiterating that foreign governments should not interfere in any form in the internal affairs of the the Hong Kong Special Administrative Region (HKSAR).

Since Hong Kong's return to China, the HKSAR has been exercising "Hong Kong people administering Hong Kong" and a high degree of autonomy in strict accordance with the Basic Law of the HKSAR, and the "One Country, Two Systems" principle has been fully and successfully implemented, said a spokesperson of the HKSAR government.

The spokesperson of the Commissioner's Office of the Chinese Foreign Ministry in the HKSAR echoed the same views in a statement on Thursday, saying that although the U.S. ranks lower than Hong Kong in terms of both freedom and the rule of law, it has nevertheless proclaimed itself as a judge of global human rights.

"The reports have distorted the truth by glorifying extremist vandalism and violence that would be unacceptable to any law-governed society, and heaping abuse upon the HKSAR Government and police who have worked strenuously to stop violence and end the chaos in accordance with the law," said the statement.

The Macao SAR government said in a statement that the reports make baseless claims about Macao, and such claims are the product of political bias and arrogance.

"Foreign countries have no right to interfere in China's domestic affairs and should not interfere in any form in the internal affairs of Macao," said the statement.

The rights and freedoms of Macao residents are fully protected under the Constitution of China and the Basic Law of the Macao SAR, it said.

Responding to a query about the report's Taiwan section, Zhu Fenglian, spokesperson for the State Council Taiwan Affairs Office, said it was like "creating something out of thin air."

The U.S. side accused China of pressuring media outlets in Taiwan. Zhu dismissed the accusation as "entirely misleading and malicious slanders."