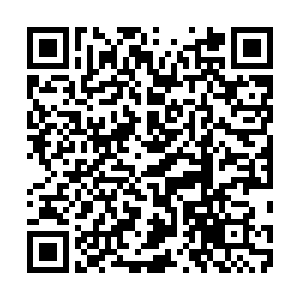 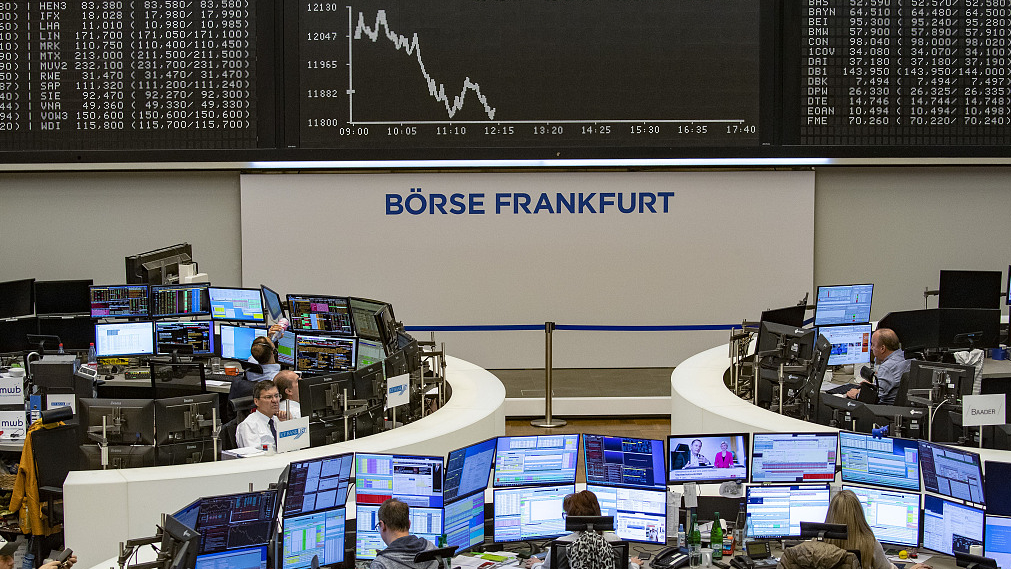 Traders sit in trading floor desk pods near the downward trajectory of the DAX Index curve inside the Frankfurt Stock Exchange in Frankfurt, Germany on March 2, 2020. /VCG

Traders sit in trading floor desk pods near the downward trajectory of the DAX Index curve inside the Frankfurt Stock Exchange in Frankfurt, Germany on March 2, 2020. /VCG

European shares plummeted to their lowest in almost four years on Thursday as investors were rattled by dramatic travel restrictions imposed by U.S. President Donald Trump in an attempt to halt the fast-spreading coronavirus.

Trump on Wednesday suspended travel from Europe to the United States for 30 days, sending a shockwave through financial markets that pushed U.S. stock markets into bear market territory.

The benchmark STOXX Europe 600 Index fell 6.3 percent, extending declines to a sixth straight day with all but one constituent trading in the red as the World Health Organisation declared the coronavirus outbreak a pandemic. 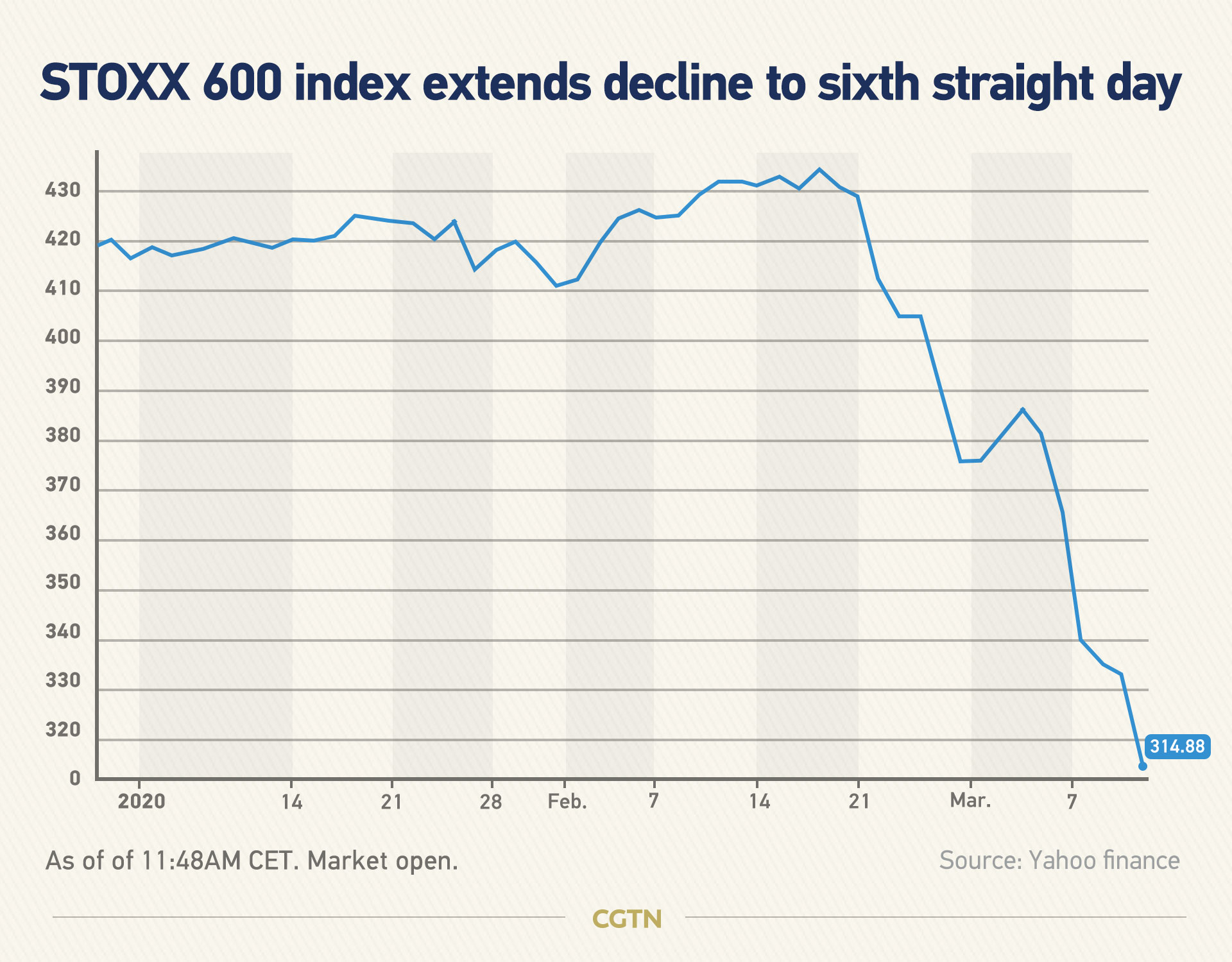 Travel and leisure stocks SXTP shed 9.9 percent to hit their lowest since 2013, with Air France KLM, Lufthansa and British Airways-owner IAG declining between 11.4 percent and 13.5 percent.

The sector has now lost over a quarter of its value this month as a virtual halt to business travel and holiday cancellations force airlines to cut back on flights.

"Travel restrictions equal slower global economic activity, so if you need any more coaxing to sell after a massively negative signal from overnight trading in U.S. markets, it just fell in your lap," said Stephen Innes, global chief markets strategist at Axicorp.

All eyes will now be on the European Central Bank policy meeting later in the day, with expectations running high that the central bank will join its UK, American and Australian peers in cutting interest rates further.

In an unusual move, the ECB's bank supervision arm, which generally acts independently of monetary policy, is also expected to outline ways to help the financial sector.

Analysts question whether the measures will do much to assuage investors' underlying concerns.

"All these central bank measures cannot solve the problem of disruption of transportation and production," one German-based strategist said.

"It certainly helps that we won't see a fiscal crisis last seen in 2008-2009, but it doesn't really help company earnings." 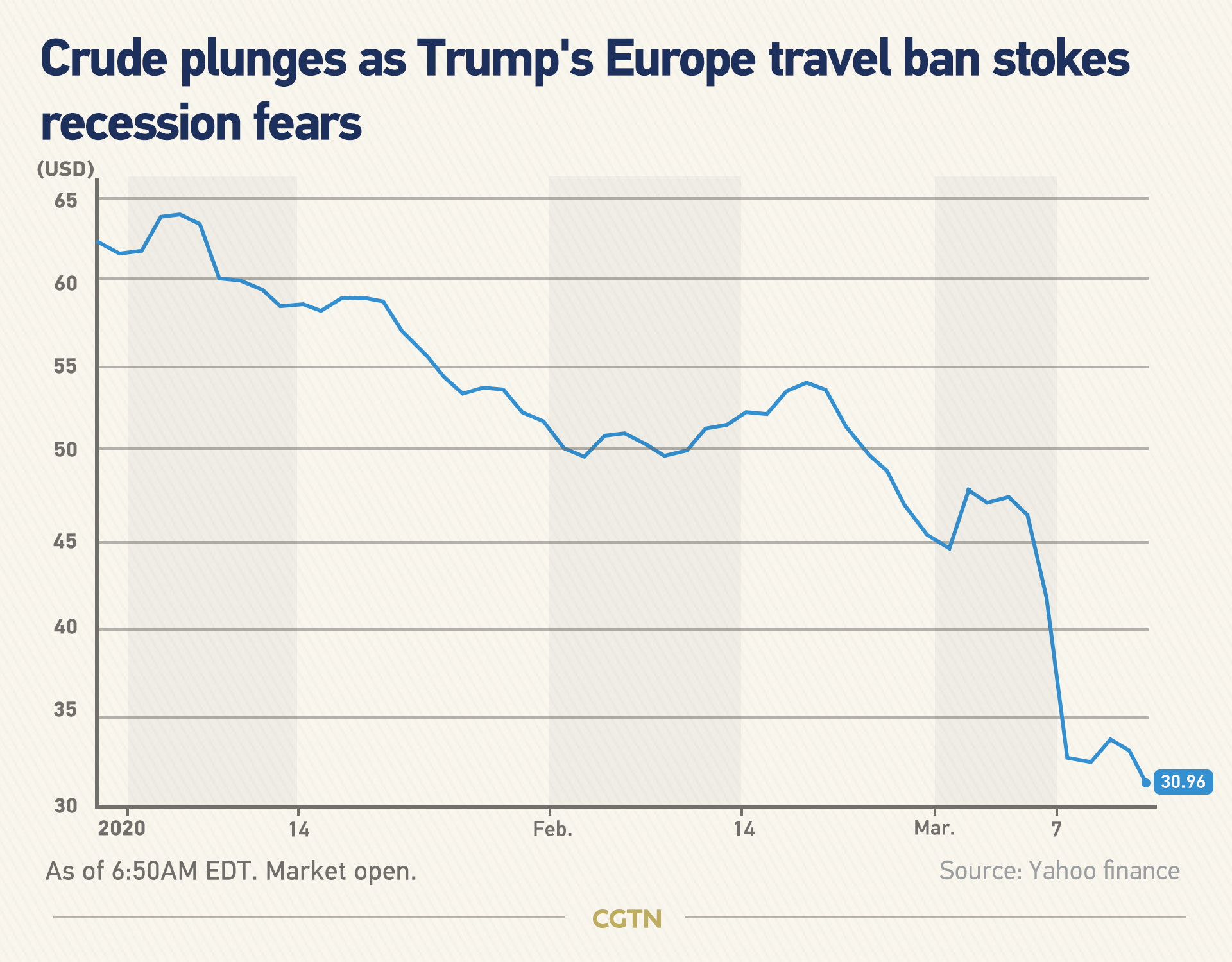 Oil prices were also hammered, with both main contracts falling around six percent. The oil market was already under pressure after Saudi Arabia and Gulf partner UAE stepped up a price war with plans to flood the global markets.

"We are now staring at the whole world going into a lockdown," Vandana Hari, of Vanda Insights, said. "Oil demand can be expected to crash through the floor, and all previous projections on oil consumption are now out the door."

The Saudi move was the latest escalation of a fight among oil producers after Russia balked at an OPEC-backed plan to cut production in response to lost demand because of the coronavirus.

"The virus itself continues to spread in Europe and the US, meaning more extensive containment measures are likely, which will weigh further on global growth," said Tapas Strickland, senior analyst at National Australia Bank.

"Markets are crying out for a coordinated response to COVID-19 headwinds, and a lack of concrete US policy action is rattling markets," he said.

Katrina Ell, a senior Asia-Pacific economist at Moody's Analytics, said the overall economic toll of the crisis has yet to be determined.

"While a health epidemic typically brings a strong revival in activity after containment, the COVID-19 outbreak has not reached that point, and the economic toll has increased,"  she said in a note.

"The economic cost of the virus to the global economy will ultimately be determined by the length of time taken to contain it and the number of infections."

The bloodbath across global trading floors has come despite a raft of measures by governments worth tens of billions of dollars to offset the impact of the disease, while central banks will be called upon to cut already low interest rates and introduce other fiscal measures.