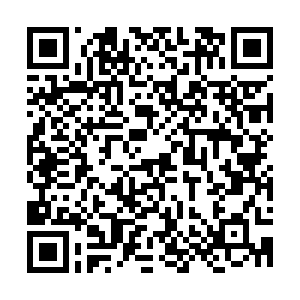 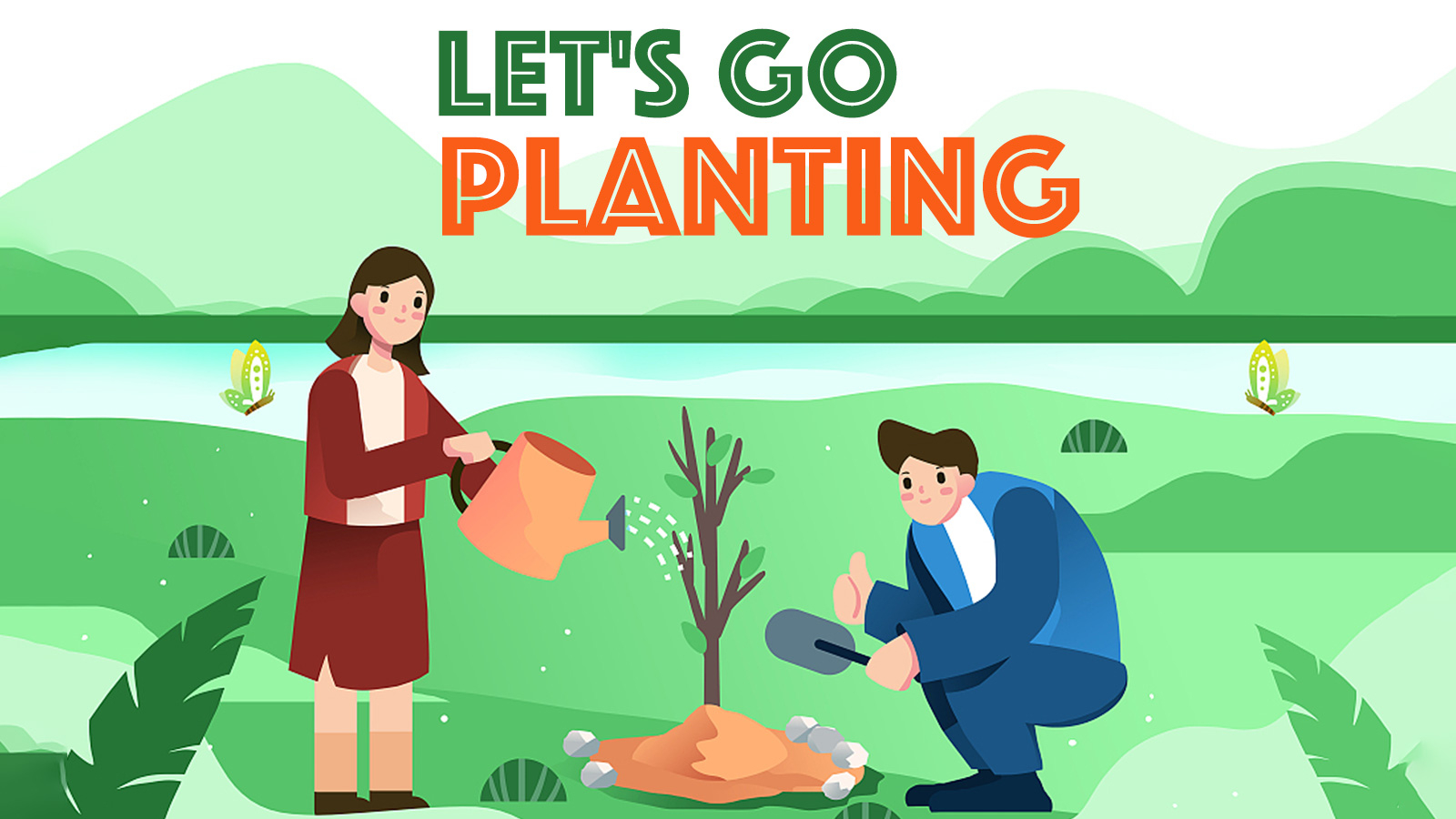 March 12, also known as the "Chinese National Tree Planting Day," is here. This year, because of the epidemic, many tree planting activities have been postponed or canceled. Although real-life planting is impossible, there is the possibility to do "cloud planting" with botanical gardens around the world.

How to go tree planting this spring when the whole country fights the coronavirus epidemic?

As a national voluntary tree-planting base, Shanghai Botanical Garden has carried out planting day activities for 10 years, and this year it's launching an online tree adoption campaign. During the planting day, Shanghai Botanical Garden also launches other campaigns, such as a nature presentation, shows videos on plants and the growth process to share the fun of planting, observing, and recording it with the public. These campaigns are available through the official WeChat of the botanical garden, Xinmin.cn reported.

"The children were disappointed that they couldn't go out and plant trees, but I found new ways to make up for it," Liu Shunlin, a 32-year-old resident of Guiyang, said to Xinhua News Agency. Every March, Liu would take his children to the countryside, hiking and planting trees. This year, he chose to donate online and support a professional afforestation team.

According to the State Forestry and Grassland Administration (NFGA), as of March 10, a total area of 8,740 square kilometers of afforestation have been completed nationwide, accounting for 12.9 percent of the annual planned tasks, nearly two percentage points less than the same period in previous years.

"Even if there is a slight delay in planting this spring since the epidemic, the impact on planting projects for the whole year should not be too great," Zhang Jianguo, director of the Research Institute of Forestry under the Chinese Academy of Forestry (CAF), said, adding that although citizens in some cities and areas can't go out on time to plant trees, they can carry out their duty of tree planting through "Internet + voluntary tree planting," for example.

In his opinion, the voluntary tree-planting campaign has been carried out for many years and fully mobilized social forces to plant trees and accelerate the growth of greening areas. More importantly, planting trees helps people become more aware of the importance of protecting the environment.

From virtual trees to real forests

This year, low-carbon environmental protection went from being a "fashion" to a "habit" integrated into everyone's life.

In the past week, the energy data of the Ant Forest, a mobile app beloved by hundreds of millions of Chinese Internet users, has increased significantly, indicating that people are still keeping the awareness of "low carbon emission reduction" while getting their life and work back on track, according to Sina.com.

Ant Forest attracted more than 500 million people with a cumulative carbon emission reduction of 7.92 million tons. The conversion of "green energy" in desertification areas resulted in the plantation of 122 million trees with a total area of nearly 1,120 square kilometers of land. 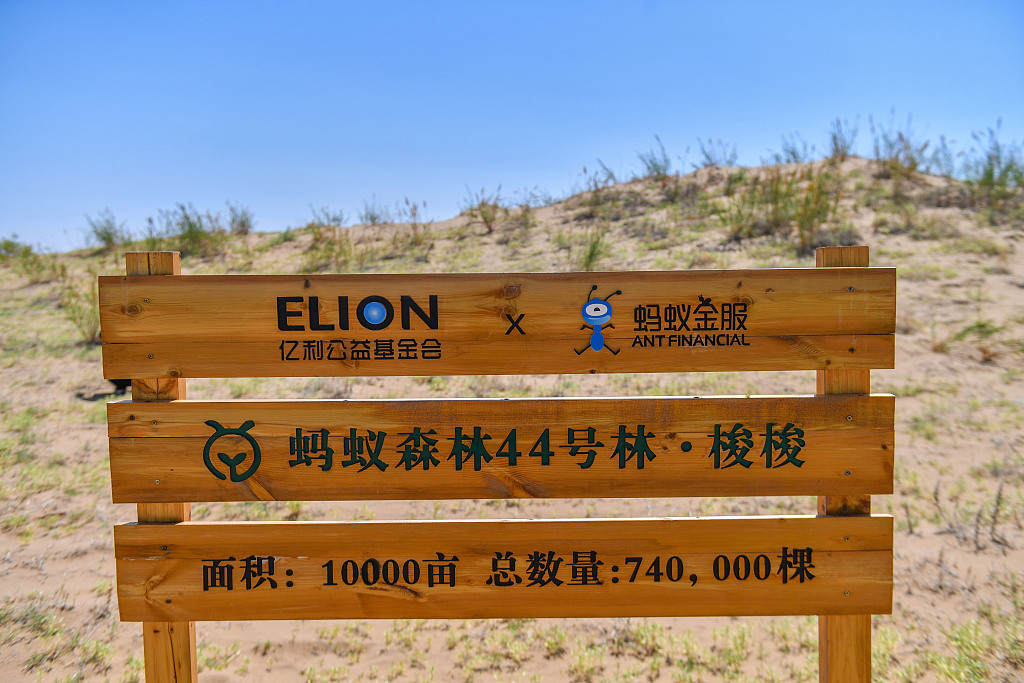 A sign at the edge of the desert, Forest No. 44, shows the area and the total number of trees planted. Minqin County, Wuwei City, northwest China's Gansu Province, August 3, 2019. /VCG

A sign at the edge of the desert, Forest No. 44, shows the area and the total number of trees planted. Minqin County, Wuwei City, northwest China's Gansu Province, August 3, 2019. /VCG

Some netizens commented that in the ant forest is possible to see the "persistence, warmth, and hope of the Chinese people in this special spring."

Ant Forest is a scheme launched on Alipay mobile client by Ant Financial Services Group in August 2016. Combining Internet, finance, and a low-carbon lifestyle, it is a personal carbon account and a public benefit activity.

In the Ant Forest scheme, any activity on the Alipay platform that are considered low-carbon are counted and converted into virtual "green energy."

The activities include walking instead of driving, paying for utilities and buying tickets online, taking public transport, and so on.

This virtual "green energy" is then used to grow a virtual tree in the user's Ant Forest account, which is then converted into a real tree, planted in the desert by workers supported by Ant Financial and its partners.