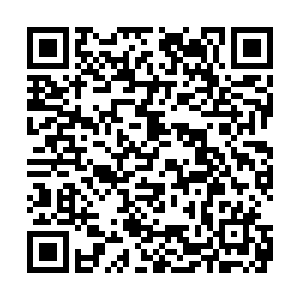 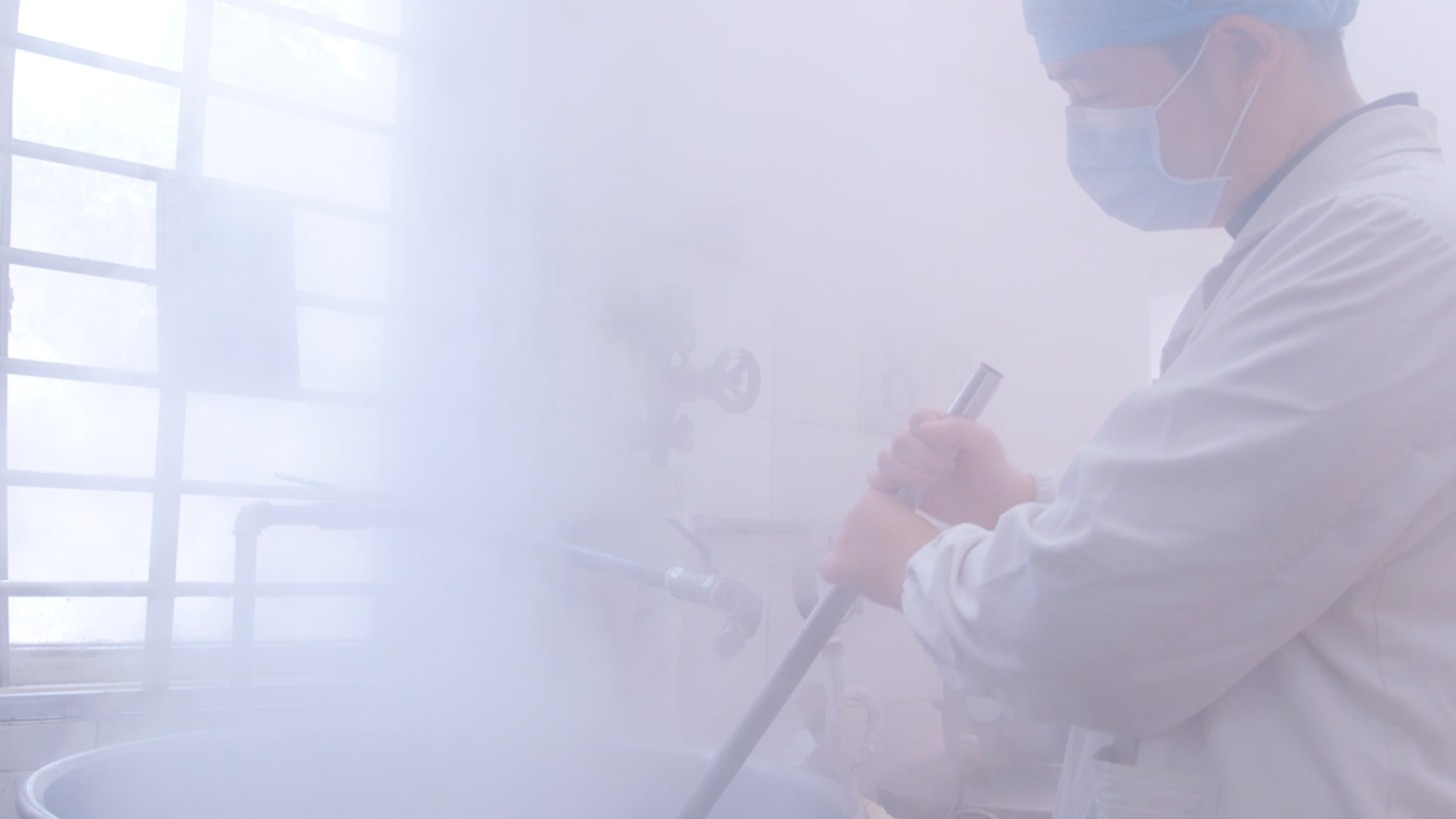 Chinese doctors have a old weapon in the fight against a new enemy, using techniques from their predecessors' arsenals. Traditional Chinese Medicine (TCM) is one of the nation's oldest, most time-honored approaches to tackling diseases.

"We believe that TCM works very well in treating the coronavirus. It's crucial in providing early intervention on the disease and preventing minor or mild symptoms from worsening," said Li Xucheng, director of the emergency department at Wuhan Hospital of Traditional Chinese Medicine.

Li's hospital applies TCM treatment for almost every coronavirus patient. Some treatments reduce coughs and fever, while others boost the immune system. Dr. Li showed CGTN a prescription modified from a 700-year-old formula by a famous practitioner in the Yuan Dynasty.

"There are eight herbs in this prescription. It's called the Jade Screen Powder," said Dr. Li, showing us the ingredients, "Its main effects are supplementing vital energy, consolidating resistance, dissipating dampness and detoxification. This can help a person fend off pathogens from outside, including the coronavirus." 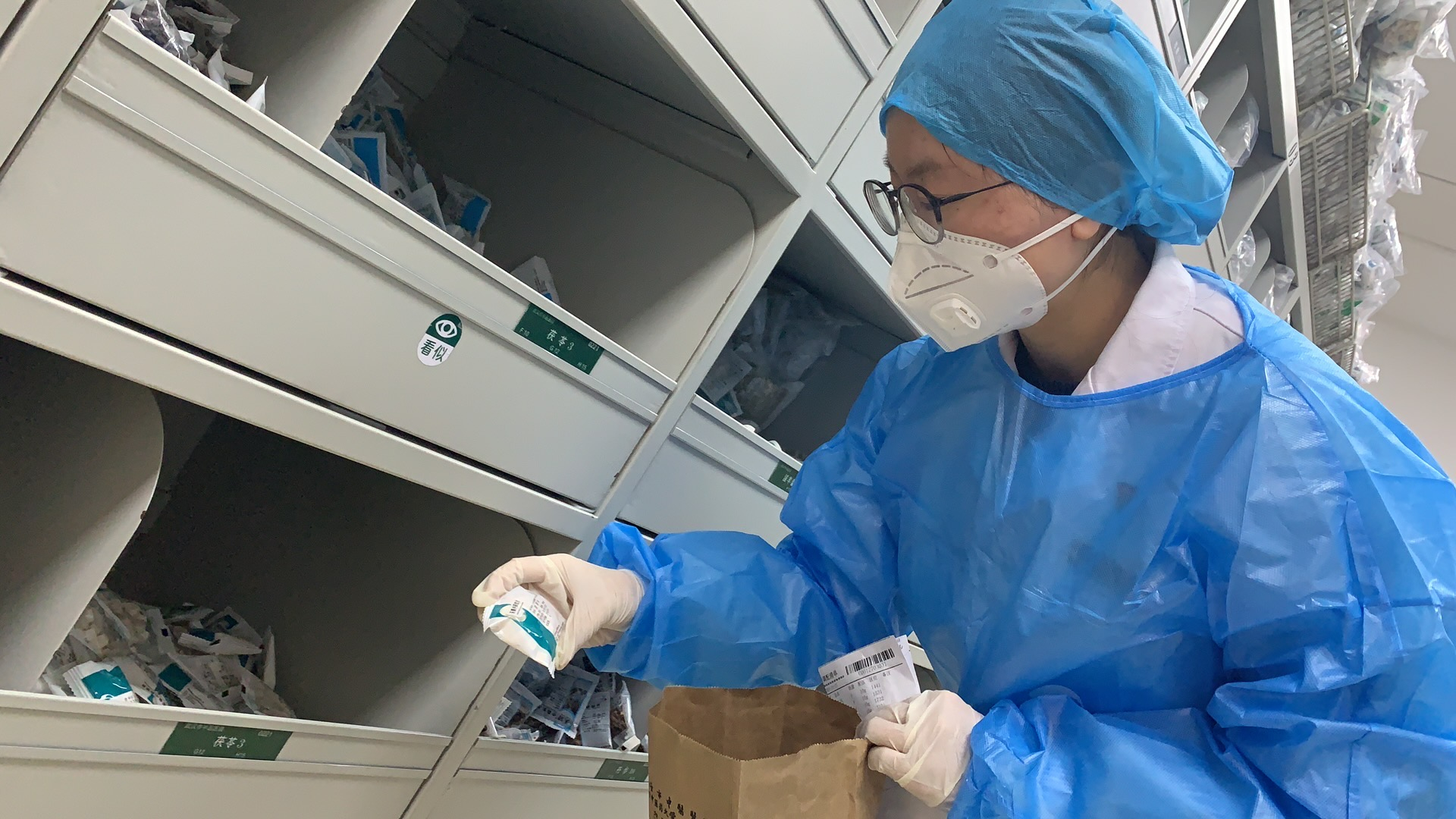 A medical worker picks up a bag of herbs in a pharmacy of Wuhan Hospital of Traditional Chinese Medicine. /CGTN

A medical worker picks up a bag of herbs in a pharmacy of Wuhan Hospital of Traditional Chinese Medicine. /CGTN

More than 85 percent of the hospital's medicine for treating COVID-19 patients are potions, with effects to expel shi xie, or pathogenic dampness in TCM concept, which practitioners believe is the culprit of the raging pandemic.

"The public often dismisses TCM as just a regimen. But the fact is, it has been treating deadly diseases, since long before Western medicine arrived in China," said Dr. Li, who has witnessed many cases in which applying Western treatment yielded little effect.

Ms. Yang, 56, thought she was dying three weeks ago, before she was assigned to this hospital. "I was in serious condition when I first came here. I could barely walk," said Yang.

"Her face was blue, staggering against the wall, as if she was dying," her roommate said, recalling the first day they met.

Yang had experienced nausea and vomiting after taking an injection using Western medicine. After counseling with her doctor-in-charge, they decided to switch to full TCM treatment. Only a week after receiving treatment, Yang felt her condition was getting better day by day.

"I was brought back to life and health. I really appreciate the doctors and other workers at the hospital. TCM has been a great help for me," said Yang.

Medical workers say in many cases when TCM was applied, patients' symptoms were eased and their recoveries expedited. Other treatments boost the immune system, which is vital for patients to overcome any illness.

"The most significant effect is getting from positive to negative faster. It's also easier for patients to cough up phlegm and help ventilate the lungs. In terms of reducing fever, normally after drinking the potions, very few patients appeared to have long-lasting fevers," said Yu Yuanyuan, an attending physician of the hospital.

Wuhan Hospital of Traditional Chinese Medicine has received over 600 coronavirus patients since the outbreak began. Over half of them have recovered and left hospital. Li says so far there isn't any available medicine or vaccine. Until then, TCM remains a fair option for China and the world.