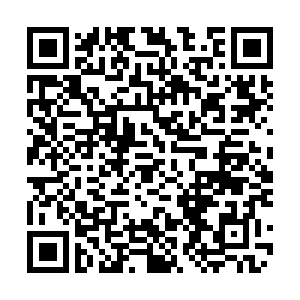 Wall Street stocks plunged on Wednesday, with the Dow confirming a bear market for the first time since the financial crisis, after the World Health Organization called the coronavirus outbreak a pandemic.

A bear market is confirmed when an index closes 20 percent or more below its most recent closing high. What does this mean? 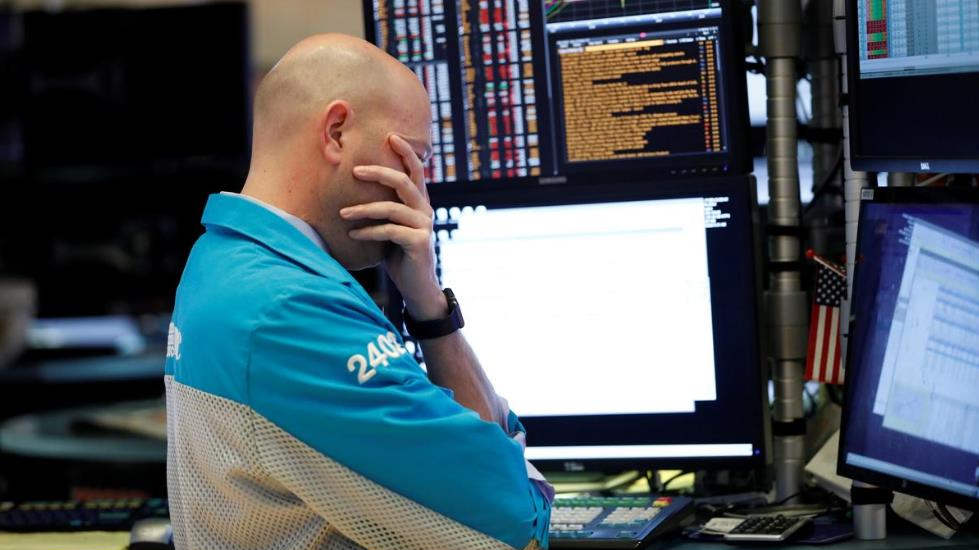 For many investors, Wall Street's recent deep losses are marking the end of the longest S&P 500 bull market on record, and their question now is, how deeply will a new bear market fall before recovering?

"There's just a plethora of bad news today, a growing number of people with the disease, there are different points of view in how stimulus should work, and the market is acting accordingly," said Peter Tuz, president of Chase Investment Counsel in Charlottesville, Virginia, U.S.

"You call this thing a pandemic and all hell breaks loose."

Further deep declines on Wall Street may depend on whether the health crisis pushes the U.S. economy into its first recession in over a decade. 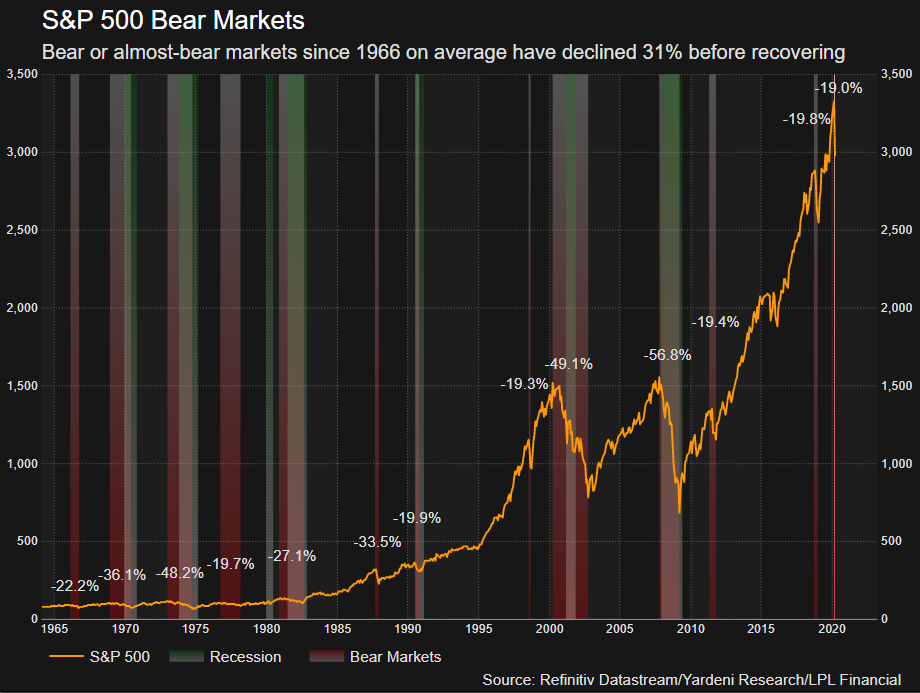 Many investors generally consider a bear market to be marked by a 20-percent drop in a security or benchmark from a major high, a development often accompanied by long-term pessimism and more declines. By that measure, the S&P 500 has experienced eight bear markets since the 1960s, according to Yardeni Research.

However, strategists warn the arbitrary 20-percent definition of a bear market is more useful for examining history than for making predictions in the midst of a dramatic selloff. A 20-percent decline in and of itself does not necessarily mean things are about to get even worse.

"A 20-percent drop is somewhat arbitrary. It's useful for bucketing things so that historians can go back and label environments. But it's not really useful in the here and now," said Willie Delwiche, an investment strategist at Robert W. Baird. Delwiche is counseling his clients not to panic about the recent volatility.

Factors like the speed of the market's decline, how much average stocks have suffered, and the reasons behind the selloff also contribute to whether investors view a deep downturn as a turning point in sentiment or a short-term interruption in a long-term bull market. Historically, more intense bear markets have been accompanied by recessions.

For example, the S&P 500's 15-day selloff from its record highs to its current level has been the fastest since 2009, according to Refinitiv data. 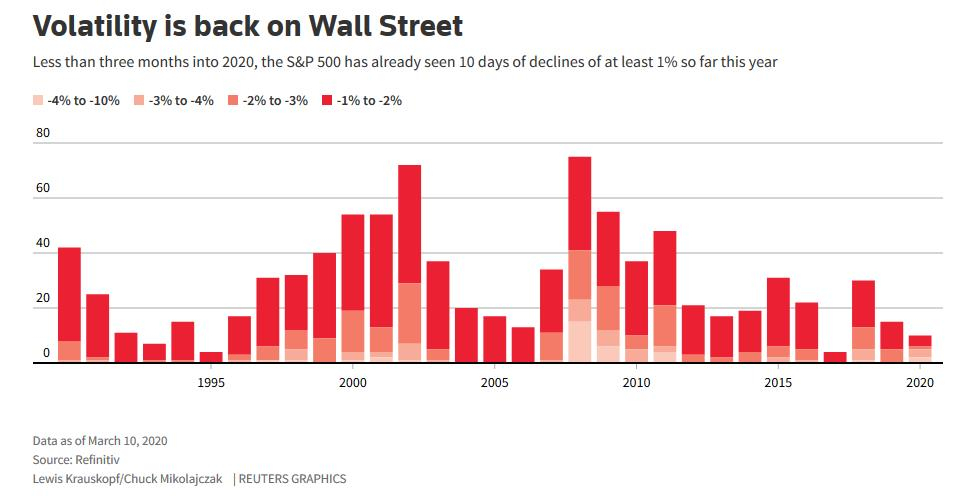 Delwiche said he views market slumps in 2011 and 2018 as bear markets, based on the intensity of those declines, even though the S&P 500 fell by less than 20 percent.

Since the S&P 500 hit a record high on February 19, the median change of its components has been a drop of almost 21 percent. Stocks down that amount include Alphabet  and Universal Health Services Inc.

Bear markets that coincided with U.S. recessions saw 37 percent declines in the S&P 500 on average, before bottoming out, while bear markets unrelated to recessions on average brought falls of 24 percent, according to LPL Financial.

In an analysis of bear markets, LPL included selloffs that fell just short of 20 percent. Overall, seven out of 15 selloffs on its list, going back to 1946, were accompanied by recessions.

Strong U.S. February employment data and other recent economic indicators likely do not capture the impact of the coronavirus, leaving financial markets and economists to anticipate severe economic disruptions in the months ahead. Many economists believe the virus, which causes a flu-like illness, may be the catalyst that interrupts the longest economic expansion on record, now in its 11th year. In that case, the stock market could continue to decline.

"If China truly has seen its coronavirus cases stabilize, if we see something similar, this could be a fairly short-lived bear market," said Tuz, "If we do not see that, this could last for many months."

Goldman Sachs said on Wednesday the S&P 500 bull market is likely to end soon, forecasting a 28 percent slump from its February peak as the coronavirus takes a toll on corporate profits.

"We're aware that the forward data is going to fall off a cliff, with the coronavirus taking hold," said LPL Financial senior market strategist Ryan Detrick. "But we don't think the end of the world is coming and that the coronavirus will have a lasting effect on the economy."