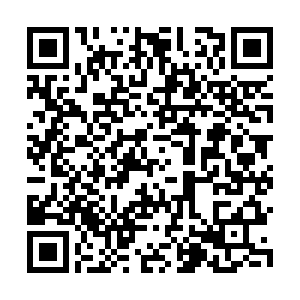 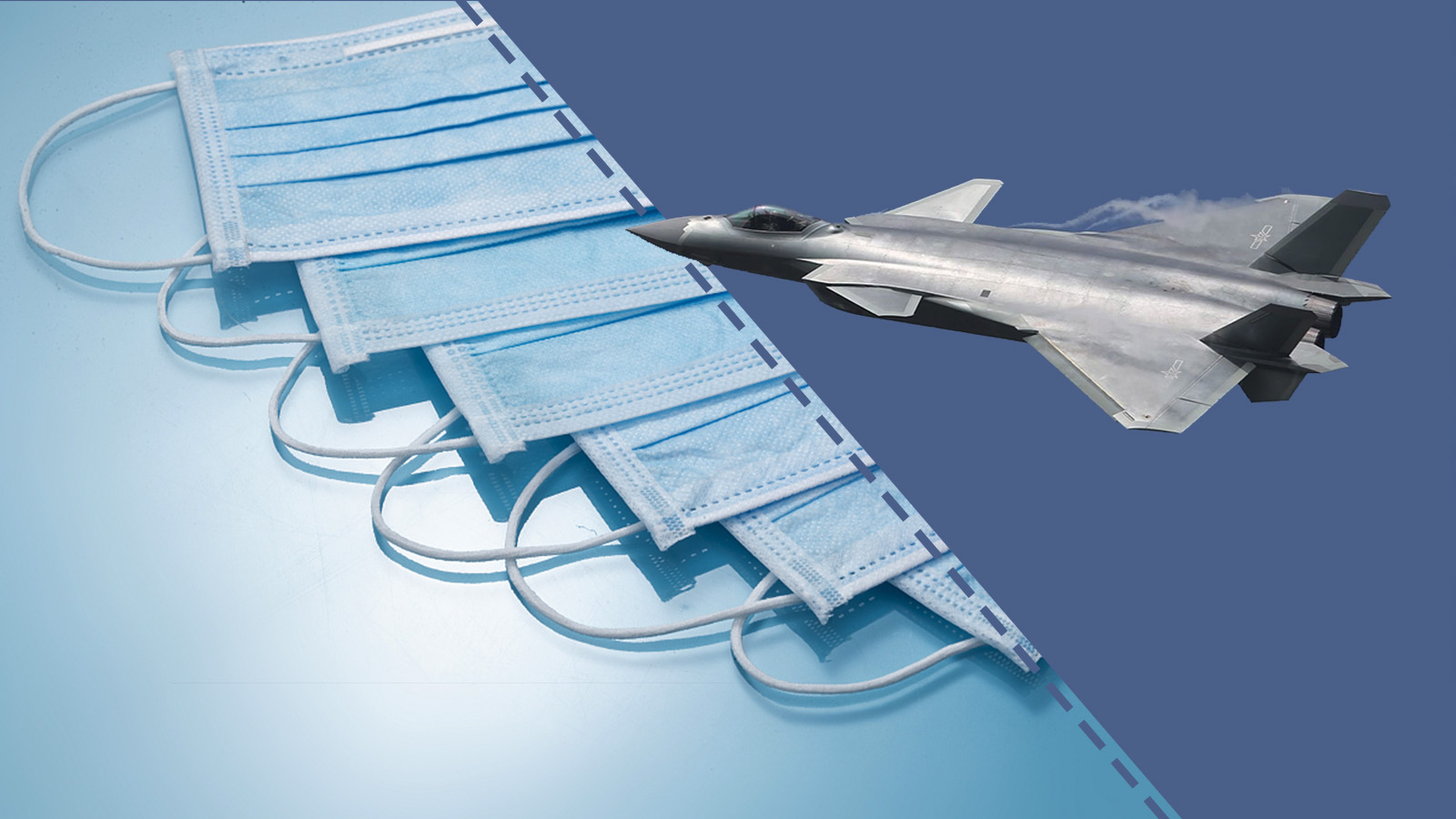 Twenty-four machines, 3 million masks, 1 day's capacity: This is the fruit of J-20 fighter jet technology that has been applied to mask production lines.

To fight against COVID-19, a contagious disease that has so far infected 132,000 people globally, the whole world is in desperate need of masks to protect against the virus.

Worries about mask supplies are increasing as many countries have been running short. In China, mask factories have been working around the clock to ease the shortage. 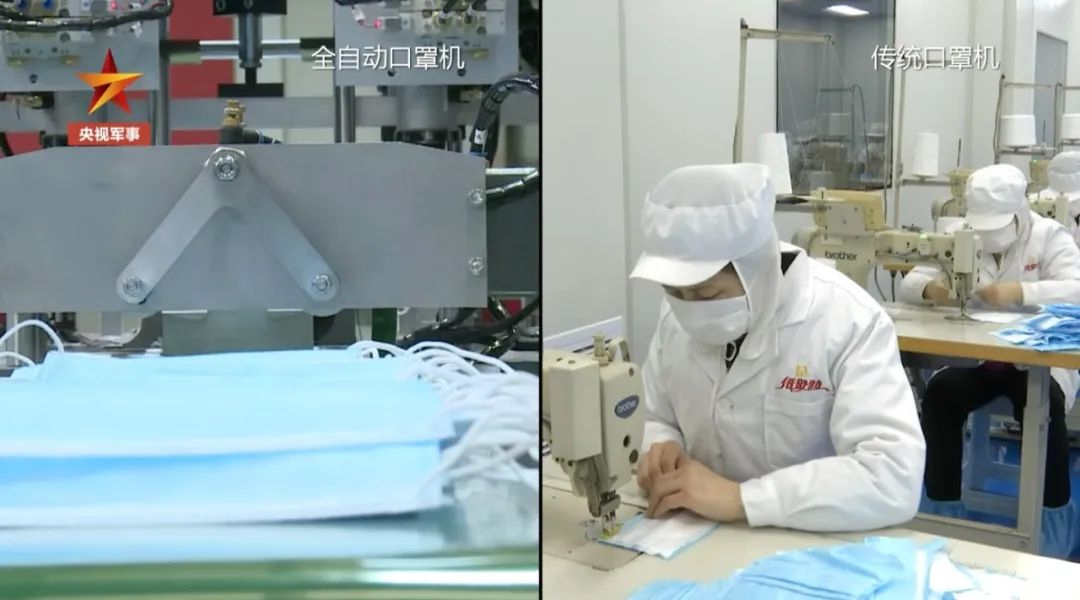 Among them is the AVIC Manufacturing Technology Institute, a research organization that provides key processing technology and equipment to China's new aircraft, engine development and aircraft factory upgrading.

For an aircraft manufacturer, making a mask production machine is a brand-new concept. Led by a team consisting of  engineers and technicians, the institute came up with a design in three days and built a prototype just 16 days later.

The automated mask production machine used the digital technology that was once applied in making parts for China's J-20 and J-10 fighter jets. "We carried out a digital simulation before real manufacturing so that unnecessary errors were avoided, which saved us a lot of time," said Li Zhiqiang, head of the project and president of the institute. 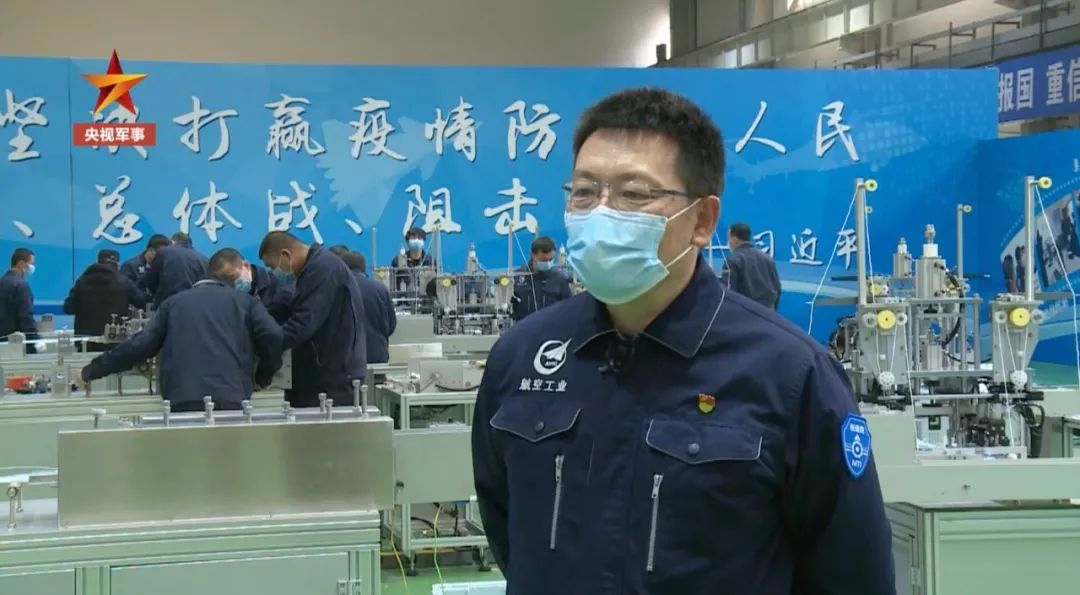 Li Zhiqiang, head of the project and president of the AVIC Manufacturing Technology Institute. /CCTV

Li Zhiqiang, head of the project and president of the AVIC Manufacturing Technology Institute. /CCTV

Four mask machines have been delivered by them and were sent to the local mask factories that were in urgent need. Li told CCTV that his organization expected to make another 20 machines by the end of March. Daily production capacity will then be raised to three million pieces.

Now, let's take a close look at how the machine works:

The automatic machine makes a kind of three-ply surgical mask. The outer layer is non-woven cloth, which functions to inhibit bacteria. The middle layer is a melt blown filter, which is the most critical part in filtering out viruses. The inner layer is a soft, absorbent non-woven fabric, mainly used to absorb moisture released by the wearer. 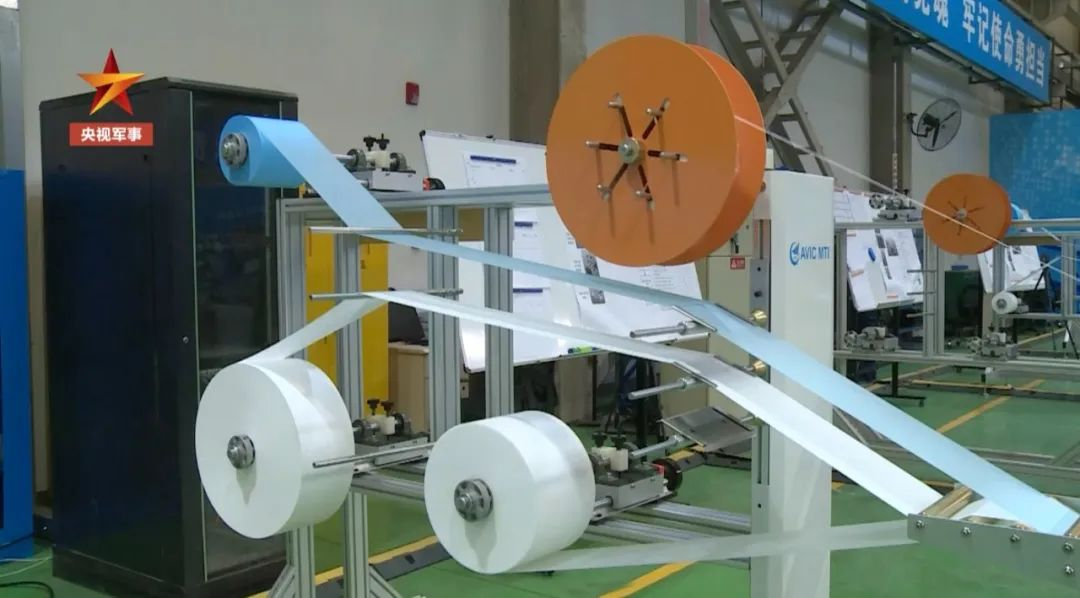 Second, the material is pleated and sliced into regular-sized shapes.

Then, a distribution machine sends the tailored masks to two welding machines to seal the sides together.

Finally, each welder welds on ear loops at a rate of 50 masks per minute.