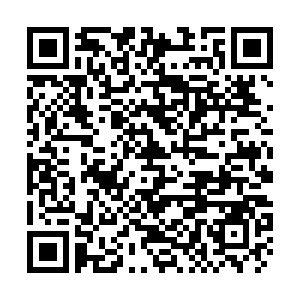 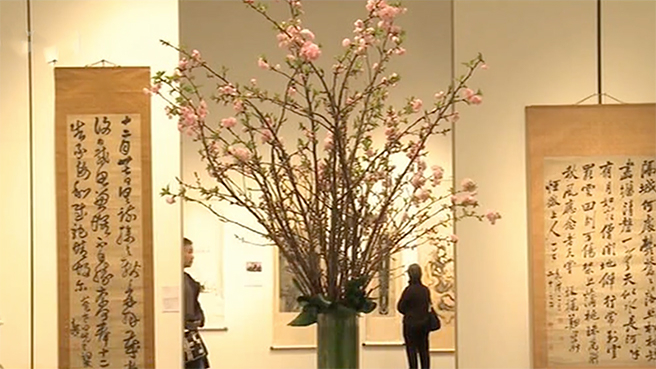 For many Asian art lovers, Asia Week New York is a must attend event. Every March, the city hosts a ten-day event celebrating Asian art. It features auctions, exhibits and special events. For the first time since its inception 11 years ago, many of the auction houses have cancelled their sales because of the novel coronavirus.

James Lally is the president of New York gallery J.J. Lally & Company. He has been buying and selling Chinese art for 45 years. At this year's Asia Week New York, his exhibit is titled "Elegantly Made: Art for the Chinese Literati." It contains 30 objects from several dynasties.

The most expensive piece is an 18th century boxwood carving of a Buddha sitting on a lion associated with the Imperial Palace. 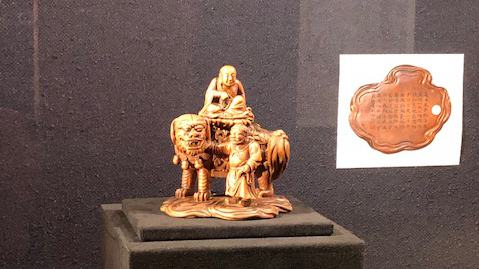 An imperial boxwood carving of Manjushri seated on a lion from the Qianlong period dated by its inscription to 1761. /CGTN

An imperial boxwood carving of Manjushri seated on a lion from the Qianlong period dated by its inscription to 1761. /CGTN

"It has a poem by the Emperor Qianlong on the base, praising the art work and referring to his devotion to Buddhism. Its rarity, beauty and special art historical importance combined that make it the most interesting, most valuable of all," said Lally.

Recently, Christie's and other auction houses in New York announced that in light of the coronavirus, they would be postponing their Spring Asian art sales from March to June in a bid to create the best possible sales environment for their clients.

"Particularly the Chinese-themed auctions depend largely on Chinese buyers from China and they couldn't get here," she said.

Travel restrictions and countless flight cancellations have made it exceedingly difficult for international buyers to get to New York.

Martin said two other art galleries have postponed their exhibitions until June. Her show featuring Japanese woodblock prints is carrying on. 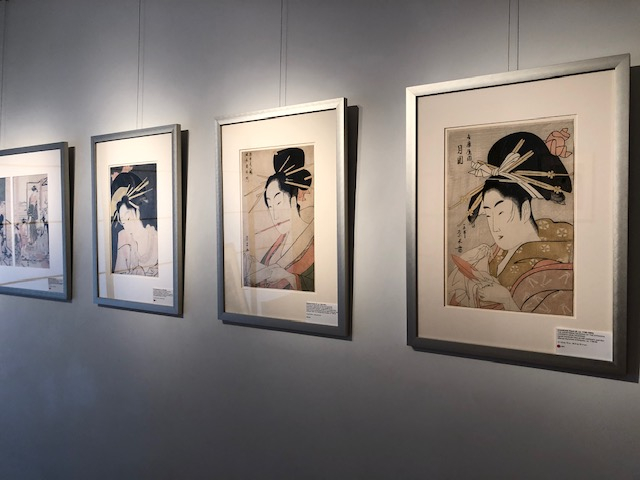 It features rare works from 1780 to 1800 considered the golden age of Ukiyo-e – a special style of Japanese woodblock printing – featuring scenes from the entertainment quarters of Japan's biggest cities.

Martin said her clients are mainly museums or collectors based in Europe and the U.S., so the coronavirus isn't having much of a negative impact on her business.

Lally relies more on Chinese buyers than Martin, but he is also carrying on.

"It's not a positive development that the Chinese are not coming, but we've already had contact by email, by internet. And, a lot of the people buying at this level are interested and educated and know what they're looking at. It's not ideal, but we're still doing business," he said.

Lally said he will likely bring his exhibit back in June when the auction houses hold their postponed sales.