In The Spotlight: Malaysia's new PM who stunned a veteran warhorse
Khushboo Razdan 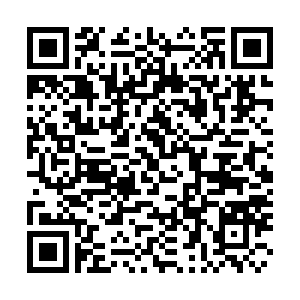 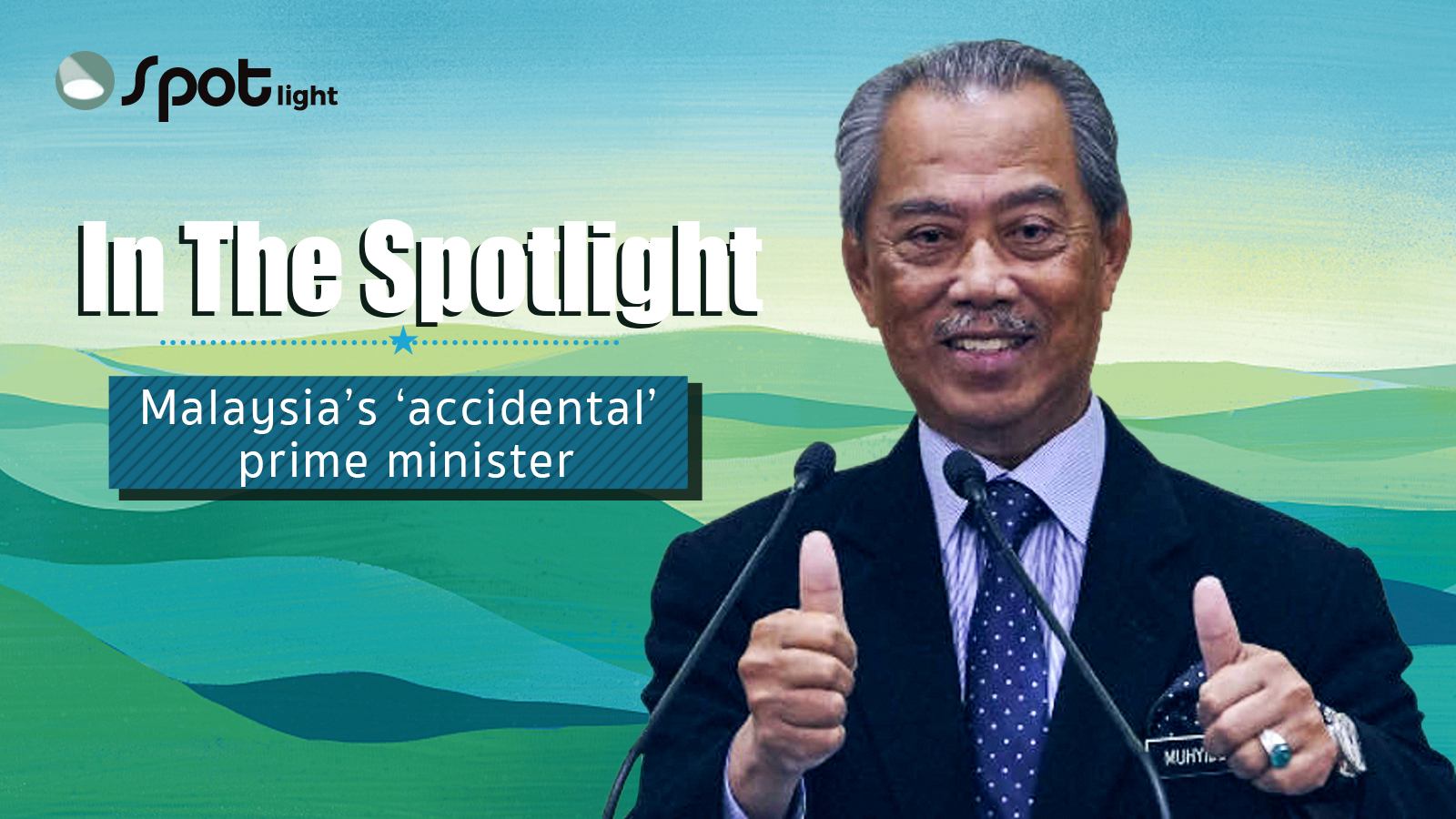 "The process to appoint the prime minister cannot be delayed because the country needs a government for the well-being of the people and the nation," a statement issued by Malaysia's Royal Palace read on March 1, appointing the little-known Muhyiddin Yassin as the eighth prime minister of the Southeast Asian nation.

The decision of the king, who is known as Yang di-Pertuan Agong, dashed hopes of the world's oldest political leader Mahathir Mohamad, 94, to come back to power for a third term. Mahathir had dramatically resigned from the premiership on February 24, triggering the biggest seismic political realignment in Malaysia's modern history.

Interestingly, Muhyiddin was never considered a contender for the top job since the power struggle was always between Mahathir and his rival-turned-ally Anwar Ibrahim, who was also Mahathir's agreed successor and PM-in-waiting.

"Mahathir played too big…he was in no hurry to handover the reigns to Anwar, he tried to reach across political drive to sideline Anwar," Oh Ei Sun, senior fellow at the Singapore Institute of International Affairs, told CGTN Digital, adding "First he promised to hand over power in one to two years, then he said two to three years, later he said not more than three years." 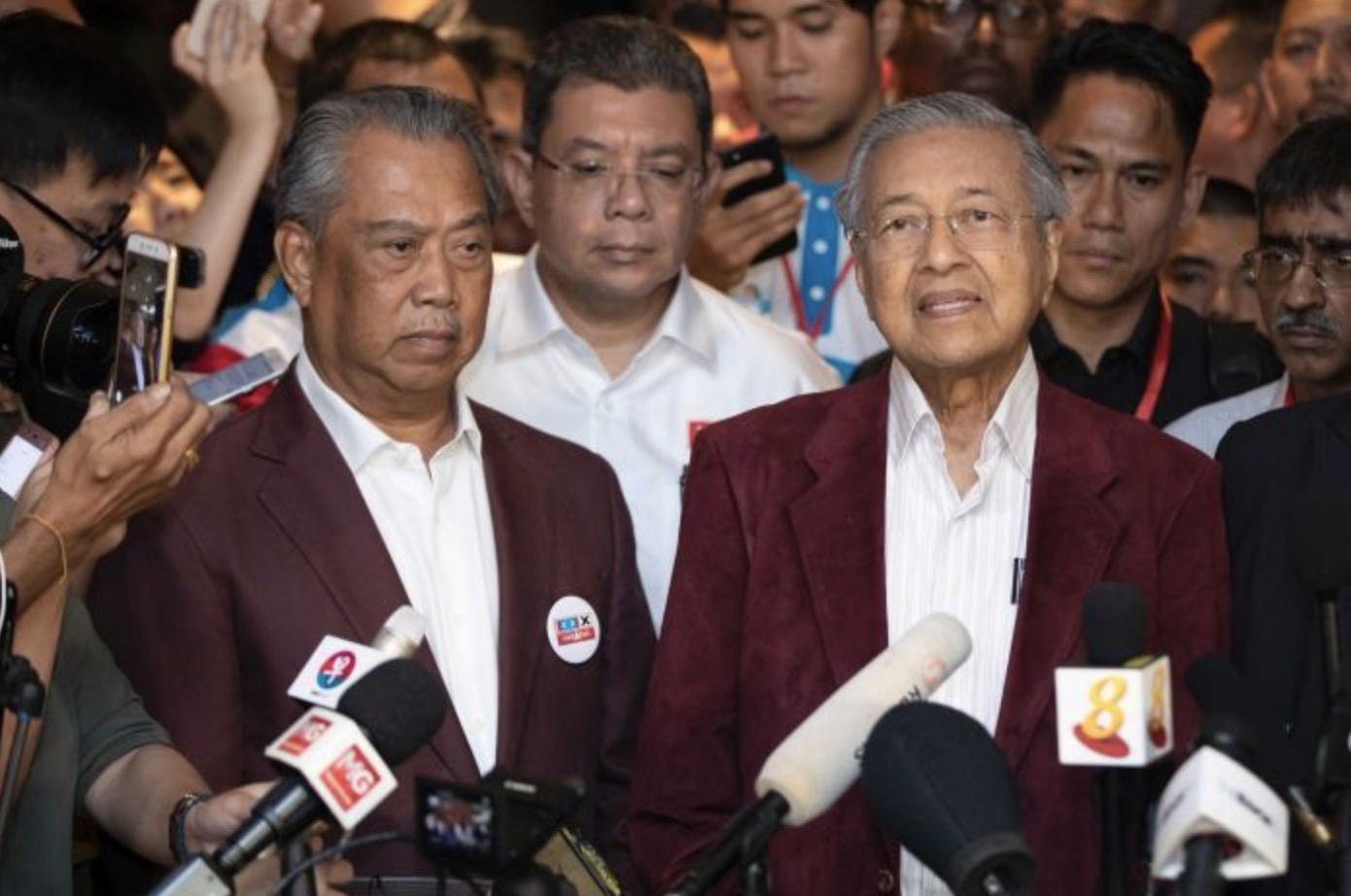 Political analysts say that the PPBM was divided into two camps after Mahathir quit as PM – one backing Muhyiddin and the other supporting Mahathir. "It was Muhyiddin who pulled the party out of PH (Alliance of Hope) against Mahathir's wishes and later contested against Mahathir when he resigned, ultimately beating Anwar to succeed Mahathir by forming a new alliance with UMNO across the erstwhile political divide," Oh said.

So how did Mahathir – the grand old tactician of Malaysian politics – lost the plot? "I think Mahathir made two mistakes. First, he resigned, thus creating a vacancy. Second, he made an assumption about the King's discretion," James Chin, director of the Asian Institute of Tasmania, told CGTN Digital.

While Anwar has described Muhyiddin's political manoeuvres as "betrayal," Mahathir labeled his former ally as a "political opportunist" who "compromised on principles to form a backdoor government with kleptocrats," vowing to prove his majority on the floor of the house when the parliament reconvenes in May.

"But it's not about the numbers. It's the discretion of the King to decide on the basis of who he feels is confident to run the government," Chin said while speaking with CGTN Digital, adding "Muhyiddin can survive the majority vote, as PM he has an advantage in winning support from MPs."

On Tuesday, in his first public speech as prime minister, Muhyiddin defended himself saying that he accepted the King's decision to end the political crisis. "I did not covet the post…I know you are all angry with me. And as I expected I've been called a traitor by certain people." 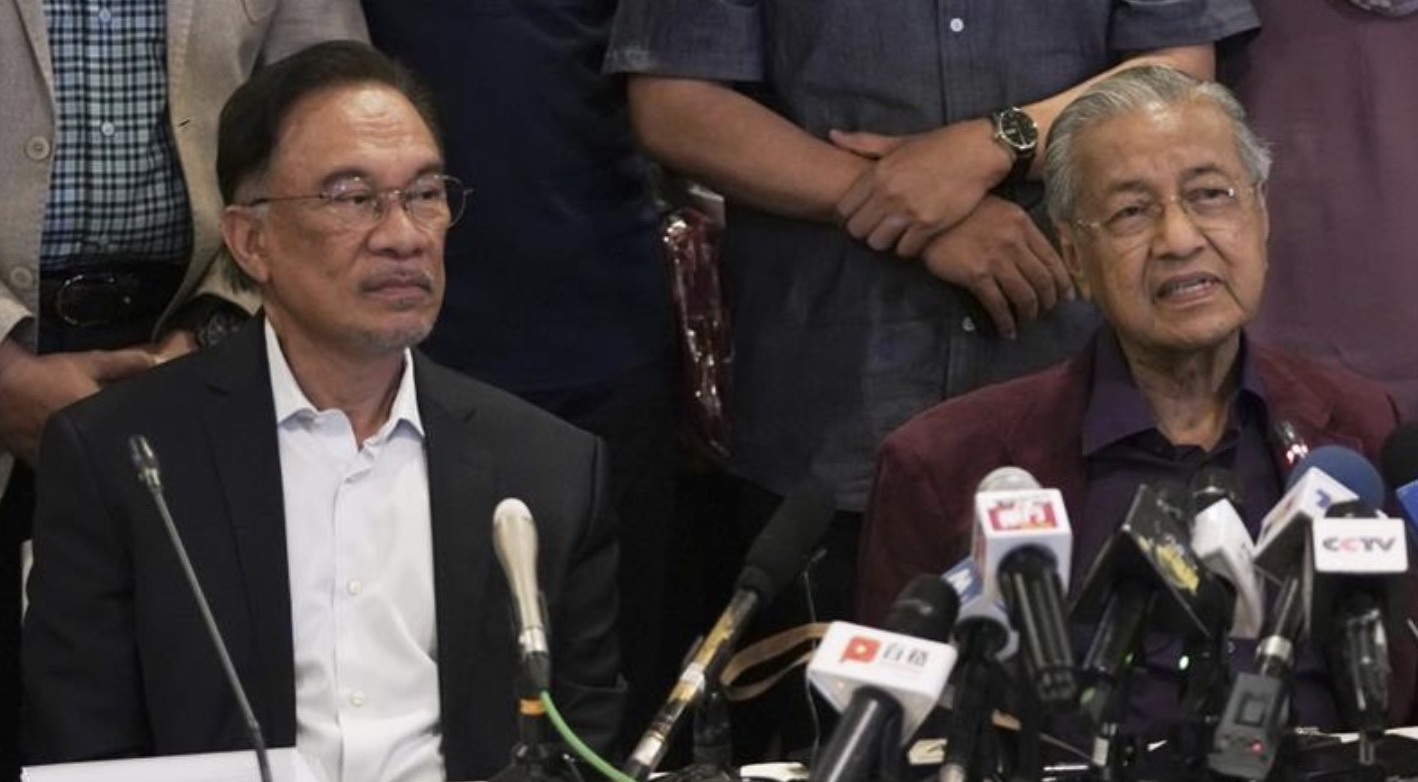 Who is Muhyiddin Yassin?

Soon after Muhyiddin took over, #NotMyPM was trending on Twitter as hundreds of Malaysians on social media called it the "death of democracy," saying that it's a betrayal of their vote for a change in 2018 polls.

"As a Malaysian voter, of course, I was disappointed as many were by the recent political tussle that did not appear to have the rakyat's [people] interest at heart," said journalist Teoh El Sen, adding "The incident has made more people aware of the depths of political chicanery that occurs behind closed door."

Some angry netizens even asked: "Who is Muhyiddin Yassin?"

"I don't think you can measure a politician's popularity with what people are saying on social media, by that logic even Trump is not popular but people voted for him," Chin said, adding that in a country where 60 percent of the population is ethnically Malay, a majority of people are actually happy with Muhyiddin as PM, who is himself a Malay.

Political observers describe him as a media-shy all-season politician who has always worked in the shadows. 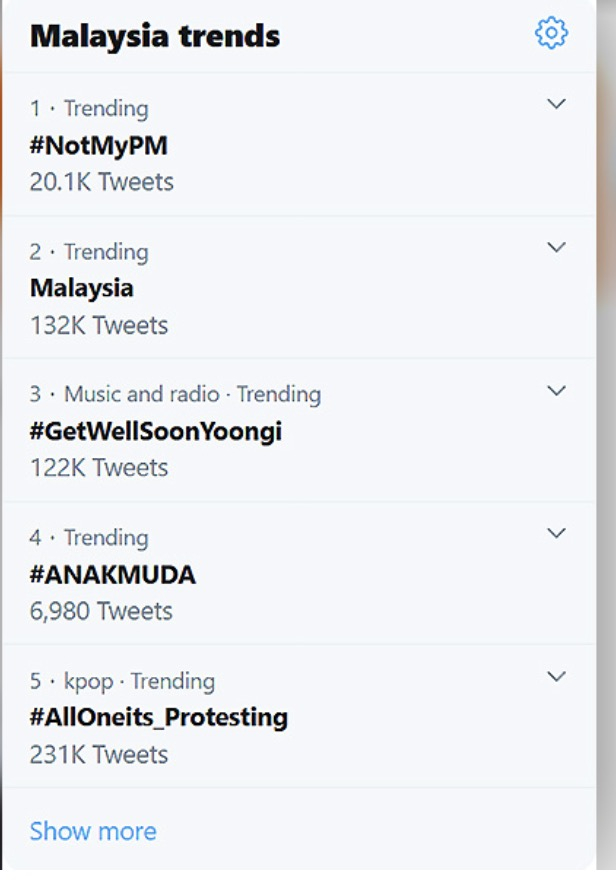 Soon after Muhyiddin took over, #NotMyPM was trending on Twitter as hundreds of Malaysians on social media called it the "death of democracy."

Soon after Muhyiddin took over, #NotMyPM was trending on Twitter as hundreds of Malaysians on social media called it the "death of democracy."

Born in 1947 under British colonial rule to a renowned cleric in Johar state, bordering Singapore, Muhyiddin became a civil servant before jumping into politics. In 1972, he registered as a member of UMNO. By this time Mahathir was already prominent in the party. He was elected as the chief minister of Johar in 1986, creating a strong base for his national-level career.

Muhyiddin remained deputy prime minister until July 2015, after which he was dropped by Razak in a cabinet reshuffle as a result of his opposition to the handling of the scandal-ridden 1Malaysia Development (1MDB) fund.

"It was the time when most of his cabinet colleagues were backing Najib [Razak], but he sensed the public anger and an opportunity to unseat the prime minister," said Oh.

But this wasn't the only time Muhyiddin went against the party line. In 2010, he caused controversy by publicly declaring himself a "Malay first and Malaysian second" at an event to celebrate 1Malaysia, a campaign started by then PM Razak to promote ethnic harmony and national unity. 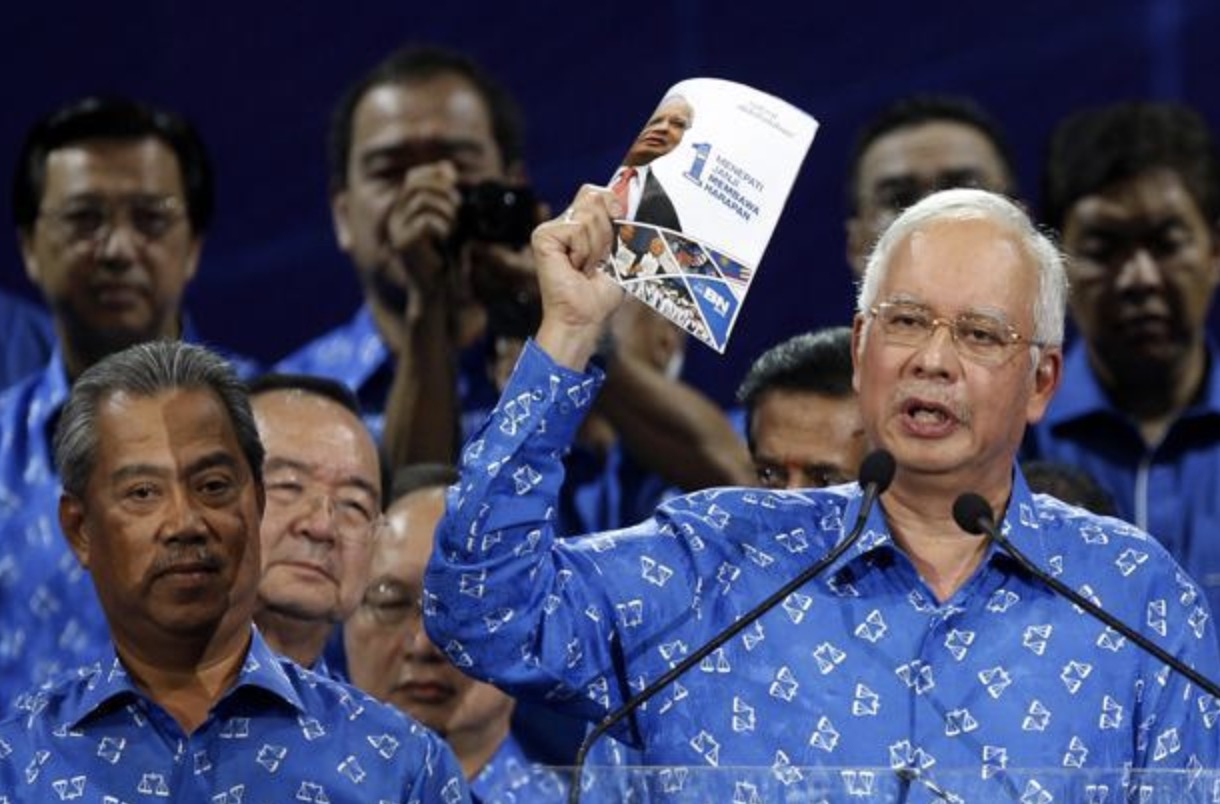 What next for Malaysia?

Chin describes Muhyiddin as a "very cautious person, not impulsive, who takes a long time to make decisions," and according to him there are big three challenges before the new PM. "First, getting the minorities on the same page, second, dealing with a weakening economy and third, fighting the impact of coronavirus on trade and oil prices."

"Muhyiddin is a very experienced politician but it's yet to be seen if he could deliver on policies and become a good administrator," Oh told CGTN Digital, adding that he is a person with "deeply conservative beliefs."

Malaysia has large ethnic Chinese, Indian and other communities, and many fear that Muhyiddin is bad news for the country's minorities. "Going forward it looks bad for Malaysia because non-Malay population could be unhappy with some of the Malay-first policies," Chin said.

But the message from the new PM is now inclusive. "Whether you are Malay, Chinese, Indian… whichever ethnic group, I am prime minster for all," Muhyiddin said in a televised speech.

Come May, Muhyiddin may face a serious political challenge from his predecessor. Smarting from his sudden exit, Mahathir is seeking to move a motion of no-confidence against Muhyiddin in Parliament.

"I don't think this alliance will last long since it was put together in a haste. UMNO has political ambitions and their political viewpoints may differ. So, the government may fall but not because of the numbers but for more power," Oh told CGTN Digital. 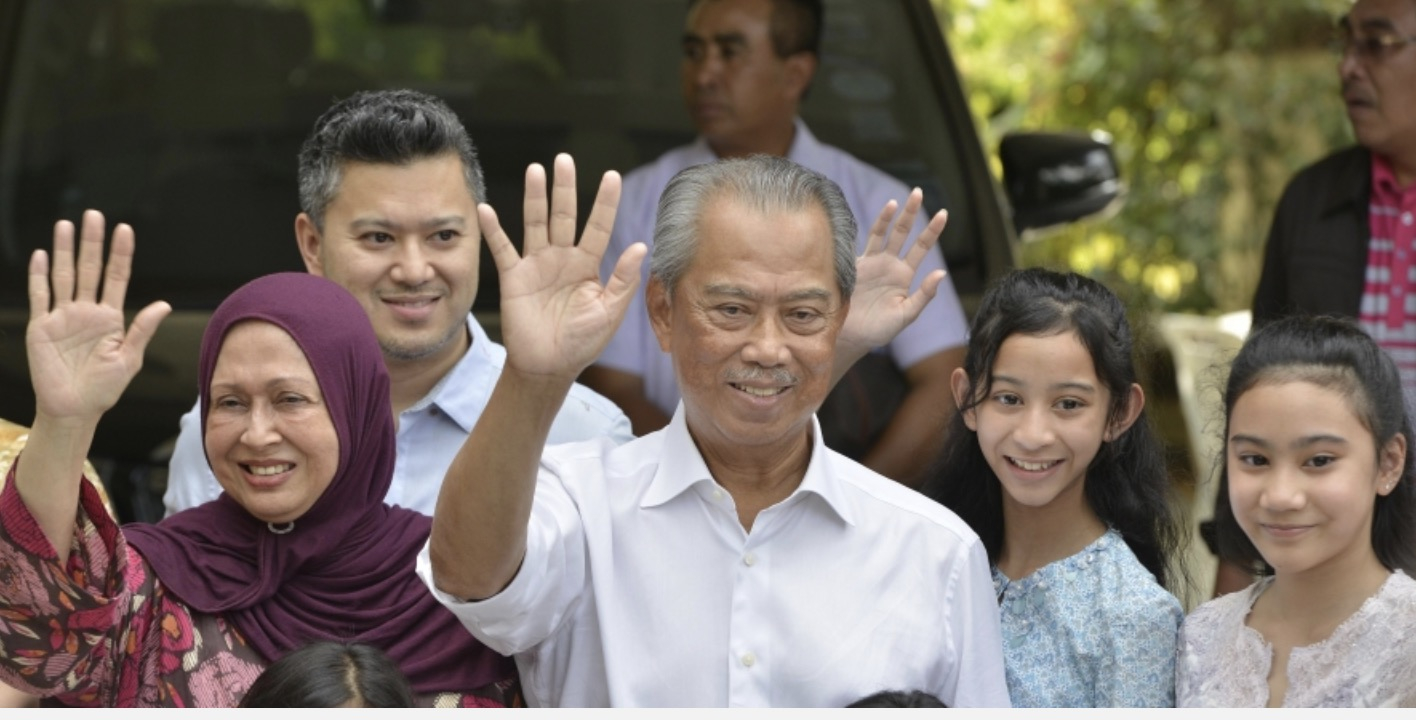 Political struggles aside, Muhyiddin is fighting a battle of his own. After the 2018 election, Muhyiddin was diagnosed with an early stage tumor in the pancreas and was admitted to Singapore's Mount Elizabeth Hospital. He has since been recovering and traveling to Singapore for occasional checkups.

Muhyiddin may not be some Malaysians' first choice but for now he is the man behind the wheel. But when the rubber meets the road, anything is possible in Malaysian politics.