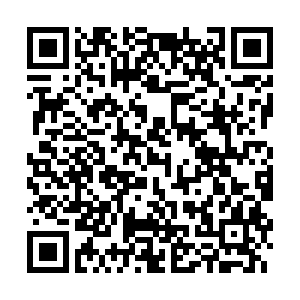 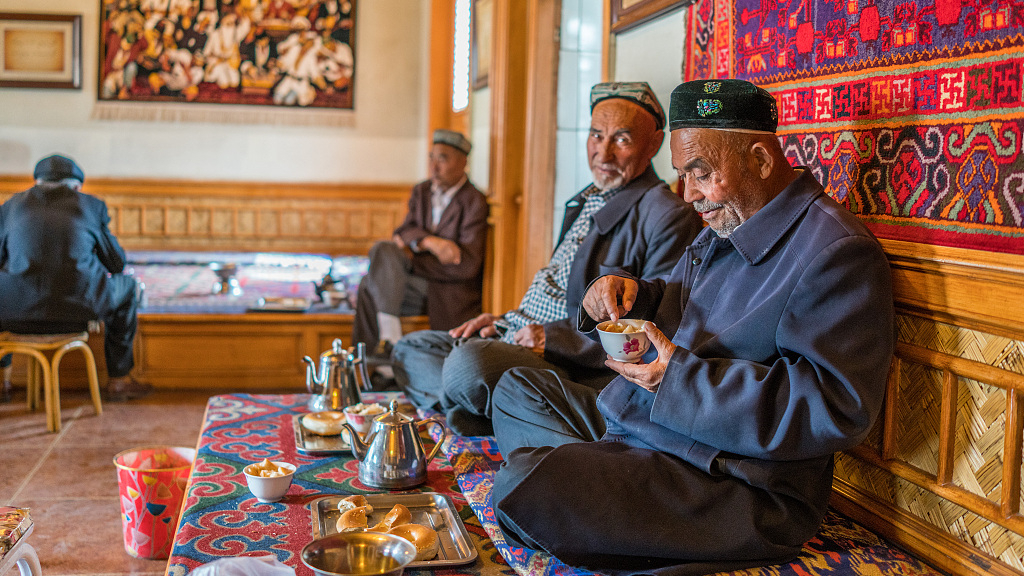 In recent years, few events have received such cohesive effort from western governments and media outlets as the alleged human rights violation by Chinese government in the country's Xinjiang Uygur Autonomous Region. The narrative repeated almost universally across the western world - from the U.S. State Department to publications traditionally hostile to establishment lines like The Intercept and Democracy Now! - inevitably falls to the singular, unchallenged story line of China's "oppressive" rule over the Uygur population.

With headlines such as "Don't forget the Uighur amid the coronavirus crisis," the western media establishment relishes at every opportunity to pounce on the Xinjiang issue, raising wild speculations from "internment camps" to "ethnic cleansing." While these reports attempt to show the "plight" of the Uygurs, they fail to examine the one thing most important to journalism - the source of their information. After doing just that, independent news site The Grayzone recently unearthed an active, decades-long disinformation campaign carried out by the U.S.-funded World Uyghur Congress (WUC), which has remained the unquestioned authority for mainstream news organizations on Xinjiang. More importantly, beneath the seemingly innocent cries for rights abuses lies a sinister plot that have united far-right elements in U.S. and Turkey looking to provoke regional conflict aimed at undermining China's progress and profit from the chaos.

While seeking to orchestrate a color revolution with the aim of regime change in Beijing, the WUC and its offshoots have forged ties with the Grey Wolves, a far-right Turkish organization that has been actively engaged in sectarian violence from Syria to East Asia.

None of these links seem to have troubled the WUC's sponsors in Washington. If anything, they have added to the network's appeal, consolidating it as one of the most potent political weapons the U.S. wields in its new Cold War against China.

Singh continued by answering questions that mainstream media outlets continue to ignore when reporting on Xinjiang. Below are excerpts from the article.

Who funds the WUC? For what?

The NED has provided the WUC with millions of dollars in funding, including 1,284,000 U.S. dollars since 2016 alone, and millions of dollars in additional funding to WUC-affiliate organizations. The grants are earmarked for training Uygur activists and youth in media advocacy and lobbying "to raise awareness of and support for Uygur human rights," with a particular focus on US Congress, European Parliament, and the United Nations.

Unsurprisingly, the WUC is tightly aligned with Washington's foreign policy agenda and hostile new Cold War strategy which seeks to contain and impede the rise of China. The WUC regularly meets with and lobbies U.S. and Western politicians, urging them to isolate and "increase the pressure on China"; ratchet up economic sanctions; curb ties with China, and withdraw Western companies from the region.

What has the WUC achieved?

The WUC celebrated the passage of The Uighur Act of 2019 by the US House of Representatives, in December 2019. The bill, which called on the Trump administration to enact sanctions against the Chinese government, was the latest in a string of anti-China achievements.

This regime change apparatus has made its strongest impact through the media, providing a constant source of self-styled Uygur dissidents and human rights horror stories to eager Western reporters. The exposure the WUC and its affiliates receive extends well beyond corporate media outlets known for echoing Washington's foreign policy talking points; even ostensibly adversarial, progressive, and left-wing media such as The Intercept, Democracy Now! and Jacobin Magazine have provided them with an uncritical platform.

While adopting the WUC's narrative, these self-styled alternative outlets never seem to mention the close bonds the organization and its offshoots have forged with the U.S. national security state and right-wing ethno-nationalist movements abroad. But the relationships are no secret. In fact, they appear to be a source of pride for WUC leadership.

Behind its carefully constructed human rights brand, the Uygur separatist movement emerged from elements in Xinjiang which view socialism as "the enemy of Islam," and which sought Washington’s support from the outset, presenting themselves as eager foot-soldiers for US hegemony.

The founding father of this separatist movement was Isa Yusuf Alptekin. His son, Erkin Alptekin, founded the WUC and served as the organization's inaugural president. The senior Alptekin is referred to as "our late leader" by the WUC and current President Dolkun Isa.

A fervent opponent of miscegenation, Alptekin worked to prevent intermarriage between Han Chinese and Uygur Muslims. During his time in government, religious fundamentalists "attacked the houses of Han Chinese who were married to Moslem [sic] women […] The mob abducted the Moslem wives, and in some cases the unfortunate women were forced to marry old Moslem men." Though the violence killed numerous Han Chinese, it proceeded without any government response during Alptekin's tenure. 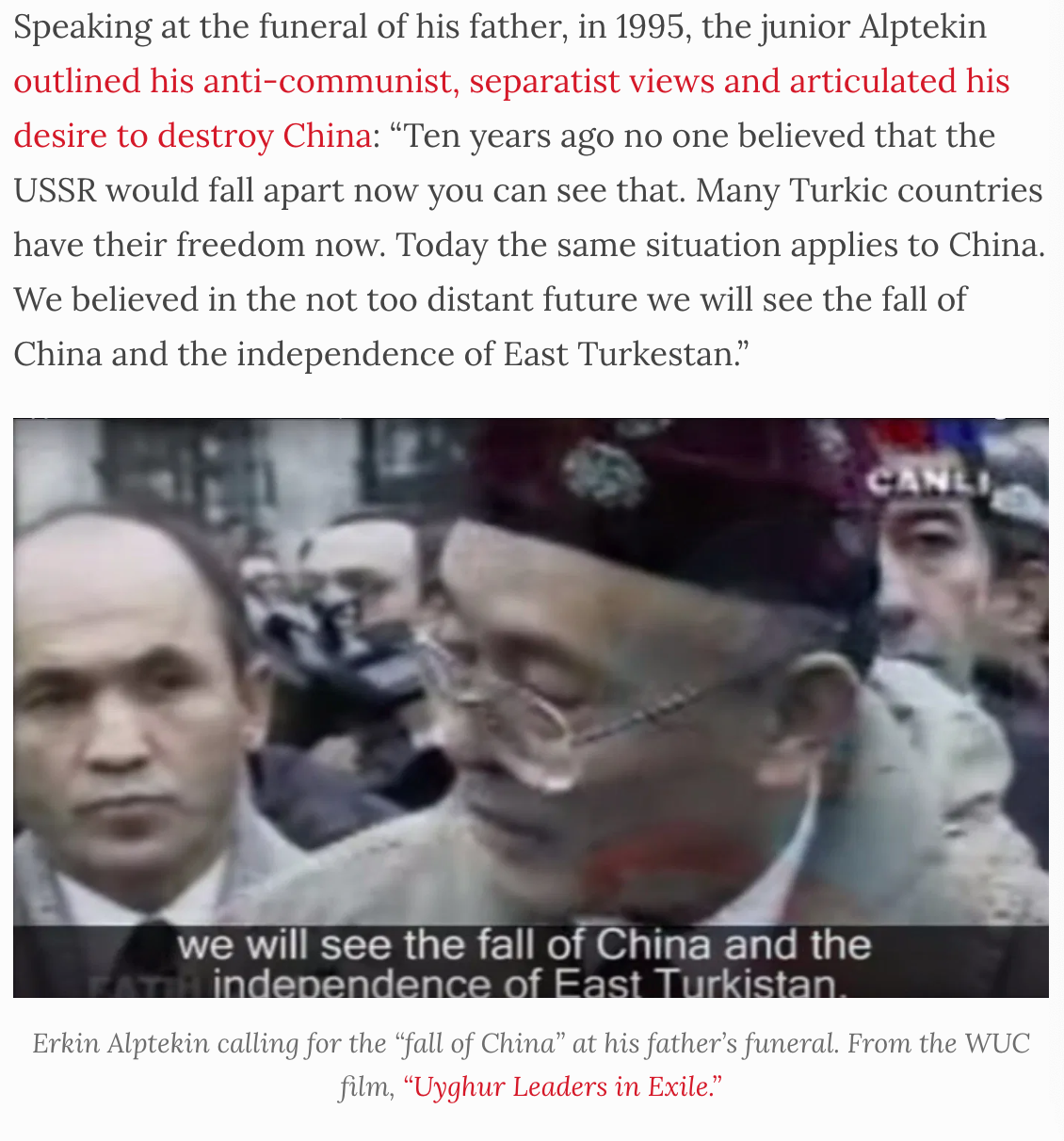 Screen capture from the original article by The Grayzone

Screen capture from the original article by The Grayzone

Rubbing shoulders with the leader of ultra-nationalist Turkish political party

On numerous occasions, Alptekin met with Alparslan Türkeş a fascistic, ultra-nationalist who believed ardently in Turkish ethnic superiority over minorities like Kurds and Armenians, and for whom the eradication of communism among the Turkic populations of Soviet Central Asia and Xinjiang was "the dream he had most cherished."

Türkeş was long-time leader of the far-right Nationalist Action Party (MHP) and its paramilitary arm, the Grey Wolves. According to the Washington Post, he headed a murderous group of "right-wing terrorists" who are "blindly nationalist, fascist or nearly so, and bent on the extermination of the Communists." The fascistic militant group killed numerous left-wing activists, students, Kurds, and notoriously attempted to assassinate Pope John Paul II.

In 2015, members of the MHP-affiliated Grey Wolves formerly led by Alparslan Türkeş attacked South Korean tourists in Turkey, mistaking them for Chinese citizens, in protest of the situation in Xinjiang.

Turkish MHP party leader Devlet Bahçeli defended the attacks. "How are you going to differentiate between Korean and Chinese?" the rightist politician questioned. "They both have slanted eyes. Does it really matter?”Bahceli's racist remarks coincided with the display of a Grey Wolves banner at party's Istanbul headquarters reading, "We crave Chinese blood."

The Grey Wolves and Uygur militants were blamed by Thailand's national police and an IHS-Jane's analyst of carrying out a 2015 bombing of a religious shrine in Thailand that killed 20 people. The attack was intended as revenge against the Thai government's decision to repatriate a group of Uygur Muslims to China. Beijing had claimed the Uygurs were en route to Turkey, Syria or Iraq to join extremist groups fighting in the region such as the al-Qaeda-affiliated East Turkestan Islamic Movement (ETIM), or Turkestan Islamic Party (TIP).