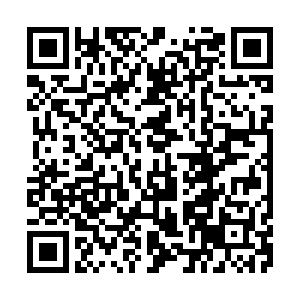 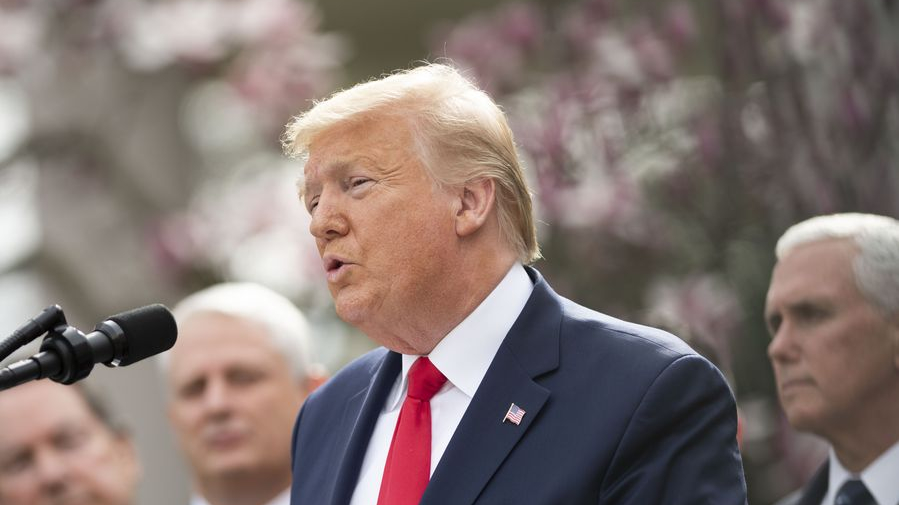 On Friday afternoon, President of the United States Donald Trump pursued a press conference at the White House and declared a national emergency over COVID-19 in the United States, vowing to free up 50 billion U.S. dollars worth of disaster relief funds in order to expand the pace of testing throughout the country and better coordinate the response with state governments.

An unusual feature of the conference was that it was hosted alongside the CEOs of major American retail chains such as Walmart, Target and others who subsequently expressed their faith in the president's ability to combat the virus. In doing so, markets surged nine percent recuperating most of the value lost over "black Thursday" the previous day which saw record slumps.

Given this, it is obvious that the conference was staged for all the wrong reasons, and whilst a national emergency declaration in the United States is necessary, one cannot avoid the broader fact that this might be "too little, too late."

What it offers the president is in fact useful, but it is shadowed over by the fact the country's response is already weeks behind most major countries and subsequently, numbers are not yet telling us the full picture. There is a lot of lost ground to be kept up with. An appeal for unity is helpful, but partisan divides such as a battle in congress over economic relief solutions also has produced gridlock and delay.

The passing of a national emergency is an executive privilege of which expands the president's range of powers and budgetary constraints without seeking congressional approval. It is in effect a centralizing notion which will put the center for disease control in a greater position to coordinate a national response, allocate resources and personnel, supersede local bureaucratic hurdles and thus move away from the disorganized and incoherent response pursued by state governments over the best few weeks. The bigger question is of course, why did this happen now and not earlier? 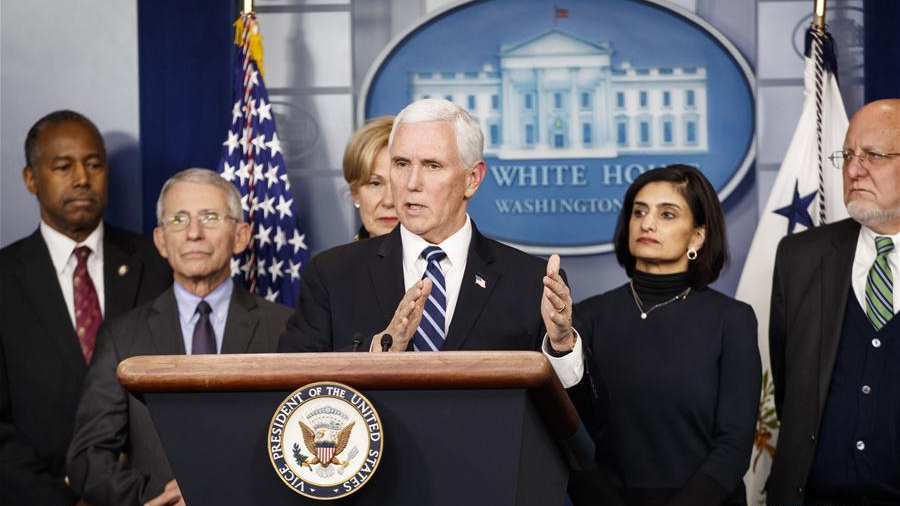 U.S. Vice President Mike Pence (front) along with members of the Coronavirus Task Force attend a press conference on the coronavirus at the White House in Washington, D.C., U.S., March 4, 2020. /Xinhua Photo

U.S. Vice President Mike Pence (front) along with members of the Coronavirus Task Force attend a press conference on the coronavirus at the White House in Washington, D.C., U.S., March 4, 2020. /Xinhua Photo

The answer might lie in Trump's personal politics and the fact his priorities still appear to be in the wrong place. Observers on Twitter described the press conference as a "chamber of commerce meeting" than a serious effort to address the virus, which illustrates Trump's personal obsession with market confidence and push to make stock markets rebound. This appears to have come after previous attempts to play down the virus and reassure calm were not working, and the situation was thus graver than he anticipated. Therefore, what he declares as a "national emergency" today was to him two weeks ago a "hoax" and subsequently, the federal government's response has been delayed.

Given this, what are the consequences? Over the past two weeks there have been widespread reports of poor access to and minimal frequency of testing. This means the virus has spread throughout the United States far more than it seems, thus putting America's response behind other Western countries. An Ohio health official estimated on Thursday that over 100,000 people in the state alone may have the virus. Unquestionably, this means that the "containment" phase of the disease is already long over, and almost immediately they are looking at a long term struggle to mitigate the eventual damage. An enhanced coordinated spree of testing will see confirmed cases in the United States surge.

The shutdown of America's society and economy will also intensify from this stage as the new reality sinks in. This will be a wake up call for many Americans who only now will start taking the threat of the virus seriously and personally.

In this case, Trump's emergency declaration is one small incremental step forward for America but it is more style than substance and it is in effect undertaking actions that should have been done weeks ago. Either way, it is quite clear now that the real battle against COVID-19 in the United States has just begun, and there's little doubt they have a lot of ground to catch up on with a lot seeping under the surface. Let's see how it goes.