As a continent falls into crisis, China stands ready to help
Tom Fowdy 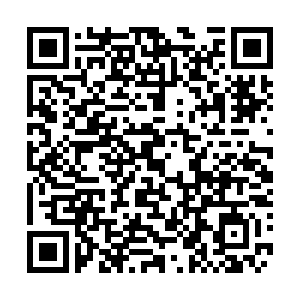 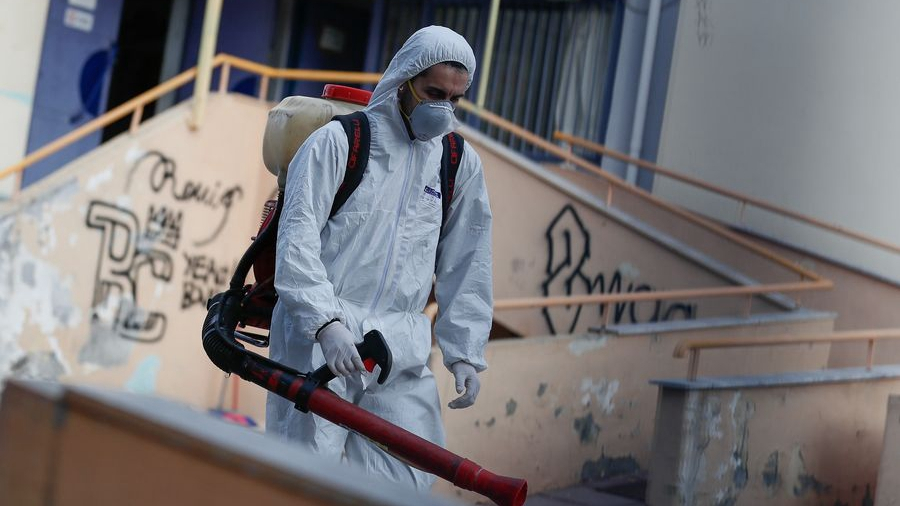 A man wearing a protective suit decontaminates a primary school where a child was diagnosed with coronavirus in Thessaloniki, Greece, February 27, 2020. /Xinhua

A man wearing a protective suit decontaminates a primary school where a child was diagnosed with coronavirus in Thessaloniki, Greece, February 27, 2020. /Xinhua

March 14 was a bleak day for Europe. As COVID-19 cases surged in almost every country, governments scrambled to respond with a series of measures which have placed the continent in its most unprecedented position since the end of World War Two.

Spain became the second country after Italy to ignite a nationwide lockdown, with mass cancellations forcing U-turns of incoming flights in mid-air. France initiated a mandatory closure of restaurants, bars, cafes and all other non-essential public spaces. In the east and to the north, countries including Poland, the Czech Republic, Norway and Denmark closed their borders and airports to the outside world almost entirely.

The world is witnessing the shutdown of an entire continent. In a completely different context, governments are facing up to a threat they are not accustomed to. Far from even reaching the peak, the economic fallout of this effort is likely to be astronomical, especially in economies built upon tourism.

However, in the midst of the chaos, China stands ready to help. Already we are seeing a surge of personnel on the ground in Italy; supplies and aid streaming from Beijing into Europe who will help drive the path to recovery by building on their experiences at home.

Far from a nasty politics of attributing blame, this effort is being noticed and will open up a new era of relations between China and the continent.

The biggest challenge that Europe faces right now is that it lacks the critical political and social experience to deal with a major outbreak, a situation which is in fact a perk of its prosperity and development in recent times.

In years long gone by, the continent was frequently subjected to brutal plagues and epidemics which would kill millions of people, from the bubonic plague, to the cholera epidemic to the "Spanish Flu." Yet the second half of the 20th century and the rise of modern healthcare systems would make such hideous diseases a thing of the past.

However, in doing so, such progress indirectly created a sense of cultural complacency whereby the public grew to believe that disease outbreaks were only something "other" poorer and "exotic" countries outside of the West suffered from.

For example, one may observe that the response in Western countries was significantly slower. Whilst populations in Asia quickly donned masks and began avoiding busy places, people in the West have not done so.

Even with 1,000 cases in Britain today, almost nobody is wearing masks. The sudden emergence of COVID-19 has caught governments and their populations by surprise, with people failing to appreciate the seriousness of the situation fast enough. 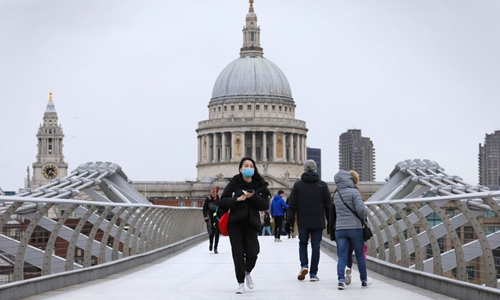 The result is a spree of major outbreaks across multiple countries and a growing number of national lockdowns. Indeed, by this week, the World Health Organization had declared the continent the new "epicenter."

However, China stands ready to help. On March 14, world media focused on how medical workers who had battled on the front line in Wuhan were now being sent to Rome. Italy's Foreign Minister Luigi Di Maio commented "Today Italy is not alone," while the country's representative to the European Union said that China was the only country to respond to the call.

Personnel and resources were also sent to Spain. The government of Norway, which closed its borders to the world, is now acquiring medical equipment from China.

Why is this help significant? Because China offers crucial experience and knowledge on how to successfully contain and combat the disease first hand. As European countries battle this for the first time, China now has a comprehensive knowledge of which strategies and methods worked, and which ones did not.

Thus, regardless of how some in the Western media try to portray it, China unquestionably offers a model of response and expertise. This ensures far greater results than the politics of blame and ideology which is being advocated by the government of the United States.

Still, China's support for European countries during the COVID-19 outbreak is likely to herald a positive turn in relations and adds yet another layer to already warming ties between Rome and Beijing. It is through common support in crises that lasting friendships and bonds are formed.

Europe faces an incredibly dark hour and midnight has not yet come, the next few weeks will be painful, worrisome and excoriating; yet having already got through their own outbreak and being in a position of strength and knowledge, China is firmly on the front lines in the fight for Europe.