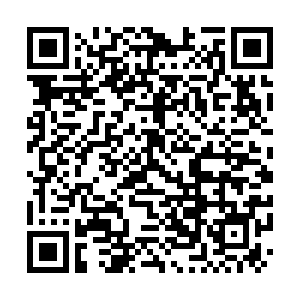 "Maintaining the healthy development of bilateral relationship not just benefits the people of both countries, but is something expected by the international community," Geng Shuang, spokesman of the Foreign Ministry said in a press briefing.

On Saturday, Chinese Ambassador to the U.S. Cui Tiankai was summoned by the U.S. State Department, after a Beijing official questioned the real origin of "patient zero" in the global pandemic on Twitter.

Beijing urges scientific explanation on the origin of COVID-19

Foreign Ministry Spokesperson Zhao Lijian wrote in a tweet that "U.S. owes us an explanation."

"At the time when the COVID-19 is still wide-spreading, China and the U.S. should strengthen cooperation ever more and face (the challenge) together," Geng said, delivering hope for resolving conflicts based on mutual respect.

Geng also urged U.S. officials that have been wantonly attacked China during this time to stop. "Do not impose on others what you yourself do not desire," Geng cited an ancient Chinese idiom.

Despite the disease straining the relationship of both sides, people of the two nations seem to resonate little with this sentiment. Earlier in the day, Chinese billionaire and founder of Alibaba Group Jack Ma sent out medical supplies including 500,000 coronavirus testing kits and one million face masks to the United States.

"Drawing from my own country's experience, speedy and accurate testing and adequate personal protective equipment for medical professionals are most effective in preventing the spread of the virus," Ma said in a statement. "We hope that our donation can help Americans fight against the pandemic!"