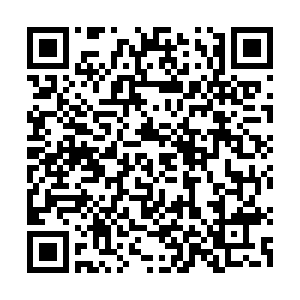 On March 15, the U.S. Federal Reserve announced a second slashing of interest rates within the space of two weeks, reducing the national rate to just 0.25 percent. The move presented a last gasp effort to prevent what is predicted by many to be an imminent recession in America over the outbreak of the COVID-19, which destroys consumption activity and paralyzes the economy.

In the background to this, The New York Times also reportedly contemplated that the administration was weighing reducing import tariffs on Chinese goods, imposed as part of Trump's trade war, in order to give businesses and manufacturers relief. Despite the president's reassurances and heavy emphasis on the stock market, it is obvious that things look bleak for the country.

In the meanwhile, it was announced this week that America's leading technology company Apple would be closing their stores throughout the world but reopening them in China. At the same time, the sportswear firm Nike also announced an identical decision. As the U.S. economy shuts down, China's is reopening.

While of course Beijing will not be immune from the sharp drop in global consumption that is to follow, nevertheless the pattern of events tells us something quite clear: that the West will be increasingly reliant on China to mitigate the economic fallout of the COVID-19. Originally having pushed an agenda of decoupling while things were bad in Hubei, Beijing is now a lifeline for the West amid growing economic turmoil, exposing the flaws of Trump's foreign policy.

Since Washington turned hostile towards China in 2018, many politicians and foreign policy figures have been obsessed with an idea of "decoupling", whereby according to these individuals the U.S. disengages itself with China's economy and looks elsewhere. This is said to be a key motivation behind the Trump's trade war whereby he slapped over 300 billion U.S. dollars' worth of Chinese goods.

Despite the obvious lack of realism in such an initiative, many continued to support it largely dismissive of the clear economic consequences of such a move which were already weighing down on the country's annual growth. Thus when the virus outbreak took root in China, many individuals prematurely believed this was a golden opportunity to further push for further "decoupling" with some such as Wilbur Ross even saying it was an opportunity for American jobs. However, the wind changed direction. What policymakers initially conceived as a "China centric" crisis has emerged into a worldwide one with enormous economic repercussions, most especially in the U.S. itself which faces an expanding outbreak. Trump's trade war has already put the country at a gaping disadvantage by placing pressure on businesses. Thus not surprisingly, most economists predict a certain recession for the U.S. with JPMorgan Chase officially forecasting two consecutive quarters of contraction with a potential GDP loss of up to five percent.

America's economy, mostly dominated by consumerism, is grinding effectively to halt thus with grave repercussions for retailers, services and financial institutions. This has left policymakers scrambling to offset the damage.

In doing so however, this has exposed the fragility of this campaign against China. As it stands now with the European Union also shutting down, many leading American brands are ironically being kept above water by the resumption of their businesses within China. Thus in Washington the rhetoric is changing.

Even if the move does not materialize, the fact that there are second thoughts about China tariffs exposes the longstanding reality that the U.S. is ultimately interdependent on Beijing for its own prosperity and in this scenario, China represents an important booster for America's economy which is on the edge of crisis. As the largest economy in the world which will be in operation, it is impossible for the U.S not to factor China into their decision making.

In this case, the story ends with an ironic twist. Rhetoric which began as "this is an opportunity to decouple from China" has now transformed into "we are now reliant on China for our recovery." On Beijing's side, it is concurrently absolutely crucial that the economy is rolled back into the highest gear to drive the world forwards again and out of turmoil just like in 2008.

Falling consumer demand will hurt China's imports, therefore it is important financial strength is shown in terms of stimulus, bailouts and extensive investment. Thus, China has become the last lifeline for America's economy, exposing their flawed campaigns against Beijing.