Human rights: Is the U.S. leading by example?
Bobby Naderi 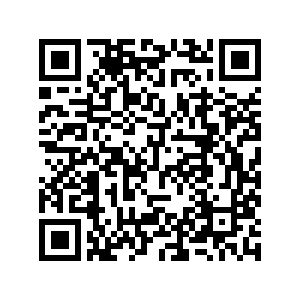 Activists protest against Guantanamo Bay prison outside of the White House on May 17, 2013. /AFP

Activists protest against Guantanamo Bay prison outside of the White House on May 17, 2013. /AFP

The report has far more than it needs to show that the U.S. is not leading the effort to promote the Universal Declaration of Human Rights at home.

None of this seems to trouble its leaders that gun violence has become a grim reality of life in the country, where people are shot to death every day. This includes gun-related homicides, suicides, and unintentional and intentional shootings by the police.

The tragic part is that instead of addressing the problem that is a public health crisis, policymakers and gun politics groups use perverse language to publicize assault weapons. Because of this intractable problem, people live with the “persistent, systematic and large-scale fear”of being shot. If this is not the most ordinary of abusing, violating nations, then what is?

As per the report, the ever-more entrenched system of inequality and discrimination prevails in the U.S. and this has nothing to do with capitalism and globalization.

The U.S. is unable or unwilling to reduce these workaday insecurities. This is while according to the U.S. Census Bureau, some 17.3 million people live in deep poverty, with incomes below 50 percent of their poverty thresholds. 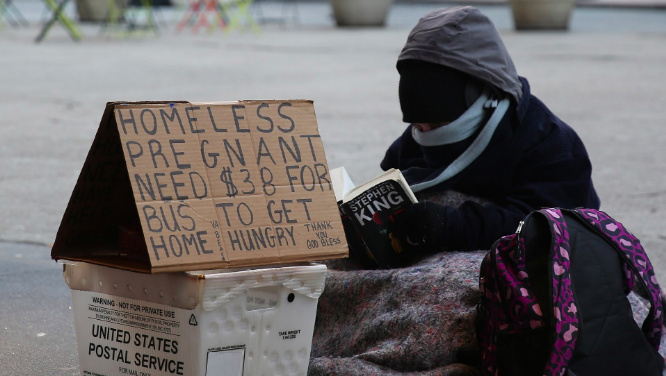 A homeless person reads a book on a street while panhandling during freezing temperatures on 5th Avenue in New York City, February 16, 2018. /VCG

A homeless person reads a book on a street while panhandling during freezing temperatures on 5th Avenue in New York City, February 16, 2018. /VCG

The U.S. has a huge poverty gap and it is growing. The poverty gap is the difference between the official poverty line and the average income of those who fall below it. This comes as the government gives more to the rich through tax reforms while slashing funds for those in need.

Further still, the government has crippled medical care for ordinary Americans by halting billions of dollars in annual payments required under the law. This is to say, for tens of millions of Americans, the greatest threat to their security is inequality. They are up against a system in which the rich and the elite hire lobbyists and write checks to candidates running for public office to shape taxation and spending policies.

The report calls America "the most warlike nation in the history of the world" with a habit of pointing fingers at others.

This should come as no surprise. The U.S. military has been violating international human rights law for many years, always portraying carnage as defensible and the death of civilians as accidental and collateral damage.

The U.S. government is engaged in many conflicts with friends and foes and in the name of the greater good of the country. Think of its trade wars, withdrawing from international treaties and organizations, arbitrary detention of terror suspects and rendition flights, imposition of economic sanctions, indiscriminate bombing of civilian objects in conflict zones, or forced and cruel separation of migrant children from parents on the southern border.

Silly how U.S. foreign policy experts and white supremacist founding fathers call this “nation state democracy.” Prepare for the worst because it's tradition. The interventionists will help the current and the next president to stay the course in the conflagration that is the Middle East for what they call American values of freedom, democracy and enterprise.

All this and more reveals what has happened to human rights in the U.S. government's hands.

In the meantime, it is funny how it publishes reports on human rights in other parts of the world. The test for these reports is for the U.S. to lead by example. This includes calling out those who erase rights at home and advocating for peace and victims abroad.

The leaders in the United States need to start thinking more about the abysmal record they have built by justifying their policies at home. They also need to undo their foreign conflicts and a whole slew of other practices that have disrupted the world in unprecedented ways.

To put this in the context of the moment, those who devise "legal" rationales to undo the country's commitments to human rights need to take stock of the many concerns that China has raised in its report. It's the only way to show that they are committed to applying the same standards for accountability they want from other governments. They cannot advocate human rights when they appear unable or unwilling to escape the world of abuses they have created.

Let's be utterly clear: The U.S. government needs to take corrective steps in better protecting rights and falling in line with international commitments. The impression becomes unavoidable that human rights will remain in the dust and in violation of founding principles if Washington turns its back on the March 13 report.