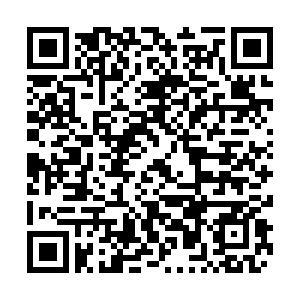 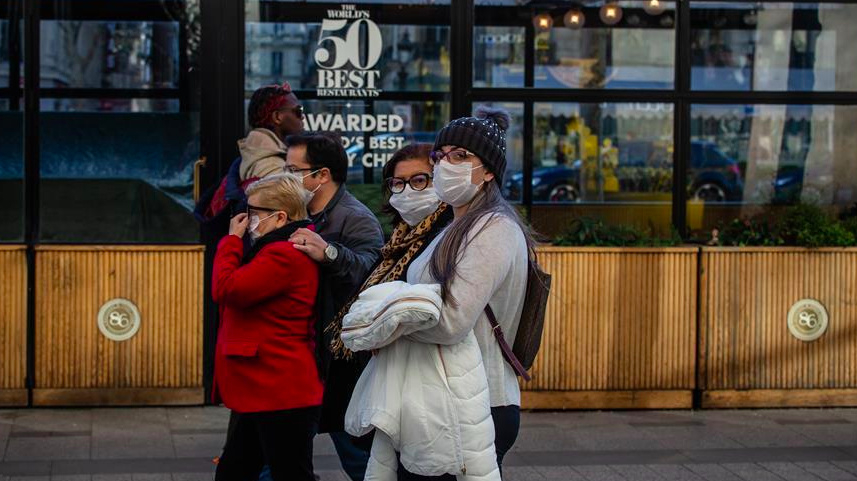 Editor's note: Djoomart Otorbaev is the former Prime Minister of the Kyrgyz Republic, a distinguished professor of the Belt and Road School of Beijing Normal University. The article reflects the author's views, and not necessarily those of CGTN.

The global outbreak of COVID-19 has officially been declared a pandemic on March 11 by the World Health Organization (WHO). Though thousands of people are suffering and hundreds are dying every day, the ideological wars and blame games on that matter are still in the active phase.

In this article I want to refer to the professional report of a recent mission of the WHO team who has visited China to study the state of the COVID-19 outbreak, and to compare their findings with some views of Western experts and media, especially on the issue of "violation of human rights" during the fight of the epidemic in China.

Of course, social pressure on citizens of Hubei Province was and still is truly unprecedented. Nobody, including the Chinese government is challenging that fact. The key finding of a mission is that this self-sacrificing phenomenon has been and is in full consent and support of the public. Since the onset of the pneumonia everyone has been united and is working together in this nationwide battle.

In their preparations for the trip it was easy for members of the team to get trapped by the prejudice. Indeed the only words which Western media used to describe the outbreak were "excessive," "authoritarian" or "draconian," and only occasionally as "efficient" or "beneficial". A priori expectations probably were that the team will not be able to assess the real situation because of all types of limitations. But most of the foreign members of the team said that they were positively impressed by openness and transparency of the hosts. "I thought there was no way those numbers could be real," said Dr. Eckmanns of the Robert Koch Institute in Berlin.

"The one thing that's completely glossed over is the whole human rights dimension," wrote Devi Sridhar, a global public health specialist at the University of Edinburgh. Members of the team were well aware of the "reality of different political systems," she said, but they spoke with hundreds of people around the country and "everyone agreed with the approach."

Only now almost everybody agrees that it was tough, but the right strategy. As of now, China is the only country in the world that has brought COVID-19 pandemic under control.

To Dr. Aylward, who headed the team and briefed journalists in Beijing and Geneva, the China's effort was a huge success. "Hundreds of thousands of people in China did not get COVID-19 because of this aggressive response," he underlined. Dr. Aylward and other members of the task force even said the rest of the world should learn from China.

Immediately the critics of the report stated that it failed to acknowledge "the human rights costs of the most severe measures imposed by China's government: massive lockdowns and electronic surveillance of millions of people."

"I think there are very good reasons for countries to hesitate using these kinds of extreme measures," on his reaction to a report said Dr. Gostin, a global health law scholar at Georgetown University in Washington DC. "It's debatable how much of this could be done elsewhere. China is unique in that it has a political system that can gain public compliance with extreme measures," Dr. Gostin claimed.

Irony of this criticism is that now most of the Western countries are fighting their virus outbreaks exactly the "Chinese way."

Let's look to just one example. Many in both expert and media communities were criticizing so-called "contact tracing" in China, which is the monitoring of movement of the patients, as undercover surveillance and violation of human rights. 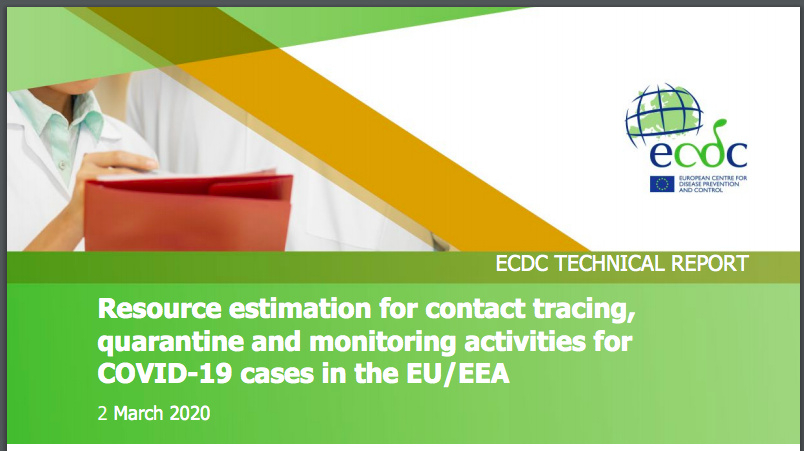 Indeed, two widely used mobile phone apps, Alipay and WeChat have helped to enforce the restrictions. They allowed health authorities to keep track of people's movements and even stop people with confirmed infections from traveling. "Every person has sort of a traffic light system," said team member Dr. Leung, dean of the Li Ka Shing Faculty of Medicine at the University of Hong Kong. Color codes on mobile phone screens, whether green, yellow, or red, designate a person's health status and let guards at various checkpoints know whom to let through.

Paradoxically, now U.S. wants to do more or less the same. Dr. Lane who is a deputy director at the U.S. National Institute of Allergy and Infectious Diseases, and a right-hand man to Dr. Fauci, head of that institute, and the top scientist in the country advising the White House on the outbreak of the virus was straightforward. He stated: "We would contain the virus, if we do a really, really good job of 'contact tracing.' I'm hopeful that we can. They were able to do a lot in the provinces in China where they had things in place at an earlier point in time. We certainly need to try." So, the U.S. will try to introduce the "contact tracing" system as the Chinese did, only if they can.

Generally accepted that the most dramatic and controversial measure of the fight was the lockdown of Wuhan and nearby cities in Hubei province. That has "effectively prevented further exportation of infected individuals to the rest of the country," the report concludes.

But The New York Times recently wrote: "To fight the coronavirus, China placed nearly 60 million people under lockdown... Its campaign has come at great costs to people's livelihoods and personal liberties."

Now many Western countries are doing exactly the same as China by locking down not only their own provinces, but the entire countries. All these cases went without a single critical word on human rights violation from "experts" and the media.

My conclusion is that our world now is under unprecedented threat. The pandemics must be contained as quickly as possible. The best fighting practices must be quickly analyzed and immediately applied to the most dangerous places. Ideological differences, double standards and immoral blame games must not interrupt our global fight with the common enemy.