Is China a safe haven for global assets?
By Zhang Huimin and Wang Tianyu 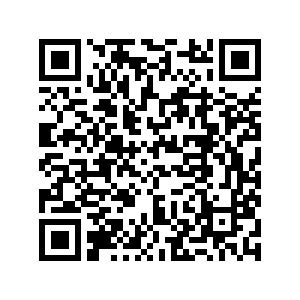 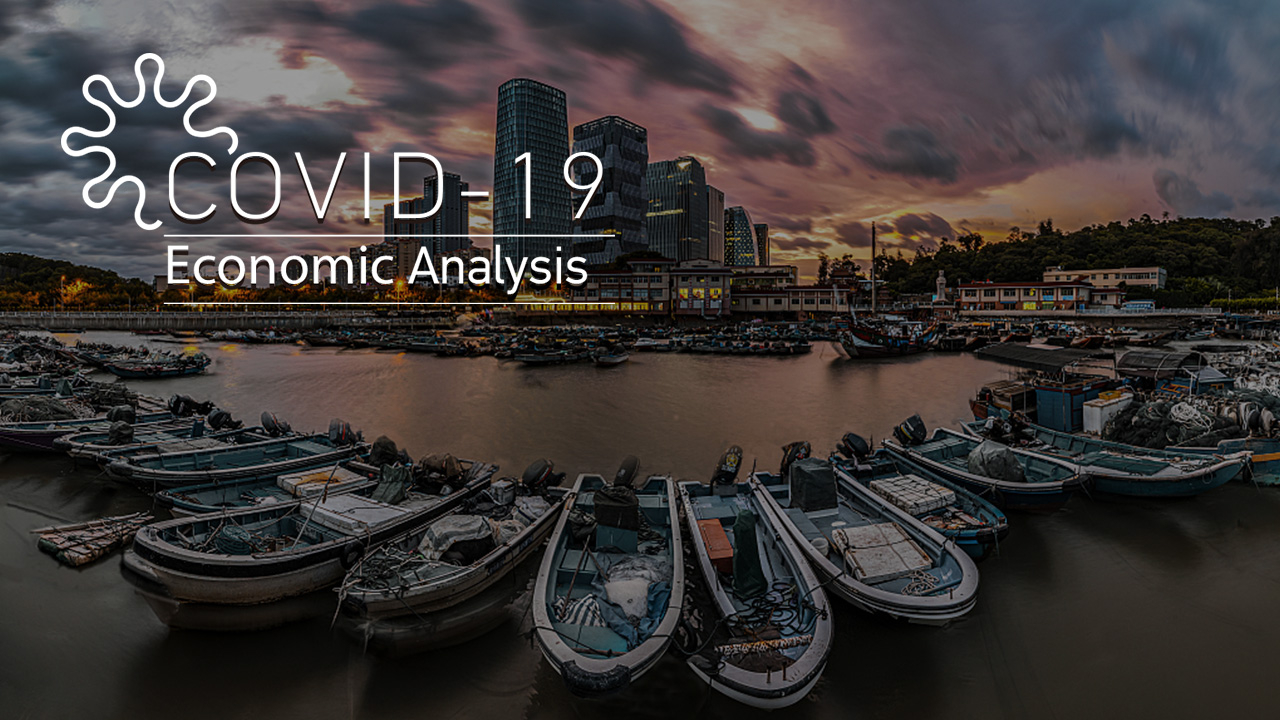 Last week was deemed as a turbulent period for stock markets worldwide as most of them plummeted to their worst week since 2008.

For European stocks, the benchmark STOXX 600 index was down 18 percent last week. All three U.S. exchanges confirm bear markets with the S&P 500 triggering the circuit breaker twice in a week.

Trading halts were also activated in many Asian stock exchanges, including Japan, South Korea, and the Philippines.

Some scholars have touted the spread of coronavirus as a major culprit in the global market turbulence, while others asserted there are deeper underlying reasons and the epidemic is just a trigger. There are also different opinions on whether a deep financial and economic crisis will come.

China's stock market suffered the least in global equities sell-off last week though the country has been the epicenter for the coronavirus outbreak. However, it was still affected by the wide global spread of the virus on Monday, with the benchmark Shanghai Composite Index closing down 3.40 percent at 2,789.25 and the Shenzhen Composite Index falling 4.83 percent.

The combined turnover of stocks covered by the two indices stood at 963.31 billion yuan (about 138 billion U.S. dollars), virtually flat as was the previous trading day.

Thus, some investors switched their focus to A shares due to their great job last week, thinking China, which is weathering the recent epic volatility well, will become a safe haven, while others pay more attention to the U.S. considering China had experienced a historic plunge before as the first to bear the brunt of the virus.

Who is responsible for volatility?

James Early, CEO of Stansberry, says the main cause of market tumble is the virus outbreak. "At least 75 to 80 percent are coronavirus and the oil price war is a catalyst," he told CGTN, noting that the market was nervous already and was just looking for the next reason to go down.

He believed both reasons are temporary. "Once they are removed, the market could go back up." 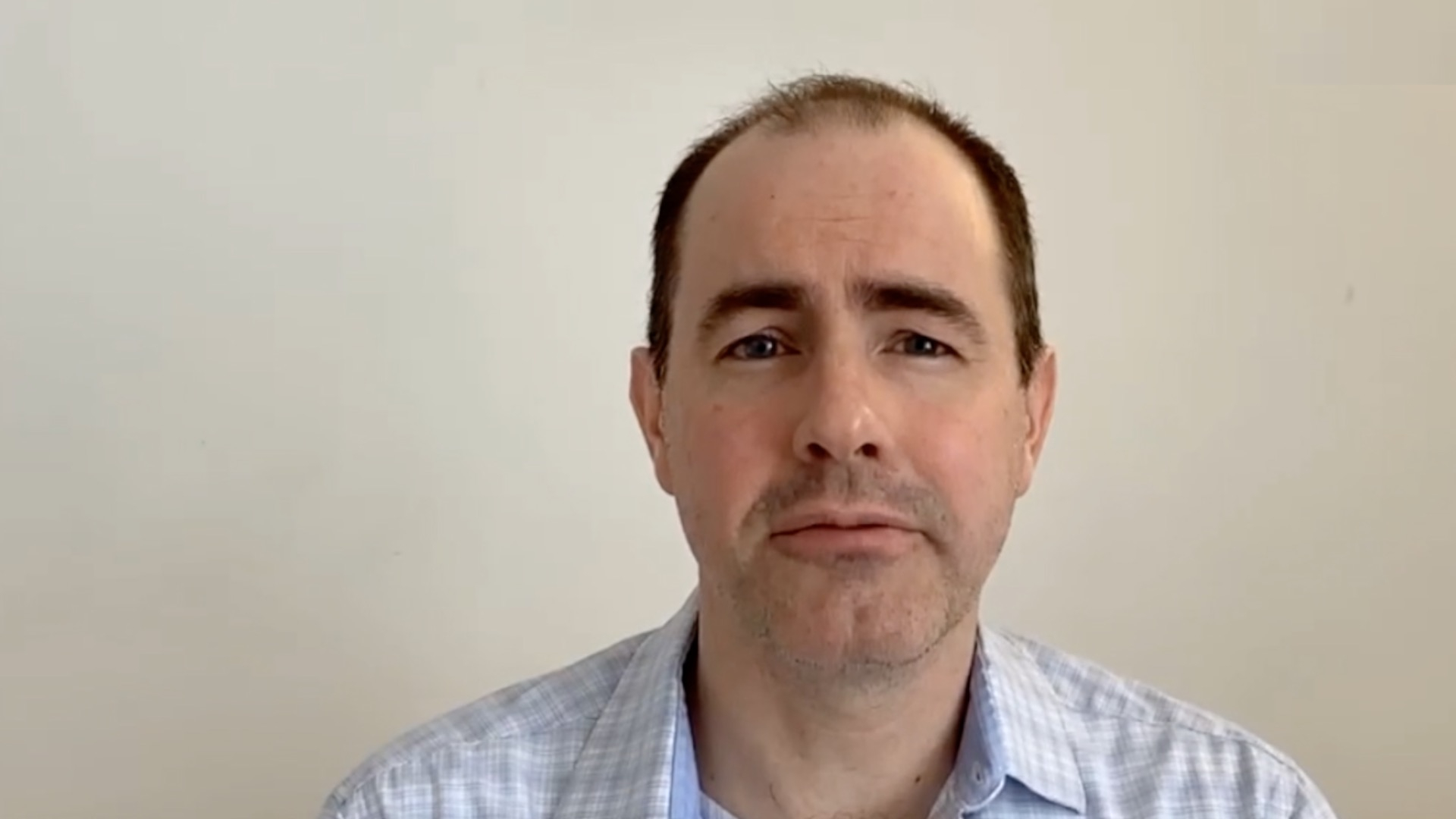 However, Wang Qing, president of Shanghai Chongyang Investment Management, held that the spread of the epidemic globally could not fully explain the current large-scale turbulence in the global market.

"If the market was just mirroring the coronavirus' impacts on the economic fundamentals, there would still be a trend of differentiation between risk assets and safe-haven assets. However, at the same time that risky assets have been sold off, the price of traditional safe assets such as gold have also fallen. Thus, there is a sign of entering a liquidity crisis," Wang told China Finance 40 Forum.

He expressed concern about a possible liquidity crisis, adding that the sharp drop in oil prices as the OPEC and Russia failed to strike a deal on production cuts might trigger the liquidity crisis.

Last week, the price of spot gold was down more than 9 percent, the most since 1983. Oil prices posted their worst weekly drubbing since the 2008, with West Texas Intermediate falling by more than 22 percent and Brent set to fall by around 24 percent.

On Sunday night, the U.S. Federal Reserve made its second emergency rate cut in less than two weeks, slashing its benchmark borrowing rate to near zero, where it was during the 2008 global financial crisis, and pledged to keep it there "until it is confident that the economy has weathered recent events."

"However, in the face of severe blood loss in the capital market, the Fed is not a bandage to stop the hemorrhaging, but may only be a band-aid for a tiny cut," Liu Ying, fellow of Chongyang Institute for Financial Studies, Renmin University of China, stated on Sina Finance.

She explained that under strong deflationary expectations sparked by the epidemic, massive quantitative easing from the United States and Europe since the 2008 financial crisis and the European debt crisis in 2009, as well as limited space for interest rate cuts means the Fed, the lender of last resort, can provide only temporary relief, not a solution to the financial crisis and economic recession.

Wall Street on Monday triggered the third circuit breaker in two weeks and experienced its third-largest daily percentage drop on record, beaten only by the 1987 "Black Monday" rout and the crash of October 1929.

Is China a safe haven?

Wang attributes the reasons for the A shares' resistance to three aspects. "In the short term, recently, turbulence in global financial markets will increase volatility in domestic capital markets. However, compared with overseas, the epidemic in China has been basically controlled and domestic economic fundamentals have been relatively less affected by the virus outbreak overseas.”

Additionally, domestic capital doesn't tie up so much with global funds as the Chinese financial market has not been fully open and the level of A shares' leverage has decreased significantly after the sharp adjustment of the market in 2015. Thus, liquidity runs between overseas markets have had a relatively limited effect on A shares so far, according to Wang.

Early also affirmed A shares' performance, saying that "Chinese stocks (or) Chinese assets are already functioning as shelters to some degree. If not, you wouldn't see their relatively good performance against the rest of the stocks in the world".

"The spread of the virus in China is very much slower now. The health problem has been largely resolved," he told CGTN, emphasizing that money goes to where it is treated best and people should not complain about A shares' being down a little bit, considering that everybody was stuck at home for all this time in China.

But Early insisted that the main shelter is still going to be the U.S. treasuries. "You can see that is proven in the numbers. The treasury yield is super low and it has been going lower as people pile into those treasuries for shelter."

However, he considered A shares as an "oasis" in the global asset desert. "The valuation of A shares is in the depression of global stock markets," said Lu, noting that dividend returns of A shares are higher than Japan and the United States, and slightly lower than Europe. "In addition, China's economy and companies still own high potential growth, which are very attractive for global assets.”

Jimmy Zhu, chief strategist at Fullerton Research, thought Chinese equities will relatively outperform the rest of the market at least in March.

"The fundamentals of the Chinese market are pretty attractive. I think the main focus of the market is all about the coronavirus impact. When we look at the recovery and the virus control, it looks like China has done a pretty good job," Zhu told CGTN.

He also noted that production in China may have recovered close to 60 to 70 percent of previous capacity, judging from the trading volume of the yuan. An estimate by Bloomberg showed that close to 80 percent of China's businesses are back to normal operations.

Ren said on his WeChat account that the spread of the global epidemic will suppress the A shares market from corporate profit and market risk appetite, finally increasing the volatility of the stock market.

"The overseas countries with the severe epidemics are Japan, South Korea, the European Union (Italy), and the United States, which are all important trading partners of China and have impacted on China's production factors, capital supply and final consumption," he added.

Based on Hong Hao's statement on his WeChat account, China, as the first country to experience the coronavirus outbreak, experienced a historic plunge when its market reopened after the lunar new year. As such, China's market performance can either be a herald of the global markets due to its time lead, or an asset mispriced for weakening fundamentals amid the virus outbreak coinciding with a historic oil crisis.

"Now, the outlook on the U.S. economy is the question. A U.S. recession bodes ill for the global economy… Already, the probability of a U.S. recession has risen to 65 percent on the Predictit Market," said Hong, concluding that the possibility of the Chinese market as a mispriced asset has risen.

"We are standing on the verge of a new round of global economic and financial crisis. The global pandemic is just the trigger, while the underlying cause is the vulnerability of the global economy, finance, and society," said Ren Zeping.

Zhu said that globally, it was difficult to see whether the global rout has seen its bottom. A "V-shaped" recovery is possible, and it depends on whether the spread of the coronavirus worldwide continues.

"I don't see the market reaching the bottom [yet]," he said. "I think at this point, the market is moving according to the momentum. There are not many fundamentals priced in the market at this moment."

Early admitted that nobody knows how long any bear market would last. "We have now entered a highly sensitive period of high volatility, and we are probably going to stay there for a while."

"This matter is different from the last financial crisis. The crisis in 2008 was completely structural and caused by the subprime mortgage crisis, leading to major changes in fundamentals," Prof. Wu Xiaoqiu, vice president of Renmin University of China, told Netease News.

The fundamentals of both the U.S. economy and the financial markets have not undergone any significant changes this time, according to Wu. "Therefore, just from the perspective of the extent of market decline, we can say that its 10-year bull market comes to end and we enter a state of crisis. But it is not a comprehensive financial crisis, because it has not resulted in other secondary disasters, or other crises, such as a bank liquidity crisis, debt default, sharp depreciation of currency and severe economic recession."