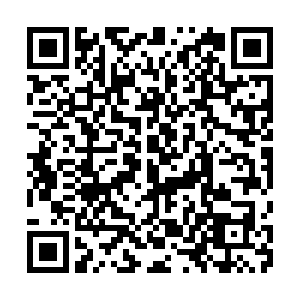 Faced with a growing economic shutdown from the coronavirus pandemic, the U.S. Federal Reserve on Sunday announced drastic emergency measures to shore up confidence and keep the financial sector running, including slashing the key interest rate to virtually zero.

The Fed made its second emergency rate cut in less than two weeks, cutting the benchmark borrowing rate to a range of 0-0.25 percent, where it was during the 2008 global financial crisis, and pledged to keep it there "until it is confident that the economy has weathered recent events."

The central bank also announced massive asset purchases, opened its discount-lending windows to banks and urged them to use it to help businesses and households.

In another move, it removed bank reserve requirements to allow them to use cash backstops.

The Fed joined forces with other major central banks to guarantee the global financial system has enough cash to continue to operate.

The action was coordinated with the European Central Bank, Bank of England, Bank of Japan, Bank of Canada and the Swiss National Bank.

President Donald Trump, who in the past has repeatedly berated the independent central bank for not acting more aggressively, praised the moves.

"What's happened with the Fed is phenomenal news," Trump said at a regular briefing of his coronavirus task force.

"It's a tremendous thing that took place just now," he said. "I can tell you, I'm very happy. I didn't expect this. And I like being surprised."

The massive show of financial force, coming as more countries are on lockdown due to the spread of the COVID-19 illness, aims to contain the economic fallout as businesses are forced to shut their doors in an already sluggish global economy.

"The swap lines are available standing facilities and serve as an important liquidity backstop to ease strains in global funding markets," a joint statement from the central banks said.

The Fed's policy-setting Federal Open Market Committee, following its emergency meeting, said that "the coronavirus outbreak has harmed communities and disrupted economic activity in many countries, including the United States."

The committee, which had been due to hold a regularly-scheduled two-day meeting starting Tuesday, vowed to "use its tools and act as appropriate to support the economy," though what tools it has left is a question.

One FOMC member dissented from the vote. Cleveland Fed President Loretta Mester objected only to the move to take the federal funds rate nearly to zero.

Time is of the essence

In the wake of the global financial crisis, the bank regulators including the Fed had required lending institutions to build up a large cash buffer in case of another emergency, so they would not require a government bailout.

The Fed decision on Sunday unleashed those reserves so bank can help support families and businesses, with more than four trillion U.S. dollars at their disposal.

"This action eliminates reserve requirements for thousands of depository institutions and will help to support lending to households and businesses," the Fed said.

And it encouraged banks to make use of low-cost short-term loans from the central bank, saying "depository institutions may borrow from the discount window for periods as long as 90 days, prepayable and renewable by the borrower on a daily basis."

"We have been urging this action for some time and we're very happy that the Fed did not wait until Wednesday's meeting," said Ian Shepherdson, chief economist at Pantheon Macroeconomics.

"Time is of the essence.  Lower rates and QE should, other things equal, boost all asset price, depress the dollar, and boost money supply growth."

However, he echoed the feelings of many in calling for more aggressive spending measures by the government.