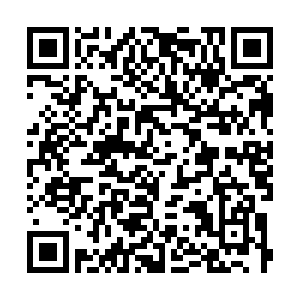 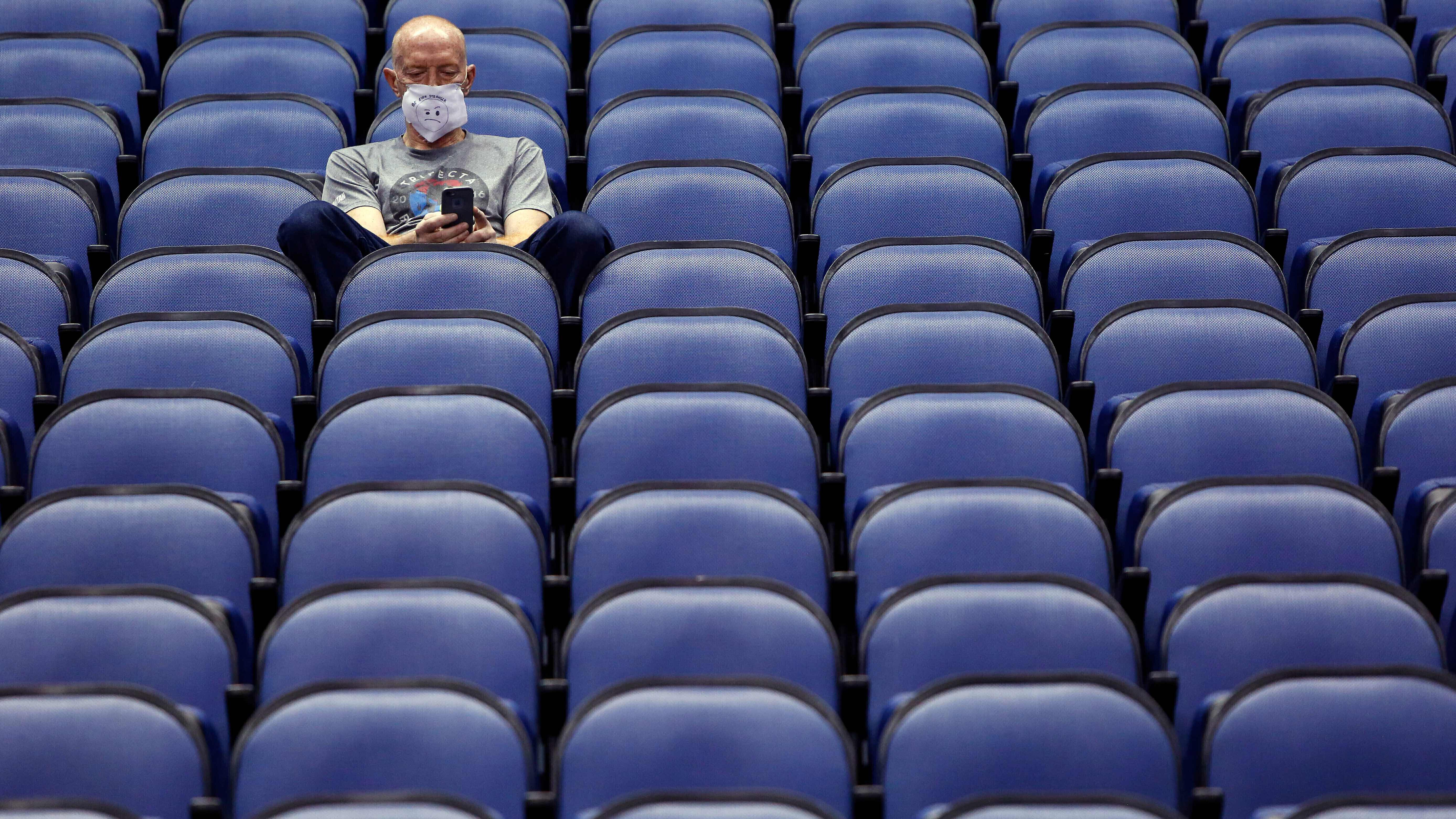 A fan sits in an empty Greensboro Coliseum after a college basketball game was canceled at the Atlantic Coast Conference tournament, Greensboro, March 12, 2020. /VCG

A fan sits in an empty Greensboro Coliseum after a college basketball game was canceled at the Atlantic Coast Conference tournament, Greensboro, March 12, 2020. /VCG

The rapid spread of COVID-19 continues to lead to cancellations or postponements of sporting events around the world on Monday, with European Olympic boxing qualifiers and horse racing's biggest showpiece "the Grand National" being the latest affected.

The "Boxing Road to Tokyo" event, which started on Saturday and was scheduled to run until March 24, was suspended on Monday despite an earlier decision to hold the event behind closed doors.

The London competition featured around 350 male and female boxers from dozens of nations and was the first opportunity for boxers from Europe to qualify for Tokyo 2020. Subsequent Americas and final world qualifiers, scheduled to take place in May, have also been put on ice.

"The BTF eventually took the decision to suspend the event today (Monday), amid increasing global travel restrictions and quarantine measures, in order to allow the participants from over 60 countries to adjust their travel plans and return home," said a statement from the International Olympic Committee (IOC).

European Boxing Confederation (EUBC) president Franco Falcinelli told BBC in an interview that he feared the risk of a boxer getting the virus was "very high." But organizers of the boxing qualifiers said before the event started that measures had been put in place to protect competitors. 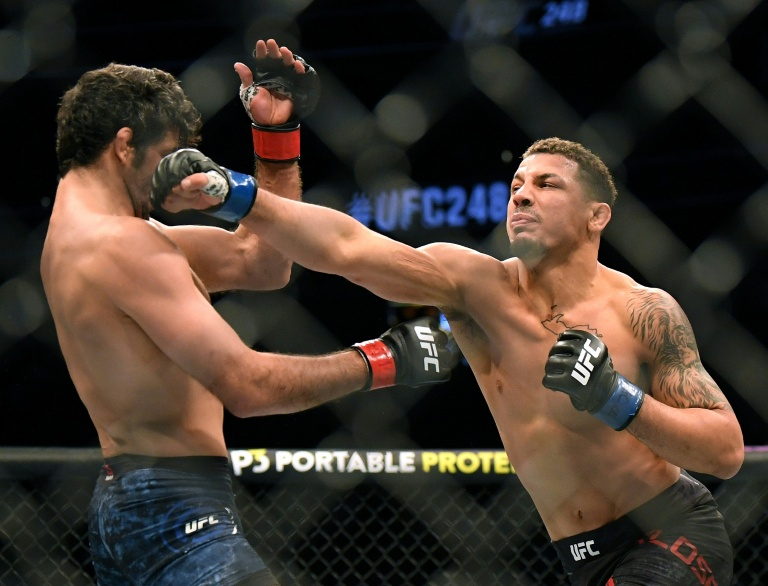 The UFC is postponing three upcoming fight cards after restrictions put in place to curb the spread of covid-19. /VCG

The UFC is postponing three upcoming fight cards after restrictions put in place to curb the spread of covid-19. /VCG

Meanwhile, the Ultimate Fighting Championship also said it is postponing its next three events with officials unable to find venues to stage bouts amid global restrictions being put in place to combat the coronavirus.

UFC president Dana White, who had previously defended the circuit's decision to press ahead with a card in Brazil on Saturday, confirmed the news in a message to employees later posted on Twitter.

The decision affects fight cards in London on March 21, Columbus on March 28 and Portland on April 11. The UFC is also closing all offices with immediate effect and asking employees to work from home.

The move comes as authorities around the world impose restrictions on gatherings with a large number of people. This year's edition of the Grand National steeplechase has been canceled in response to the new restrictions, the Jockey Club said Monday.

The National is the centrepiece of the annual three-day meeting at the Aintree course near Liverpool, but this year's April 2-4 schedule has now been scrapped.

"Following the Government's new public health guidance regarding avoiding social contact and stopping non-essential travel, and its statement that emergency services are withdrawn from supporting mass gatherings from tomorrow, the Jockey Club has decided that it is no longer appropriate to stage the event," said a statement. 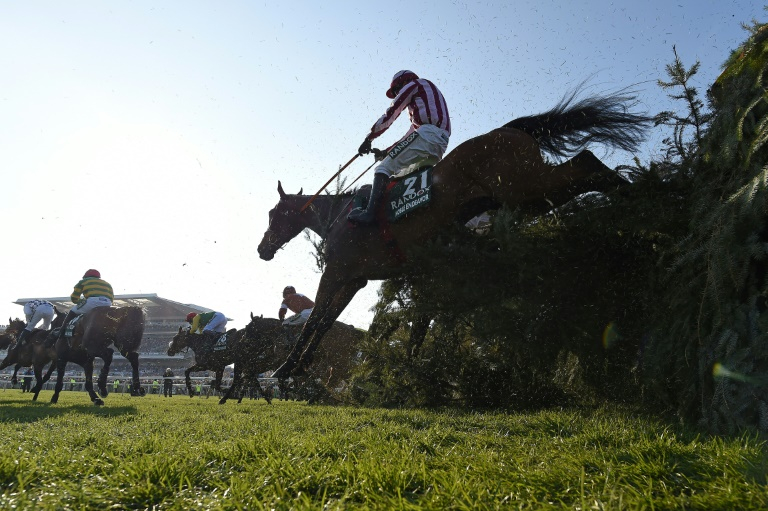 The Grand National is one of the biggest events in the horse racing calendar. /VCG

The Grand National is one of the biggest events in the horse racing calendar. /VCG

Monday's announcement means Tiger Roll's attempt to equal the three Grand National victories of Red Rum, the race's outstanding horse of the 1970s, will be delayed by at least 12 months.

Cancellation of the Grand National will come as a blow to the British betting industry, with millions of pounds traditionally gambled on the race which represents a 'once a year flutter' for many people who would not otherwise bet on racing.

In European rugby, the quarter-finals of this year's Champions and Challenge Cups have been postponed, tournament organizers European Professional Club Rugby (EPCR) said on Monday.

Four of the matches originally scheduled for April 3-5 were set to be played in France, where the government has closed schools, bars and restaurants and most shops except for food stores and pharmacies.

In cycling, the Tour of Romandy and Tour of the Basque Country have been canceled, according to organizers.

Run over a week in late April and early May, the Tour of Romandy takes in the Swiss Alps and is seen as a key warm-up to the Giro d'Italia and Tour de France. The Swiss cantons where the race passes through "are considered risk zones by the World Health Organization."

The Tour of the Basque Country, due to run from April 6-11 in Spain, was postponed to an unspecified date "in compliance with orders from local authorities," organizers said in a statement. They said they had contacted the UCI in order to try and move the race to a later date. 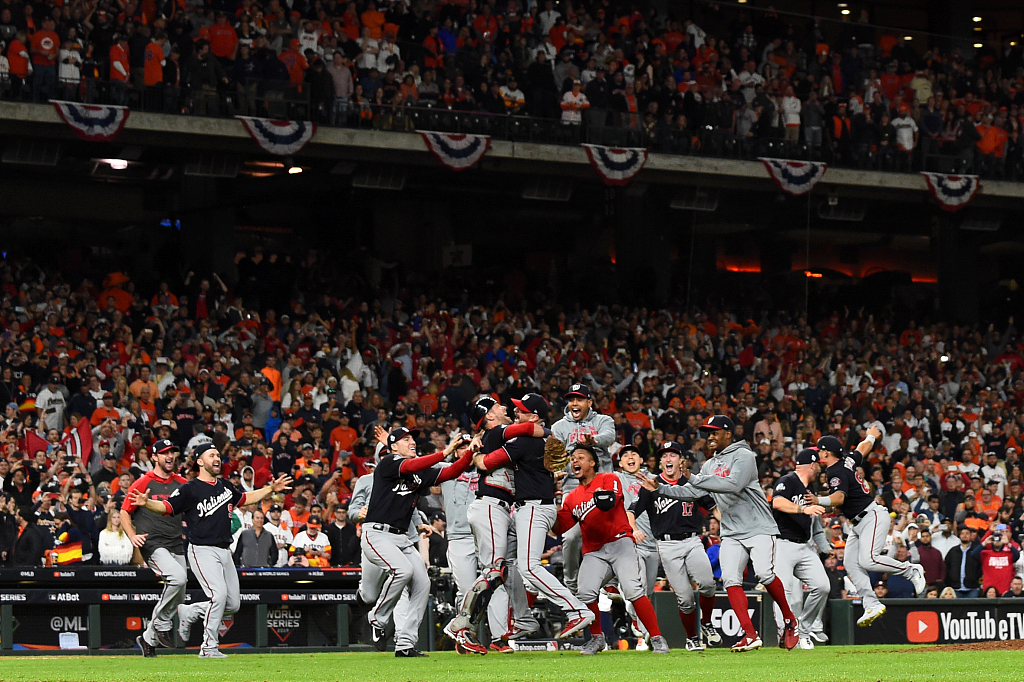 Elsewhere in the U.S., the start of the 2020 Major League Baseball season will be pushed back by at least eight weeks following new advice from public health authorities to combat the coronavirus pandemic.

The Centers for Disease Control and Prevention (CDC) said sporting events and other large gatherings involving more than 50 people should be canceled or postponed for the next eight weeks.

The guidelines effectively leave this major sport in the U.S. facing a two-month lockdown as authorities battle to curb the spread of COVID-19.

MLB said in a statement the decision to heed the CDC advice and delay the start of the season – which had been due to get underway on March 26 – had been taken after a conference call between league commissioner Rob Manfred and all 30 MLB teams early on Monday.