When does a president's tweet go viral?
Zoom In with Zou Yue 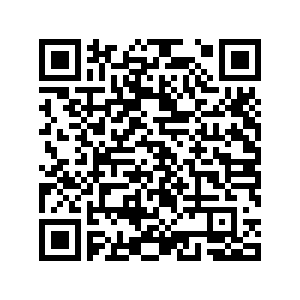 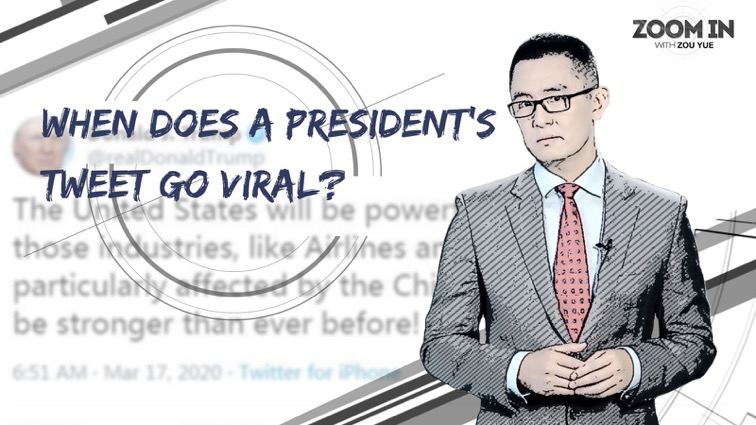 Editor's note: U.S. President Donald Trump is blaming China for COVID-19. His latest tweet labels it as the "Chinese Virus." CGTN's Zou Yue shared his concerns over Trump's blame spreading as the leader of a global superpower at a crucial moment while facing the COVID-19 pandemic.

When somebody calls COVID-19 a "Chinese virus," a sane person would normally rather not dignify the statement with a rebuttal. But that statement came from the president of the United States. And it cannot be ignored.

Once over the initial shock, one kind of gets it. It is nothing more outrageous than those "immigrants are rapists," "foreign trade is toxic" and "America is raped" kind of rhetoric. President Trump believes in or at least he wants the world to believe in him as an "American first, all foreigners are bad" president. But this is the last thing the world needs to fight a global pandemic.

COVID-19 is spreading in America. The American president is still spreading blame. He is not only egregiously wrong but also downright dangerous by playing the racist and xenophobic card when all of humanity are facing a common enemy.

His diversion of American public's anxiety and fear towards a country or a region is the most self-defeating strategy a leader could possibly take.

I understand President Trump is worried about his politics. He needs the support of his political base. But don't you get it, Mr. President. What you are dealing with is a pandemic, a matter of life and death. If you made the wrong call, there is no politics to protect.

America is short on testing kits. Its people are not trusting their own economy and their leadership. Instead of rallying the country and seeking help from wherever possible, the American leadership is failing us by going low again.

But what worries me is that if this is a failure, it will not be one of his presidency, but a country and the world.