No pain, No gain? How automakers in China navigate COVID-19 pandemic?
By Lily Lyu 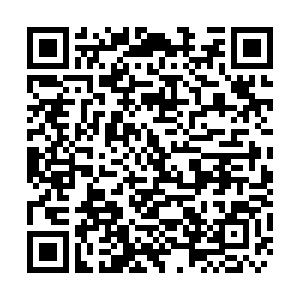 March was supposed to be a busy month for automakers. They'd have the Geneva Motor Show to stage world premieres, and they'd be occupied with preparations for April's Beijing Auto Show, the largest auto event of the year. But all that has changed due to the coronavirus pandemic.

The month began with the cancellation of the Geneva Motor show and automakers trying to move the hustle and bustle online. Several major car brands have launched new models exclusively online. While these e-launches attracted huge global audience, some brands even said it was an exciting format that may be explored further in the future.

For instance, Mercedes-Benz said launching cars online does not only enable transmission of first-hand information, but also has the advantage of real time interaction. Besides, China is a market in which digitalization is developing most rapidly and is widely accepted.

This is why they get even more creative in the Chinese market, trying to do as much as possible online, including sales, model launches and press conferences.

Since mid-March, the viral spread has slowed in China and shoppers are gradually returning. Car dealers are geared up, sanitizing stores and offering promotions. The relationship between car makers and dealers has become more critical than ever.

"We need to support our dealers and help them stay operational," said David Xiao, COO of Porsche China, adding "We've introduced a slew of policies, including financial support, inventory adjustments and loosening up assessment criterion."

Automotive sales in China plunged by nearly 80 percent in February, the biggest-ever monthly decline. This is the 20th straight month of decline, bringing car sales to levels not seen since 2005.

Could it be the end of the tunnel?

"After that, we expect a turn-around and even flip back into growth in second half of the year. I foresee a 5-10 percent drop in car sales for the whole year - that will make 2020 the third consecutive year with car sales decrease." said Xing Lei, chief editor of China Automotive Review.

Global automakers are racing to develop recovery plans. Daimler AG is working on a strategy to push sales during the remainder of the year to make up for lost volume in China. BMW said its China sales have taken a hit because of the coronavirus, but the company stuck to its target for increasing passenger car sales for the year. Nissan Motor CEO Makoto Uchida said cost cuts could be deeper. Uchida promised to unveil a turnaround plan in May, on top of a plan to cut jobs.

In China there's a saying: "Changes always come ahead of plans." Xing Lei said the big question now is how the spread of the pandemic will effect car production and value chain outside China, and how would that impact the Chinese market.

Just this Tuesday, Volkswagen became the latest of a slew of car makers to announce shutdown plans. Some say that the industry is in more pain than gain at this time. But the Chinese market offers so much potential that, until everything gets back to normal, the car makers will keep doing all they can to make these extraordinary times meaningful.