Tennis players around the world have hit out at the lack of communication from the game's governing bodies in the wake of the French Open's shock switch to September from May because of the coronavirus pandemic.

The rescheduled French Open, which runs through September 20 to October 4, will begin just seven days after the U.S. Open final in New York, leaving players to contest the claycourt Grand Slam in the middle of the hardcourt swing.

Former number one Naomi Osaka reacted to the news with her post of "Excusez moi???" ("Excuse me?" in French), while other women's players posted memes on social media to voice their confusion and frustration. 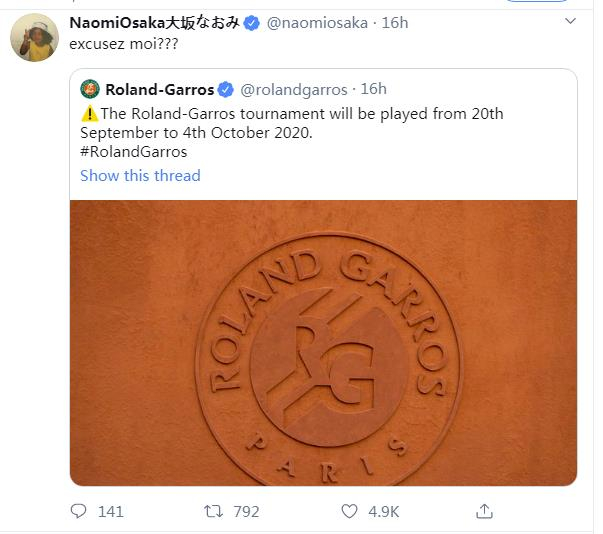 "Nobody wants to see RG canceled... just all work together to fix a schedule that makes sense when things clear up a bit," he said. "Players, tournaments, majors, men and women all in a room. Now is a bit early for answers."

Meanwhile, the United States Tennis Association (USTA) said currently there were no plans to alter the schedule for the August 25 to September 13 U.S. Open and stressed any potential changes would be made only after consultation with other stakeholders.

"At a time when the world is coming together, we recognize that such a decision should not be made unilaterally," the statement read.

"Therefore the USTA would only do so in full consultation with the other Grand Slam tournaments, the WTA and ATP, the ITF and our partners, including the Laver Cup."

The Laver Cup exhibition team competition, heavily promoted by Roger Federer and Rafael Nadal, is supposed to take place from September 25-27 in Boston. 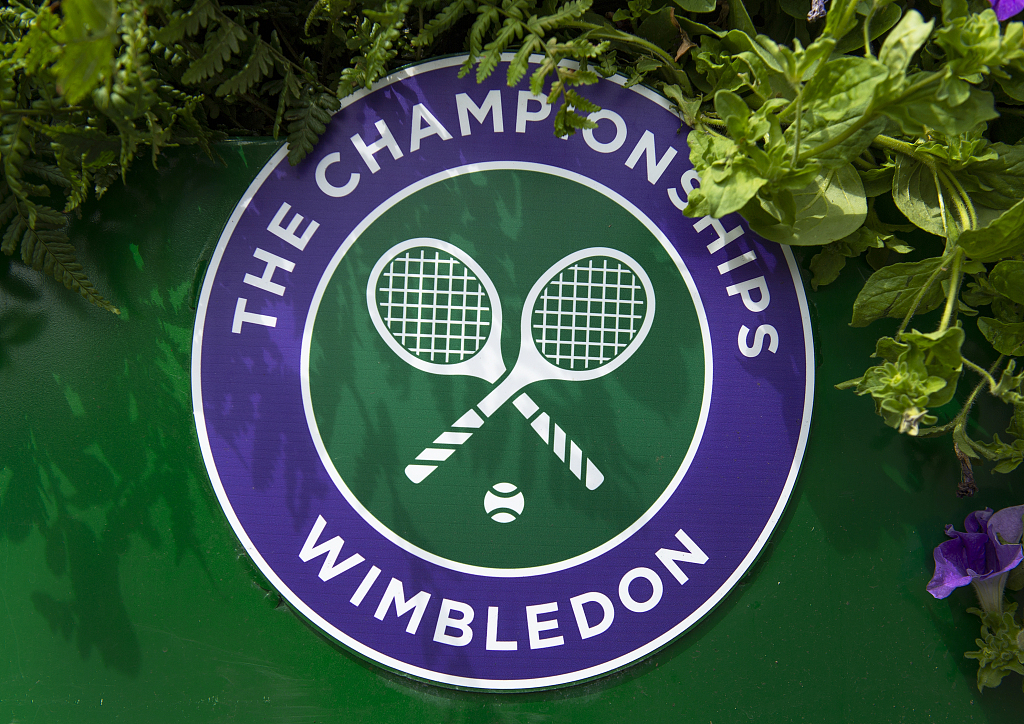 The logo of the Wimbledon Championship tennis tournament in London, UK, July 10, 2019. /VCG

The logo of the Wimbledon Championship tennis tournament in London, UK, July 10, 2019. /VCG

At the same time, Wimbledon organizers say they are still proceeding on the basis that the grasscourt Grand Slam will start on June 29, while organizers of the Australian Open are continuing to work towards the usual January start for the 2021 edition.

The men's ATP tour, women's WTA tour and International Tennis Federation have yet to respond publicly to the move.