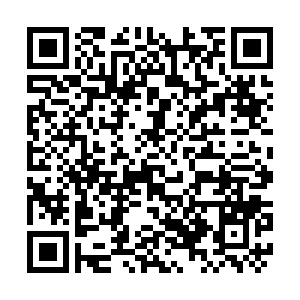 Editor's Note: On January 29, long-time Shanghai resident John Darwin Van Fleet, who was in China through the 2002–2003 SARS epidemic, wrote this letter to his family in Los Angeles to update them about the novel coronavirus situation in Shanghai and around the country. Van Fleet is the director of corporate globalization at Antai College of Economics and Management, Shanghai Jiao Tong University. 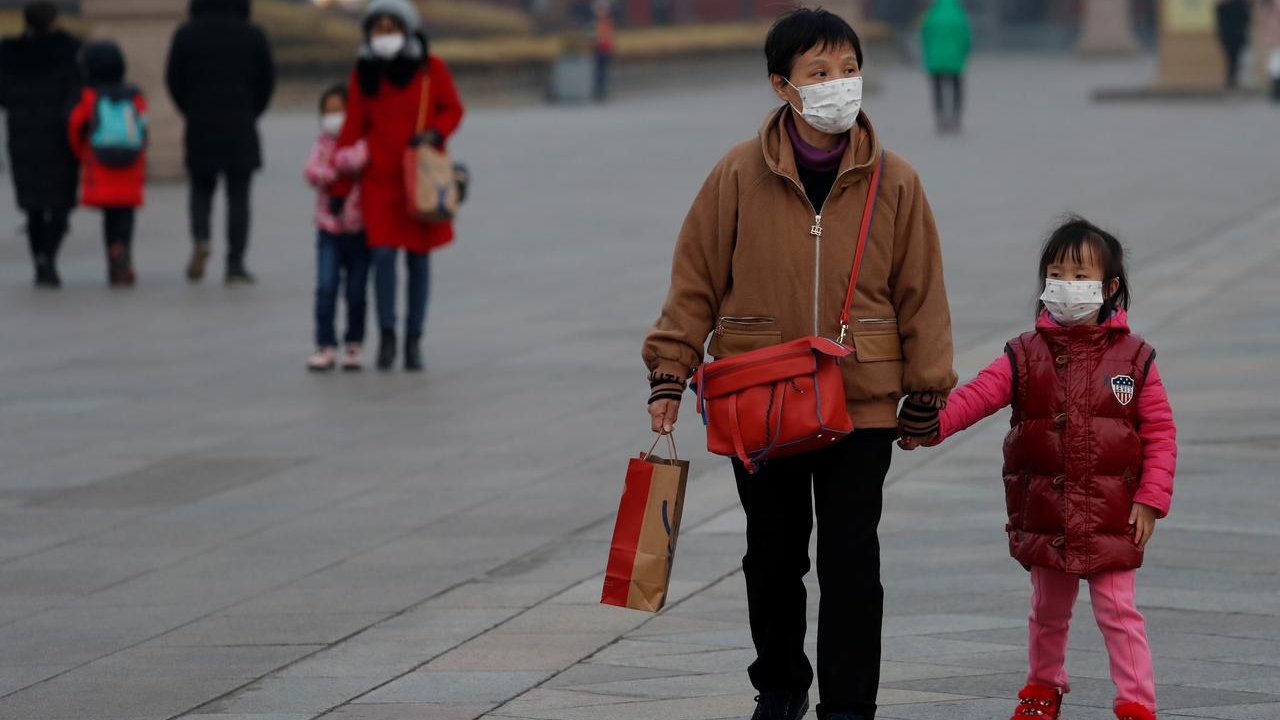 You've seen the big numbers – about 6,000 cases discovered so far, more than 130 deaths. The epicenter Wuhan accounts for about a third of those cases and almost all the deaths; we have about 80 known cases and one death here in Shanghai. But that's today – look for those numbers to go up, a lot, in the coming days and weeks.

The large majority of people on the streets and in the shops here are wearing masks – usually the disposable surgical type that can't block airborne viruses (though they do retard droplet transmission, which itself has substantial value in this situation). Wearing masks has additional, non-medical benefits: allowing people to feel better, and mask-wearing contributes to a feeling of solidarity –  "We're all in this together!" – on balance a good thing, particularly in a place where social trust is an issue. In public spaces, masked staff wipe elevators and handrails with disinfectant regularly. One smells bleach here and there.

But not so many people are out on the streets at all – Shanghai is unusually quiet even for Chinese New Year time. The buses are running, but the (mask-wearing) drivers have maybe one, often no, passengers. All my friends who had domestic travel plans have canceled them; most are trying to stay indoors.

In the past few days, some online retailers have occasionally sold out of some vegetables or other foodstuffs, but I guess this will be a minor problem – there's too much economic incentive and societal imperative pushing toward the continued supply of day-to-day needs.

Take Wuhan, which looks like a neutron bomb hit it. A city with a population of about 14 million, about five million of whom have left in the past 10 days (largely because of previously planned Chinese New Year travel) – the rest are now holed up indoors. Wuhan and perhaps a dozen other cities in the region are quarantined. The health authorities have suspended all the home delivery services, along with public transit, and are barring private vehicles from going in or out. Yet despite plenty of shortages in the selection, people are still able to buy food – no rationing, no bread lines – yet!

And there's one truly touching story that's come out of Wuhan – the quarantined city residents are opening up their windows at night, in high-rise complexes and such, and shouting encouragement to each other – across the compounds, across the neighborhoods. They're shouting, "Wuhan jiayou!" which is like "C'mon Wuhan, you can do it!" or "Stay strong, Wuhan!" And they're singing patriotic songs as well.

One real shortage is medical capacity and supply. Masks are hard to find, and price gouging is found at some places despite government prohibition. Frontline healthcare providers are being lauded as heroes, as well they should be, as they often aren't supplied sufficient protective gear. Their hours have become daunting, the demand overwhelming, their risk increasing. About 15 at one Wuhan hospital became infected, but 11 now test negative for the virus, and three have been discharged.

The queue for masks today in suburban Shanghai was 200 meters long. Masks are available now only in specified locations, and they sell out rather quickly.

There's a massively popular New Year's Eve program here every year, called Chunwan. It's roughly akin to our Washington, D.C. fireworks celebration on July 4 every year, but a lot bigger. A lot of entertainment stars show up and do a turn.  With a billion plus viewers, it's the most-watched single night of television in the entire world. Chunwan this year featured an impromptu five-minute segment, led by a half-dozen top Chinese TV talents, that has become the most discussed part of the entire program because it literally sang the praises of the front line healthcare workers facing this epidemic, particularly those in Wuhan. That segment, and the hundreds of millions of social media posts about it, are contributing enormously to the broader public understanding of the seriousness of this virus.

Another commodity in short supply is rationality. I'm reminded of FDR – "the only thing we have to fear is fear itself" – we could use a lot more of that kind of thinking over here right now. Social media posts are again proving an effective amplifier for scary stories from dodgy sources, fevered (excuse me) bloviating and the like. Our own L.A. Times ran a tremendous feature a few days ago, titled "Should you panic about the coronavirus from China? Here's what the experts say." The short answer: no. Go get it from your recycling pile and read it without fail – a great antidote for overactive imaginations.

We've had a few islands of humor in our sea of troubles. A U.S. expat named Flora, apparently a resident of Wuhan, decided to conduct her emotional meltdown on WeChat a few days ago, doing her best Chicken Little imitation, lashing out at everything and everyone in (digital) sight. Trolls immediately took the bait, and we've seen a plethora of memes taking the piss out of poor Flora, who must now feel that she has another reason not to show her face in public!

And our State Department has arranged an emergency evacuation flight from Wuhan for U.S. diplomatic personnel and other concerned U.S. citizens. Wags quickly pointed out that flying these people to U.S. cities is a questionable choice because the evacuees stand a statistically greater chance of being killed in their destination cities by gun violence than they do of dying from the virus if they stay in Wuhan.

You've all known for decades that I'm crap at predictions, but hope often triumphs over experience (as they say about second marriages), so I venture to offer three predictions here:

– As a "public health meets rumor" phenomenon, this is going to get much bigger. I guess we'll see the postponement of most public activities in February, and maybe into March. Schools are already announcing extended holiday periods and being asked by local ministry of education officials to produce "safety plans." Shanghai Disneyland and museums and such will close for a few weeks. For Disneyland, that's an especially hard blow because they invested quite a bit of money and time preparing for what should have been a huge kickoff of the Year of the (Mickey) Mouse. They expected to make tons of money working that angle. Regular businesses were supposed to resume in a few days, but around the country, cities are now announcing February 9 as the earliest resumption, and schools will probably delay until the end of the month. February will become national work-from-home month.

– I guess we'll see fewer deaths than we saw with SARS 17 years ago because detection, reporting and quarantine are better this time around – the reports of rapid increases in cases are actually a good thing – that means they're screening more and finding more. But that, of course, depends on how virulent this virus is. China's National Health Commission reported yesterday that the virus seems to have a longer incubation period compared with SARS and to be contagious during that period, unlike SARS.

– You've probably heard about those poorly supervised wet markets out in the provinces, with civet cat and other mystery meat on display, or the likes of the seafood market in Wuhan that seems to have been the source of the outbreak this time around, all of which have suspect at best sanitary practices, and which have repeatedly been sources for such outbreaks, including most probably SARS. Well, you can kiss most of those goodbye. (Since Friday, I've been voicing this prediction to a few of my local friends. They all say, "Good riddance!") The local and regional health authorities will start investigating their respective areas and dropping the hammer on that kind of activity, or suffer the wrath of Beijing. Not only will this incident cost billions of U.S. dollars in downtime/lost productivity and remediation, but it's also causing China to lose face globally, and the Party to risk some credibility loss with the citizenry. That's an especially powerful combination of motivators for change.

It's gonna be a quiet few weeks here. Some of that quiet will be enforced. It'll be a good chance for me to spend some time on things that don't ordinarily get enough attention and perhaps to see a few friends willing to brave the outside.

I'll wear a mask when I go out, even if the effect is somewhat overstated. What mask-wearing does achieve, including the solidarity that I'm quite happy to be a part of, is more than sufficient justification.

Our Mouse Year has started poorly. The situation will be difficult for weeks to come and expensive for individuals, companies and the country. We'll be OK – we're being sensible, following medically validated advice: washing hands regularly, not hanging out in crowded train stations, staying healthy and such, generally staying indoors. And the people who are getting really sick or dying overwhelmingly have compromised immune systems – frail with age, illness, etc. Statistically, we're much more likely to die from regular flu, which kills tens of thousands each year in China (and something like 10,000 a year on your side of the ocean), or even from traffic mishaps. But that's always been true of these kinds of disease outbreaks – the panic far overmatches the actual risk of the situation, compared with far more serious risks – think AIDS versus malaria. And social media makes it easier for people to misplace their minds.

Despite all that, and even after all the time I've been here, I still feel fortunate to wake up in Shanghai every morning. I've said this to you many times before, but I still feel like I have a front-row seat for the 21st century, and I'm confident about this year overall.

In closing, let me reassure you: I promise that, on my next trip home, I'll politely decline any pathogenic traveling partners!