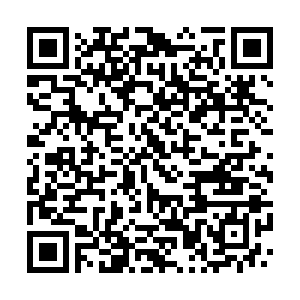 Bolsonaro accused China of misleading the world about the scale of the virus outbreak. He said on his Twitter account that "It's China's fault and freedom is the solution".

Geng said that China had been sharing information and data on the virus in an open, transparent and responsible manner with the World Health Organization and other countries including Brazil.

"Such accusation is immoral and irresponsible, and it is not helpful to international society to fight the epidemic," Geng said at a daily briefing.

China strongly opposes any attempt to stigmatize it, as well as any intention to attack China and its political system, he added.

The Chinese embassy in Brazil on Friday also expressed strong dissatisfaction and objection against Bolsonaro's remarks.

"We are opposed to any stigmatization by any means and to any slander or attack on China," the embassy said in a statement. 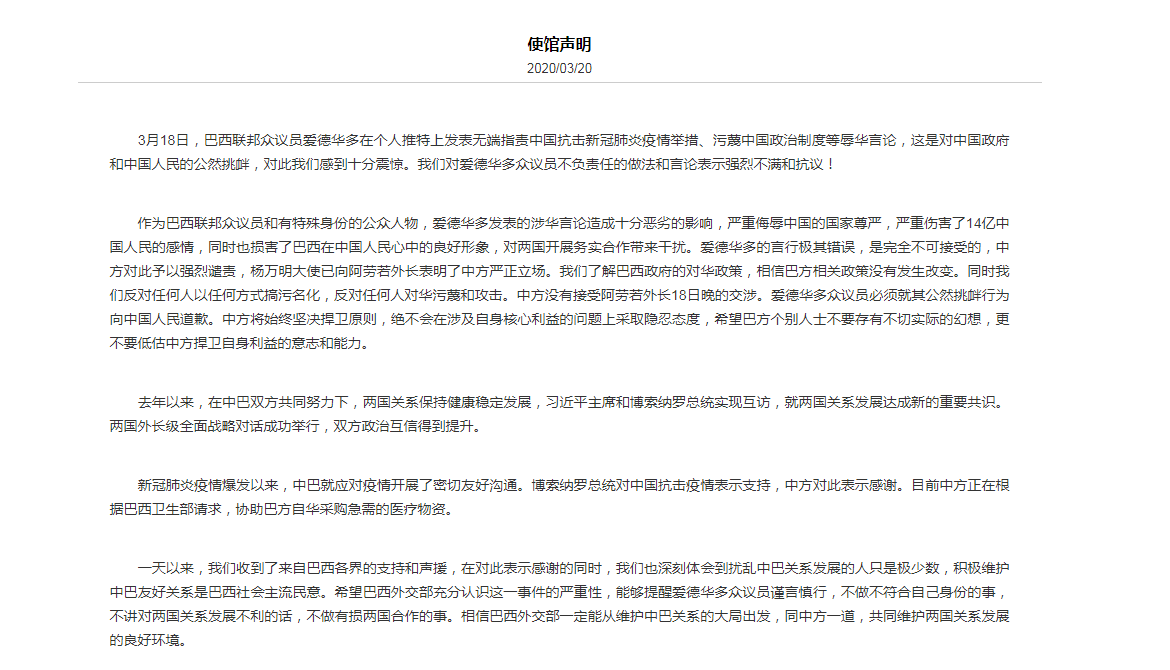 Screenshot of the statement released by Chinese embassy in Brazil, March 20, 2020.

Screenshot of the statement released by Chinese embassy in Brazil, March 20, 2020.

According to the statement, Chinese Ambassador Yang Wanming has made China's solemn representations to Brazilian Foreign Minister Ernesto Araujo.

"China will always firmly uphold the principles and will never take a forbearing attitude on issues involving its own core interests," the statement read.

Ambassador Yang earlier responded to Eduardo's inappropriate remarks on Twitter, saying the Chinese side strongly rejects Eduardo Bolsonaro's post saying that China is to blame for the COVID-19 and freedom would be the solution, adding that it will hurt friendly ties between the two countries.

In addition, the embassy published a message on Twitter, which called Eduardo Bolsonaro's remarks extremely irresponsible, adding that he has no international perspective, no knowledge of China or the world.

Brazil Congress President David Alcolumbre later made an apology to China in the name of the Brazilian parliament and lauded China for setting an example of crisis management to the world. 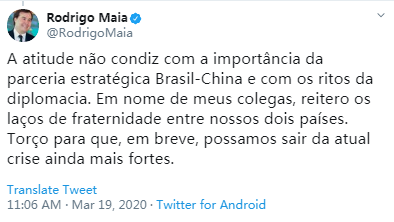 "The attitude does not match the importance of the Brazil-China strategic partnership and the diplomatic ties. On behalf of my colleagues, I reiterate the bonds of brotherhood between our two countries. I hope that soon we can come out of the current crisis even stronger," he added.