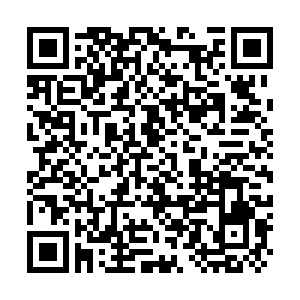 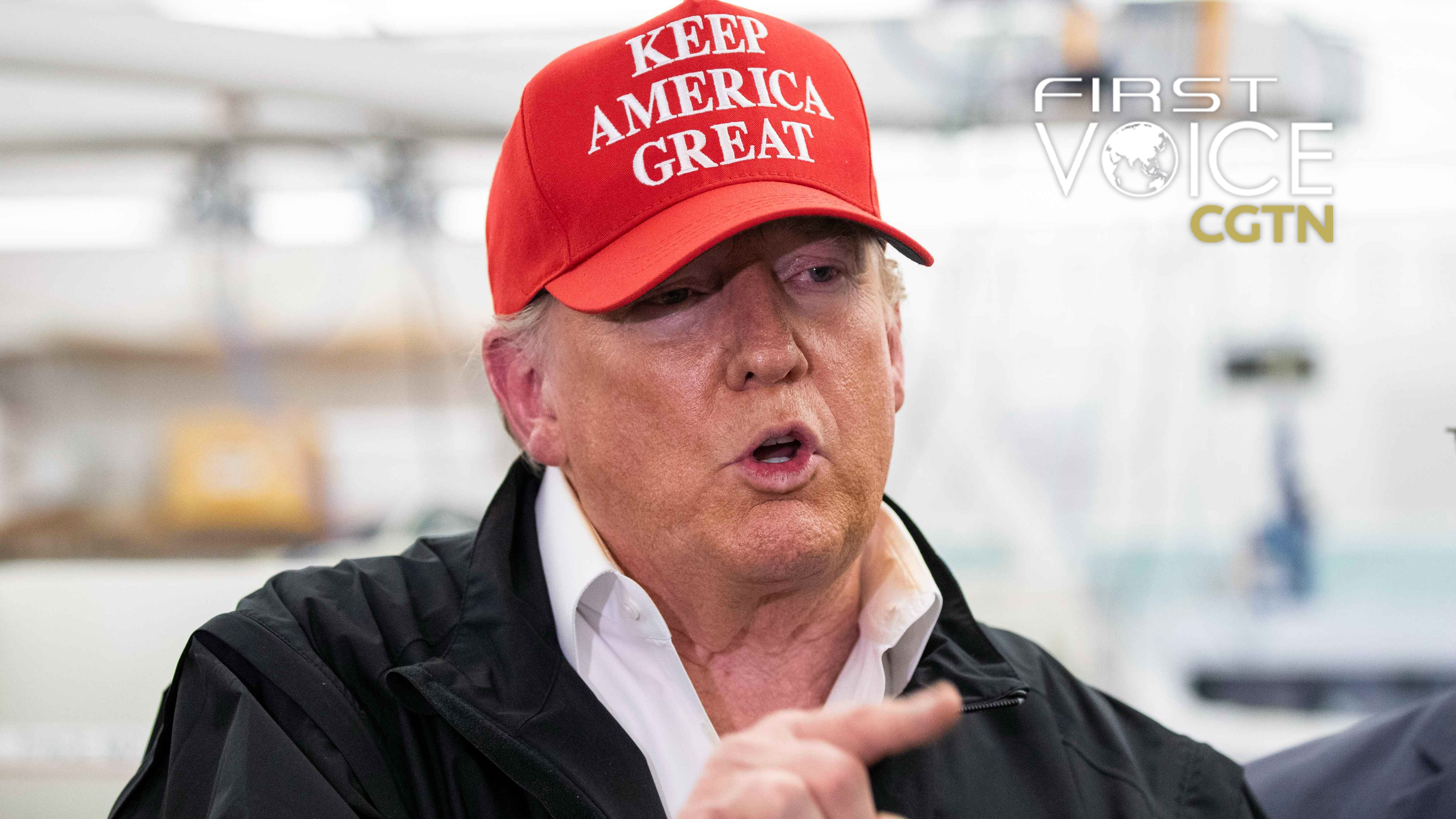 Since the beginning of the week, U.S. President Donald Trump has come under fire for his increasing use of the term "the Chinese virus" to refer to the current ongoing coronavirus epidemic.

His "rebranding" of the disease has not only angered many Chinese, but also invited a growing chorus of criticisms in America itself. On Wednesday's White House coronavirus task force briefing, a CBS reporter grilled the President on why he has shifted to use the term and whether he's aware of the possible impact on the Chinese American community in the country.

President Trump tried to fend off the criticisms by saying, repeatedly, that "because it comes from China" which, in his view, gives him legitimate ground for calling the disease the "Chinese virus".

However, this runs counter to the advice given by the World Health Organization (WHO) as well as the current international norm which the President knows fully well. The kind of remarks he has made is exactly what the WHO has been trying to avoid by naming the ongoing outbreak "COVID-19," rather than associating it with any group, region, or people to make sure stigmatization does not happen.

This practice goes back to 2015 when the WHO issued a guidance on the best practice to name new human infectious diseases, which states that "terms that should be avoided in disease names include geographic locations, people's names, species of animal or food, cultural, population, industry or occupational references…" as doing otherwise could provoke a backlash within certain communities and cause damaging consequences for certain groups as well as certain economic activities.

Michael Ryan, executive director of the WHO's emergency program, addressed the issue on Wednesday, saying that "viruses know no borders" and criticized Trump for linking the disease with China and Chinese people. His view is widely echoed; even some members within the Trump administration itself do not agree with the President’s use of term. For example, Health and Human Services Secretary Alex Azar during a congressional hearing last month said that "ethnicity is not what causes the novel coronavirus" and committed to using COVID-19 to refer to the disease. 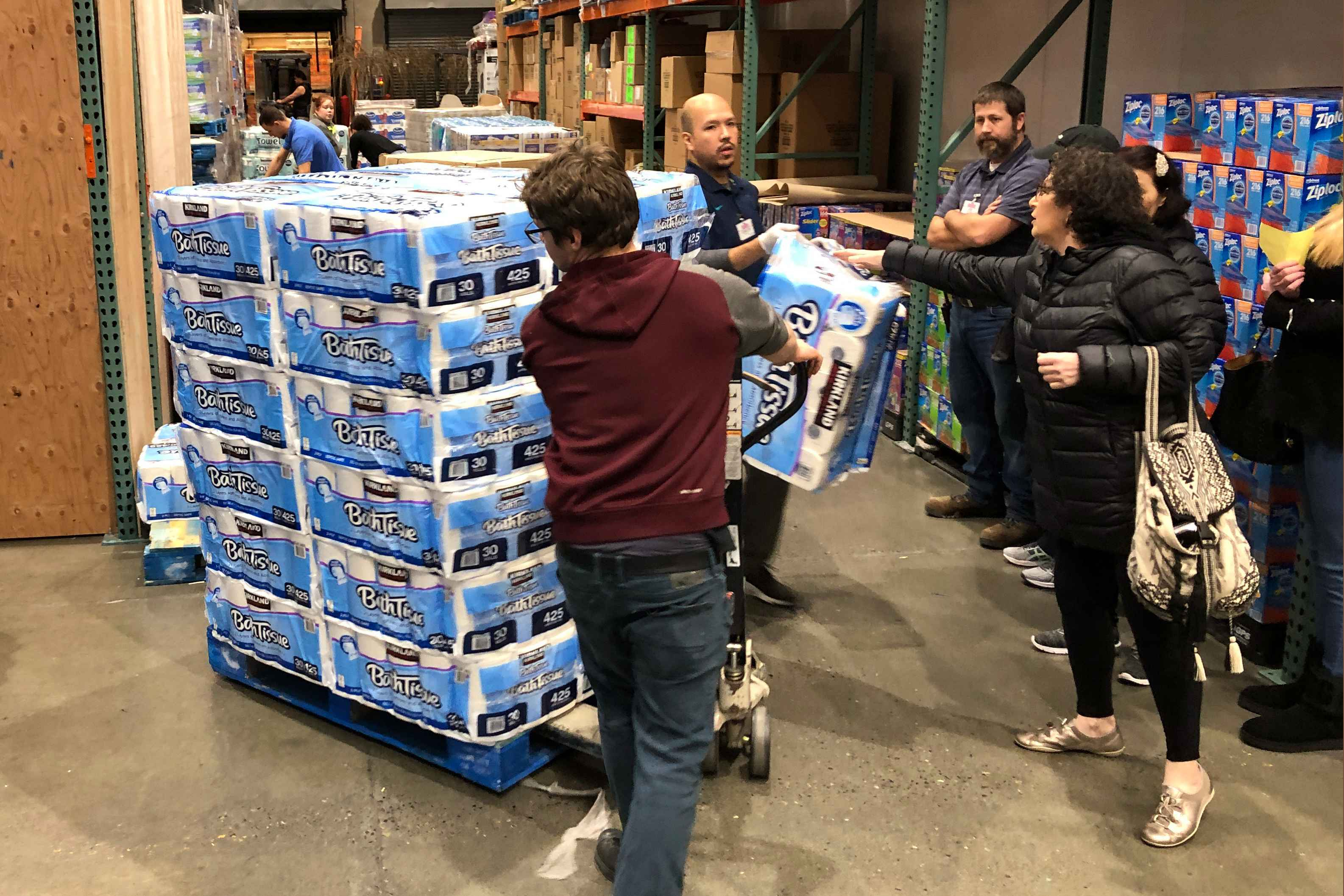 So no, naming the virus by "where it originates from" is not a rational justification. The deeper reason for the President to use this term lies somewhere else and is known by many observers of U.S. politics all too well.

As many analysts have pointed out, by using the "Chinese virus" and emphasizing that the virus originates from China, the President has been suggesting and attempting to convince his domestic audience that China is the one responsible for what has happened in America, including the recent coronavirus debacle that transpired, not the Trump administration. He believes that propagating this message widely will help repair some of the damage done to his presidency due to his stumbling response to the outbreak, which is vital to his prospect of getting reelected later this year.

Former U.S. Secretary of State Hillary Clinton, for example, tweeted that what has motivated Trump is clearly an attempt to distract from "his failures to take the coronavirus early on, make tests widely available, and adequately prepare the country for a period of crisis."

A CNN journalist based in New York, Jill Filipovic, also commented in a recent article that Trump has been use "xenophobic racism" to distract people away from his "many screw-ups" and rally his base around him. This is consistent with the President's frequent use of "foreign virus", because anything foreign is bad and therefore the blame for whatever took place cannot be put on his administration.

Filipovic shed further light on the issue by pointing out in the article that throughout human history, many frightening illnesses have been blamed on "unfamiliar outsiders" or "unpopular minorities". In this exact same vein, European Jews were blamed for the damaging Black Death epidemic and gay men were initially blamed and discriminated against for HIV.

The damage such use of term could do is far beyond what the President would acknowledge or is willing to contemplate. Ever since the outbreak began in January, Chinese people around the world and even some Asian population have endured persistent discrimination and harassment by those who are misinformed and assume any Chinese could possibly be carrying the coronavirus. Sadly, as the President of the United States, Trump is emboldening such discriminatory behavior and inflate the feeling that Chinese and China are to blame for the ongoing epidemic.

The kind of negative impact Trump's remarks can generate also goes beyond the growing discrimination that could be facing people of Chinese ethnicity. They are likely to plunge China-U.S. relations further into unknown territory. A senior adviser at the Washington-based think tank, Center for Strategic and International Studies pointed out in an interview with NYT, President Trump is helping fueling a narrative in China about "American hatred and fear" of not just the Chinese government but also of China and Chinese people.

People in China, common people as well as the leadership, are disappointed that as they have gone through a painful two-month long fight against the coronavirus, the leader of the United States not only offers no sympathy but worse, to add insult to injury, has intentionally stigmatized the entire Chinese nation and its people. Therefore, Trump's use of the term is damaging on multiple fronts.