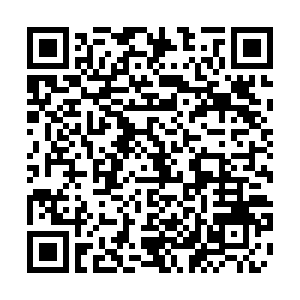 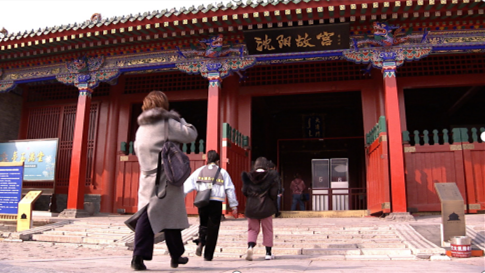 As the coronavirus outbreak shows signs of easing in China, more tourist attractions and cultural venues across the country are gradually reopening – but not without precautions.

Mukden Palace, the former imperial palace of the early Qing Dynasty, in the northeastern city of Shenyang reopened this week. It's been closed for nearly two months due to the epidemic. While up to 30,000 visitors typically swarm the venue daily during high season, currently no more than 4,000 are allowed per day.

Visitors waiting at the entrance told CGTN that they think it's safe to tour the venue as long as they're wearing masks and gloves. 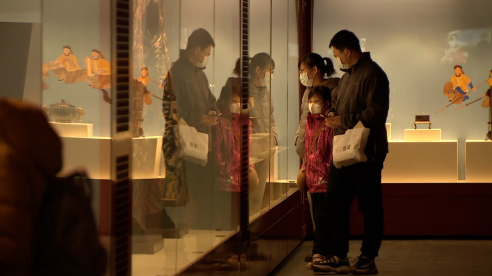 But is it premature to go back to normalcy and do outdoorsy things amid the outbreak? The administrators of the venue have addressed public concerns.

Exhibition halls are disinfected twice a day. Isolation points have also been set up to shelter visitors exhibiting infection-like symptoms before epidemic prevention crews arrive. There are no ticket sales on-site and visitors have to book their tickets online instead. All tour guides have also been replaced by audio guides.

Poorly ventilated exhibition halls are temporarily closed. But most of the major halls and palaces remain open, so visitors can still enjoy the cultural relics and magnificent buildings at Mukden Palace, curator Li Shengneng told CGTN.

"We also advise visitors to finish their tour within two hours and stay 1.5 meters away from each other to avoid crowding," Li added.

Eight other museums and galleries in Shenyang, like Marshal Zhang's Mansion, have also begun to take in visitors. Shenyang Library is capping the number of daily visitors and asking for real-name registration, health checks and protective gear as preventive measures.

The library said they have temporarily removed chairs in the reading and study areas. "Our library has also purchased two self-service disinfection machines, so readers can sterilize the books," said Chen Jing, Party chief of Shenyang Library CPC Committee.

The library has also extended all book lending periods to the end of June. But just like many other cultural venues, it's gearing up for more services and longer opening hours amid the gradual recovery from the outbreak.