Trump is failing at defeating the 'invisible enemy'
Azhar Azam 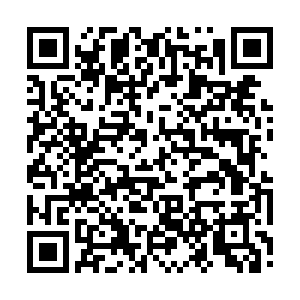 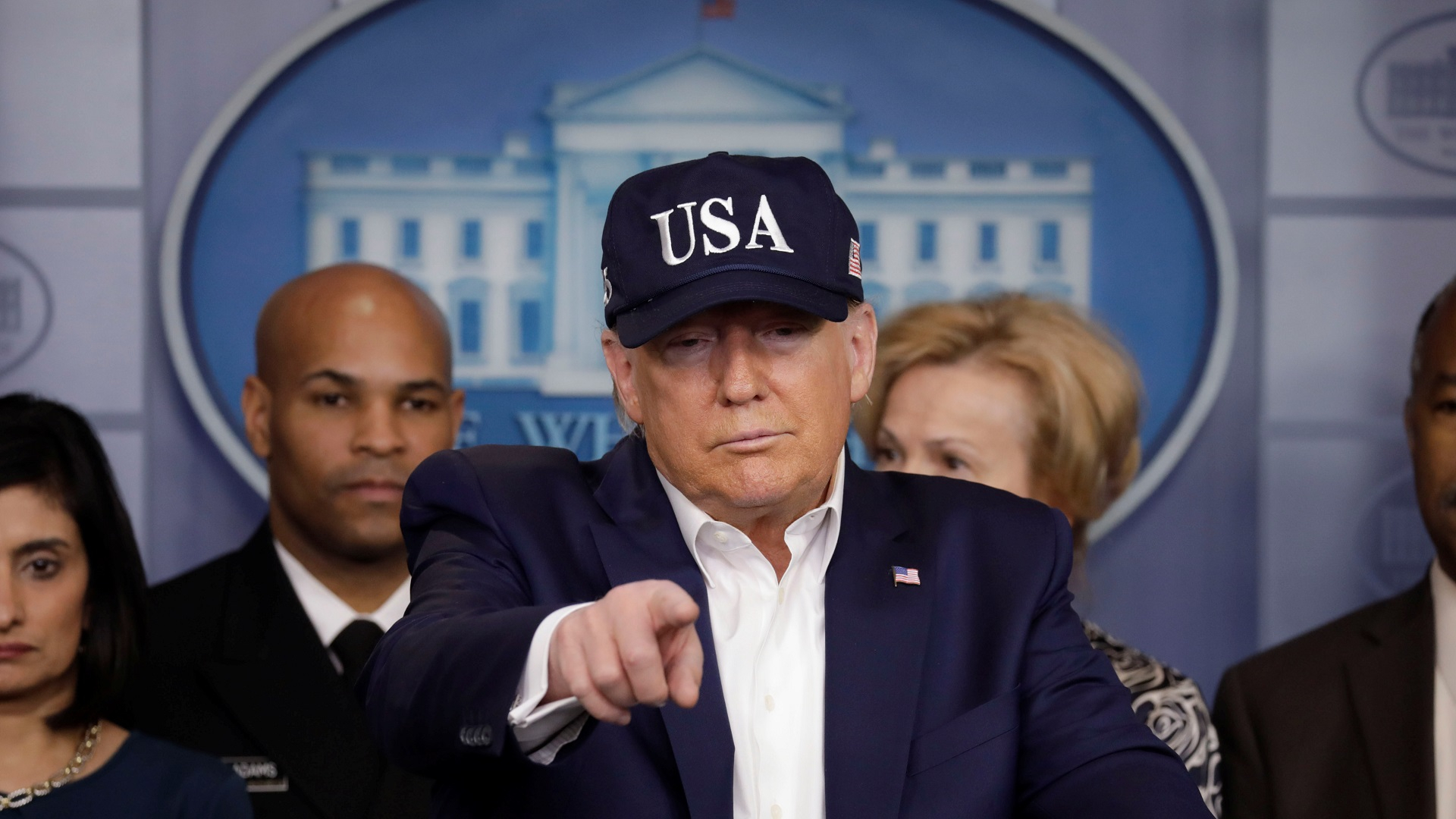 Despite the spread of COVID-19 within the U.S., President Donald Trump has fired off a series of tweets characterizing the disease as the "Chinese Virus."

He defended his repeated use of the phrase as a comeback to the Chinese Foreign Ministry spokesperson's comments about the probable U.S. soldier's involvement in the spread of the virus. However, the snippy change in Trump's behavior toward Beijing emanated after his failure to preempt the lethal fallout of the coronavirus in the U.S. Indeed, since the onset of the COVID-19 crisis, his role has been lethargic.

Trump initially claimed that the coronavirus was "under control" and "to be down to close to zero" in the U.S. Just over a week earlier, he quoted the surgeon general as saying that "the risk is low to the average American." At the same time, he boasted about creating over 350,000 jobs and largely relied upon the divisive travel ban measures imposed on China and Europe.

Efforts by the White House officials to link the coronavirus outbreak with China are deliberate in a bid to stoke tensions with Beijing and distract the focus of the ordinary Americans from their blunders. In such an attempt, Trump misled the nation stating in his unusual Oval Office address that his early intense travel restrictions, which the European Union failed to take, prevented the COVID-19 to prevail in the U.S.

He made outlandish declaration, knowing that the World Health Organization (WHO) had warned that such gauges are not usually effective in precluding the importation of epidemic cases, but may have significant economic and social impact. So, the only major step Trump took was expected to do more harm than good for Americans and the U.S. economy. And it did. 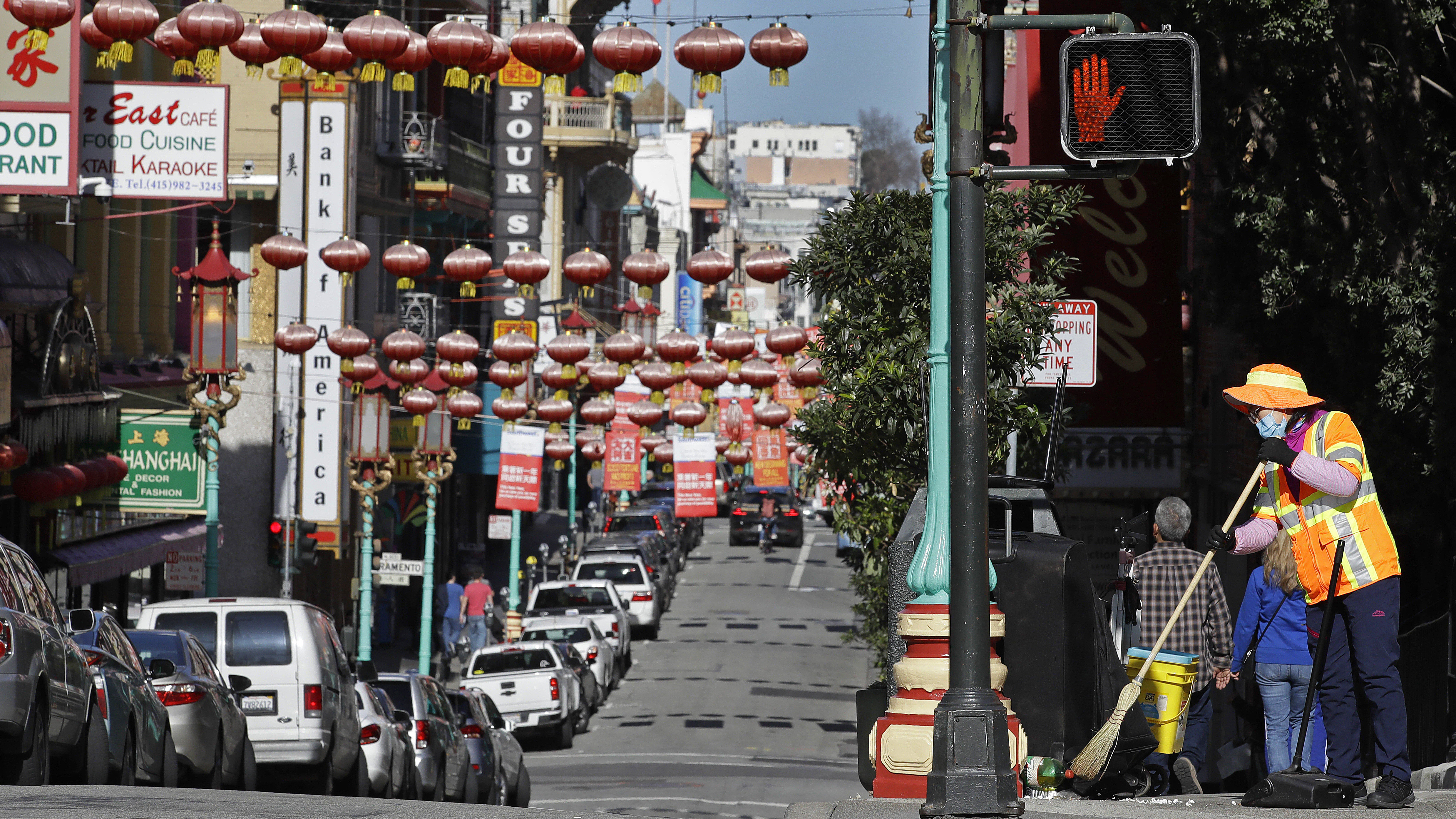 The president's dramatic announcement to impose travel ban on Europe roiled the airports into a mess, tanked the stock markets and stunned the lawmakers on both sides of the Atlantic. The move infuriated the public health experts inside and outside of the U.S., who slammed the decision, underscoring that the tact can theoretically just delay the spread of the disease and could work strategically only if combined with containment measures.

Trump, therefore, only has himself to blame for the tumble in airlines and other industries which he thought was affected by the "Chinese Virus." It is the result of his hawkish advisers that the country's biggest airlines called on Washington for more than 50 billion dollars in aid to endure the financial losses – which in fact suffered less from the pandemic and more from his slapdash decisions.

After a prolonged reticence over the prevalence of the illness and playing down the threat of the coronavirus in the U.S., Trump has finally realized that the COVID-19 "is a pandemic" and he always knew "this is a real." However, in forcing him to understand the sensitivity of the situation and respond to it, the disease has infected more than 7,000 Americans and killed more than 100. 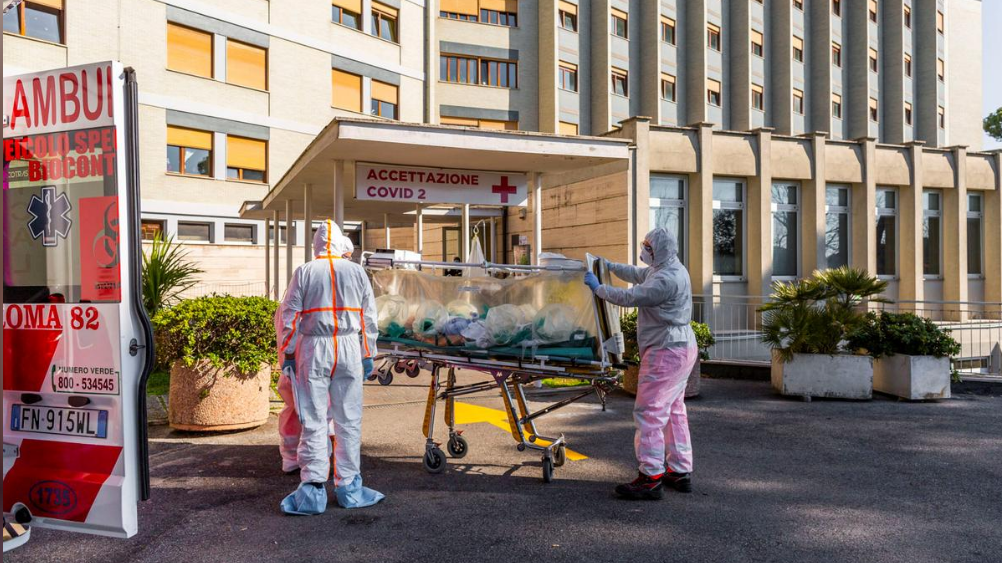 Unlike the U.S., many regions and countries in Europe have entered different versions of lockdown. The picture shows a coronavirus patient arrives on a stretcher at the Columbus COVID Hospital, which has been assigned as one of the new coronavirus treatment hospitals in Rome, Italy, March 16, 2020. /Reuters

Unlike the U.S., many regions and countries in Europe have entered different versions of lockdown. The picture shows a coronavirus patient arrives on a stretcher at the Columbus COVID Hospital, which has been assigned as one of the new coronavirus treatment hospitals in Rome, Italy, March 16, 2020. /Reuters

In the grim nationwide circumstances, the U.S. needs to implement lockdown and quarantine methods to safeguard the life and health of Americans. But following China, about whom the U.S. congressmen and media have been criticized until recently, would be extremely embarrassing for the Trump administration.

Though the U.S. National Security Council on Monday denied the reports that there is going to be a "national lockdown" and the country was about to put in a mandatory two-week quarantine, Trump's advice to the U.S. citizens not to travel, stay home for the most part and "enjoy their living room" was nothing else but a suggestion to the people to voluntarily keep themselves in lockdown and quarantine.

While his guidance implicitly backed Chinese measures in controlling the spread of the virus, Trump's information on the disease and way of tackling COVID-19 is steadily losing the trust of his compatriots who believe that their federal government was not taking sufficient steps to combat this public health crisis.

A NPR/PBS NewsHour/Marist poll released on Tuesday showed that 70 percent of the Americans in March were concerned or very concerned about the increase of coronavirus in their community. An overwhelming majority of 60 percent weren't very much or not at all satisfied with the information they heard about coronavirus from President Trump.

Instead of preparing the nation for the rising threats of coronavirus and taking effective preventive measures, the White House officials wasted several weeks criticizing China or looking at the ways to count on its health crisis. Now with the dangers roaming on his skull, Trump acknowledges "We have an invisible enemy" that "is a very bad one."

And it is bad.