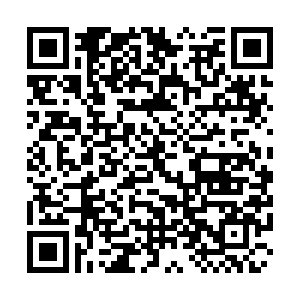 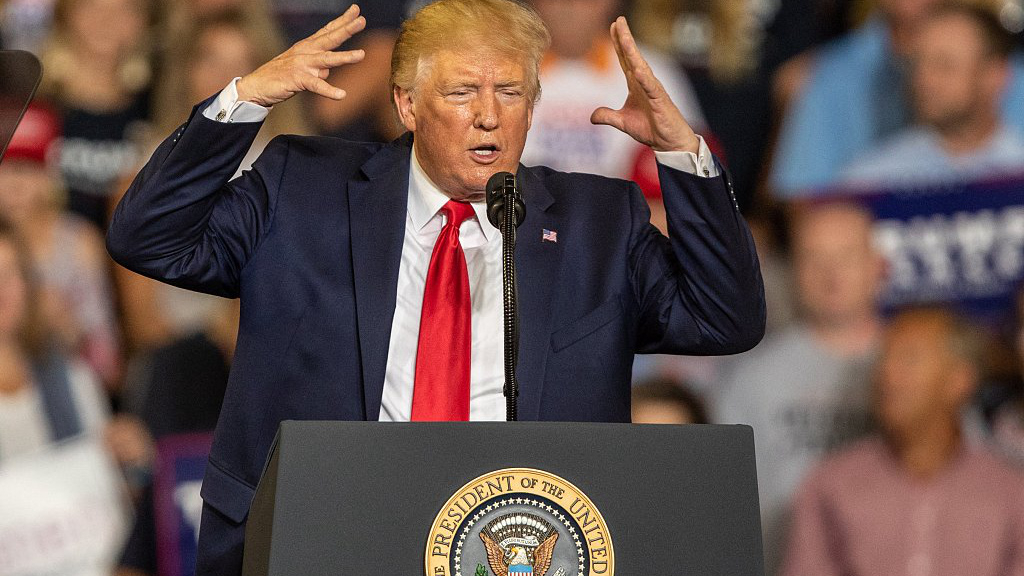 A few weeks ago, President Donald Trump praised China's leader Xi Jinping over the country's handling of the COVID-19 outbreak and wished the country well. Yet now, the White House frequently refers to what it describes as the "Chinese virus" as a catchphrase again, again and again. What changed?

From Americans simply observing events in China as it battled the virus, the United States is now suffering itself. It has over 7,000 cases, and the number rapidly rising. The toll on its economy is likely to be catastrophic, with a many economists predicting a recession. Not surprisingly, it is convenient and politically profitable to start piling the blame on Beijing.

Trump is using this term to deflect from his own failures. Blaming a foreign adversary for your own country's woes is a long proven and manipulative nationalist tactic which deflects anger and resentment away from the true source of the blame. In reality, China is not responsible for the mistakes made by the White House, which is now seeing the crisis exacerbate in the country. They had two months to prepare, yet the country still lacks sufficient testing equipment, respirators and other crucial supplies, while throughout that time the president continued to deny and play down its potential impact.

Scapegoating a foreign enemy for one's national situation is a tactic which has been tried, tested and weaponized throughout history, often with disastrous consequences. In times of economic turmoil and decline, leaders and aspiring leaders have often utilized the rhetoric of nationalism to develop political capital and shift political accountability onto a target group or nation, whipping up anger and hatred by a frustrated populace. 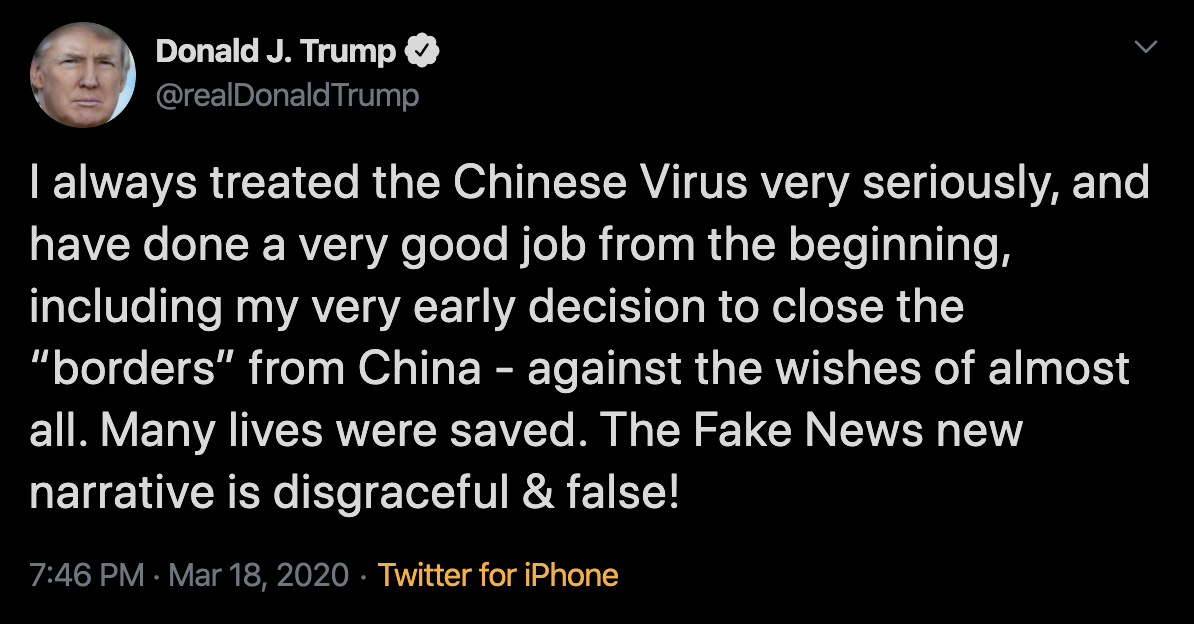 Today, it is the same with the Trump administration. Facing re-election, the COVID-19 outbreak has weakened the president's prospects by taking a heavy toll on the U.S economy. It has crashed stock markets, something he attributed as a sign of his success. In doing so and facing growing domestic criticism from democrats, Trump sees a political opportunity in deflecting all the blame for the worsening situation in America to China, thus stoking up hatred towards Beijing for his political advantage.

But of course, is it China's fault? Some Americans are following this rhetoric and saying it is. But evidence doesn't support this. First of all, the U.S. had two months to watch the situation within China. It assumed that its own political system made it invulnerable and this was merely Beijing's failure. During that time, the White House made no contingencies. They did not make sufficient preparation for any tests. They did not acquire reserves of American equipment. And nor did they initiate the necessary emergency laws. Instead, the president took an open path of denial. He dismissed the virus as a "hoax," he repeatedly said it was "contained" and otherwise played it down.

This lack of preparations caught Trump off guard. Now, he misleadingly claims he "knew it was a pandemic all along" despite his earlier statements. Even as of now, the American testing capability is still sluggish compared to other countries, and the Wall Street Journal is reporting that his trade war tariffs are actually making it harder for critical equipment to be obtained. In this case, the blame is pointed towards him, not China. Offloading the blame onto another country is not leadership, it is a political game.

Given this, the term "Chinese Virus" is unhelpful because it creates a binary and zero-sum value of the situation which argues that Beijing is somehow responsible for the failures enacted by American politicians who stood still for months despite failing to take the opportunity to prepare for this crisis. The president is actively whipping up hatred and scapegoating an entire country to score political points. We shouldn't buy into this rhetoric. Instead, we must judge Trump on his own actions and responses in these circumstances, and they don't look very promising.