What works against the virus?
Zoom In with Zou Yue 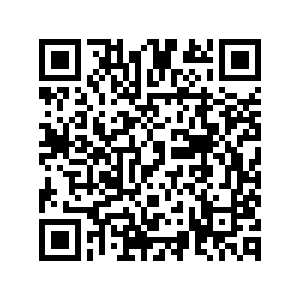 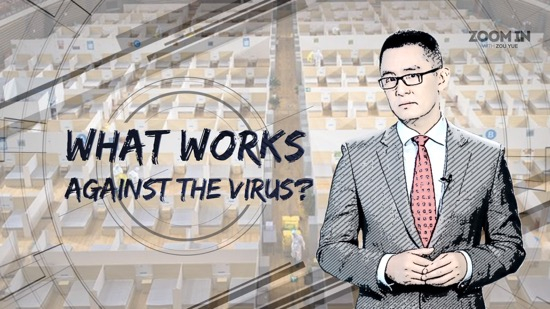 Editor's note: March 19 marked the first time that China has recorded zero new domestic cases of COVID-19 since the country implemented strict and sweeping quarantine measures to contain the spread of the virus. Decisive measures bring China one step closer to the end of the battle against the new coronavirus. Meanwhile, every country is now testing its own approach to beat this common enemy.

Sober up, Covid-19 respects no national borders, no social bounds, no political systems and no cultural values. It hits us just as hard. It levels the world.

Facing the pandemic, it is not what happened matters, it is how we respond.

For almost a month it infected thousands in Wuhan in a day, and every hospital bed was occupied, now empty beds and closed wards in the city. How did China make it?

It is nothing new, but it is worthy to know.

According to an initial WHO report, an infected person appears to spread it to an average of 2.6 people. After 10 generations of transmission, with each taking five or six days, that one initial case has spawned 3,500 in matter of days. And that is what the world is seeing.

What China did is to break the cycle by human intervention, the scale unprecedented in history. "Extreme", "draconian" and "aggressive", these are the words used to describe China's response. Now people have come to terms with the new norm: lockdown.

Some people say, isn't that a violation of individual rights? Actually the balance between individual rights and public safety is always an ever-changing equation. After 9/11, all the airports in the world began to impose draconian safety checks on passengers and people accepted it because we traded a little of our freedom for the greater good of the public.

China imposed the largest and most draconian quarantine in history. Factories shut, public transport stopped and people stayed indoors. By doing that, it flattened the curve, on one hand China avoided many millions of cases and tens of thousands of deaths. On the other, it stretched out the time and make the hospitals restaffed and less strained. This is exactly what Europe and America should know.

But public policy needs both ends to agree, the decision makers and the decision takers. Quarantine is indeed extreme and extremely restrictive. It needs the people in lockdown to be honest and cooperative. I think what the people of Wuhan did was exceptional. They had the courage, tenacity and resilience to stay housebound for days, weeks and months. Most viewed the quarantine as a civic duty. And that is why it worked.

Public health methods are universal. They either work or they don't. We are all human beings. Our epidemiology is the same, but we have different economies, demographics and sociologies. Facing a global pandemic, every nation needs a new contract signed between its politicians, businesses and the public.

Desperate times ask desperate measures. This is a desperate time. And we should not put politics ahead of public health, now more than ever.  The new coronavirus has been claimed by ideologues. Donald Trump said it justified tighter border control, Bernie Sanders linked it to free healthcare. In Britain, the health officials prefer a soft-handed approach while in Singapore every infection case is followed and dealt with. Bit by bit, every country is testing its methods through trial and error. Some paid a high price and some set a high bar.

We should all move ahead with humility, there is no decision without trade-offs, and most of all: there is nothing without skin in the game. And now the whole world has learnt or is learning to play.