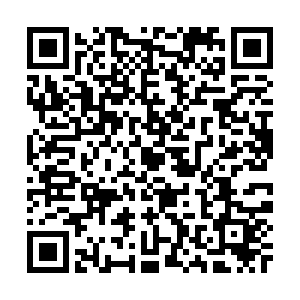 Editor's Note: On March 12, 2020, the World Health Organization declared COVID-19 a pandemic, and as of Thursday, about 160 countries have confirmed over 240,000 cases. On CGTN's live program "COVID-19 Frontline," we invited medical workers and experts from China's epicenter Wuhan and from all over the world to share their experiences and take questions from social media, in the hope of providing more information for those who are battling against the pandemic. 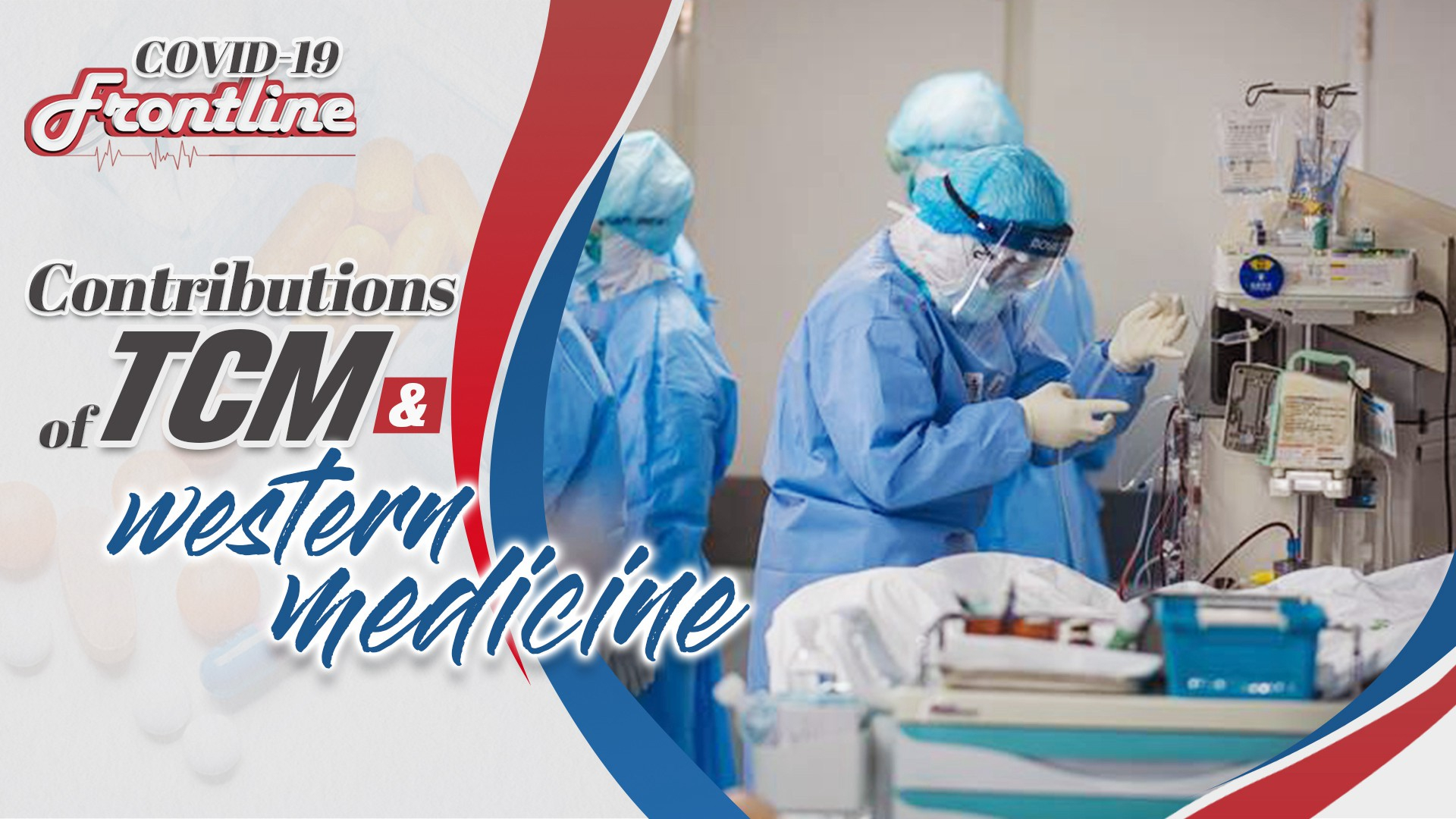 On the front line in Wuhan City, about 42,000 medical workers from across China were battling COVID-19 and saving lives before the situation became better. Among them, there were doctors and experts from both Traditional Chinese Medicine (TCM) and western medicine.

During a live program on Wednesday and Thursday, CGTN invited these doctors and experts to share their experience with their peers from around the world.

Role of TCM in prevention and symptom relief 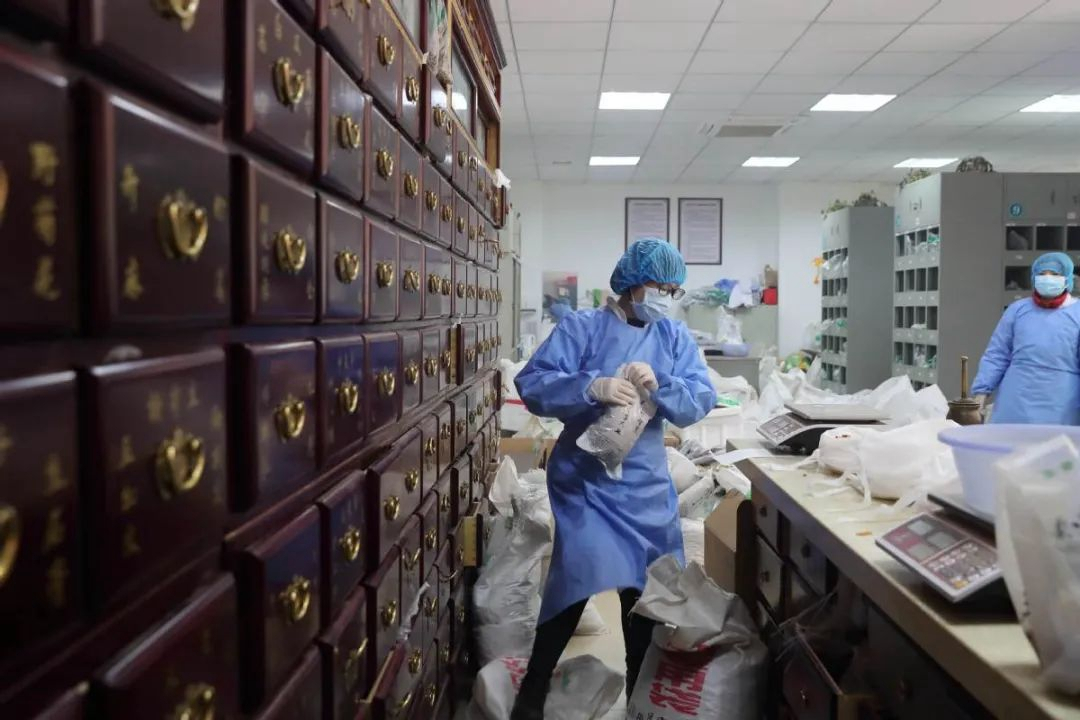 Zhang Boli, academician of Chinese Academy of Engineering, as well as a renowned TCM expert, introduced the three drugs and three formulas that proved effective in preventing and treating COVID-19.

According to Zhang, there were about 4,000 medical workers on the front line in Wuhan, and they participated in the treatment of 92.6 percent of the patients.

Three types of existing TCM products were proved helpful in either easing the symptoms of the mild patients or in preventing patients from deteriorating into critical conditions. 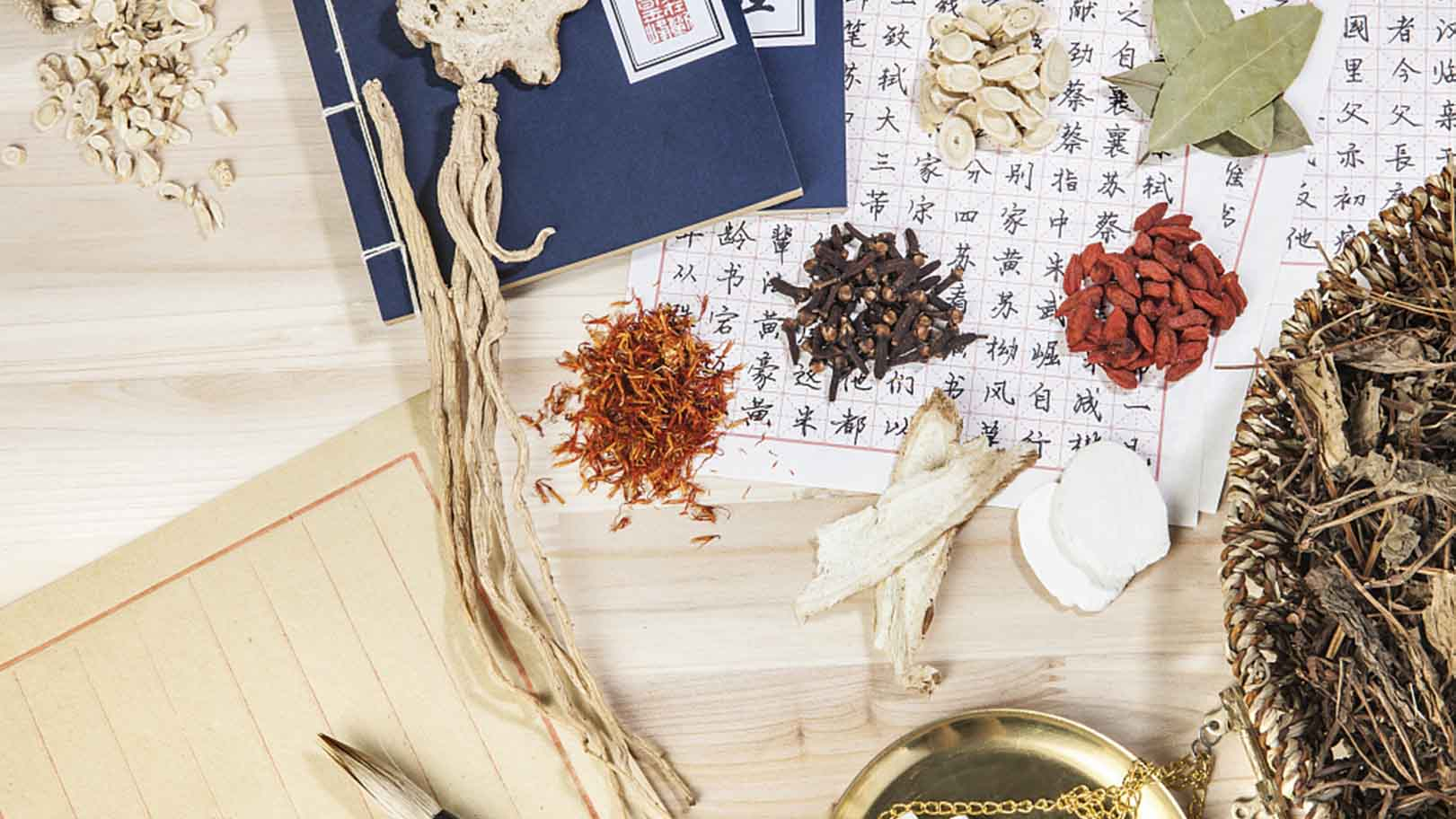 Jinhua Qinggan Granule, developed in 2009 for treating H1N1 influenza, and Lianhua Qingwen Capsule, were widely used for patients with mild symptoms. While Xuebijing Injection, developed in 2003 for treating sepsis during the outbreak of SARS, is effective in suppressing systemic inflammatory response syndrome induced by infection while used to treat critically ill patients. It also helps in repairing organ function, preventing cytokine storm and preventing excessive coagulation and the formation of thrombus.

There are also three new formulas developed by TCM doctors and experts in treating the COVID-19, including Lung Cleansing and Detoxifying Decoction, Huashibaidu Formula and Xuanfeibaidu Granule. 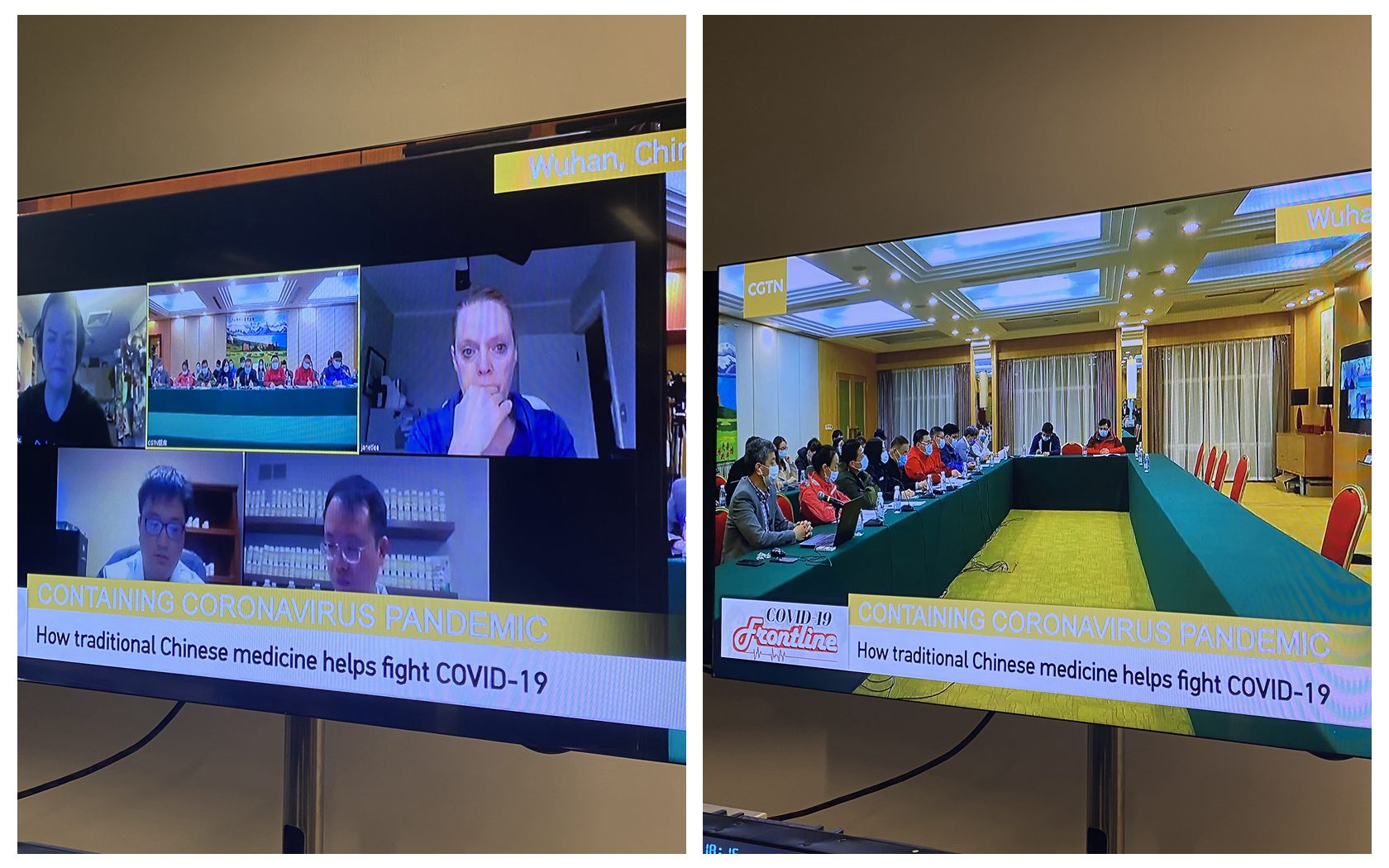 The first formula was recommended by the National Health Commission as well. It contains 21 herbal components and was developed and improved on several classic recipes from Zhang Zhongjing, one of the most renowned TCM gurus in the Chinese history who lived during the East Han Dynasty (25 AD – 220 AD). Those recipes have been used to treat symptoms of fever, cough and fatigue for thousands of years.

The combination of TCM and the western medicine characterized the treatment of COVID-19 by Chinese medical workers. The ancient medicines documented for centuries have once again proved its value in saving life.

For western medicine: the importance of PPE, testing and ICU

While answering questions by Doctor Nikhil Bhayani, an infectious disease specialist from the U.S., Fang said that personal prevention equipment (PPE) is very important in preventing the medical workers from contracting the disease.

He mentioned that none of the 42,000 medical worker who went to Wuhan for emergency rescue was infected. All the medical staff infected were during the initial stage of the COVID-19 outbreak, when it remained completely unknown to the medical staff. 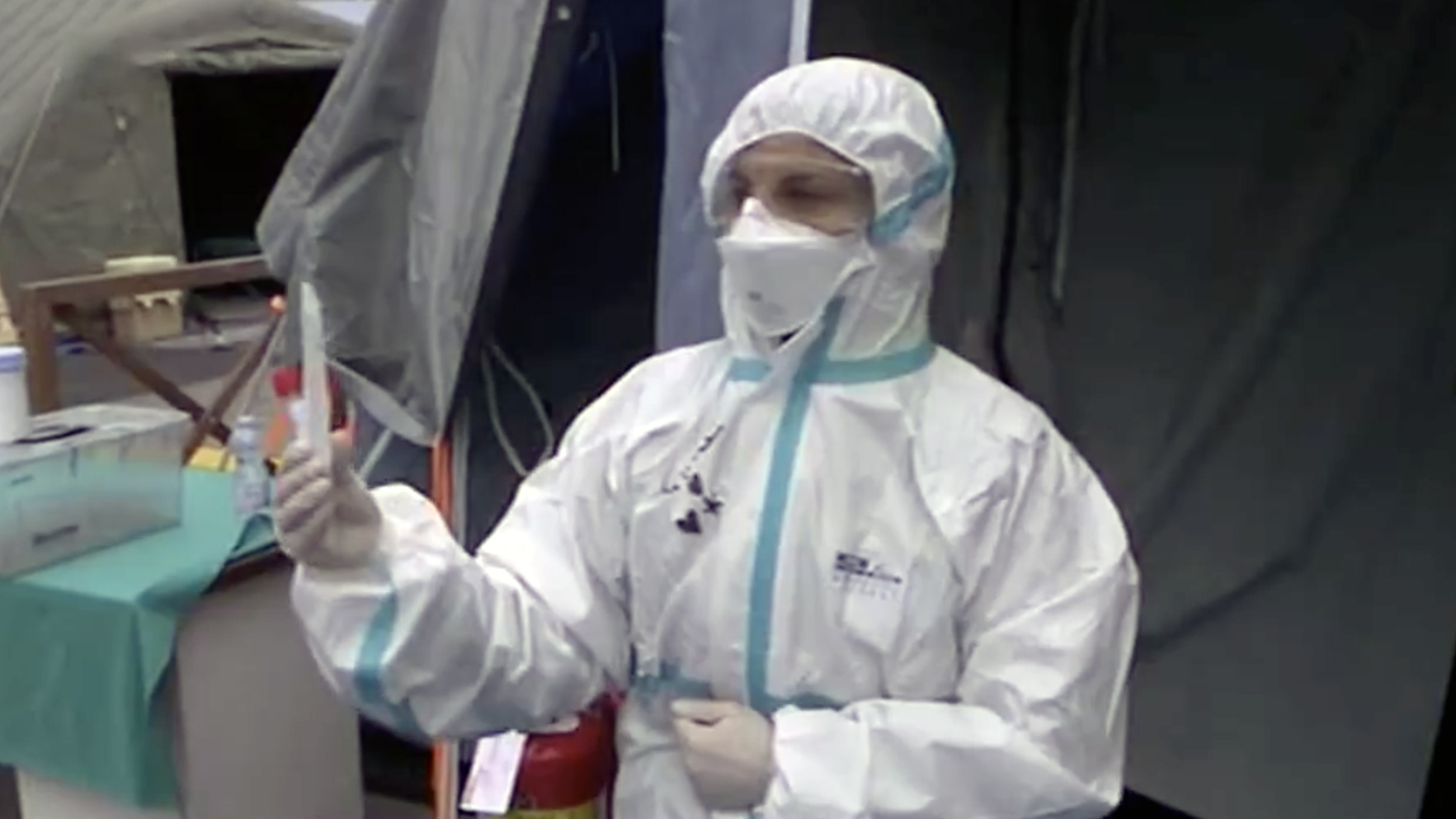 All the Chinese medical staff working in the ICU will have to put on PPE and N95 masks, he said. There is no time to test whether surgical masks could do the same, Fang said, but he still strongly recommended that medical staff should put on the best protection gears possible while treating patients.

Xie Jing, who has been working in Wuhan for around 50 days, said that so far the Chinese medical workers have come up with a four-factor discharge criteria: The temperature of the patient has to remain normal for three consecutive days; there must be significant recovery in the patient’s respiratory symptoms; improvements in the CT scan and negative result of two nucleic acid tests performed with at least a 24-hour interval. 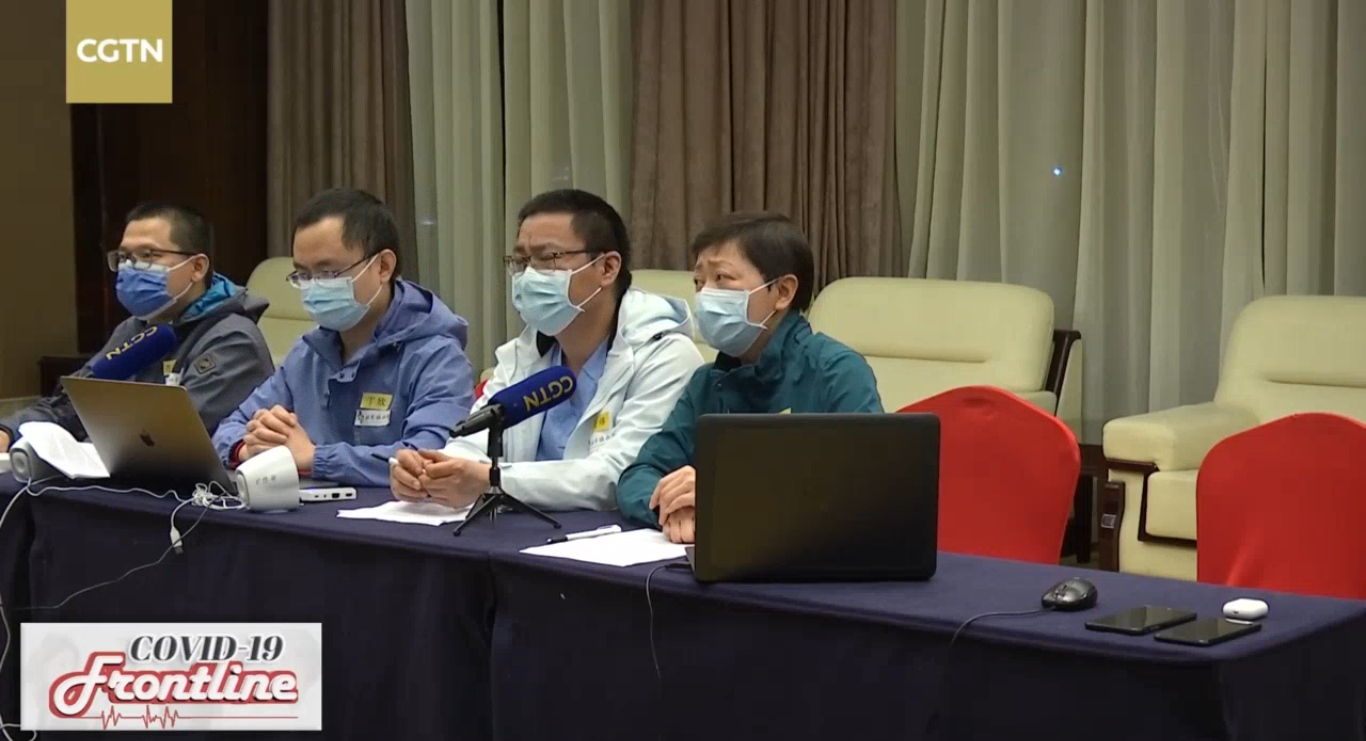 Doctors working on the front line in Wuhan are sharing experience with global peers. /CGTN

Doctors working on the front line in Wuhan are sharing experience with global peers. /CGTN

Doctor Fang added that after the discharge, recovered patients have to stay in module hospitals transformed from gyms for at least two weeks, and there will be antibody tests for them before they're released to go home.

While answering questions from Doctor Piotr Kramar from deputy head of Unit Disease Programmes of the European Center for Disease Control, Fang shared how they have expanded ICU facilities in Wuhan.

As the confirmed cases surge, Europe has been faced with the lack of ICU wards, which was faced by the Chinese doctors at the initial phase of the COVID-19 outbreak. Fang said that China moved 10 percent of the whole country’s ICU doctors to Wuhan City, and built many new wards there. For instance, the ICU wards in a newly built hospital was fully taken care of by doctors from Beijing.

He reminded Doctor Kramar that it is important to get prepared as early as possible.

The Chinese doctors also answered questions about how different ways of treatment were used during their treatment, and each of their performances, such as the enzyme treatment, thyroid treatment, ACE inhibitor and mechanical ventilation.