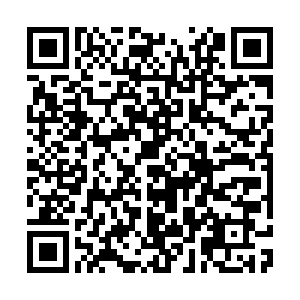 The Cannes film festival, the world's largest of its kind, will not take place as planned in May because of the coronavirus, its board said Thursday, with its directors looking at postponing it until late June.

While a slew of other major entertainment events, including the Eurovision Song Contest, have fallen victim to COVID-19, the world's biggest film festival has been bullish about its chances of survival.

Director Thierry Fremaux said last week that you "cannot look at May through the lens of March."

But the Cannes board conceded Thursday that in the light of the severity of the pandemic they were now looking at rescheduling the 12-day festival, which was due to start on May 12, until "the end of June-beginning of July."

Several other smaller film festivals, including Tribeca, SXSW and Edinburgh have already been cancelled or put back.

Doubts still remain though about whether Cannes will be able to go ahead, with film shoots halted or called off across the world.

The board said postponement was the main one of "several options" it was looking at.

The festival's president Pierre Lescure said last week that despite its proximity to the fierce Italian coronavirus outbreak, he was hopeful that Hollywood big hitters would still come.

"We remain reasonably optimistic hoping that the peak of the epidemic will be at the end of March and that we can breath more freely in April," he told the French daily Le Figaro.

Variety had earlier revealed that the festival had turned down a chance to take out insurance against epidemics.

But Lescure said the coverage being offering was "peanuts" compared to the 32 million-euro (36 million U.S. dollars) cost of the festival, which draws more than 40,000 people movers and shakers to the Mediterranean town.

"We have (financial) reserves," he added. "The funds we have put in place allow up to face up a year without revenue."

Cannes is still due to announce its line-up next month and the board said that it would make its decision about whether to go ahead or not "in accordance with our ongoing consultation with the French government, Cannes city hall" and the film industry.

Director Spike Lee is to head the jury, the first person of black African heritage to do so.

Applications for accreditation for the festival were up 10 percent from last year before the coronavirus crisis, officials said.

It is not the first time the festival has been delayed. In 1939, the first year the festival was intended to be held, the event was cut short after its opening due to the outbreak of World War II. The festival officially started in 1946 after the war ended.

The French government banned gatherings of more than 1,000 people on March 8, and put its 67 million people under lockdown on Tuesday, as the coronavirus continued to spread in the country and Europe.

The number of confirmed cases has risen to 10,995 with 372 deaths in France on Thursday.