China says it has not received epidemic funding from U.S. government
CGTN 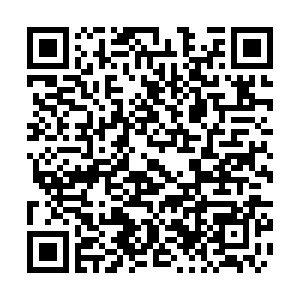 China on Friday said it has not received epidemic funding from the U.S. government over a month after Washington pledged 100 million U.S. dollars to coronavirus-hit countries.

"I don't know about other countries. But I can clearly let you know, China has never received any type of financial aid and assistance from the U.S. government since the outbreak started," said Geng Shuang, a spokesperson for the Chinese Ministry of Foreign Affairs.

On February 7, the U.S. Secretary of State Mike Pompeo said in a statement that the country would offer up to 100 million U.S. dollars to China and other impacted countries to combat the fast-spreading virus.

"This commitment – along with the hundreds of millions generously donated by the American private sector – demonstrates strong U.S. leadership in response to the outbreak," the U.S. official said in the statement, adding that the assistance would be sent either directly or through multilateral organizations.

U.S. commits up to $100 mln to China, other countries to fight coronavirus

Beijing said it doesn't need the money any more with the country's confirmed cases significantly dropping in recent days, and hoped Washington could keep its promise and give the money to those who might need it now.

Geng also expressed appreciation to U.S. companies, organizations and individuals that have offered generous help during China's hard times. "Many Chinese, in return, have extended their assistance, as the epidemic situation worsens in the U.S."

Tensions between Beijing and Washington have risen drastically amid the new coronavirus pandemic. One flashpoint has been the origin of the deadly virus, with U.S. President Donald Trump and other White House officials referring to the new coronavirus as the"Chinese virus" despite widespread discrimination cases against Asians and those of Asian descent around the world.

U.S. National Security Advisor Robert O'Brien went even further, accusing the Chinese government of "covering up" the outbreak resulting in "delaying global response." Others have accused China of not "sharing important information."

Jan. 3: China starts to notify the U.S. on the latest epidemic situation in the country and the measures it is taking in combating the virus.

Jan. 4: Chinese and U.S. officials from the countries' epidemic control centers talk on the situation via phone calls.

Jan. 25: Trump tweets hailing China's efforts in containing the virus and says he "appreciates their (China's) efforts and transparency."

Jan. 27: Chinese and U.S. officials from national health departments talk on the situation via phone calls.

Feb. 7: Chinese and U.S. presidents talk on the situation via phone calls, in which the U.S. leader spoke highly of China's containment work in epidemic prevention.

Feb. 8: Chinese and U.S. officials from their health departments talk again regarding the schedule of China-WHO Joint Mission advance team on COVID-19.

Feb. 16-24: The China-WHO Joint Mission advance team, with two American experts included, are on a 9-day in-depth inspection regarding epidemic control work. At the end, they praised China's actions against the virus.

Mar. 12: Officials from China's embassy in the U.S. attend a meeting on China's experience against COVID-19.

Mar. 13: Trump tells reporters that the data China has shared has helped the U.S. in confronting the epidemic.