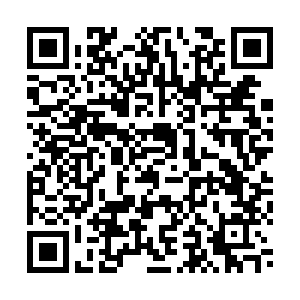 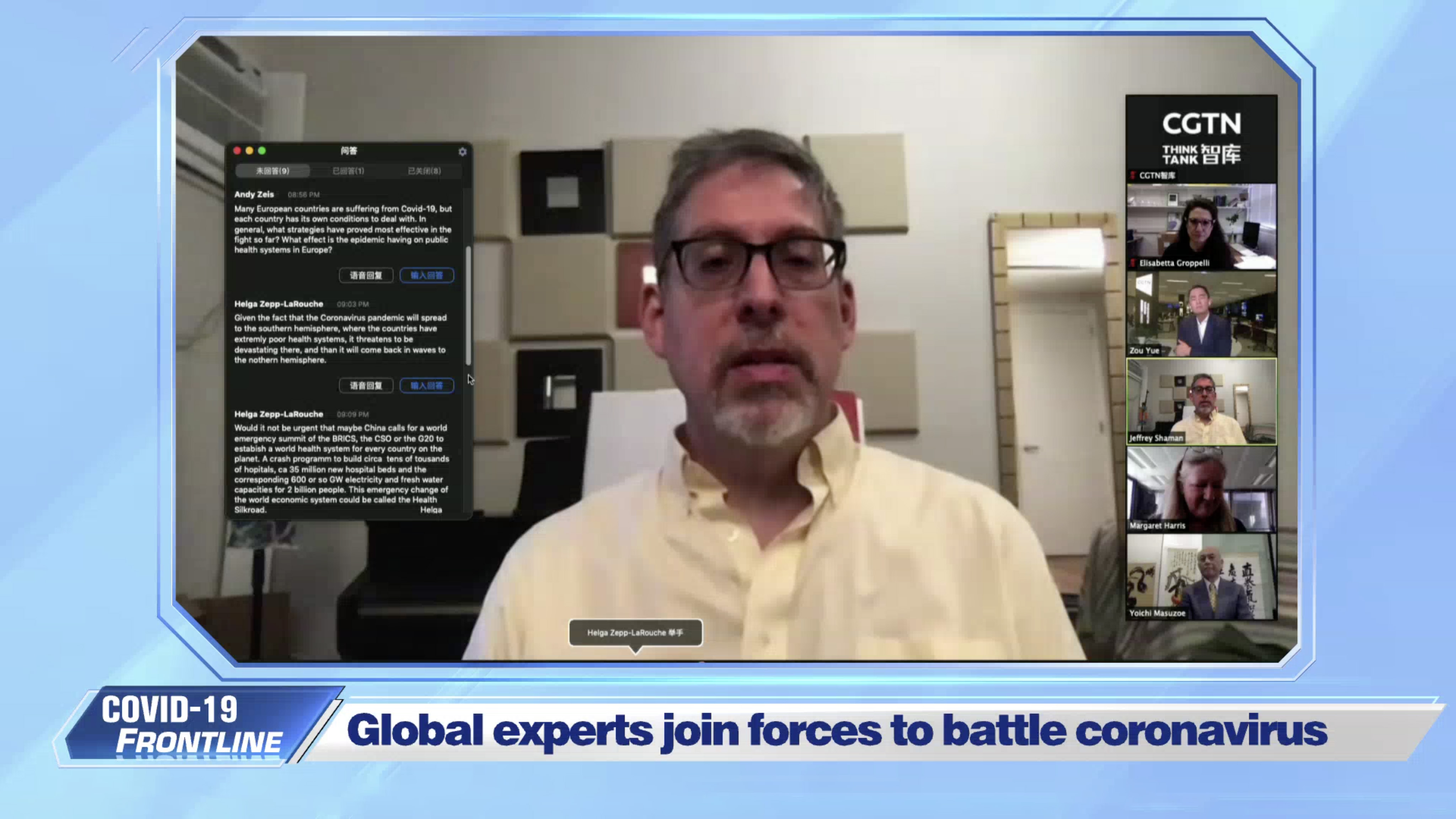 As part of its ongoing coverage of the evolving global COVID-19 outbreak, CGTN ThinkTank gathered an audience of 92 international, scholars, experts and researchers to watch seven international health experts discuss the latest developments in an online forum on Friday night.

The forum began with a five-minute presentation by each participant. Topics touched on different aspects of the outbreak, from evidence of the efficacy of Traditional Chinese Medicine in curtailing progression of the disease and a first-hand account of the results from Wuhan, to the importance of expert help in determining the correct political response to an outbreak and the search for a vaccine. This was followed by questions from the moderator, and a short Q&A session responding to questions from the audience.

A number of the panelists dwelt on the ways that different countries have responded to the emergency, with several mentioning their appreciation of the way China and other Asian nations have tackled the crisis and in particular, the uncompromising controls on the movement of people, which were implemented in China after January 23.

Elisabetta Gropelli, a lecturer in global health at the Institute for Infection and Immunity at London's St. George's University Hospital, focused on the approaches taken in the UK and Italy. Citing the example of Italy, she explained that the massive increase in demand has overwhelmed a number of countries, and this is why although some countries have opted for widespread testing, such as South Korea, others have opted to test only those presenting severe symptoms, a policy now being pursued in the UK. Nevertheless, Gropelli concluded that testing is crucial to fighting the virus. Quoting WHO Chief Dr. Tedros Adhanom Ghebreyesus, she urged countries to "test, test, test."

In what appeared to be a veiled reference to the policy pursued in the United States, Jeffrey Shaman, infectious disease epidemiologist and professor of environmental health sciences at New York's Columbia University, picked up on Gropelli's comments and talked of the different approaches being taken around the world as an unfortunate kind of "natural experiment," adding that while some were pursuing aggressive measures to try to control the spread, others appeared to be in denial and weren't even encouraging testing.

"We're going to see in hindsight, unfortunately, what were the effective approaches in dealing with this virus and how well it paid off to be aggressive and how aggressive one needs to be," he said, "because obviously, when you impose these kinds of control measures, there are economic costs, there are psychological and emotional costs and there are risks associated with the disruption that happens with isolation, quarantine, social distancing and the closing of businesses, and normal activity."

Inevitably, talk shifted to the issue of finding a cure. Johan Neyts, professor of virology at Belgium's University of Leuven, whose lab is focused on the development of vaccines and antivirals for the coronavirus and several other virus families, explained that for now, there is no specific cure for COVID-19, and that any vaccine was at least 18 months from completion.

He suggested that in the interim, the best course was to explore which existing drugs might be able to help treat those already infected. Mentioning the Ebola treatment, remdesvir and the antimalarial, chloroquine as being of some use, he also indicated that not all leads would prove useful and by way of example, referenced the protease inhibitors used to treat HIV, initially thought to be promising, but not validated by the most recent clinical data.

Dr. Zhou Ning, a cardiologist at Wuhan's Tongji Hospital who has been working with COVID-19 patients in the hospital's ICU since February 10 also spoke of the difficulty of finding the correct treatment for patients, adding that his experience in the ICU appears to suggest that the use of steroids, in tandem with ventilators and expectorant treatment, is helpful in treating the most severely affected.

That knowledge has been hard-won. Faced with a then unknown disease, until physicians at Tongji were able to come up with a suitable response, mortality rates of the most severely affected patients – those unable to breathe on their own – were around 60 percent, before dropping sharply as the treatment was refined.

Inevitably, given the draconian nature of these measures, the first question from the audience was about how long the panel expected the outbreak would last. In her response, Harris made it clear that as far as the WHO was concerned, they were settling in for the long haul.

"We'd like to see it finish early, we've seen countries flatten curves, but I would not venture to put a time on it."

Echoing her comments, Shaman spoke about the need to come to terms with what he called the "new normal," explaining that the entire world would be required to make sacrifices and also, to work collectively.

As the forum's moderator Zou Yue said in his opening comments:

"It is now a battle not only facing one person, one city, or one country. It is a global battle facing all mankind. So we need to ratchet up our efforts, integrate our resources and share expertise around the world."

You can watch the full show here: CGTN Think Tank on the battle against COVID-19