China says 'not a penny' but a 'political virus' received from U.S.
CGTN 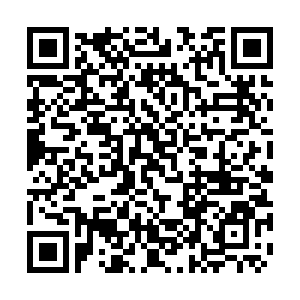 Chinese Foreign Ministry spokespeople have voiced their anger on Twitter, criticizing the U.S. for lying about financial aid and spreading a political virus amid the COVID-19 outbreak.

"U.S. officials said they offered 100 million U.S. dollars to China and other countries. We thank the American people for their kind help," spokesperson Hua Chunying wrote, "but as a matter of fact, we haven't received $1 from the U.S. government."

"By the way, has the U.S. paid its dues to WHO?" she questioned.

Another spokesperson, Zhao Lijian, echoed that China has not received "a penny" from the U.S. government. 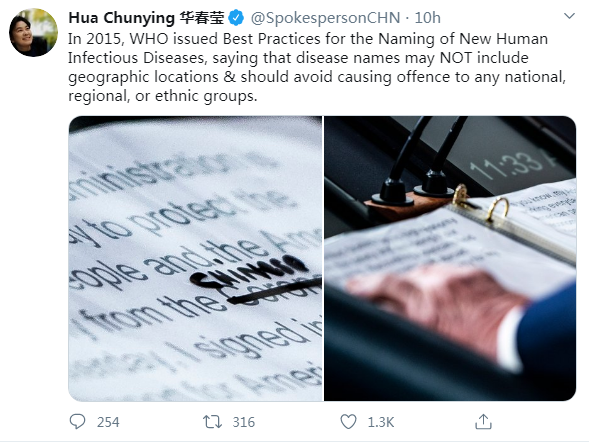 Hua also said that the U.S. government owes transparency and explanations to the American public for claiming that some COVID-19 cases are seasonal flu, and suggested that a WHO expert group should investigate this.

She further disputed the way in which some American politicians have referred to the novel coronavirus, stigmatizing China. She cited the Best Practices for the Naming of New Human Infectious Diseases released by the WHO in 2015.

"Disease names may NOT include geographic locations & should avoid causing offence to any national, regional, or ethnic groups," she stressed.

Zhao also said that a political virus is more harmful than the COVID-19.

"If someone claims that China's exports are toxic, then stop wearing China-made masks and protective gowns, or using China-exported ventilators. This way you will stay clear from the virus. Political virus is more terrible than #COVID19!" he wrote.

Meanwhile, the White House tweeted on Saturday saying that China, Russia, Iran, and other so-called bad actors around the world were spreading misinformation and lies about the coronavirus and undermining the U.S.'s efforts in fighting against the virus. 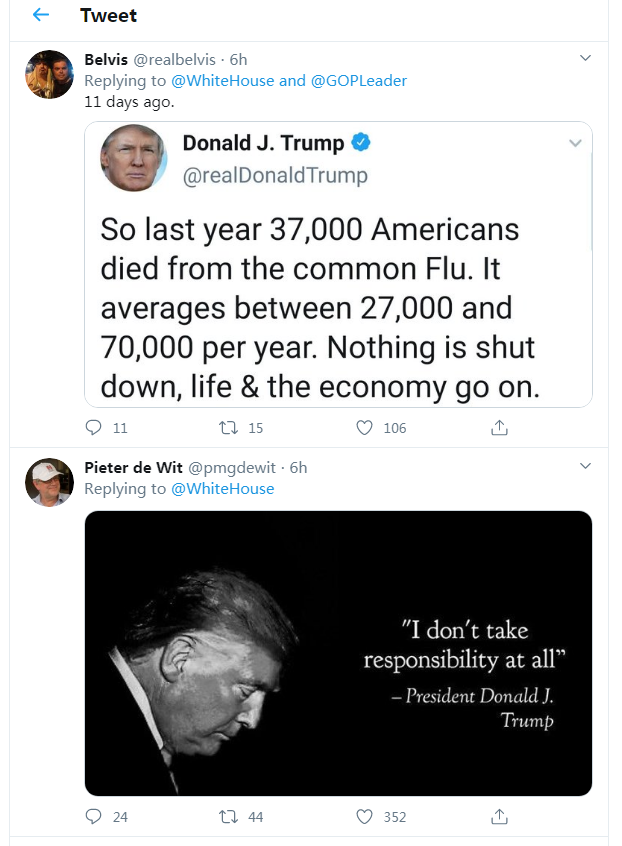 "Even worse when our own president spreads misinformation about the Coronavirus," one tweeted. Several others cited President Trump's inconsistency towards COVID-19.

How Donald Trump has changed his tune on coronavirus