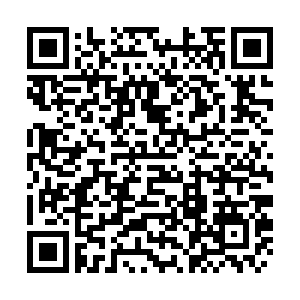 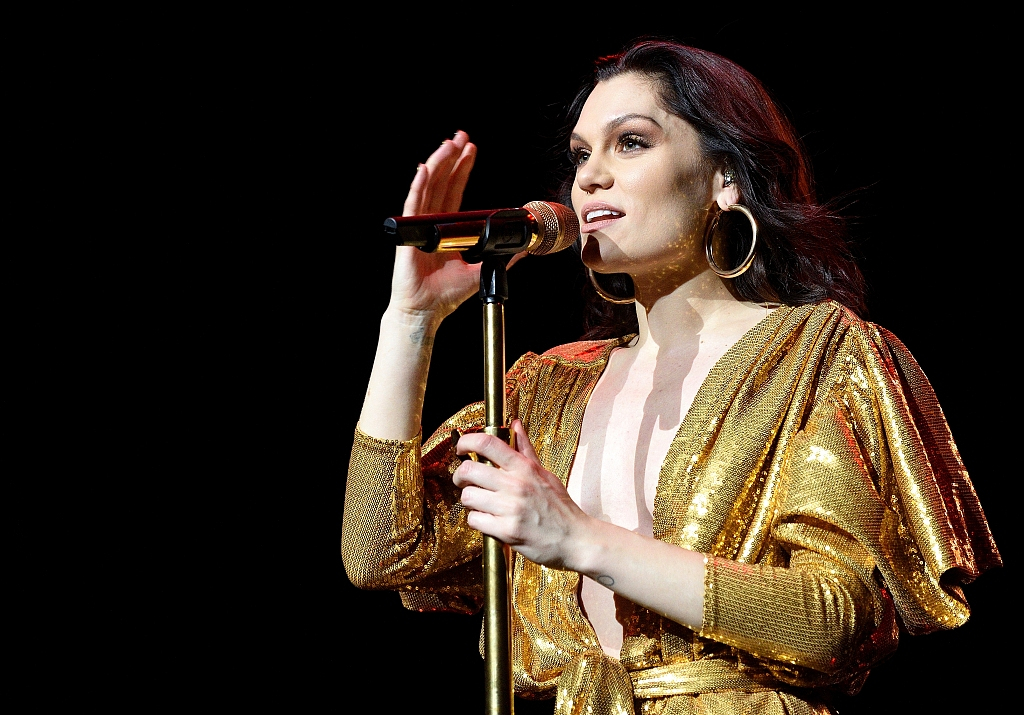 Jessie J performs on stage at The Royal Albert Hall on November 13, 2018 in London, England. /VCG

Jessie J performs on stage at The Royal Albert Hall on November 13, 2018 in London, England. /VCG

Celebrities around the world are taking to social media to call out coronavirus-related racism and urge people not to use misnomers that stigmatize Chinese people and Asians in general.

British singer Jessie J on Thursday used social media to raise awareness among her followers, saying, "The coronavirus is not 'Chinese virus'!"

Posting to her nine million followers on Instagram, she said "Xenophobia is not ok! To target and discriminate Asians is wrong!"

"Let's stop instilling more fear and hate. The world is struggling enough as it is. Please stop this!"

Instances of discrimination against Chinese people, Asians and those of Asian descent have been on the rise amid the coronavirus outbreak fueled by the use of sensational and wrong labels to refer to the virus and the disease it causes. U.S. President Donald Trump has been criticized this week for repeatedly calling the new coronavirus the "Chinese virus." 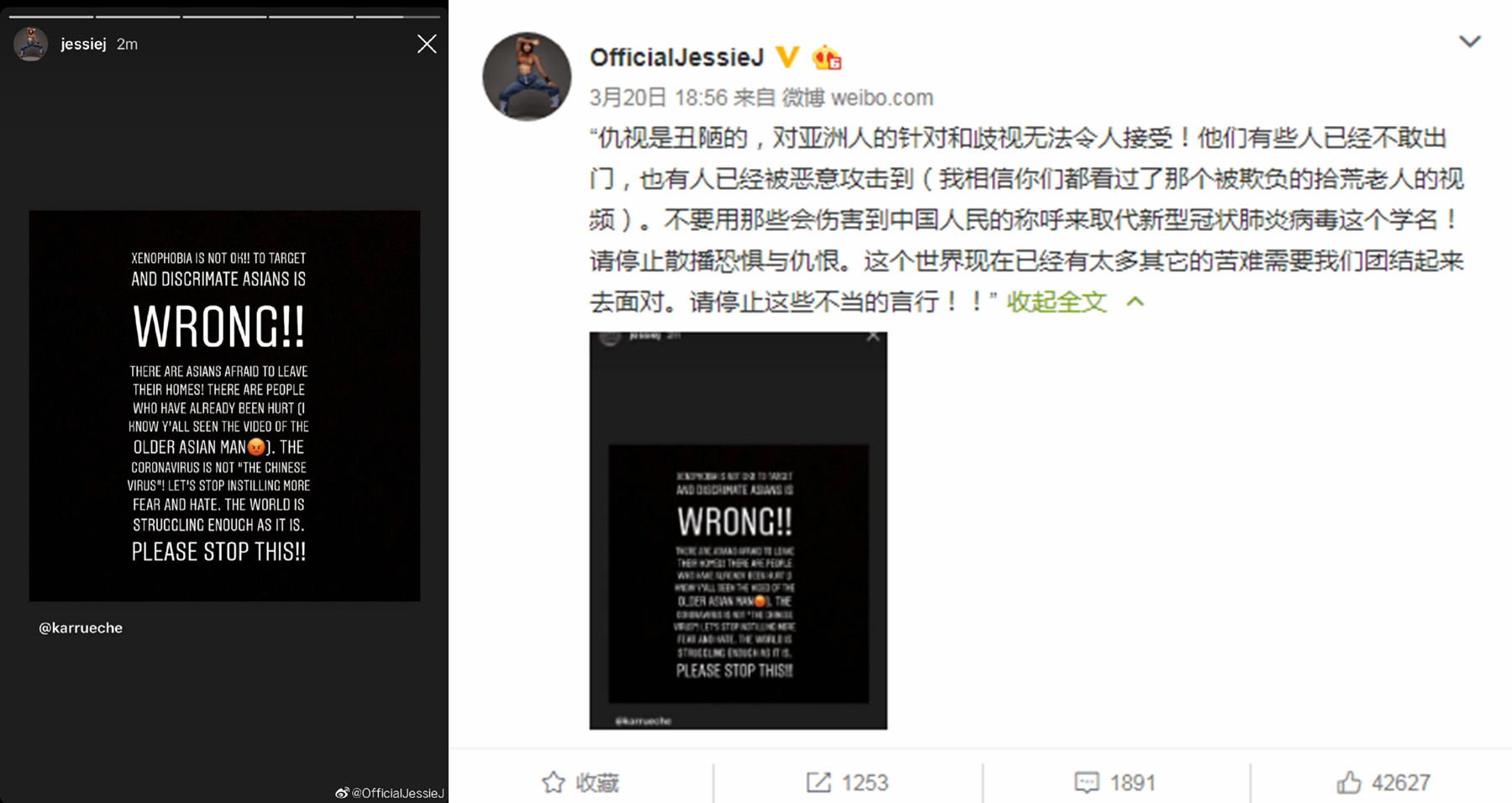 Screenshots of Jessie J's posts on Instagram and Weibo.

Screenshots of Jessie J's posts on Instagram and Weibo.

The judge on "The Voice UK" in 2018 is popular in China after taking part in a talent show in the country and winning the competition.

Trump slammed for his 'racist words' 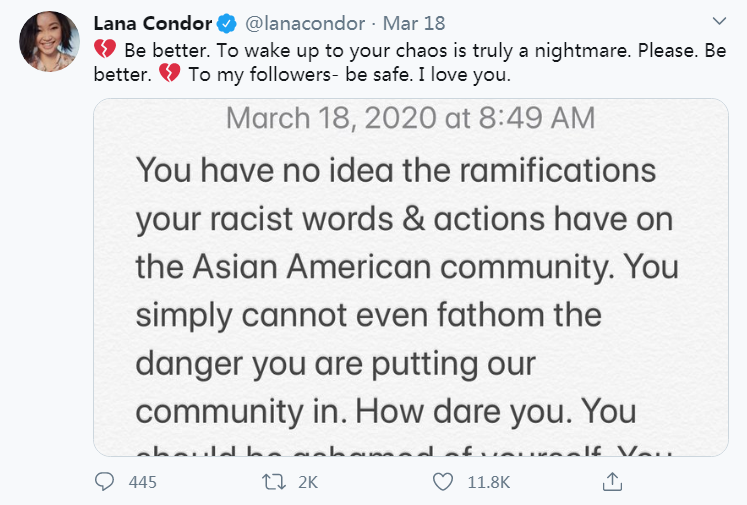 Other celebrities were swift to criticize Trump's use of racist language to refer to the virus, warning of potential implications on ethnic minorities in the country. 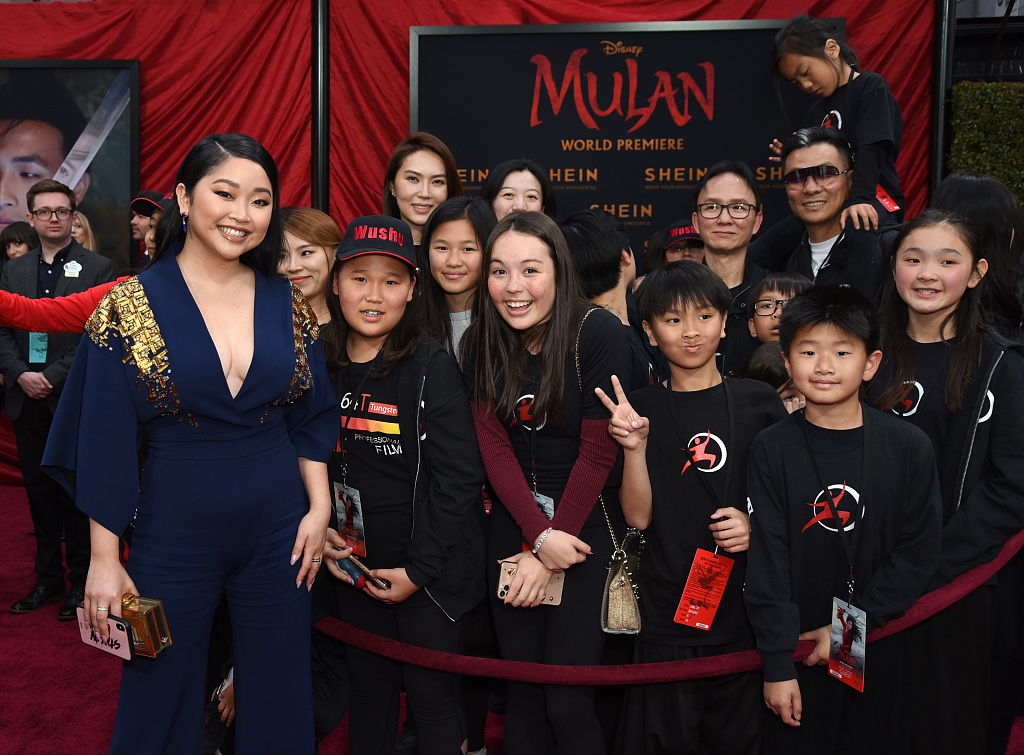 Vietnamese-born American actress Lana Condor, who made her acting debut in the 2016 superhero film "X-Men: Apocalypse," took to social media to condemn the president for his "racist words & actions." 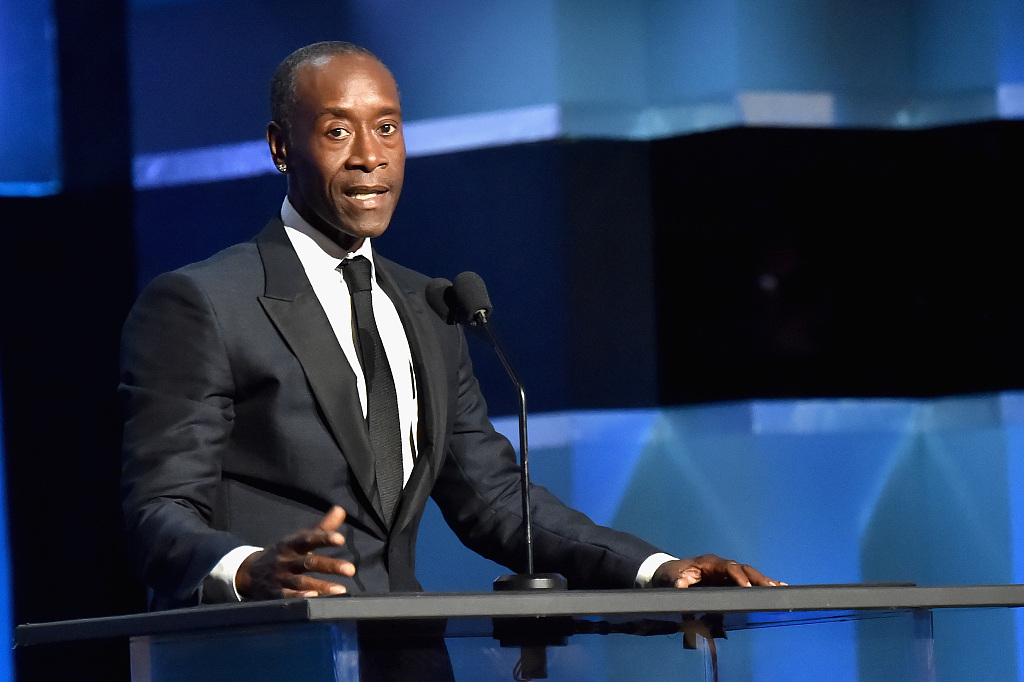 She shared her feelings in a posted note, saying that "You have no idea the ramifications your racist words & actions have on the Asian American community. You simply cannot even fathom the danger you are putting our community in. How dare you."

The 22-year-old actress also asked Trump to "take notes from Chinese billionaire Jack Ma who is ACTUALLY leading - by donating tests and millions of masks to AMERICA, because you haven't."

"House of Lies" actor Don Cheadle, who won the Golden Globe for Best Actor for his performance in the critically acclaimed film, retweeted Trump and wrote: "Chinese virus, huh? wow, still. aren't you feeling like you're in over your head yet?" 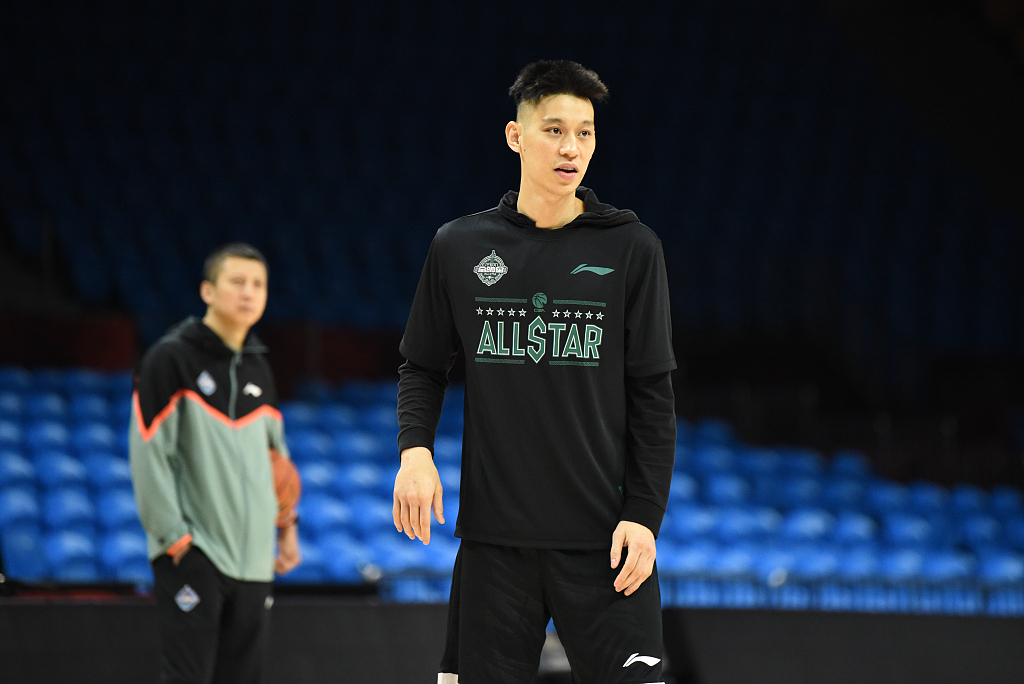 Jeremy Lin is seen during a training in Guangzhou, Guangdong, China, January 12, 2020. /VCG

Jeremy Lin is seen during a training in Guangzhou, Guangdong, China, January 12, 2020. /VCG

Jeremy Lin, the first Asian-American player to win an NBA title while playing for the Toronto Raptors, has also taken issue with the American president.

"I wish you would powerfully support the vulnerable people that will suffer due to our mismanagement of this virus, including those that will be affected by the racism you're empowering," Lin wrote.

Former U.S. Secretary of State Hillary Clinton on Wednesday criticized Trump's words as "racist rhetoric," which is an attempt to eclipse his poor response in curbing the virus outbreak.

Isolate the virus, not China! International society calls against discrimination

COVID-19 and racism: Waitress tells of attack in Italy