No, American government did not help China
Tom Fowdy 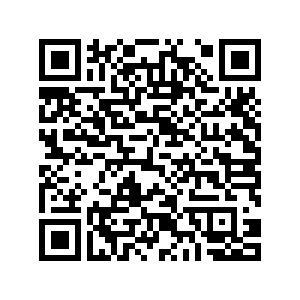 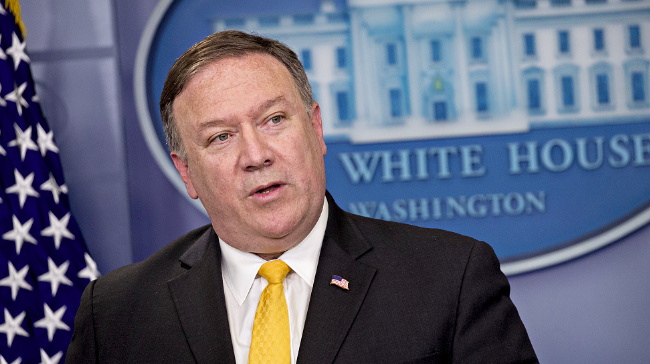 As part of its smear campaign to blame China for the outbreak of COVID-19 in the United States, Secretary of State Mike Pompeo told Fox News that America had "offered to send the best experts" to Hubei Province to help China combat the COVID-19 outbreak and that this, along with other offers of aid, was apparently refused by authorities. In doing so, he proceeded to claim that "these are the kind of things that the Chinese Communist Party has done that have put the world at risk."

The secretary of state is spouting outright misinformation once again. Whilst there is evidence that American NGOs, civil society, churches and businesses offered support and aid to China, the U.S. on a government level did not at any point offer assistance directly and instead utilized PR spin to give a false impression they were. This lack of action was mirrored in a consistent position from China's foreign ministry and ambassadors that complained about a lack of U.S. support. Instead, evidence lies in the fact that at this given point of time they saw the outbreak as an opportunity for America, than something to be addressed urgently.

What support did the United States provide to China during the peak of the COVID-19 outbreak? The Chinese Academy of Social Sciences found that China received up to one billion U.S. dollars in donations from American businesses (including Boeing), charities and non-profit organizations. However, did this include the government? The U.S. Embassy in China tweeted that the state department had "facilitated" the delivery of medical supplies and equipment to the Chinese people, whilst a statement from Pompeo claimed that America was "prepared to spend up to 100 million U.S. dollars in existing funds to assist China and other impacted countries."

Whilst private donations did in fact reach China, in practice this cited American government money did not and Pompeo's claim was misleading.

Looking on a USAID report released on March 2, the pledged 100 million U.S. dollars fund is now in fact earmarked for a list of developing countries throughout Africa and Southeast Asia to combat the virus and not China itself, committing to developing testing and providing assistance for these given countries without even giving mention to China.

As the report goes, "USAID has reviewed, and responded to, requests from the governments of affected countries for donations from our emergency international stockpile of personal protective equipment" excluding China. 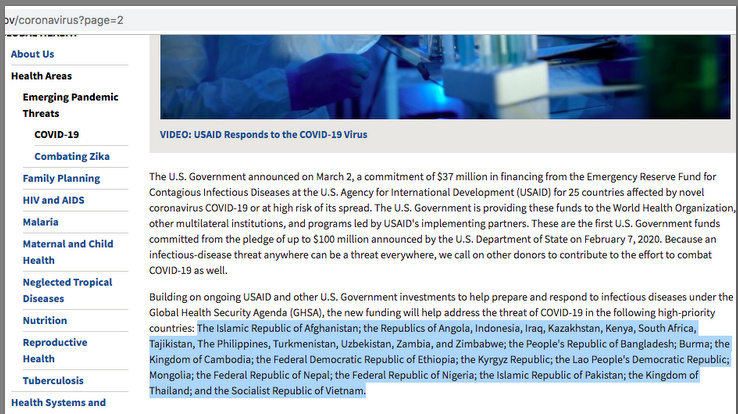 Screenshot of the USAID report released on March 2 shows the pledged 100 million U.S. dollars fund is earmarked for a list of developing countries throughout Africa and Southeast Asia to combat the virus and not China itself.

Screenshot of the USAID report released on March 2 shows the pledged 100 million U.S. dollars fund is earmarked for a list of developing countries throughout Africa and Southeast Asia to combat the virus and not China itself.

Given that no commitment to material contributions to China was made through USAID or any other government agency, is it accurate to say, as Pompeo is claiming, that America pledged to send Center for Disease Control and Prevention personnel to China, as well as other support and that Beijing said no? Larry Kudlow back in February also echoed this claim, as well as the New York Times that claimed China was the one "being reluctant."

However, China's diplomatic discourse at the same time reflects, as above indicates, the reality that really America didn't offer anything to China at all in the form of solid cooperation, but barring the transiting of private and independent donations.

On February 3, China's foreign ministry spokesperson Hua Chunying stated that, "The U.S. government hasn't provided any substantive assistance to us, but it was the first to evacuate personnel from its consulate in Wuhan."

China's Ambassador to the United States Cui Tiankai also commented: "I think clearly there is a need for the two countries to cooperate because this is a challenge to the entire international community…But, but, there's a big 'but'. For some politicians here in this country, maybe for some people in the media, I'm sorry to say that, they are not being so helpful."

And is it any wonder? During the worst of the outbreak in Hubei many American politicians seemed to interpret the crisis as an opportunity rather than a pledge to cooperate. Obsessed with the ideas of decoupling, geopolitical competition and criticizing China's government, it is quite obvious why they didn't focus on helping China overcome the virus and instead the State Department simply pretended to for the sake of good public relations.

In this case, Pompeo's claims on television that the United States offered to send experts to help China and rejected cooperation is misleading, and also changes nothing concerning the dynamic of the outbreak within the United States as of present.

Evidence shows that the American government actually made very little commitment to China, taking credit instead for private support and instead pretending to pledge money for it, only for the given fund not to include China at all. The secretary of state is with the rest of the administration, deflecting a national disaster for his own political gain and misleading the public.